Referral Program 2.0 has come to World of Tanks. Get the lowdown on this new addition below.

An invitation to participate in the Referral Program can be sent to a potential Recruit in the following ways: 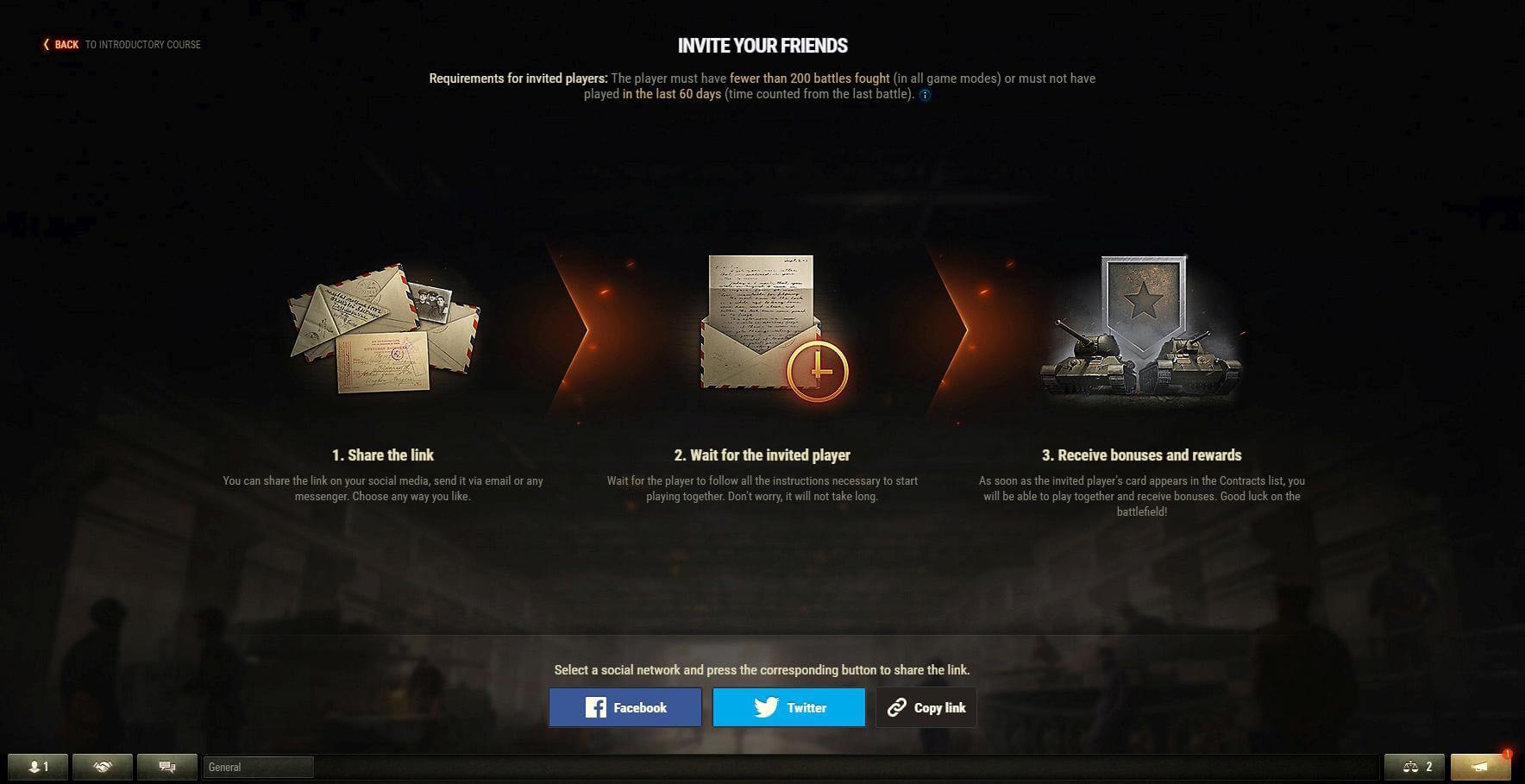 Clicking on the link will transfer the potential Recruit to the ’Invite’ landing page, then they will be able to create a new account or log in via the portal. To see whether the player is eligible to become a Recruit of the inviting player, a check is performed. If the Recruit passes the check, they should confirm their participation in the Referral Program with the player who sent the link (entering the nickname of the inviting player is mandatory).

Am I Eligible to Be a Commander/Recruit?

Any player who has played 1,000 or more Random Battles in the game is able to become a Commander and invite Recruits.

NOTE: Only two Recruits can be invited every four months. After four months a new period starts and the Commander may invite two new Recruits.

You can be recruited by a Commander if any of the following conditions are met:

The Recruit should follow the invitation link that the Commander sent him and join the Referral Program. After that, the Commander will have a Recruit card in the appropriate window.

Referral Program 2.0 will consist of three consecutive stages. To complete each stage, the Commander and their Recruit(s) need to work together and earn 500 Referral Points by accomplishing special missions in Random Battles. All in all, you need to earn 1500 Referral Points for all three stages.

Some of the Recruit missions can be performed independently, and others are only available while playing in a Platoon with the Commander as the Referral Points are shared in one "piggy bank". In the case of Platoon missions, progress will be faster, because the solo and Platoon tasks can be performed at the same time. The Commander has no solo tasks, but they can help their Recruit by playing together.

They say breaking up is hard to do, but it might be necessary. A referral contract can be ended at any time by any of its participants.

Referral connection can be broken in the following ways:

After ending the referral connection, its participants lose all progress and bonuses. Players keep the rewards received within the Referral Program.

Once the referral connection is concluded, both participants should receive a notification about it.

Important: Once terminated, a Contract cannot be restored.

The Rewards of Referral Program 2.0

By winning battles and earning Referral Points, the Commander and their Recruit(s) gradually fill the progress bar. As soon as the first stage is completed, both players receive a reward: 300 Bonds each, an inscription and a medal.

The reward for the second stage: 450 Bonds, camouflage and a medal.

After the completion of the last stage and with it the entire campaign, both receive 750 Bonds, an emblem, a medal, a unique 2D style and the opportunity to choose a Premium tank. The Commander also receives a special badge.

Recruit some friends, roll out and grab your reward tanks and other extras!