A Bit of Historical Background

Following the events of the Second World War, Germany was split in half—a Western and an Eastern Part—for almost 40 years. But in May of 1989, Hungary removed its border fence with Austria, cutting a hole into the Iron Curtain, the (not so) imaginary boundary that divided Europe from the USSR. Thousands of East Germans took this opportunity to leave their homes behind and flee to the West. Following this massive exodus and inspired by revolutions in nearby countries, such as Poland, protests in East Germany started to arise, calling for change. By November of the same year, even the Berlin Wall, perhaps the ultimate symbol of a divided Germany, began to crumble and fall.

These events and the unwavering call for freedom led to the first free elections of the German Democratic Republic in March 1990. The future was now in motion, and the negotiations between West and East Germany cumulated in a promise of unification. A complex matter, but eventually, Germany was officially unified on October 3, 1990, which has been the German national holiday ever since.

Free XP is a special kind of universal experience. It can be used to research standard vehicles and modules, as well as to accelerate crew training. After each battle, 5% of the earned experience is converted into Free XP. Additionally, the XP of Elite and Premium vehicles can be converted into Free XP. Use the better rate for converting XP to Free XP for gold (1 = 25 35) to unlock modules or standard vehicles with a discount!

Once you have completed all three German Reunification Missions, you receive a 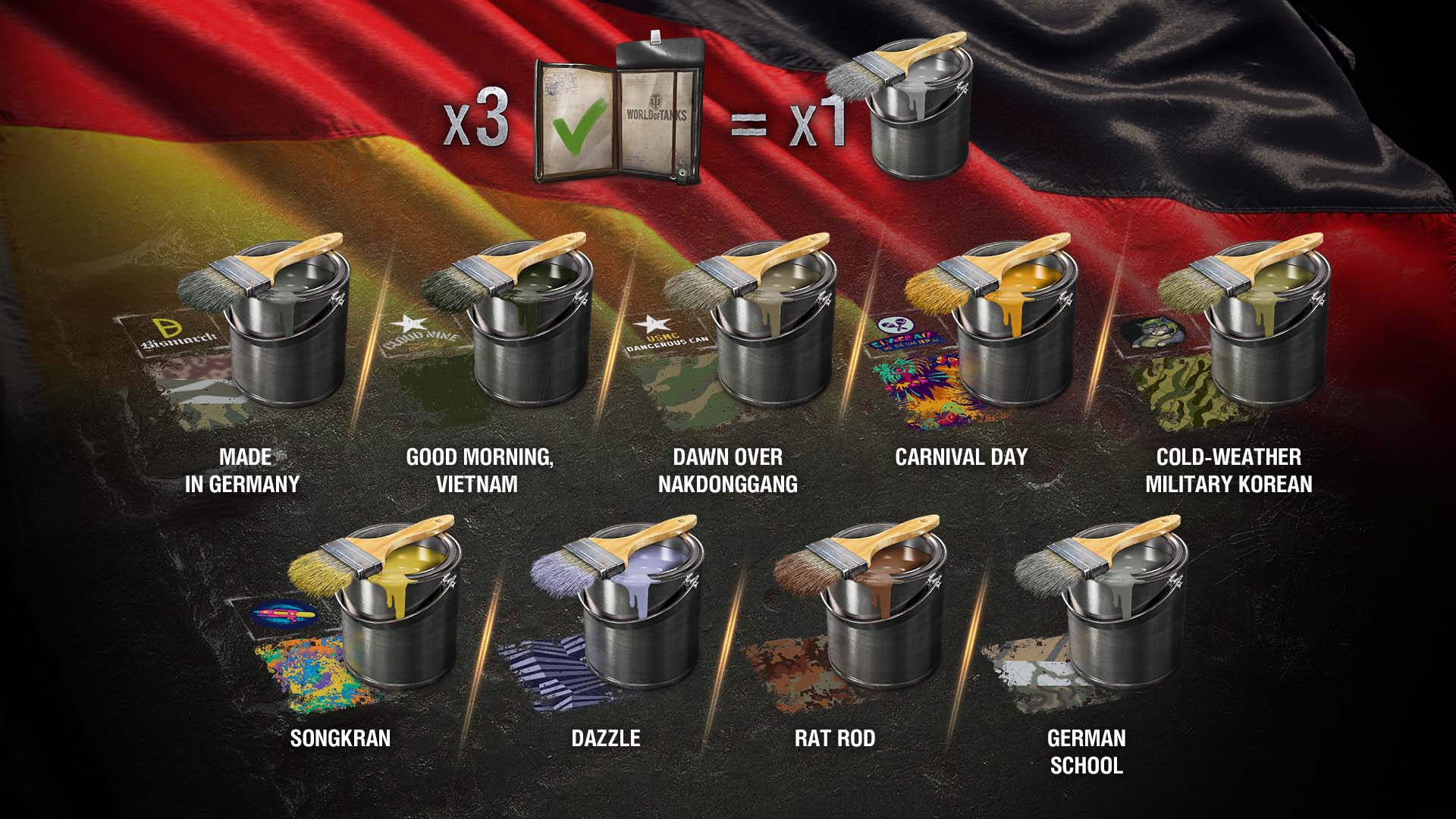 In addition to the Reunification missions, you can unite with a fellow commander to tackle the team effort missions! Extra fire extinguishers and first aid kits await those who put their strength together for success.

Celebrate unity with great specials and Roll Out!