Welcome back to our second and final part of this miniseries about the history behind the new American heavy tanks. Make sure to check out Part 1 for our first look at the curious designs and proposals by the H.L. Yoh company that inspired the new Tech Tree branch.

Part 2 will take us further along the sometimes bizarre ideas they proposed to the U.S. Army in the 1950s. Let's explore the grand plans and wonders of Yoh, including the original concepts of reserve tracks, one of the few feasible ideas now in the game! 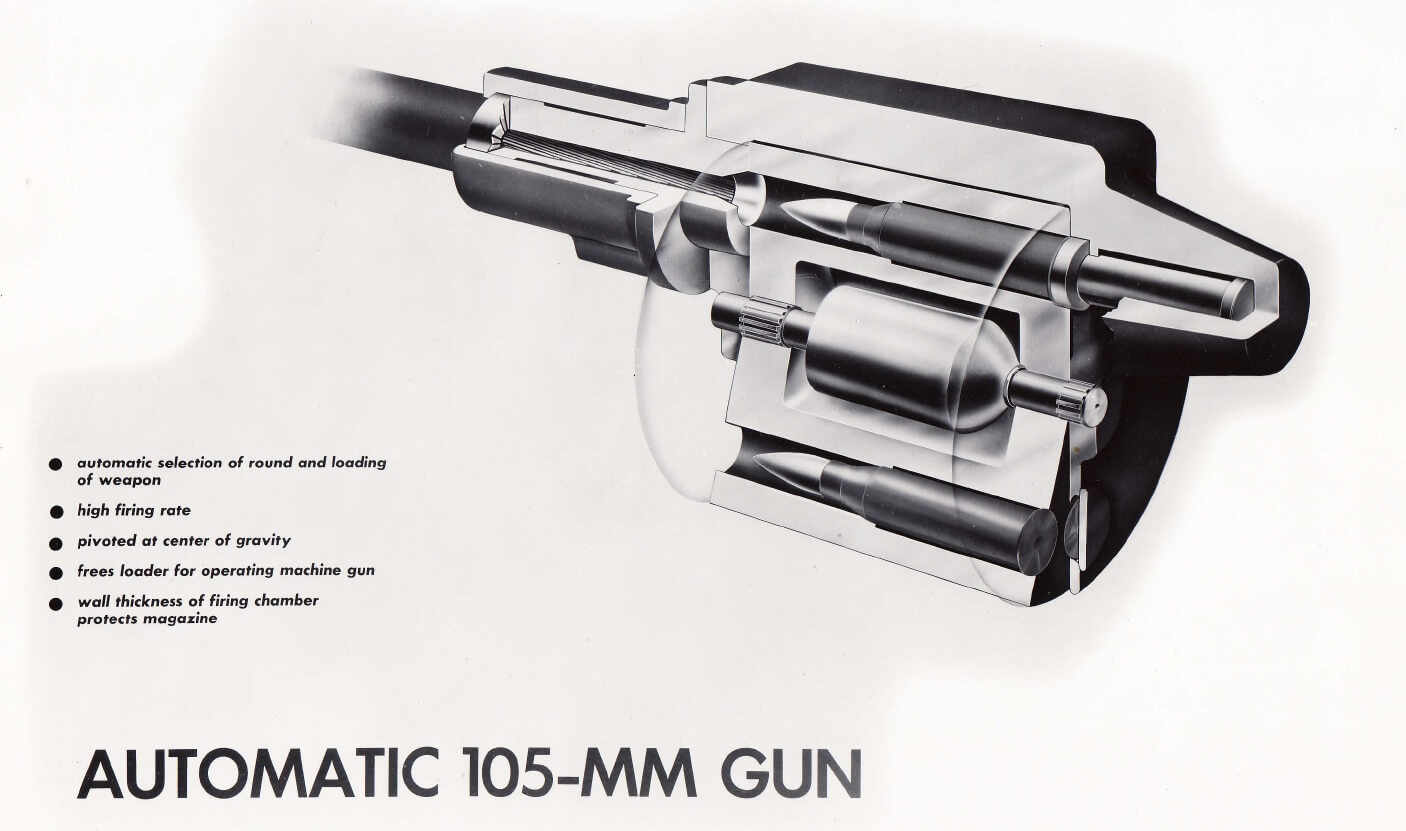 A concept for a revolving magazine that housed various rounds of 105 mm ammunition. The commander or loader would rotate the magazine until the desired shell type was in line with the gun. A plunger housing the firing mechanism then moved the shell into the gun chamber and locked in place to provide obturation. As the projectile moved forward when fired, it passed a port permitting gas pressure to unlock a breech plunger. Some of the remaining gas pressure forced the empty casing back into the magazine with the breech plunger behind it. The gun would then be ready to receive the next round.

While the idea is feasible (and a similar concept has been developed for the American Stryker MGS), it takes up a significant amount of space inside a vehicle. The M1128 Stryker MGS revolver-type autoloader isn’t very subtle. 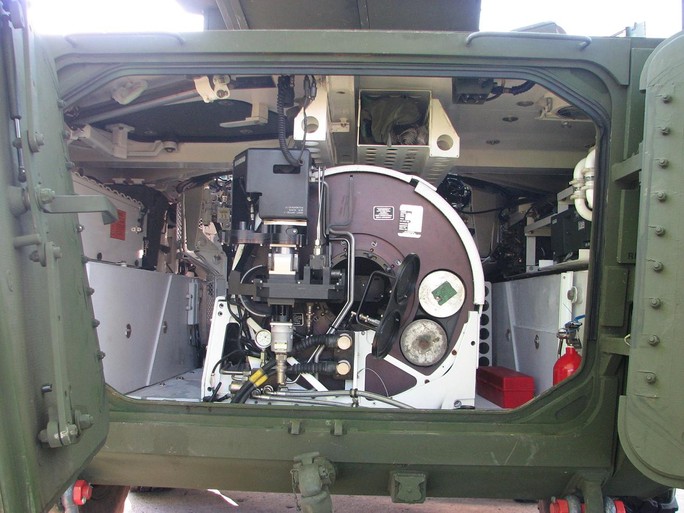 Additionally, the Yoh revolver seems to have been permanently fixed to the gun, thus adding to the gun’s overall weight. Not to mention the added difficulty in moving it and the amount of room needed to move up and down. A sliding block system could improve the situation, but we’re still looking at a lot of space taken up by the loading system. It is also unclear how gun recoil was handled and it could have been intended as a zero-recoil system.

A Track Within a Track 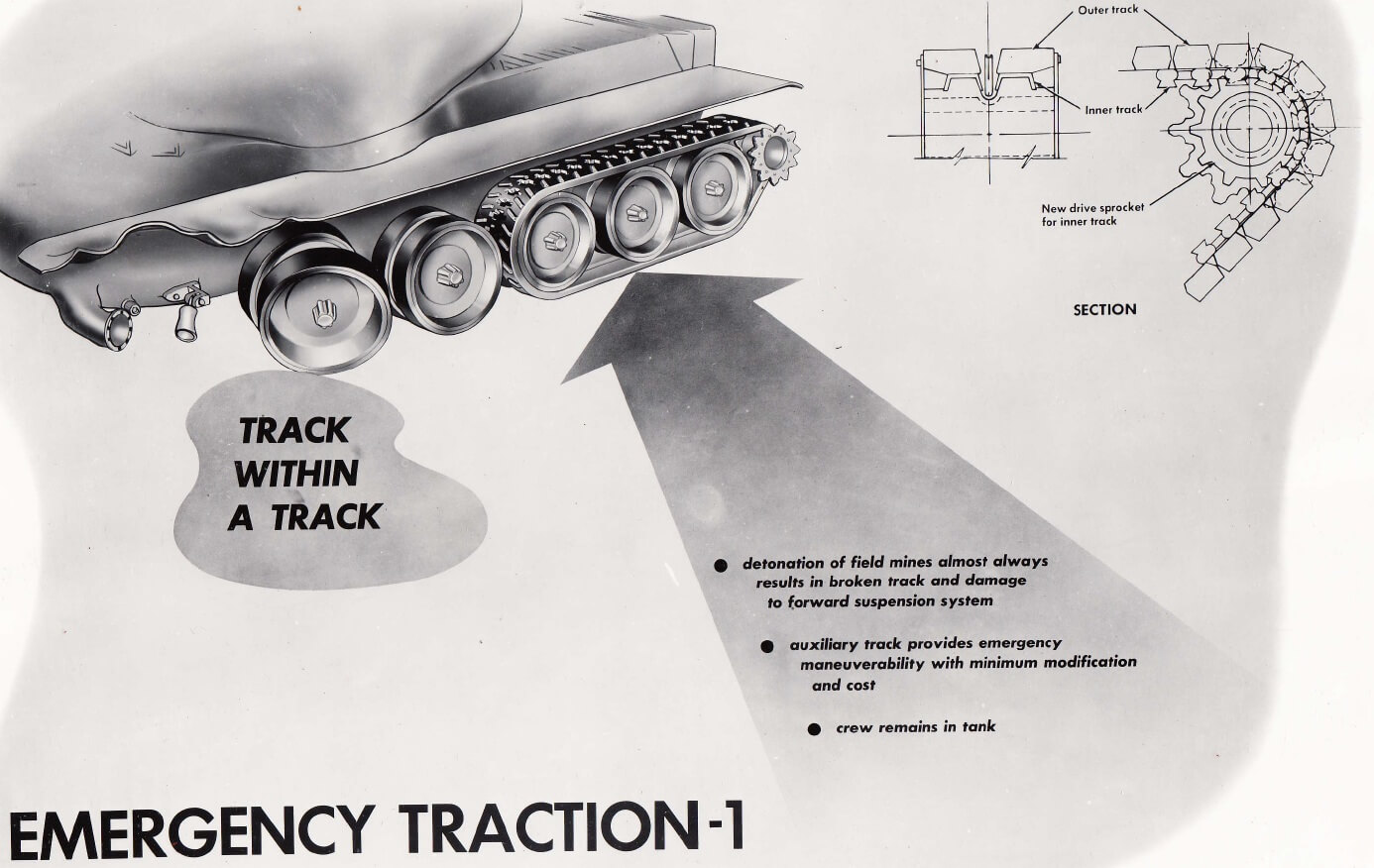 The “track within a track” was a concept for applying power to the bogie wheels in an emergency. The additional tracks were supposed to be mounted between the three rear wheels and the main track, driven by the main drive sprocket. It was intended as a permanent emergency system that engaged when the main track was thrown, damaged by a landmine, or subjected to enemy fire. Even if the main track was lost, this concept would make it unnecessary for the crew to risk their lives while carrying out repairs. The additional weight was considered negligible, especially if it meant saving the crew and tank.

While the “track within a track” idea seems far more sensible than the alternate proposals, it seems somewhat short-sighted to think that a track would break off clean, and pieces of suspension would be flung away without interfering with the inner track. And there are other possible ways that the full track could foul the system, which would require the crew to dismount before the inner track could be used.

Nevertheless, it is an interesting mechanic that you can now try in World of Tanks with the new Yoh vehicles: the M-II-Y, M-III-Y, M-VI-Y, and M-V-Y. 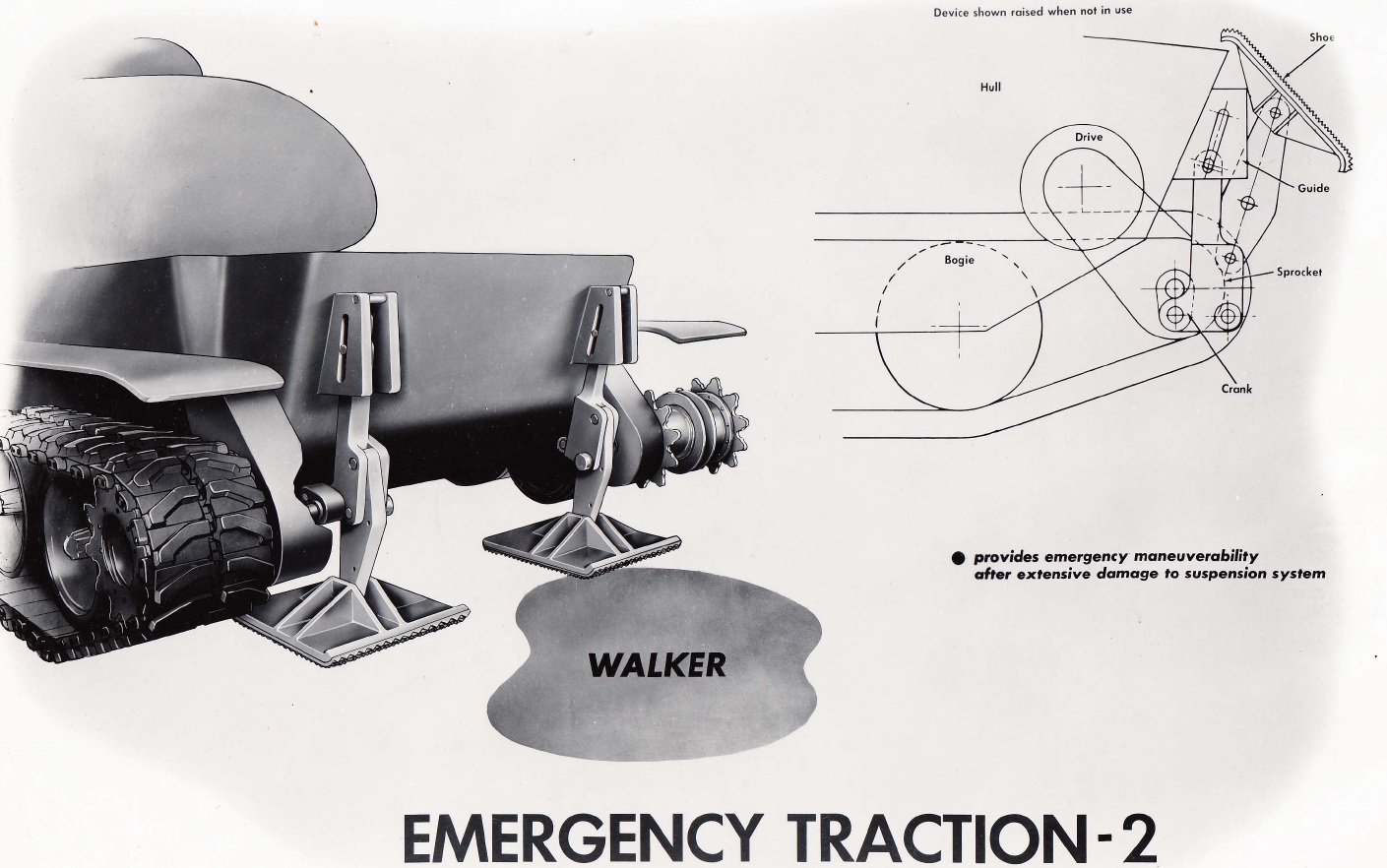 This walking device was one of the more unusual proposals by the H.L. Yoh company. It was intended to provide traction in an emergency. Each foot was powered from the same shaft as the main sprockets and could be controlled and driven independently in either direction.

The device was deployable from within the tank if track damage occurred, keeping the crew safely inside while driving away from enemy fire.

The idea was originally described as “unconventional,” but we prefer to call it "a bit absurd!"

A concept for an entirely restructured heavy tank outline with the engine in the turret. The supposed benefits of the updated interior were as follows:

In reality, this design had several substantial flaws. The placement of the engine in the turret would add a ton (or three) of weight higher in the tank. This would not only shift the center of gravity ridiculously high but also leave the turret motors with a significant amount of extra weight to deal with. And the idea of transmitting the better part of 1,000 horsepower to the tracks via an independently rotating double-sided gear ring under the turret traverse gear ring didn't take mechanical restrictions into account. The torque trying to push the turret in the opposite direction would likely cause a significant loss of power.

Overall, there is likely a reason why the U.S. Army never requested the H. L. Yoh company to prototype any of their concepts.

While neither the company’s ideas nor the Yoh tanks ever made it onto the battlefield, you can try them out in World of Tanks right now. Head into battle and experience their unique design and the brand-new “track within a tack” mechanic!