Welcome to a new series, in which we look back at the events taking place on this day of the year during World War II.

Bardia was a small town in Libya, close to the Egyptian border. During the early stages of the war it was held by the Italians under the command of General Annibale Bergonzoli. In 1940, the Italians pressed forward into Egypt, but were pushed back to Bardia by British and Indian forces.

On the morning of January 3rd 1941, the 16th Brigade of the 6th Australian Division attacked the Italians in Bardia while their cohorts in the 2/6th Battalion caused a diversion. Later that day, the 17th Brigade joined in the attack, which was composed primarily of infantry supported with tanks and biplanes. 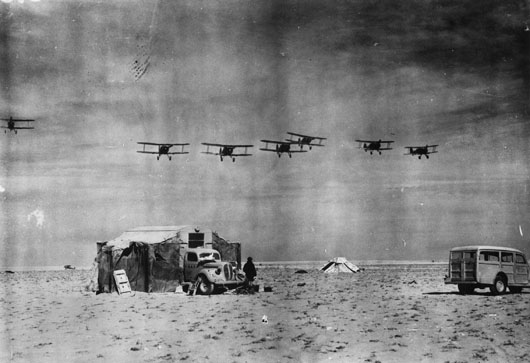 Biplanes supporting Australian troops during their attack on Bardia

The Battle of Bardia was Australia’s first military action in the war, and proved very successful. Within two days, the Italians had been driven from Bardia completely. Stories state that the Australians were delighted with their success and celebrated the next day in the true Australian fashion!

Bardia would go on to change hands between the Allies and Axis several times throughout the African Campaign. It was eventually abandoned by the Germans following their defeat at El Alamein in November 1942. 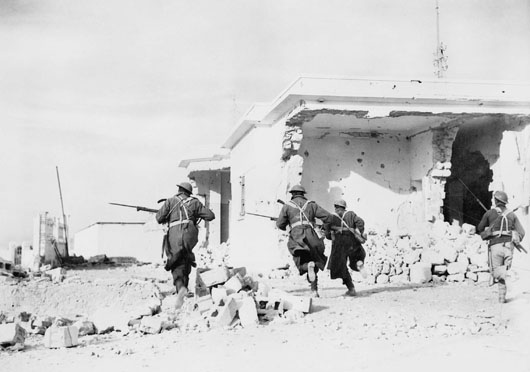 Remember the past and live for the future, Commanders!