Medals of Renown is a new series in which we take a look at the names of the medals in the game. Have you ever received one of these epic achievements and wanted to know more about the people they are named after? Here’s your chance!

This month we take a look at Kolobanov’s Medal, which is awarded for winning a battle after you have been left as the only surviving tank on your team against five or more enemy vehicles.

Zinoviy Kolobanov was a Soviet tank commander during World War II who was in charge of a KV-1 tank and is often considered to be the USSR’s second top scoring tank ace.

He was born in the early 1910s and joined the Red Army in 1933. In 1939 he served in the Winter War against Finland and was part of the column entering Vyborg at the end of the conflict. Although originally commended by the Soviets for his actions in the war, he was soon reprimanded for fraternising with the enemy. Nonetheless, his skills were soon needed again and he was transferred to join the fighting against the Germans. 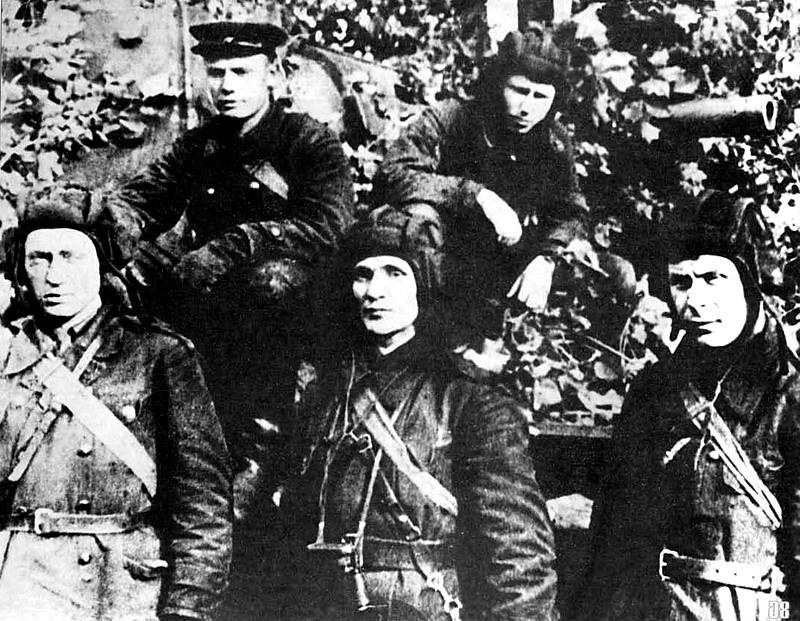 Kolobanov and his tank crew

On 19th August 1941, he had his finest moment when he was in command of a small unit of five KV-1 tanks operating near Krasnogvardeysk (now Gatchina), which is near Saint Petersburg (Leningrad at that time). Kolobanov’s unit was dug in and hidden at the edge of a swamp, and were able to ambush an entire column of German tanks – the 8th Panzer Division.

Indeed, the ambush was so well-staged that two German tanks were destroyed before they even worked out what was happening. Even after realising they had been ambushed, it took them a while to work out where the attack was coming from, by which time Kolobanov’s team had destroyed the German tank at the rear of the column, trapping them all in one place.

By this point, they had spotted Kolobanov’s tank, but the other four KV-1 tanks in the unit were still hidden. The Germans tried to pursue, but got bogged down in the swamp, while all five KV-1 tanks shot at them. In total, 43 German tanks were destroyed (mostly Panzer IIs and Panzer IIIs), 22 of them by Kolobanov’s own KV-1.

After the battle, Kolobanov and his crew discovered that their KV-1 had been hit 135 times – none of the shots had penetrated the armour. For his efforts, Kolobanov was awarded the Order of the Red Banner, given for extraordinary heroism and courage on the battlefield. The driver, Andrei Usov, received the Order of Lenin for exemplary service.

Despite suffering serious injury in 1942, Zinoviy Kolobanov survived the war. In total, he served in the Red Army for twenty five years before leaving in the 1960s as a Lieutenant-Colonel. Although he received many awards for his service, he was never honoured as a Hero of the Soviet Union. He went on to work in the Minsk Auto Works in Belarus. In the early 1980s, a memorial monument to Kolobanov was built in the village of Noviy Uchkhov. The monument consists of a tank on a plinth. However, as they were unable to find a KV-1, they had to settle for an IS-2! 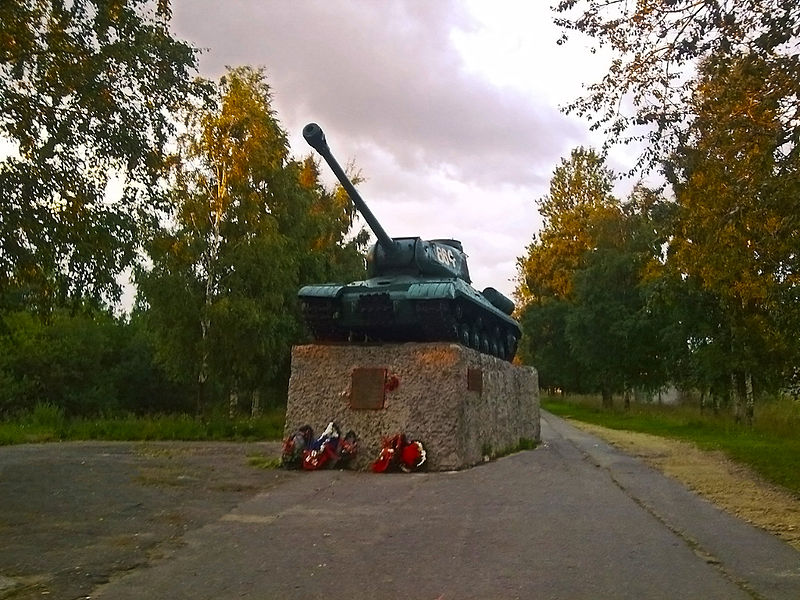 The monument in Noviy Uchkhov. That is indeed an IS-2.

Zinoviy Kolobanov died peacefully in 1995. Another monument was constructed in his honour in Minsk in 2006.

Please note: There are a number of differing sources on the history behind Zinoviy Kolobanov, and so fact can differ slightly from one source to another even on things such as the number of vehicles he destroyed in his engagement. We have taken the information from one version and tried to portray it as closely as possible, but you are free to draw your own conclusions from other sources as well!

Time to earn your Kolobanov’s Medal in game, commanders!