As this month is all about American light tanks, it is a great opportunity to look at one of the iconic American vehicles: the M41 Walker Bulldog. However, instead of looking at its combat history in U.S. service, let's focus on its use by nations it was exported to, especially Vietnam.

A Quick Look at the M41's Development and Design

Everything started in the early fifties with the development of the T41E1 and E2 vehicles in the Cleveland Tank Plant. After some tests to meet the American army standards, the tanks became the 76mm gun tank M41 and M41A1. They were originally referred to as "Little Bulldogs" but were renamed "Walker Bulldogs" as a tribute to the late Lieutenant General Walton H. Walker, who passed away in an accident in South Korea.

Speaking of which, you have to remember the Korean War outbreak drastically increased the American Army's demand in new tanks. As a result, many vehicles were rushed into production, starting with the M41, which had to succeed to the venerable Chaffee. Thus, from 1951 to 1954, over three thousand M41s came to life, most of them equipped with a 76mm gun, shock absorbers, and various recon equipment. 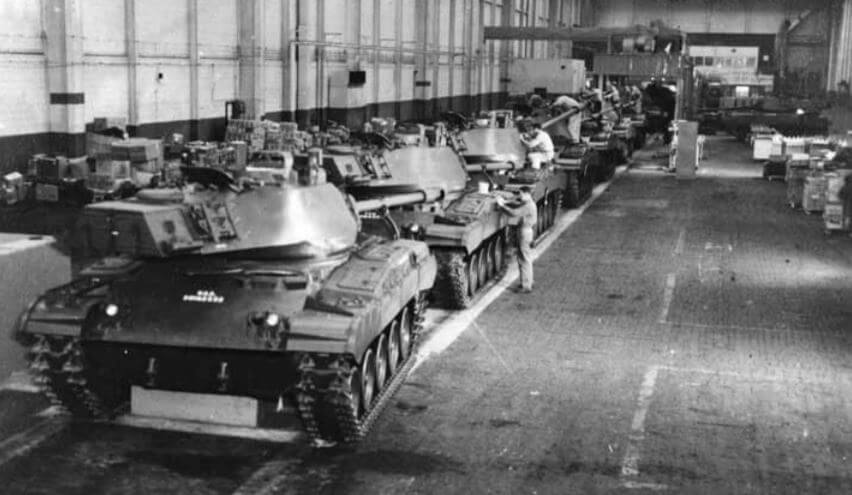 M41s on the assembly line of the Cleveland Tank Plant.

Different guns, like a 90mm cannon, were contemplated, but by the mid-fifties, the Americans were already interested in different designs, leading to the development of tanks such as the Sheridan, another light tank, but also further variants of the Patton, a medium tank.

M41s Used by Other Armies

More than half of all produced M41s were eventually exported to U.S. allies from the late 1950s onward. Over two dozen countries imported the M41, either directly or as part of various American military aid programs. Because of its export to so many countries, it was inevitable that it would see combat, often by rebel forces in revolts against their governments.

Perhaps the most famous of these was the Bay of Pigs invasion in 1961: five M41s were used to support the rebel brigade and engaged a number of T-34-85s and SU-100s from the Cuban Army, emerging victorious on all occasions. When the invasion failed, the undamaged M41s were destroyed by their crews. Aside from Cuba, M41s were a common sight in numerous coup attempts in Central and South American countries who received American military aid. 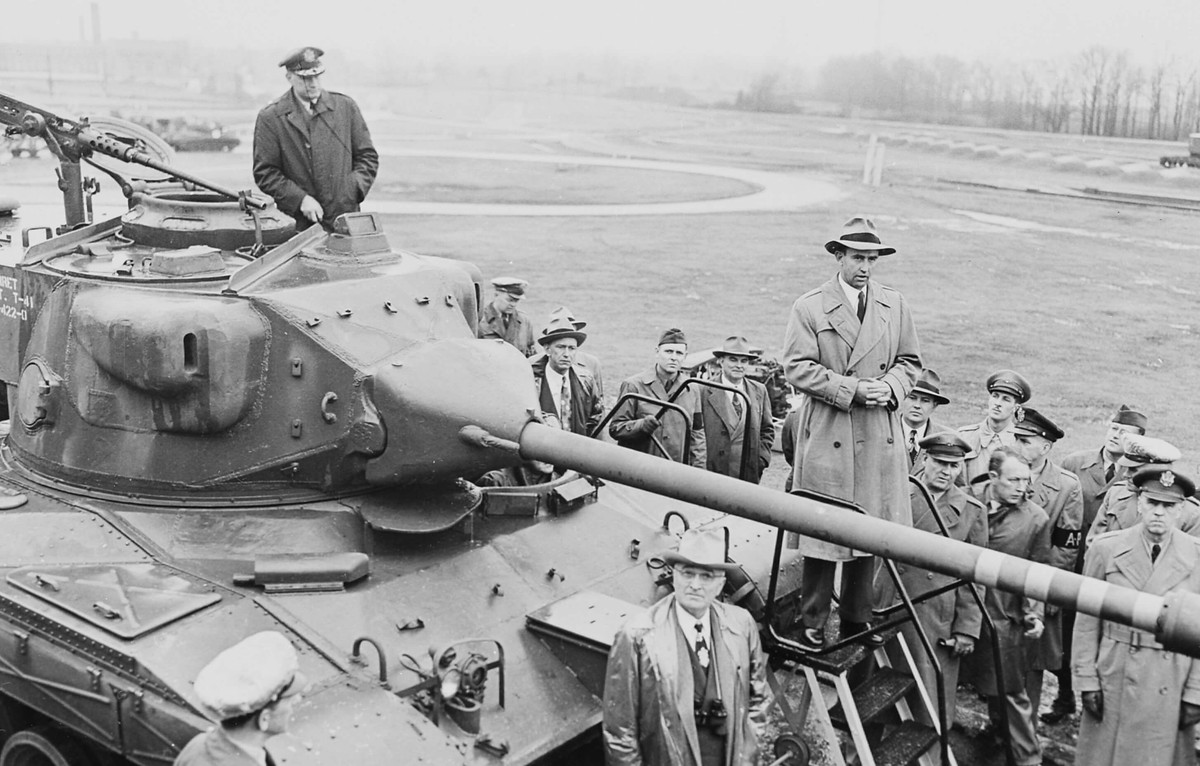 President Harry Truman with an M41 prototype, back in 1951

The M41 also saw combat service under a number of nations in Africa, the Middle East, and Asia. For example, they made up most of the Ethiopian armoured force. Later, T-54/55s were purchased to reinforce their army. The M41s eventually saw action alongside the Soviet tanks during fights in the Ogaden Desert in North Africa.

In the Middle East, Lebanon had a small number of M41s and AMX 13 light tanks. When the Lebanese Civil War began in 1975, the Lebanese Army virtually disappeared; much of its equipment fell into the hands of warring factions. Whether the M41s were used is not known, although evidently there was no contact between them and the Israeli Army.

In the Vietnam War

But it was in South Asia that the M41 saw most of its combat service. During the early 1960s, American forces conducted a number of manoeuvres in Thailand in response to communist moves in Laos and South Vietnam. These campaigns also introduced U.S. troops to jungle and counter-insurgency warfare. To bolster their defences, Thailand received several M41s that saw action in various clashes with communist-backed insurgents along the Thai border with Laos and Cambodia and during coup attempts and civilian unrest in its major cities.

In South Vietnam, the Army of the Republic of Vietnam (ARVN) had been initially equipped with M5s and M24s after the French retreated from Vietnam in 1954. The first vehicles were quickly discarded, but the latter remained active until 1965. By them, the ARVN received some M41s, assigned to raise the siege of the Plei Me Special Forces camp in the Central Highlands. Following this action, tanks started to be used very differently.

Their role became more political, as the M41s, in particular, were placed near cities and bases to protect high government or military officials and serve as a counter to possible coup attempts. But during the 1968 Tet Offensive, the ARVN armoured units gained significant experience by pushing back the communist attacks over cities and bases. Following this battle, the M41s of the ARVN started to spend more time on the field and performed admirably alongside their U.S. counterparts.

They took part in the Laos invasion of 1971, cutting Ho Chi Minh trailer. They had to hold their ground against the North Vietnamese Army (NVA) counterattacks, fighting against T-54s, T-59s, T-34s and PT-76s which rushed south toward Quang Tri and Da Nang in March 1972. They even faced relatively new technologies, like anti-tank missiles and had to cope with heavy losses until elite paratroopers, Marines and Rangers retook Quang Tri.

After the signing of the Paris Peace Accords in 1973, both sides again began to rebuild their strength for the final showdown. Losses were already signed and a series of conflicting orders by President Thieu resulted in the loss of even more M41s, M48s, and other armoured vehicles. Actually, some M41s were also captured in large numbers by the NVA and incorporated in their own armoured units. With the loss of so much of their armour, the South Vietnamese could do little to stop the communists, although a few ARVN tank units fought until the end at Loc Ninh and the surroundings of Saigon.

Following their victory, the NVA used a large number of captured M41s as occupation forces in the South. These were later used during the Vietnamese invasion of Cambodia and played an important part during the decade long war waged in the country until the Vietnamese withdrawal in the late 1980s. Some M41s may have been left behind to equip the Vietnamese installed Cambodian government, but we have next to no information on this. In all probability, the M41s left in Vietnam continued to soldier on until a lack of spare parts forced their retirement.

As you can see, the M41 Walker Bulldog has a rich military background. It very much deserves to be called a classic. Take your Bulldogs for a spin and show the enemy team it's still got plenty of fight left in it.