This month, we're celebrating the STB-1 through our latest Top of the Tree. You might know this great Japanese tank, but did you know it was one of the ancestors of the vehicles described as Main Battle Tanks, or MBTs? Let's dive into its story and that of those that preceded it!

By the late fifties, the age of the heavy tanks was definitely over. New guided missiles and other shaped-charge munitions could now penetrate almost any steel armour, without relying on their thickness. The tank of the future would surely carry less armour, and with a thinner skin came a smaller silhouette, which was also one of the tanking trends at the time.

Moreover, with Europe now getting back on its feet, the idea of a common tank project became quite popular among the headquarters of the French, German and Italian armies. The idea was to create a mobile, quite compact and heavy-hitting tank, equipped with a 105 mm gun and designed to protect Western Europe. This program started in 1958 and involved French, German and Italian specialists, at least until the first two countries decided to go their own way - so much for the European entente.

Ever since 1963, Germany wanted to produce a lot of vehicles: no less than 1,500 tanks were ordered. By September 1965, the Leopard 1 was handed over to the Bundeswehr. The German efficiency was stronger than ever, and delivered this new vehicle in no time, thanks to experienced companies, such as Wegmann from Kassel, known for turning WWII vehicles into flamethrower tanks, or Krauss Maffei, which was building semi-tracked vehicles a few years before that.

With a classical layout but a focus on firepower and mobility, the Leopard 1 would soon become the standard among European forces. Equipped with a 105 mm rifled gun mounted on a cast and a welded turret, the Leopard 1 was offered to other countries in 1967. Its biggest consumer was the Netherlands, with no less than 460 tanks imported, but Belgium, Australia, Brazil, Greece, Denmark, and even Italy - which was part of the original deal - also bought many of these tanks. So many, that they are still in service - with national and modernized variants - in certain countries to this day.

On the other side of the Rhine, France worked on its own prototype of the Main Battle Tank. Two vehicles were ready for testing by 1960, but it would still take three more years to assemble seven extra tanks. Unlike Germany, France went full trendy focusing on two things: mass and compactness. Christened AMX 30 B, the tank was "only" 32.5 tons heavy, 3.1 metres wide and 2.28 metres high. These characteristics made the AMX 30B one of the most compact tanks of the NATO armies. It was also very easy to transport on railways. 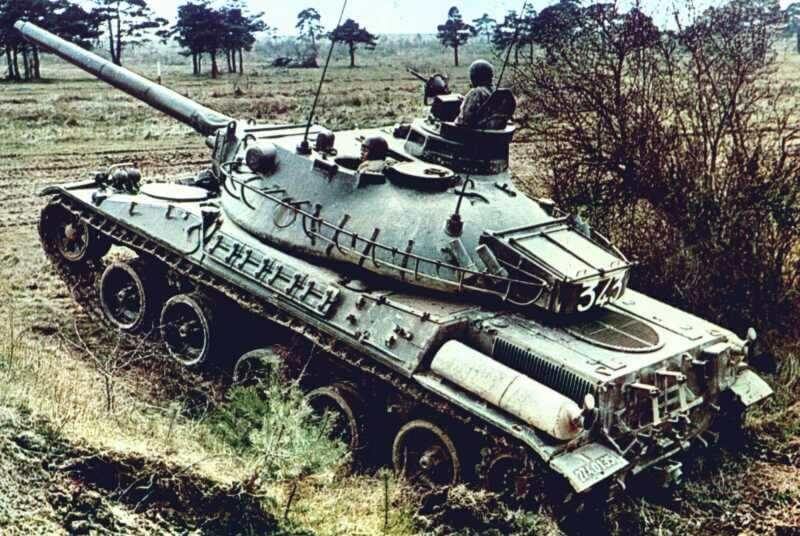 Just as their German peers, French engineers chose to stick to a classic layout, but also a classic turret. France was already known for its innovative oscillating turrets, but these were too heavy, too tall and pretty hard to isolate from radioactive fallout, contaminated dust or water in case the vehicle had to cross a river. However, a tank only works with a crew right? The first production model of the AMX 30 arrived on June 1966, and was slightly heavier than its prototype. It stayed in service until 2011, was exported to a dozen of countries and was modified into even more versions, which is quite impressive.

So what about Japan in the end? Almost simultaneous with the European project split up, the idea that armoured tanks could be developed in Japan came up. In the early 1960s, the Type 61 was still operating, but the military leadership was hoping for a new vehicle. And of course, the Japanese didn't shy away from the tendencies: they asked for a compact vehicle of no more than 35 tons, equipped with a powerful engine and a 105 mm gun.

These requirements were addressed to Mitsubishi, which started to develop the idea. That said, until 1964, the Japanese had no clear understanding of whether the tank would be a modification of the Type 61, or a completely new vehicle. But in the end, the company went for a brand-new tank. Its first prototype arrived in 1968 and was named STB-1. It would be further developed in the early 1970s and become the Type 74, the Japanese version of the MBT concept. And contrary to the Leopard or the AMX, it would only be used by the Japan Ground Self-Defense Force.

Here you go for your prelude to the MBT, commanders! Roll out!