This month, you can experience the might of the Soviet tank destroyers, thanks to our new Top of the Tree. We usually dedicate an article to the last vehicle of the selected Tech Tree, but for this month, we chose to take a closer look at two iconic vehicles: the SU-152 and the ISU-152, instruments of the Soviet victories during World War II. Enjoy!

The development of the SU-152 in 1942. At that time, most of the Soviet factories were dedicated to the production of the most famous tank of the Red Army: the T-34. But despite its many talents, this vehicle could not charge alone on the battlefield. Engineers fought about the bunkers and pillboxes that would eventually be in the armoured regiments' way. To fight against these fortifications, the association of the 152 mm ML-20 gun and the robust KV-1 hull looked ideal. 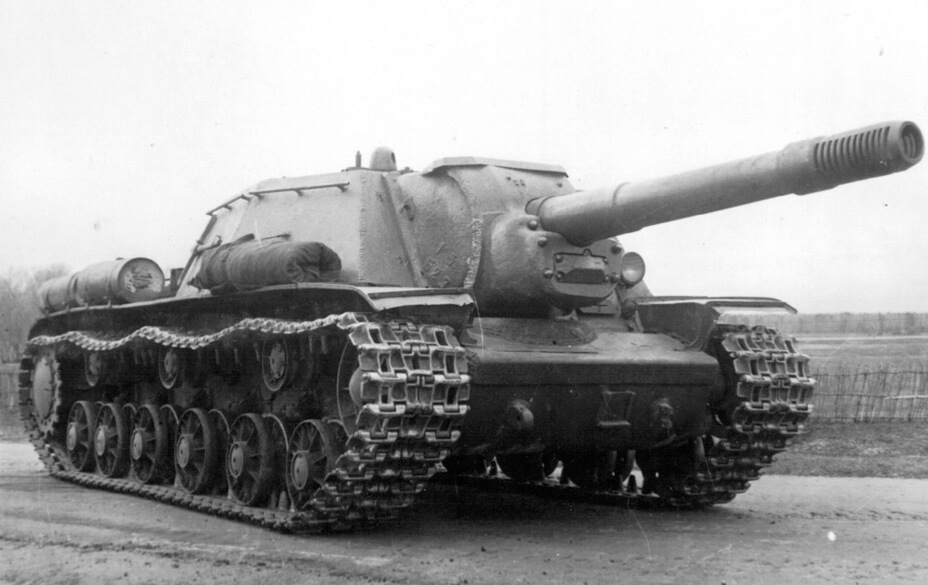 But the future vehicle would have to bear extreme fighting conditions, drive up to 200 kilometers, fire more than 300 shells without repair, and withstand the coldest environments. Despite these challenges, the SU-152 proved itself worthy and entered mass production.

From Fortification to Tank Destroyer

At first, the construction of SU-152 did not differ from that of other tanks. However, since the Red Army needed these vehicles as soon as possible, a lot of factories had to skip some steps from the production. This lead to rather strange tanks. Often, the side armour wasn't cut properly and went above the roof of the vehicles, or even in the view of the observation devices! 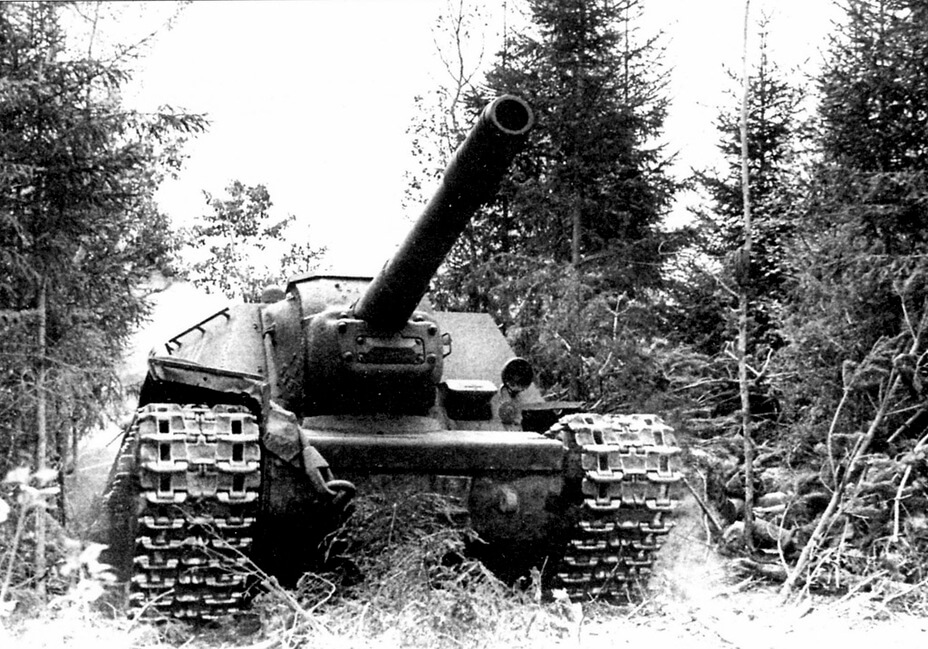 But despite its rough production, the SU-152 was sent on the first line. The first engagement of these vehicles was no other than Kursk, where these destroyers of fortifications turned out to be pretty good tank hunters. For instance, the 1541st Self-Propelled Artillery Regiment reported 11 self-propelled guns, 39 medium tanks and 7 Tigers destroyed between 8 and 18 July 1943.

Such impressive performances - especially for a battle debut and without any armour-piercing shells ready for it - made the legend of the SU-152, which received the nickname "Zveroboy" or "Beast Hunter" in reference to the animal-based christened German tanks. That said, the tank destroyer wasn't a perfect vehicle. Far from it, actually. The poor design of the periscopic instruments caused a lot of machines loss. The fighting compartment was also ill-conceived: a really small space (check the gallery below), with barely enough room for 30 shells, and a tank fuel ready to explode, burning all crew members with it.

But Soviet tankers learnt to tame the Zveroboy, and some commanders made it even more dangerous. Such was the case of Guard Lieutenant S. A. Stychinsky, who fought an entire German tank group in July 1944, using hilly terrain and harassment tactics to make the best of its SU-152 strengths.

The adoption of the IS-85 tank, and more generally the popularity of the IS tank family among the Red Army indicated that the era of the KV-1 based vehicles was coming to an end. Yes, the SU-152 turned out to be pretty successful during the battle of Kursk, but later, in the summer of 1943, the Soviet started to pitch a vehicle with similar guns, this time mounted on the strong hull of an IS machine. 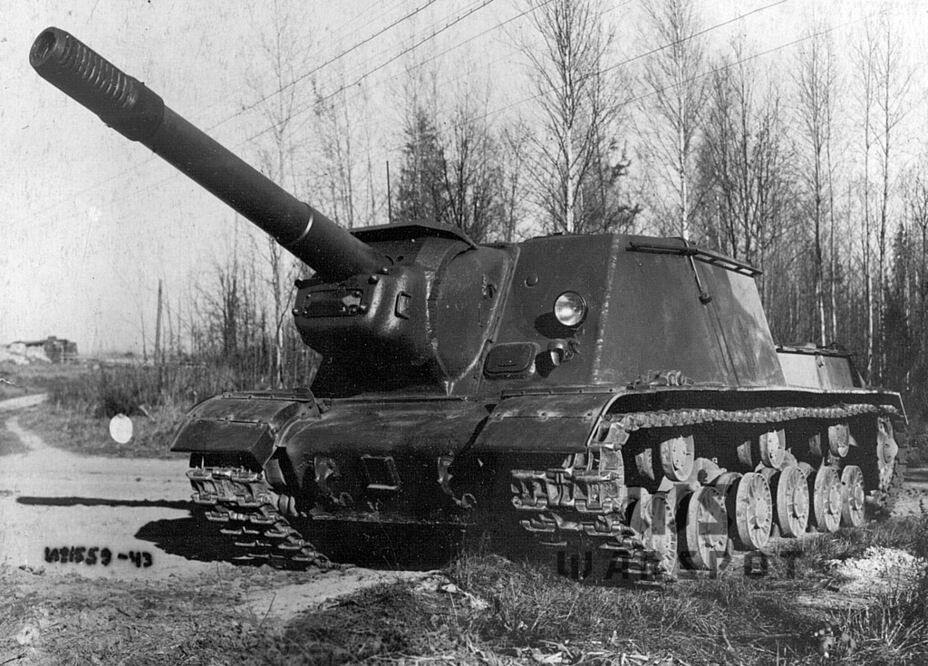 That's how the ISU-152 was born. And the little brother learnt quite a lot from its predecessor. Soviet engineers indeed took the feedback from the SU-152 crews into account while designing their new machine, which was slightly more spacious. Plus, the infamous fuel tank was finally moved out of the fighting compartment! The observation was still painful though, and the seats of the commander or the gunner were considered inconvenient at best. But despite its flaws, the ISU-152 was rapidly produced.

The development and construction of the ISU-152 took only a few months. In November 1943, Joseph Stalin himself ordered the production of this tank, and several decrees made sure to reinforce its will. Certain factories also stopped producing T-34 tanks in favour of the brand new ISU-152. In total, between 1943 and 1947, 2,815 vehicles were produced. That's more than two ISU-152 per day, which makes this machine the most produced self-propelled gun in history. 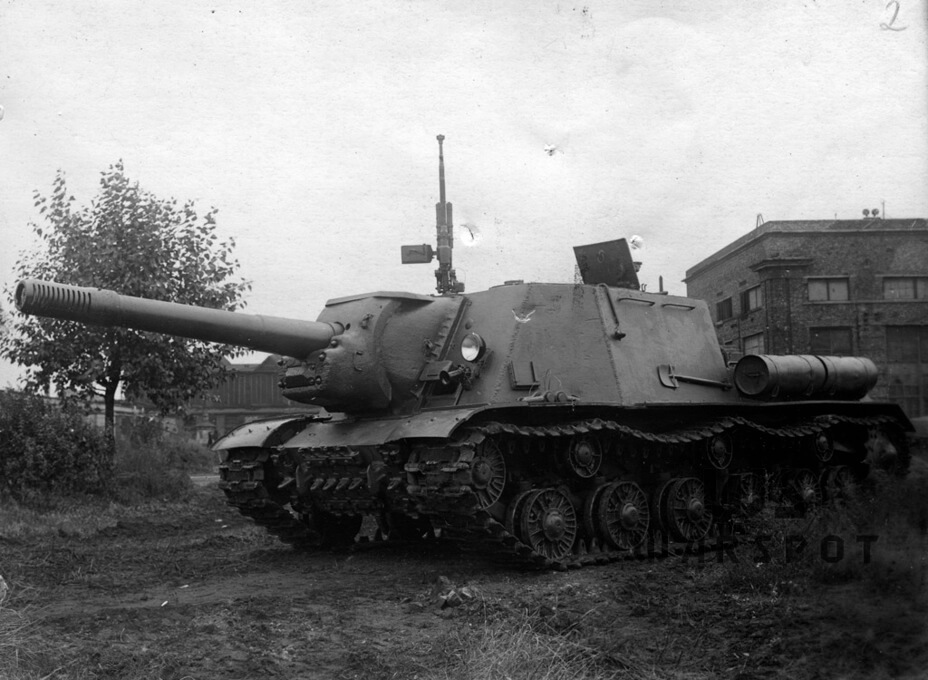 Why was the ISU-152 so successful? Well, it was conceived with three main objectives in mind: the destruction of fields and fortifications, fighting tanks on long distances, and supporting infantry during the assault. Very different objectives, and yet, the ISU-152 solved all these challenges.

A Storm Is Coming

One of the most useful features of the ISU-152 was its armour. It allowed the vehicle to withstand the shells from the enemy's positions and return the favour with direct fire. A brutal and yet efficient combat doctrine when it came to level down fortifications and lines that the artillery could not hit. 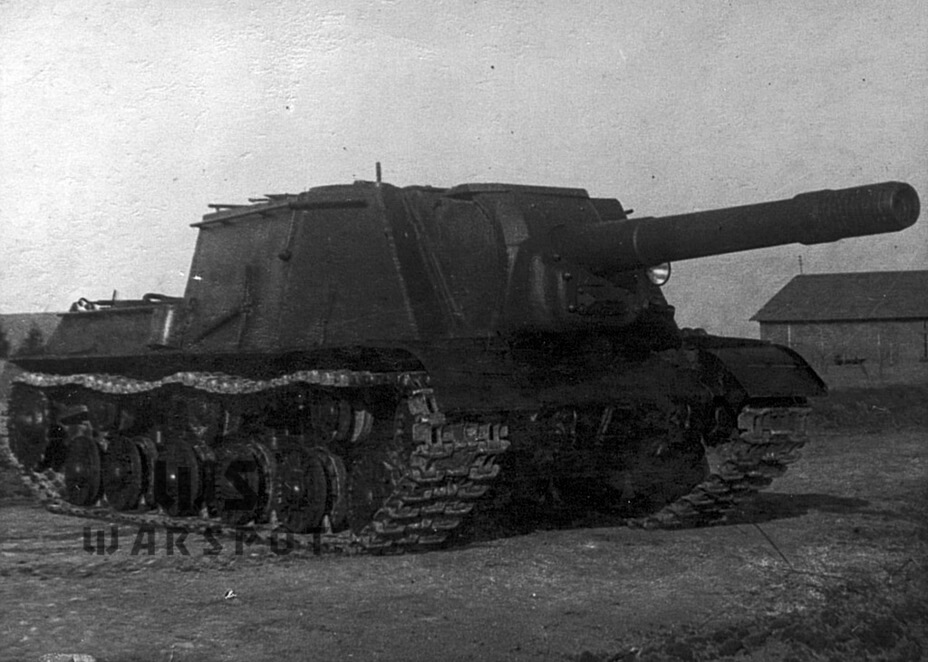 So efficient, in fact, that the ISU-152 stormed dozens of cities and fortifications during World War II. Their mobility, good armour and the destructive power of high-explosive shells proved to be a dangerous association, that Koenigsberg and Berlin best defences could not stop. Even the proud Kwantung Army from Japan will heave to surrender when these tanks shot their last volleys, on the other side of Eurasia.