On this D-Day's 75th Anniversary, we wanted to pay respects to those who fought in the Normandy landings, and the strange machines who accompanied them.

Planning landing operations involving tanks is not an easy task, as you can imagine. But by 1944, the Allies already had some experience in that field, thanks to the campaigns conducted in Madagascar and Dieppe. Thus, while preparing Operation Overlord, the generals involved came up with a list of modifications to apply on their tanks. 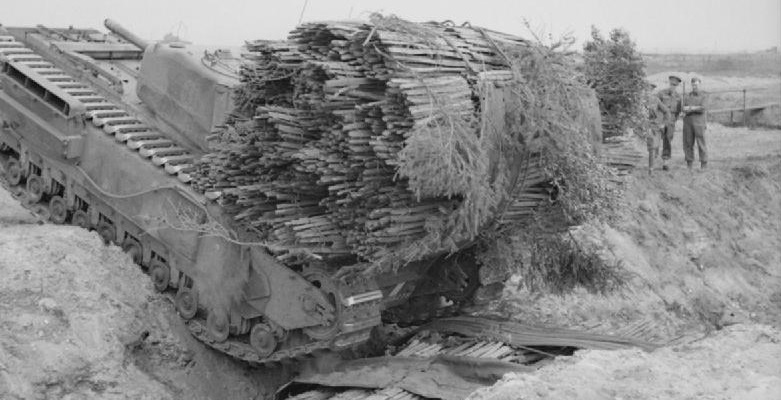 A Churchill carrying fascines on the field

Major General Percy Hobart was entrusted to complete this task. The military engineer took command of a very special tank unit: the 79th Armored Division of the Royal Engineers Corps, which would adapt tanks to the specific needs of a massive landing operation, to happen in Normandy.

This crucial objective lead to the developments of unusual tanks, like the Churchill AVRE (Armored Vehicle Royal Engineers), which swapped its 6 pound-gun for a massive 290 mm Petard Mortar, that was charged from the control compartment. An odd machine that was yet massively "produced" when the British decided to modernise a lot of Churchill III and IV with this enormous gun. 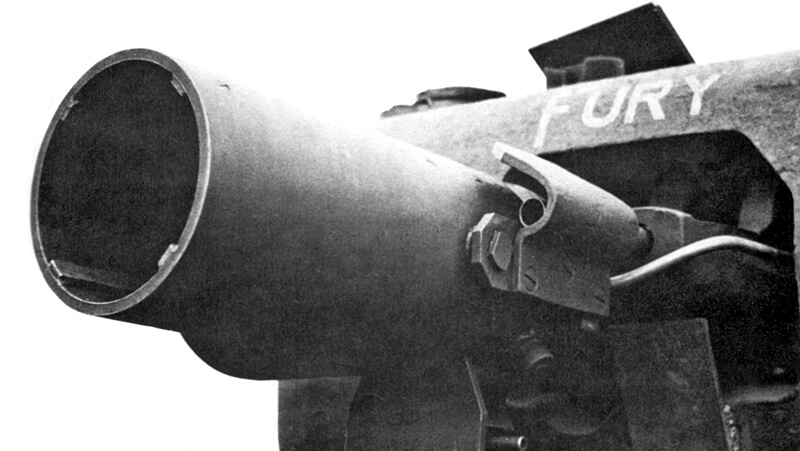 In addition to the mortar - capable of destroying tough fortifications up to 90 meters away with one shell of 13 kilograms - the Churchill AVRE carried a large variety of equipment, such as fascines, trawls or tarpaulins, all made to facilitate the movement of tanks on the beaches of Normandy.

The AVRE and its friends were so weird that they quickly earnt the nickname "Hobart's Funnies". They grew in numbers as the landing operation got close. Another famous modification of the Churchill tank was the "Crocodile". This flamethrower version of the famous infantry tank carried a trailer full of spilled fire mixture, and was one of the only "Funnies" actively used by Americans on D-Day.

The "Crocodile" and its iconic trailer

Indeed, Generals Eisenhower and Bradley were not so fond of the "Funnies". The first wanted to bet on amphibious vehicles but left the final say to the latter, who didn't want to add another vehicle to the large arsenal of the American units.

A controversial decision, as the "Funnies" proved themselves quite useful on D-Day, especially thanks to the careful approach of the British command, who though a lot about the interactions between infantry and armoured vehicles. It was far from perfect, as the water level and other unforeseen conditions lead to serious losses, but when the vehicles and the infantry landed together and fought side by side, the results were astonishing.

The "Crab" vehicles, equipped with a mine-sweeping device, overcame the obstacles. The AVRE broke the Axis fortifications and the Crocodile supported the infantry while they began advancing inland. It's also worth noting that overall, the British units were more prepared for tank battles, due to the presence of Sherman Firefly tanks, equipped with a long 17-pound cannon in their ranks.

One could say that without the "Fireflies" and the "Funnies", D-Day would have turned into another Dieppe Raid. But 75 years later, we know that these machines made a difference. Let's pay our respects to them on the forums and through this gallery of historical pictures.