Once again, we are proud to sponsor "The World’s biggest display of moving Armour" at Tankfest 2019. Last year we teamed up with the Musée des blindés, the French Tank Museum in Saumur, to bring the venerable B1 to the event. With their assistance, it’s now the battlefield big cat's turn: The Panther... Learn everything about the "Bretagne" right now.

It is August 1944 and the French city of Châteaubriant has been liberated by American troops. A reserve cavalry lieutenant and resistant fighter, Guy Besnier has formed a reconnaissance group for the F.F.I (Forces Françaises de l'Intérieur - an organization that unifies all the resistance factions). It will later become the 1st Mobile Reconnaissance Group. Its mission is simple: guarding the depots abandoned by the Germans troops. At the end of August, the Besnier Squadron heads south and crosses the Loire river to check the enemies' positions.

Two months later, the Germans are still fighting, and the Besnier squadron clashes with German units around Saint-Michel-Chef-Chef - and yes, it's a real name. The deployment of 2 Panhard 178 and mortars allow the French troops to retreat, and for his conduct under fire, Besnier is promoted to captain.

News of a Panther

Later that month, more volunteers, who came from Lower Normandy, join the Besnier Squadron. The Mobile Reconnaissance Group is now 183 men strong, and Captain Besnier hears from these fresh recruits that many tanks are still in Normandy (Including news of Panthers). Very interested in this information, he asks permission to conduct a raid in the region. 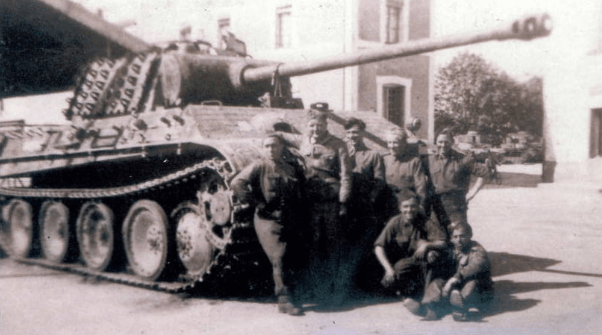 They eventually reach Normandy and start to work on no less than 15 armoured vehicles, salvaged from the battlefields. A difficult and sometimes gruesome task, as some still contained the frozen bodies of their crew. But in the end, Besnier and his troops manage to recover a Tiger, 2 Panthers (A and G), 11 Panzer IV’s, 1 Jagdpanzer IV and 2 Sturmgeschütz III assault guns.

From M.R.G. to Autonomous Tank Squadron

It's now March 1945 and the Mobile Reconnaissance Group becomes the Besnier Autonomous Tank Squadron. A very peculiar unit, sent in garrison at Machecoul, in the Loire-Atlantique region. This time, no combat, but training: the men of Besnier are now teaching the next generation of French tankmen. 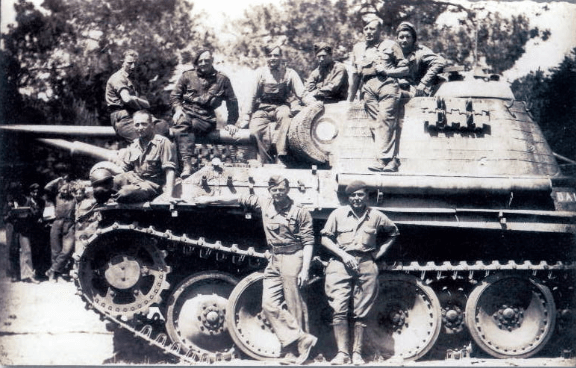 Meanwhile, the tanks of the unit have been repainted. The French make these German tanks their own by painting blue-white-red emblems, the Lorraine cross, and naming them all after French regions or provinces. The Panther A becomes Bretagne, while its G cousin is named Dauphiné.

One month after the end of the War in Europe, these tanks are sent to Germany. Now, although the Bretagne never actually fired a single round for the French in combat, there is no doubt that its story is both unusual and fascinating.

See this incredible beast of war for yourself at Tankfest.