Operation Frühlingserwachen ("Spring Awakening") took place between 6th and 16th March 1945 and was viewed as the last, major, German offensive launched during World War II. The offensive was launched in Hungary on the Eastern Front. The German attacks were centred in the Lake Balaton area which had massive logistical importance as it held some of the last oil reserves still available to the Germans. 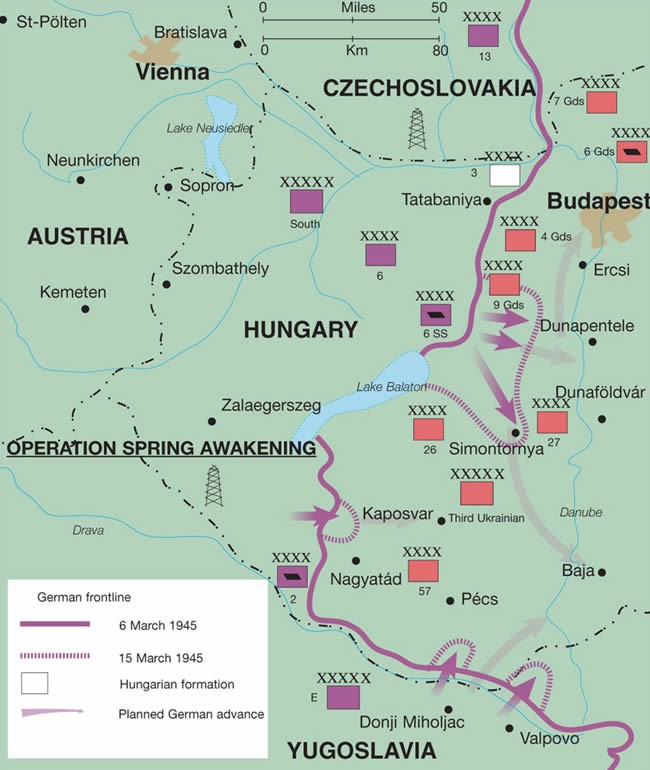 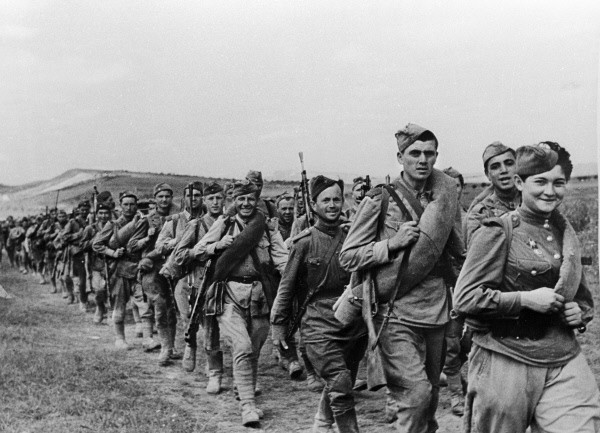 There is insufficient space here to look at the build-up and planning of the offensive, so let’s take up the story from the official start time:

Operation Spring Awakening began officially at 04:30 hours on 6 March, commencing with a massive barrage from the artillery of the Sixth SS Panzer Army followed by the advance of the panzergrenadiers of the Leibstandarte. 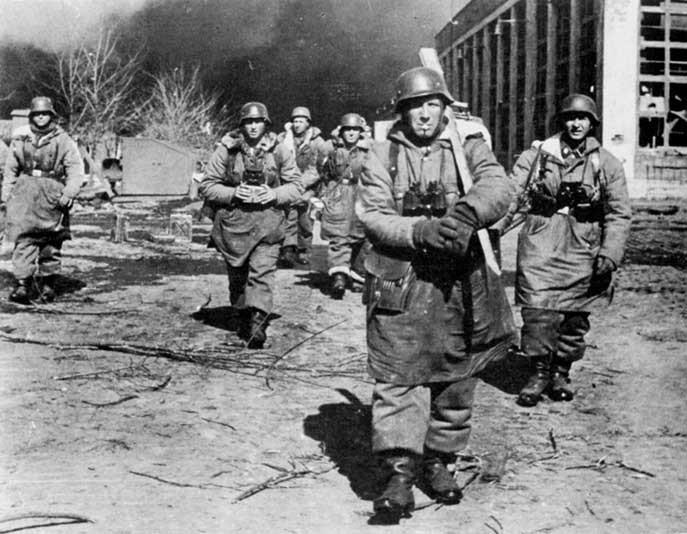 Their first mission was to clear several lanes through a Soviet minefield before they could begin clearing an extensive system of trenches. This took all morning but allowed the division's panzer Kampfgruppe to begin the push forwards. The tanks and halftracks experienced huge problems and were bogged down on a regular basis in the thick mud of the area. This meant that the panzergrenadiers had to press home their attacks without armoured support which made the advance slow.

Advancing on the left of the Leibstandarte, the Hitlerjugend Division found the going equally tough. The II SS Panzer Corps’ attack did not even reach its assembly area until darkness had fallen, allowing the Soviets time to deploy an extra Infantry Corps with a small amount of tank support.

On 7 March the German attack finally began in earnest. Both the Leibstandarte and Hitlerjugend Divisions finally broke through the Soviet defences and were able to launch their panzer kampfgruppen into action. Early on the 8th March, the Hitlerjugend pressed 16km forward until it ran into a pak-front that was dug-in on ridge lines. At first light on the following day, a dozen Jagdpanthers and Jagdpanzer IVs charged up the hill pushing the defenders back. 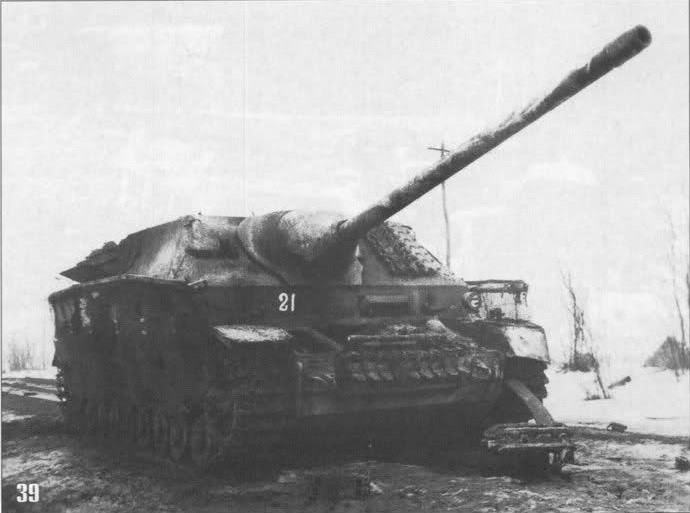 The I SS Panzer Corps now caught up with the retreating Soviets on the Sio Canal. The German Panthers and Jagdpanthers inflicted heavy losses on the Soviet truck convoys that had not yet crossed over. The fighting along the Sio Canal reached its peak on the 12th March with a major effort being exerted to establish bridgeheads across the 30m wide obstacle. The Hitlerjugend's attack ended badly when its fire-support panzers and Jagdpanzers were forced back from the canal bank by the devastating barrage of anti-tank gun fire. The panzergrenadiers tried to press on in rubber assault craft but took many casualties from machine gun fire. The few that made it established a makeshift bridgehead. In the Leibstandarte's sector, the attack had gone better and the division was able to bring its troops forward through a town with good cover from fire.

Deadly 88mm flak guns and King Tigers were brought up to support the assault and, working in combination, they destroyed many Soviet anti-tank guns and bunkers. The Germans finally established a bridgehead where the combat engineers got to work building a Tank bridge. One Jagdpanzer IV got over the bridge but the weight of a second vehicle was too much and it collapsed into the water. Constant repairs were needed to keep it open and allow reinforcements to cross. They were desperately needed to deal with a counterattack by a regiment of T-34/85 tanks. 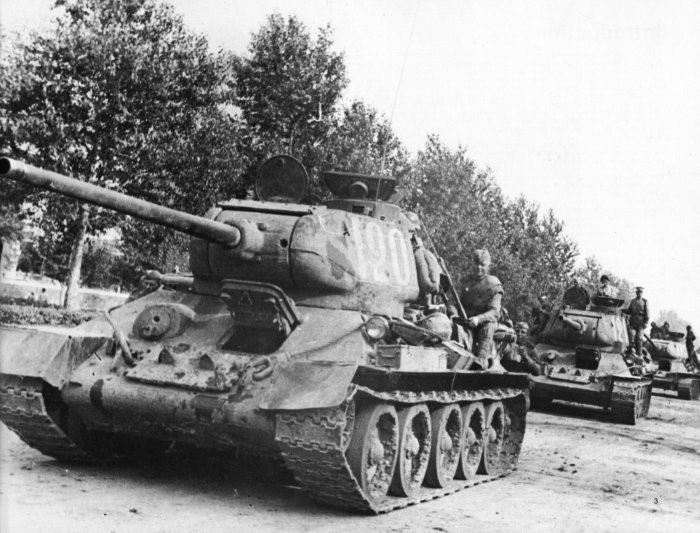 The I SS Panzer Corps managed to secure the bridge for three more days, holding off countless counterattacks. By now the Soviets were causing huge casualties to the German forces.

With the southern route effectively blocked, the Germans decided to switch the focus to northwards. The Leibstandarte and Hitlerjugend were ordered to disengage from their current actions and move north before joining the attack towards the River Danube.

This action, however, proved useless, as on the following day the Soviets began their own offensive. More than 3000 vehicles, including 600 tanks, poured past Budapest and swept around both sides of Lake Velence. IV SS Panzer Corps was engulfed in the storm and the Wiking Division was all but surrounded after a Hungarian division collapsed on its flank. Hitler issued orders that the division was to hold at all costs. The division's commander, SS-Oberführer Karl Ullrich, ignored the orders and pulled his troops back before they were trapped. The Hohenstaufen Division came to its rescue, also in defiance of the Führer's orders.

The I SS Panzer Corps, which was pulling back north as fast as it could to avoid encirclement, managed to get out of the trap but lost huge amounts of equipment. By 20th March 1945, the I SS Panzer Corps only had 80 tanks, assault guns and self-propelled guns left. All the Waffen-SS divisions had been hit hard, meaning that, by this stage, most were below 50 percent strength with little chance of reinforcement. 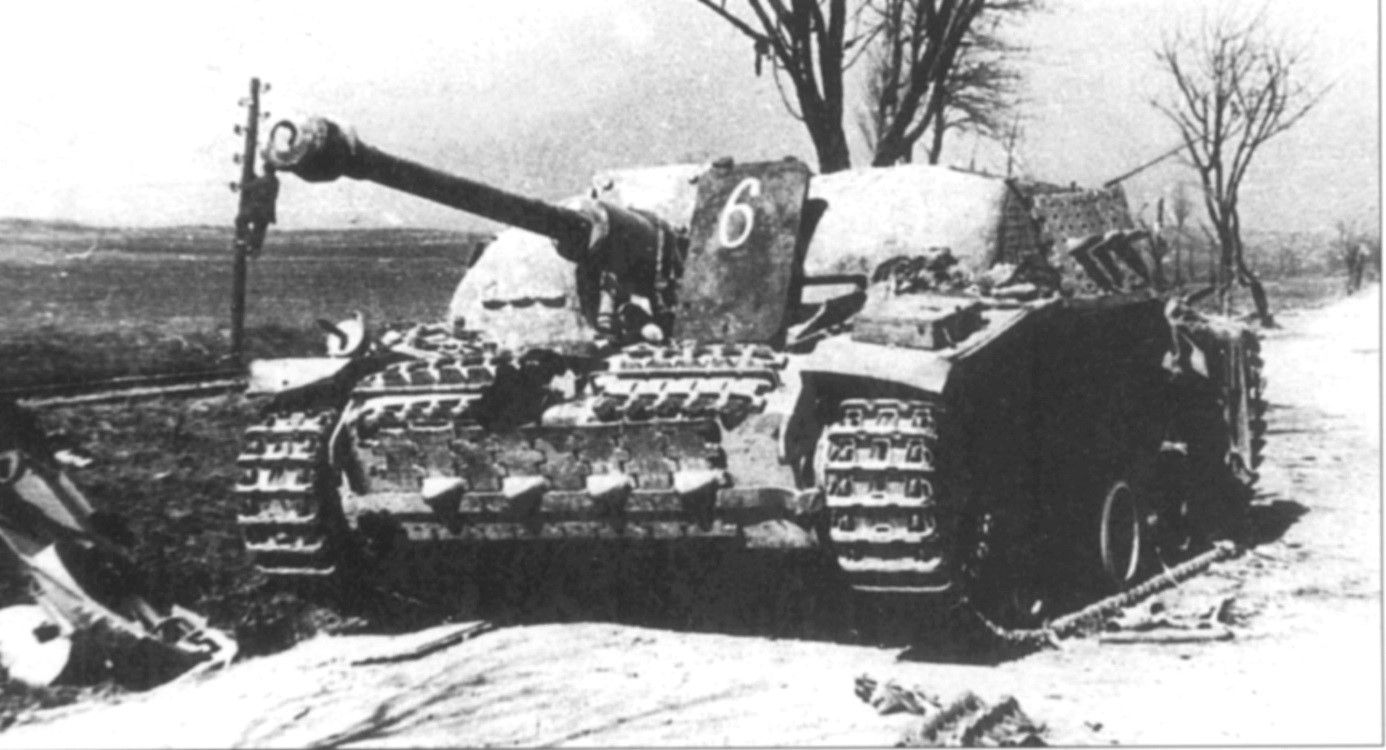 The German front in Hungary was devastated and started to fall back into Austria with the aim of defending the capital, Vienna. The Waffen-SS divisions were now constantly retreating and fighting a rearguard action.

Hitler's reaction to the retreat of the Waffen-SS was one of rage. He ordered the Sixth SS Panzer Army to remove their Nazi armbands; in his eyes they were no longer fit to wear his name on their uniforms.

Morale was at an all-time low with many soldiers deserting - many could see the war was finally lost.