Reading our articles, you might have come across the terms "autoloader" and "autoloading guns". But we never took the time to dig into the history of this technology. Fortunately, our latest Top of the Tree, dedicated to the AMX 50 Foch B,  is the perfect opportunity to talk about this mechanism and its origins.

As you can probably imagine, loading the gun of a tank takes quite a while, especially when you have to do everything manually. In fact, tank specialists consider that 70 to 75% of the time necessary to fire a shot is spent loading the gun. Consequently, if you want to increase your firepower, one of the first things you can tweak is the reloading time. This question was asked pretty early on in tank history, and one of its answers is automating the loading process. Hence the name "autoloader" which we can define as the complex mechanisms that ensure loading the gun can be done without the participation of a human loader.

A Tiny Bit of History

Believe it or not, autoloaders are closely connected to the history of tanks in general, and the most essential qualities of these vehicles. Because of the early developments of tanks in World War I, such as the British Mark I and its side-mounted guns, the typical tank became a turreted vehicle. The Renault FT embodied this vision, and aboard this tank, all firing actions, from guidance to the aimed shot, were performed by one person.

This setup remained the same on most vehicles from World War I to early World War II, and was only refined by new mechanisms assisting these actions and their performers, whether that would be one or more persons. However, tank battles of the Second World War revealed the striking capabilities of different types of ammunition. Transitioning from one to the other with ever-increasing calibres confirmed the importance of rate of fire and cemented the need for a change from manual to automatic loading.

As a result, the first efforts at developing autoloaders began during World War II, although the first functional system only appeared in 1945. It was made by the United States and was supposed to equip the T22E1, a medium tank. However, all vehicles from the T20 family designed for autoloaders never entered mass production. This pushed the development of autoloaders back to the late forties and then the fifties. 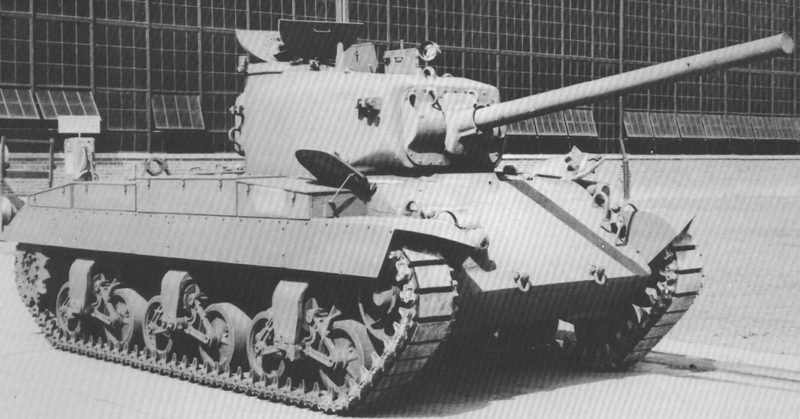 Thus, autoloaders would have to wait for another couple of years and new masters to rise. This is when Europe comes into the picture. The Old Continent progressively became the patron of this new technology, thanks to vehicles such as the AMX 13 light tank, developed in France, or the Strv 103 tank, or S-Tank, developed by Sweden in 1961.

How Does It Work?

With such vehicles, it becomes easier to understand how an autoloader works, plus what it's good or bad at. The main advantage is pretty straightforward: a higher rate of fire. For example, the prototype of the AMX 13 was able to fire 12 rounds per minute thanks to its 2 revolver-like stacks of 6 shells. To put it simply, autoloading basically relies on the same technology as semi-automatic firearms, but much bigger. They use the recoil of the gun to move another shell into the barrel bore.

This brings a better rate of fire, but also takes (quite literally) the weight of shells and their reload off the crew's shoulders. Autoloaders are actually so great at this job that they usually require at least one less crew member, which allows the tank to become much smaller in size.

That said, autoloaders have some limitations, mainly: the base of the gun and the magazine need to be connected. Because of that, most autoloaders have very specific if not odd setups, such as the oscillating two-part turrets of the AMX 13 or AMX 50. Such a type of turret was deemed fragile by the Americans when they were looking at buying these technologies from France in the fifties.

A more drastic example is the Strv S tank, a turretless vehicle with a gun motionlessly fixed to its hull, but linked to several magazines, for an estimated 50 rounds. But turreted or not, the proximity between the gun and its ammo always puts the crew at risk and forces military engineers to think about new, safer setups that will not sacrifice the tank's rate of fire. This may explain why certain nations or even modern vehicles were reluctant about this technology. In any case, you can have a nice preview of its potential by playing the AMX 50 Foch B line throughout the month.