After World War II, China’s armoured forces were somewhat depleted. To compound this problem, China’s tank industry was pretty much non-existent at that point.

However, at that time, China had a strong relationship with the Soviet Union, which was quite eager to help out a fellow communist country, thus ensuring their own power and security in the Eastern hemisphere.  The Chinese plea for assistance in rebuilding its military resulted in mass deliveries of Soviet military equipment to fulfil the needs of the People's Liberation Army of China. The armoured vehicles provided to the People's Liberation Army included such tanks as the T-34-85, SU-100 and IS-2.

However, Chinese designers were not idle either. In fact, the development of the WZ-111 heavy tank began as early as 1957, and it was supposed to replace the IS-2. The influence of the Soviet school of tank building upon the project was enormous. The machine, which initially received the designation "111" and then entered trials as the WZ-111, was clearly designed with the IS-3 as an example: distinctive forward streamlining turret, “beak-shaped” frontal armour plate and the sloped spaced armour on the sides - all these solutions have been borrowed directly from its Soviet elder brother.

Chinese designers considered several options for the main armament of the WZ-111. The proposed guns included the 130-mm M46, the 122-mm D-25TA and the 100-mm D-10T gun. Unfortunately, not enough credible data from the period remained to determine which of the options available was decided upon in the end.

This Chinese heavyweight tank did not make it to production, and there was only one prototype built. The vehicle didn’t even have a proper turret when it entered testing. Instead, it had a ballast weight mounted which corresponded to the weight of a turret envisioned for the vehicle. Currently, the WZ-111 prototype resides in the Chinese Tank Museum. 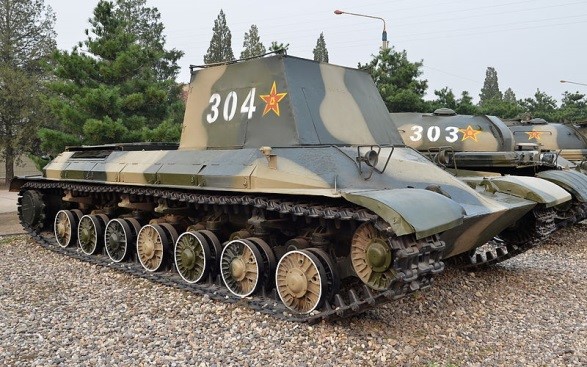 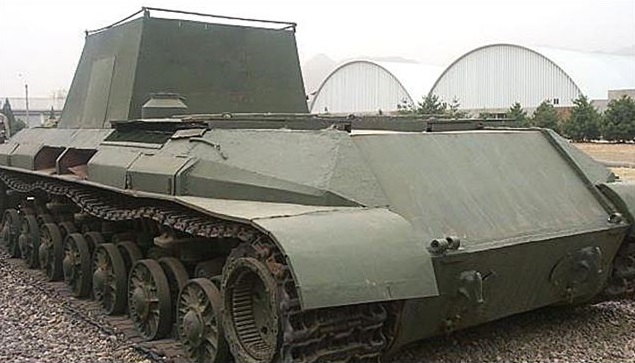 The WZ-111 prototype with different camouflage paint at the Chinese Tank Museum. The square balance weight can still be seen in place of the turret.

A Victim of Circumstance

Why did this tank not make it onto the production line? There were multiple reasons which led to the project’s cancellation. The development of the heavy tank was a huge challenge for the designers, especially as China's heavy industry and science were not especially advanced, as they are today. Also, heavy tanks were expensive to manufacture and to maintain, even for countries wealthier than China. As a result, the Chinese military became quickly aware of the fact that most countries endorsing heavy tank programs were either limiting the numbers of such vehicles in service, or simply discontinuing the development of this vehicle type altogether. Also, from the scant information available on the WZ-111 project, we can learn that the prototype suffered from a number of design flaws, which probably also contributed to the decision to abandon the project.

There is one more very likely explanation for the WZ-111’s bad luck. China had purchased several T-54 tanks and their production documentation from the USSR. The T-54 packed a punch, had a good design and did not need any prolonged trials. Moreover, Chinese engineers also had the assistance of the Soviets when it came to the organisation of the tank’s production. As a result, going for the T-54 was an easier and less problematic option.

One way or another, the WZ-111 project ended up being swept under the rug and eventually fell into obscurity.

Don't forget, you can claim your very own WZ-111 in-game by completing our series of Special Mission Challenges!