UPDATE: World of Tanks and Tankfest 2012 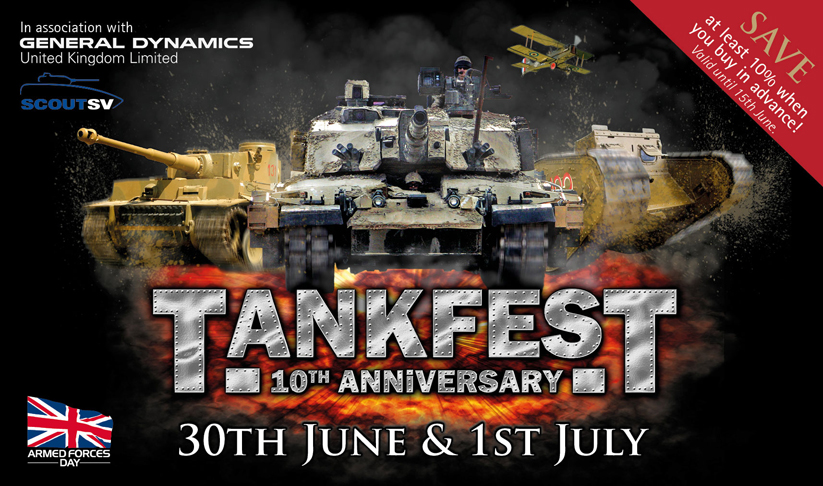 Victor Kislyi is the CEO of Wargaming and he will be attending Tankfest!  We thought we would take the opportunity to interview him whilst we are there and we want to pose your questions to him.  A special thread has been created for you to post your best questions for Victor. During the interview, we will ask as many of them as we can and report on the answers afterwards.

World of Tanks is proud to be supporting Tankfest 2012 and will be in attendance!  Why not come down and meet us, whilst seeing some amazing tanks in action?

This year’s edition of Tankfest promises to be bigger and better than ever. The reason? It is Tankfest's 10th Anniversary!

Tankfest is an annual weekend event held at the Tank Museum in Dorset, UK.  As well as an extensive line-up of trade stalls, living history encampments and family entertainment you can also witness the sight of mighty tanks in action during the weekend-long schedule of arena events!  Tankfest promises to bring the story of tanks, their crews and the soldiers that faced them to life.

An amazing line up is promised in the arena display for this year and includes many of the tanks you can see in World of Tanks including the Tiger 131 (back on the road), Leopard 1, Centurion, Matilda, Chieftain, T34, M60 and the Black Prince which will be making its Tankfest  debut. In addition, the replica of the Mark IV that was used in the ‘War Horse’ movie will be on display and in action.  With nearly 200 other vehicles on display, it promises to be a Tankies paradise!

Every year’s Tankfest ends with a spectacular and explosive finale in the form of a mock battle.  This year it will be a full recreation of a World War One battle, complete with infantry, tanks and planes!  This is sure to be one of the most impressive and thought-provoking battle re-enactments in the world so don’t miss out.

For fans of modern day tanks, the British Army will be displaying their latest vehicles and vehicle upgrades, including the ‘Megatron’ – their unofficial name for the futuristic-looking improved Challenger 2.  Meanwhile, defence manufacturer General Dynamics will be exhibiting their latest Armoured Fighting Vehicle – the Scout SV.  This is the first time it will be on display before a civilian audience, so come and see the future of armoured warfare!

We are very excited to be attending this fantastic event.  Will you be there?   We hope to see you there!