That’s right, a full branch of tank destroyers will be added to the British tech tree.  Ten new vehicles will be added, giving you the choice of researching the line from the beginning, or jumping into it halfway from the heavy tank line.  Drive mighty vehicles such as the A39 Tortoise and bring devastation to your enemies.

Take a look at the new British tech tree below (click image to expand) and some images of the new vehicles, or visit the media section to see some renders. 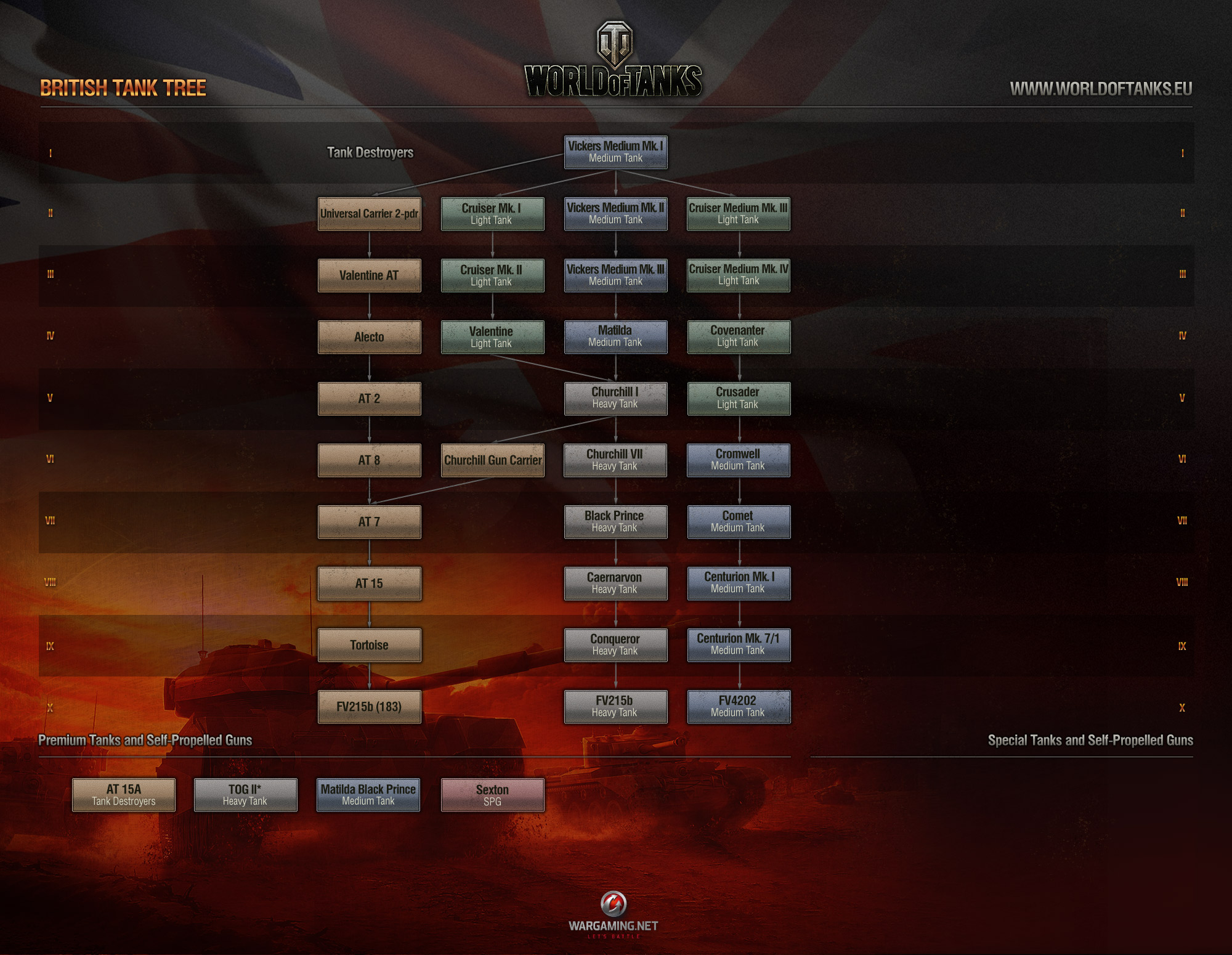 The Soviet tech tree will be getting a newcomer in the form of the powerful SU-100Y tank destroyer.  This vehicle is huge and hits hard, and is more than capable of taking on the heaviest vehicles on the battlefield.  It will be a premium vehicle.

Germany will also be receiving some reinforcements in the form of three new light tanks!  Why not take a ride in the Panzer I?. Or take a cruise in the Panzer II Ausf. G and pick off your enemies in style.

Our ongoing process to update all of the maps to the new visual and rendering style continues.  This time Steppes, Fisherman’s Bay, Ensk and Live Oak receive the treatment!

We have a treat in store for our newest players.  A brand-new tutorial will be added to the game and will cover tank controls, the mechanics of shooting and basic combat tactics.

You'll be able to experience all the new content by yourself as soon as the new update is implemented in the game.

The update is now over, and the downloading of the new content will start once you will launch the game. You can also download it manually via the Download section.

Jump now in your garage and see by yourself all the new vehicles you can learn to tame! Which one is your favourit? Which new rendered map do you prefer?

Players with a Premium account during the maintenance will be compensated.

Roll out for the new version!