Update 8.3 has arrived, and with it comes the long-awaited Chinese fleet! Let’s find out what’s in the garage waiting to roll out!

The server is now open. 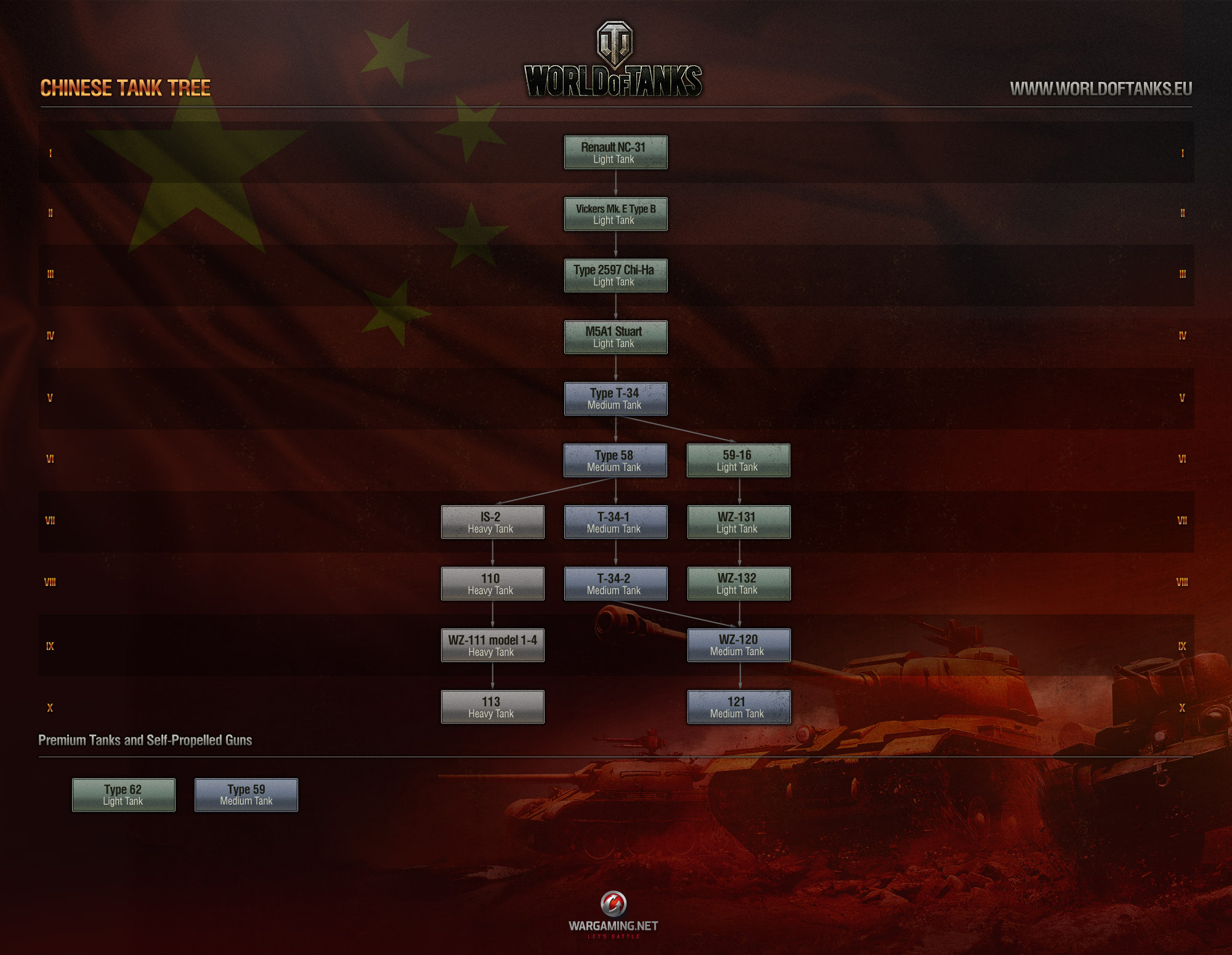 The Chinese tank engineers developed their own unique designs by combining the best qualities of existing designs from foreign nations, whilst modernising and upgrading their technology to build the fiercest tanks of their time. As a result the Chinese tank fleet features the best possible traits from their foreign counterparts: the manoeuvrability of the American tanks, the shooting accuracy of the Brits, the fast firing of the French and the fire power of the Soviets.

All of the Chinese tanks in the game can be divided into three major groups, depending on their original purpose:

MAIN FEATURES OF THE TREE

The firepower of Chinese tanks varies widely. This means that these vehicles, in combination with their excellent mobility, can undertake a wide variety of roles on the battlefield.

One of the main features of the Chinese tank tree is that it has light tanks going up to Tier VIII making them quite important on the battlefield as excellent scouts. Similar combat vehicles have been in the game for a while (e. g. French tier VIII light tank AMX 13 90), but unlike those, the Chinese light tanks don’t have an automatic loader system.

The main features of the Chinese medium tanks are guns capable of inflicting substantial damage and turrets that have awesome ricochet characteristics and great armour.

Are you ready to roll with the Chinese?  The upcoming Tank of the Month will be one of our new Chinese vehicles – the WZ-131. This is a domestic production model, and throughout February it will come with the usual bonus on credits. Be ready to level up!

Read the full list of changes to see all of the details in the Updates section.

The update is now ready and downloading will begin automatically next time you launch the game.  Alternatively, you can download it manually from the update page.

Those players with an active premium account at the time of the maintenance will receive one day's worth of premium as compensation.