Autumn is on its way, and so another World of Tanks update is at hand. Currently, the Development Team is preparing for the closed Super Test of Update 9.16, and we can reveal some of the update details.

What is the Supertest?

Supertest: a process of testing a project at the early stages of completion. The test involves checking the concept of a new version and searching for the most critical issues. In World of Tanks, Super Tests are divided into production tests of individual features, performed during feature development (testing a new map, balancing a new vehicle, etc.), and version tests of full releases. The purpose of version Super Tests is to test the game content in a live environment with a small player pool before the final release. Generally, they are performed a month and a half prior to release.

If version Super Tests prove that the features are ready, Common Tests are then conducted.

What Does Update 9.16 Include?

During the summer, among other things, we prepared the first Swedish vehicle for release, reworked the Paris map for Random Battles, made a number of changes to address player toxicity in game and implemented several new game-interface features. That said, there is even more still to come—additional information on Update 9.16 is provided below.

Note that this is preliminary-update content. The final set of update features will be revealed just before release.

In the middle of August, at gamescom 2016, we revealed the Swedish nation that is going to be introduced in the upcoming update. We are implementing the first Swedish vehicle in Update 9.16, and you will be able to train your first Swedish crew and earn additional credits driving the Strv m/42-57 Alt A.2 Premium medium tank, the first Tier VI Premium Swedish vehicle introduced into the game.

The vehicle has the AMX 13 oscillating turret mounted on the Strv m/42 Swedish medium tank suspension. Mounting the French turret allowed for the implementation of an autoloader to the vehicle, making it the first Tier VI medium tank with an autoloader in the game.

The vehicle crew setup is identical to Swedish top-Tier heavy tanks and includes three members: the Commander (who also performs the functions of the Radio Operator and Loader), Gunner (who also performs some of the Loader functions), and Driver. The new vehicle will be introduced into World of Tanks just after the update's release. 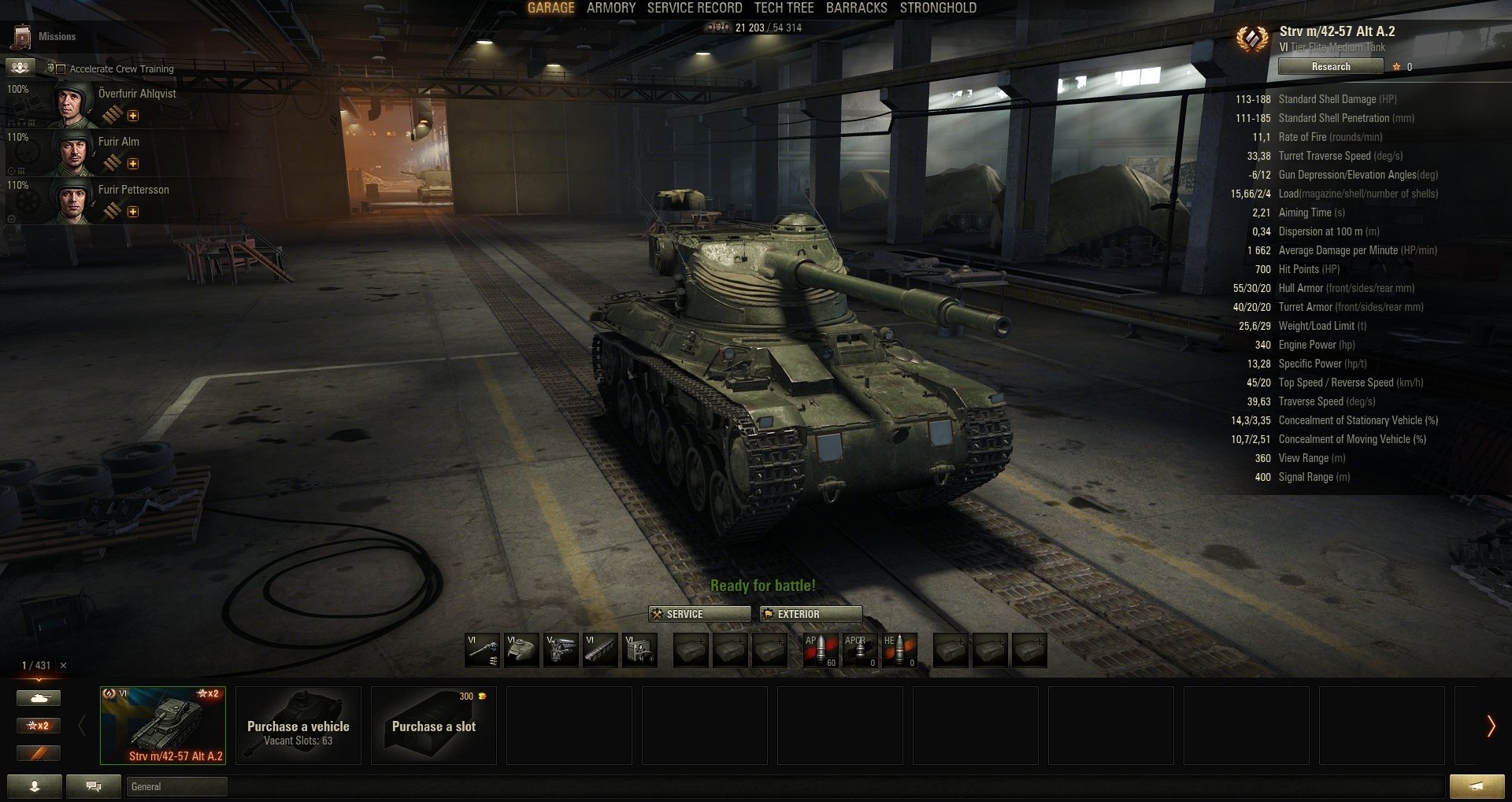 The Paris map was initially developed for Rampage mode. The map featured interesting gameplay and was rather nice and atmospheric. Considering the shared feedback, we have adapted the map for Random Battles.

The map can be divided into three gameplay areas:

Continuing our work to prevent toxicity, we are making several changes to the Battle Chat.

We have received quite a bit of community feedback that the chat between teams during games has been a source of not only abusive language, but also of grieving and cheating. The cross-team Chat often becomes too emotional and provocative, or is used to reveal the position of your team to opponents. To prevent this, we’ve decided to disable the cross-team Battle Chat in all battle types except Team Training.

In addition, allied Battle Chat can also be a source of toxicity, and so will also receive a new feature: upon hovering over another player’s nickname or a message from that player, you will not only have the option to make a complaint about that player or blacklist them, but will also be able to block messages from them during the game (“muting”). This option will be recipient-based: the "muted” player will be able to type chat messages, but the “muting” player will not see them. This allows players to ignore/not receive messages from players they find offensive in battle. The “complaint” system will also still allow players to register a complaint about players using offensive speech, but the “mute” will also mean they don’t have to continue reading their chat if they do not wish to do so.

Players often contacted us about selling a tank or dismissing a tank crew by accident, and in the past, the only way to solve this was to contact our Customer Service Centre.

Starting with update 9.16, players will be able to restore Special or Premium vehicles and dismissed crew members right from the Garage, without any need to contact CS. 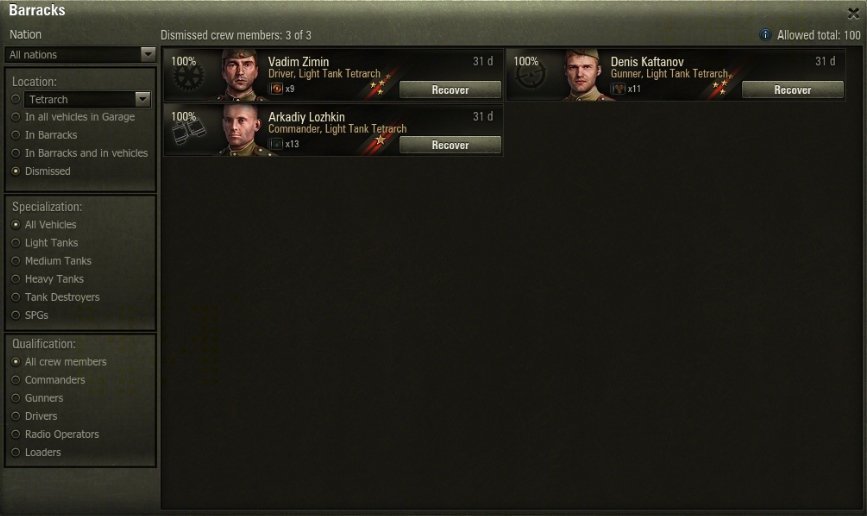 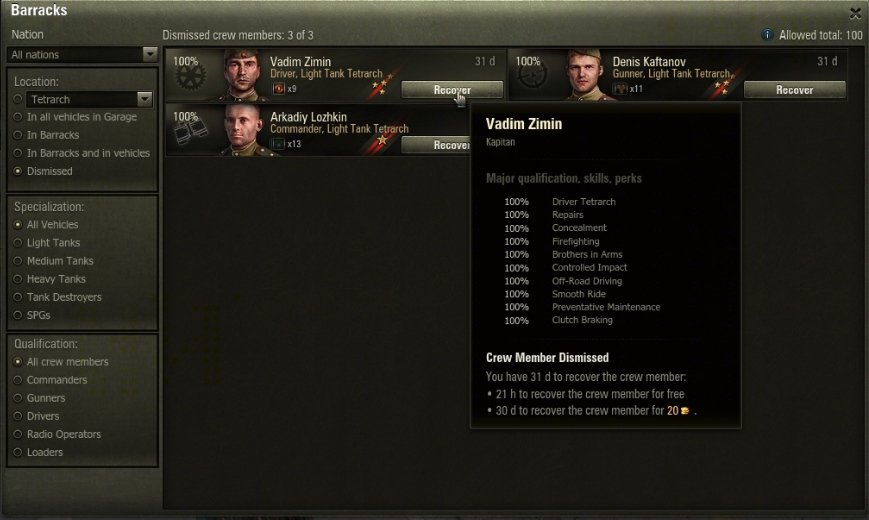 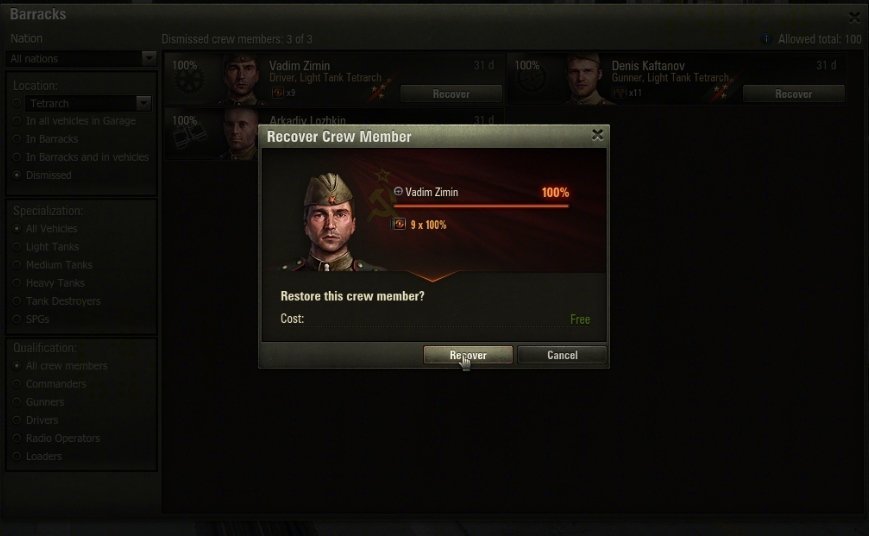 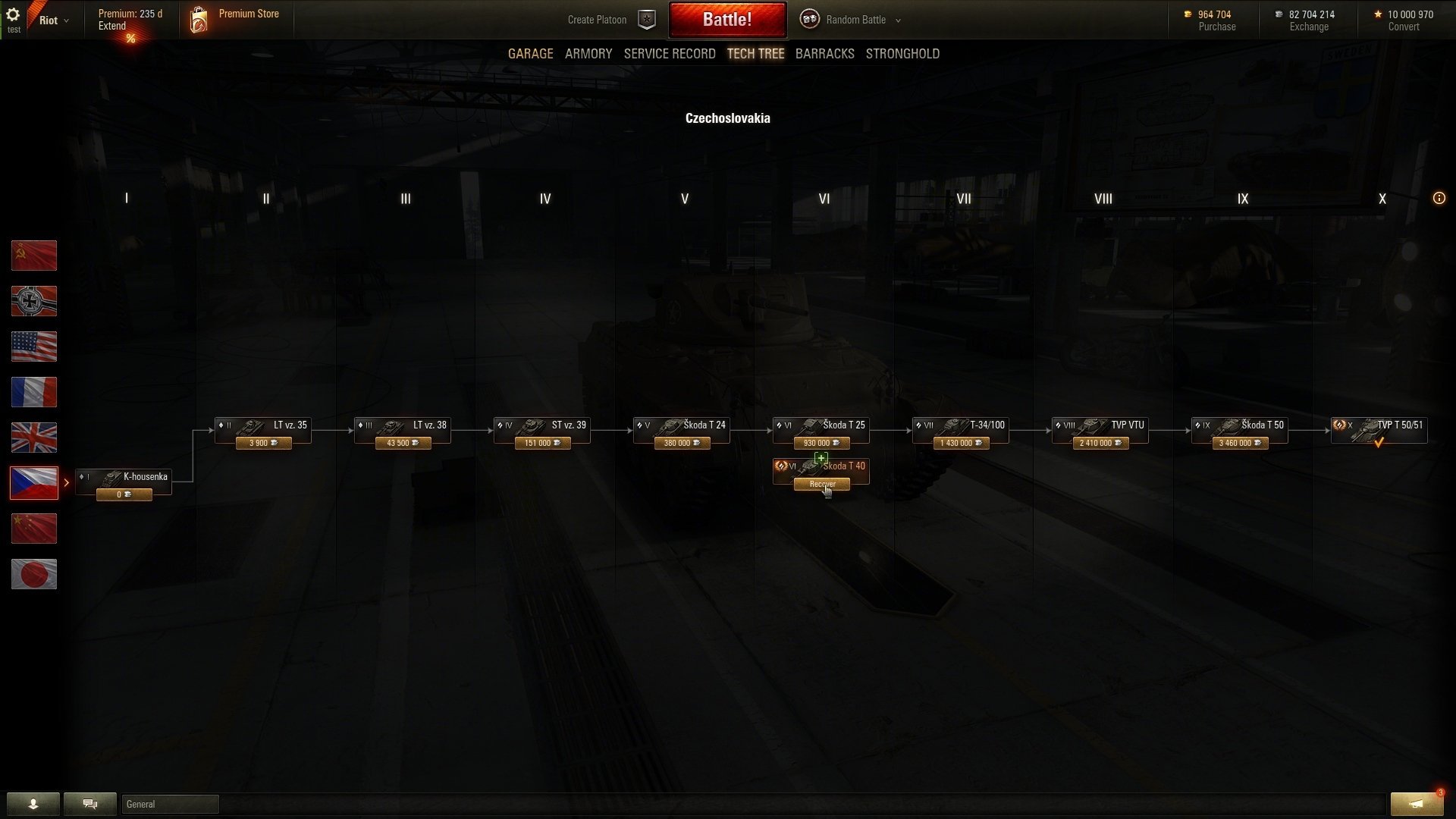 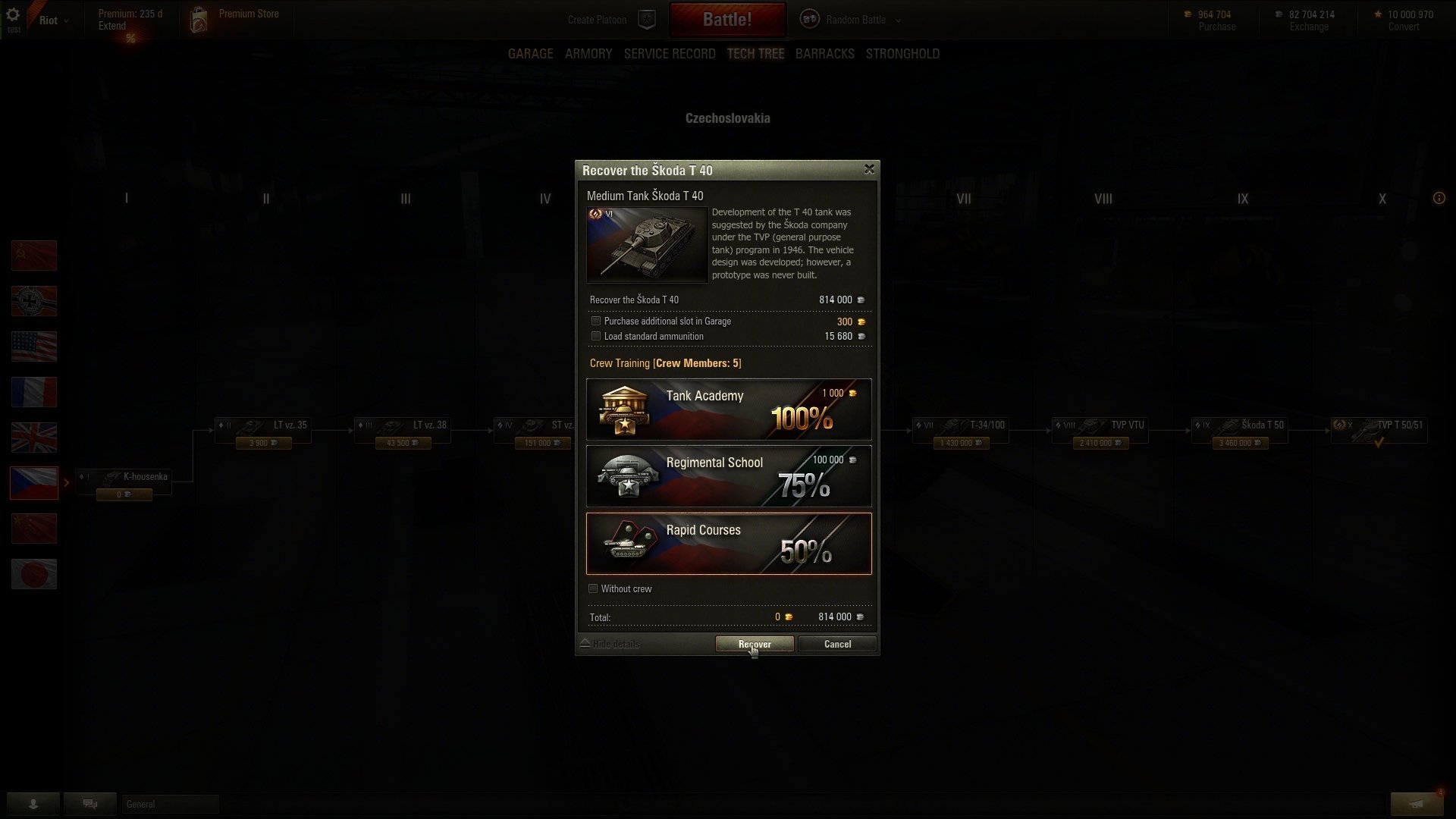 For update 9.16, we have continued to optimise our server code performance. Thanks to this, the time taken to display a vehicle model upon spotting it has been greatly improved.

The video below displays the difference in spotting mechanics between Versions 9.15.1 and 9.16:

For a long time, players were asking to have an option to compare tanks directly in the game and we will provide this feature in Update 9.16. As part of this, it will be possible to compare several vehicle characteristics. Additionally, players will be able to mount different modules, and evaluate crews' qualification and equipment effects. 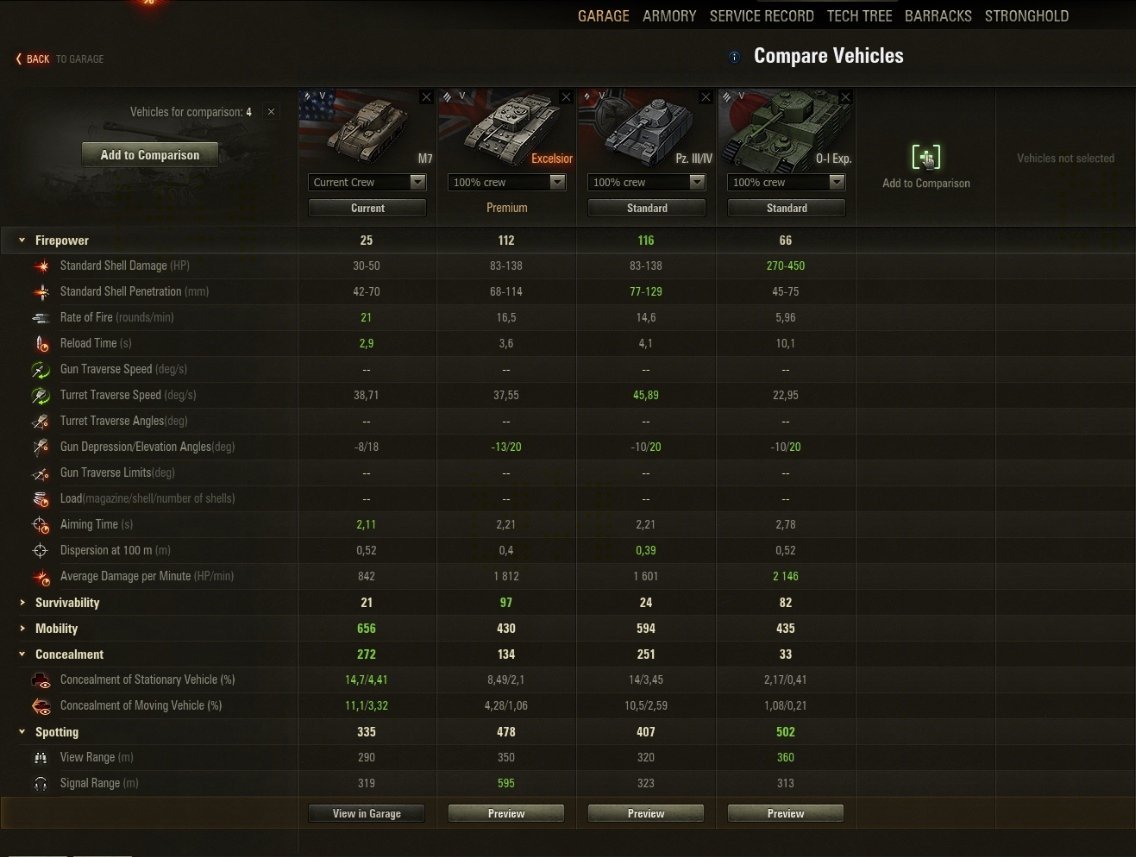 We are continuing to enhance the game UI based on the most popular 3rd party modifications.

In update 9.16, we are adding a dual-level carousel and battle events indicator.

This feature will allow the game to display more vehicles in the carousel. It will be most useful to players that have a lot of vehicles.

There will be three available options:

Downscaled slots with a minimalistic dual-level selector for players with resolution 900 pixels vertically or smaller.

We have added an option to display some extra combat information on the battle UI:

Players can choose which indicators are important to them and switch them on or off using the settings panel.

In 9.15.1, we started reworking the minimaps into the new format – we are aware there were display bugs in this feature on initial release and have addressed them.  In this update, we are adding 15 more minimaps into the game: Cliff, El Halluf, Ensk, Erlenberg, Fisherman's Bay, Kharkov, Lakeville, Malinovka, Arctic Region, Murovanka, Prokhorovka, Swamp, Paris, Widepark and Westfield.