The switch to the Audiokinetic Wwise platform in Update 9.14 unlocked the ability to use sounds to provide much more information to players, such as the approximate calibre of the gun, the type of shell, and the amount of damage received, etc. With the improved sound feedback, players are able to understand the current situation on the battlefield faster and make more appropriate decisions.

We have been continuing to work on the sound for the game over the last several Updates, and we have some news that we would like to share with you about a number of sound improvements coming in Update 9.16.

In the next update, the audio-settings interface will be made visually clearer: 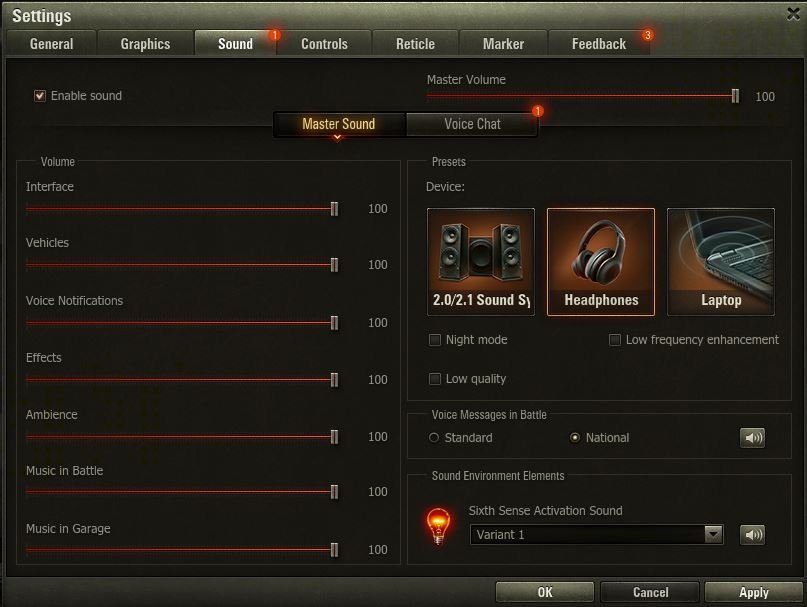 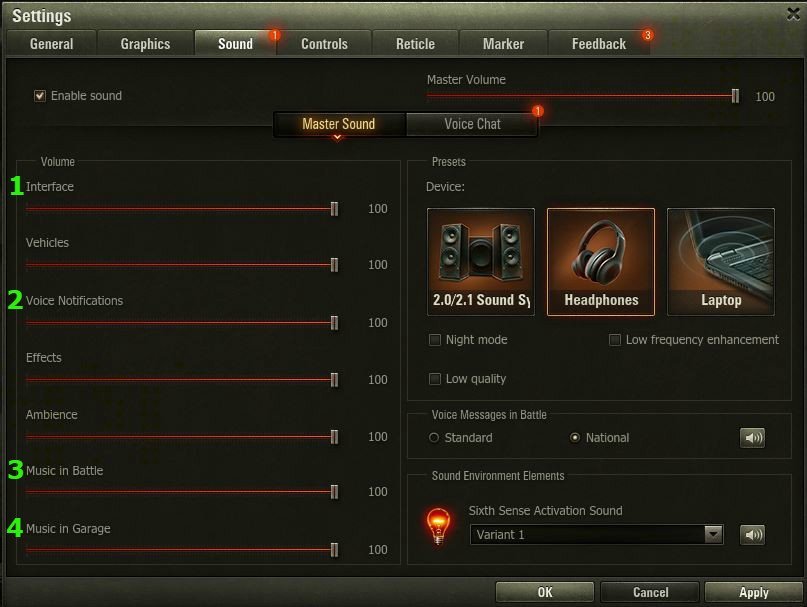 The calibre range will be extended. Now, sounds from five different calibres (instead of the previous three) will be played in Tier VIII-X battles.

Damaged engine sounds will be added (when the module is damaged, not destroyed):

A sound notification when the gun is unable to fire (destroyed) will be added:

Individual sounds for damage to each of the modules will be added:

Night mode allows players to decrease the game's volume with a single button. This option will considerably decrease the volume of the loudest sounds and decrease the general level of low frequencies: 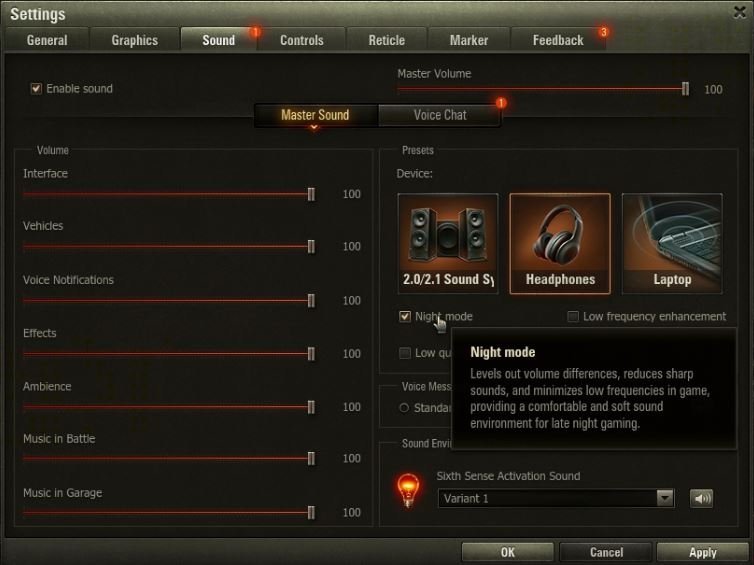 Sounds that notify the battle's end will be added, such as the last enemy's destruction or when the enemy base is captured.

We will be adding the ability to select between two stock sounds for the Sixth Sense perk notification, as well as the option to use your own custom mp3 file: 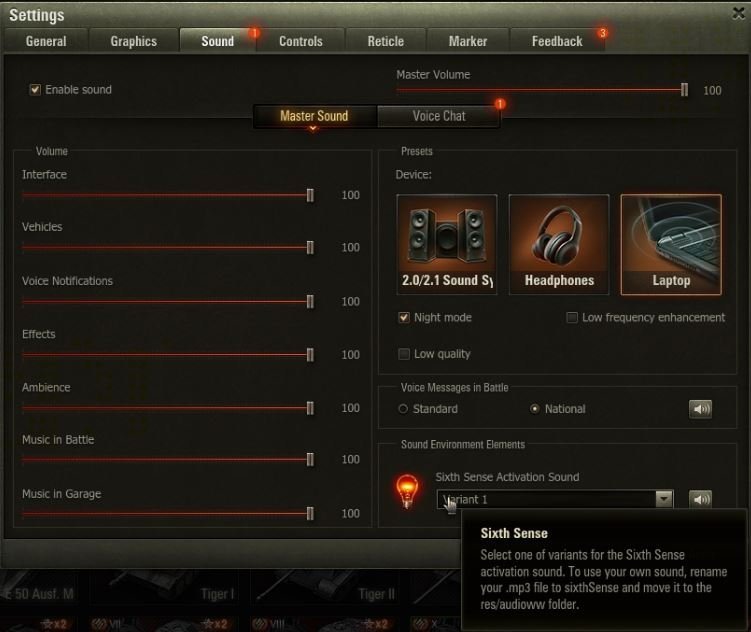 New "endless" and non-recurring music will be played in the Premium Garage. In addition, it will naturally respond to some of the player’s actions.

The Low Quality preset will be reworked: It will be available to all players and will sound better than before without impacting on performance. In particular, instead of switching Wwise to low quality mode (as it was before), only the number of simultaneously playing sounds will be reduced and the quietest of them will be carefully removed: