During the Common Test of Update 9.8, players could try out new extended features to support co-op gameplay. As part of the testing, Dynamic Platoons have become available.

A Dynamic Platoon is a Platoon that players can create in the course of a battle. A Dynamic Platoon can be created once the 30-second countdown to battle starts. The options available to members of a Dynamic Platoons are no different than those enjoyed by regular Platoons:

How to Create a Dynamic Platoon?

To create a Dynamic Platoon, the player has to hold CTRL. Upon holding the key, team list sections with various icons are displayed: 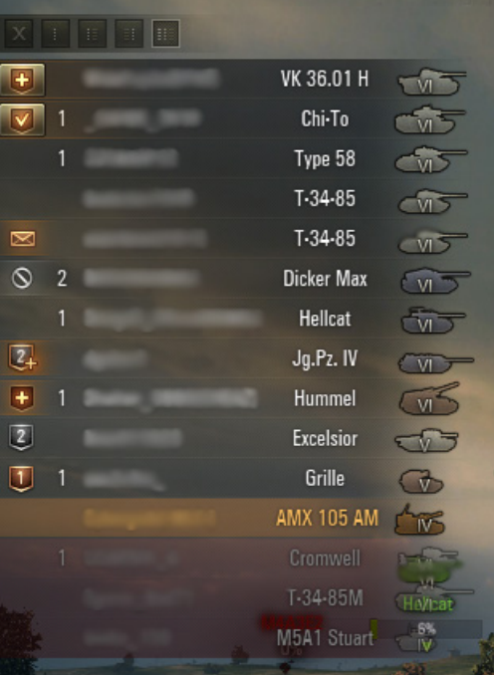 The icons indicate the following:

Hover the mouse cursor over the name of the player whom you wish to invite to the Dynamic Platoon, click the right mouse button and select the Invite to Platoon option:

If for any reason you decide to cancel your invitation, repeat the same steps, but this time select Withdraw invitation to join Platoon instead.

Accepting an Invitation to a Dynamic Platoon

Important: Please note that currently a Dynamic Platoon can only be created within the same team during battle. This means that you cannot send invitations to players on the opposite team in that battle.

Join forces and dominate the battlefield together, Commanders!