Let's take another look at these active wheeled scouts! We'll give you more details about each vehicle in the new branch, as well as some useful gameplay tips that will allow you to play more effectively.

Our dev team spent a long time discussing which vehicles should be included in the new wheeled branch. As a result, we opted for six wheeled vehicles of which five can be researched from Tier VI to X, and one is Premium. All of them have historical origins, and only the Tier X vehicle was slightly changed from its historical counterpart.

NOTE: Wheeled vehicles differ from "regular" tanks due to their new unique mechanics: the lock-on feature and two driving modes. These mechanics are added with each Tier gradually as you research new vehicles. As their Tier rises, the difference in maneuvering and speed between the two available modes, Default and Drive, also increases.
Content is available at greater widths of the browser window. 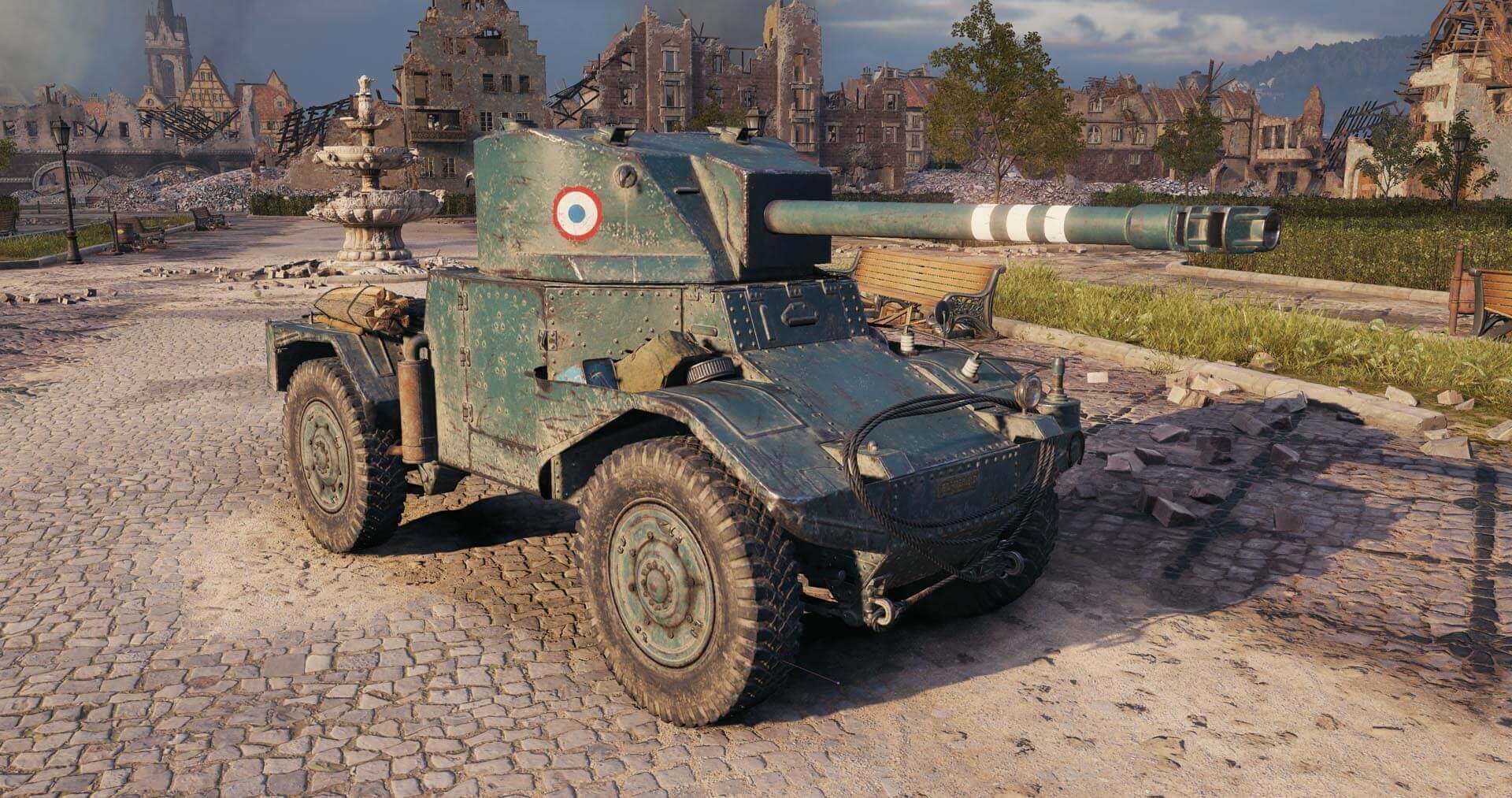 An entry-level wheeled tank that took part in battles during World War II. The AMD Panhard 178B is a transitional step from light tanks to wheeled vehicles. Its dynamics and maneuverability don’t differ much from most light tanks in our game. However, with this vehicle you will encounter the first unique mechanic of the entire sub-branch, the lock-on feature. It allows you to automatically aim at enemy vehicles just by simply right-clicking close to the target. 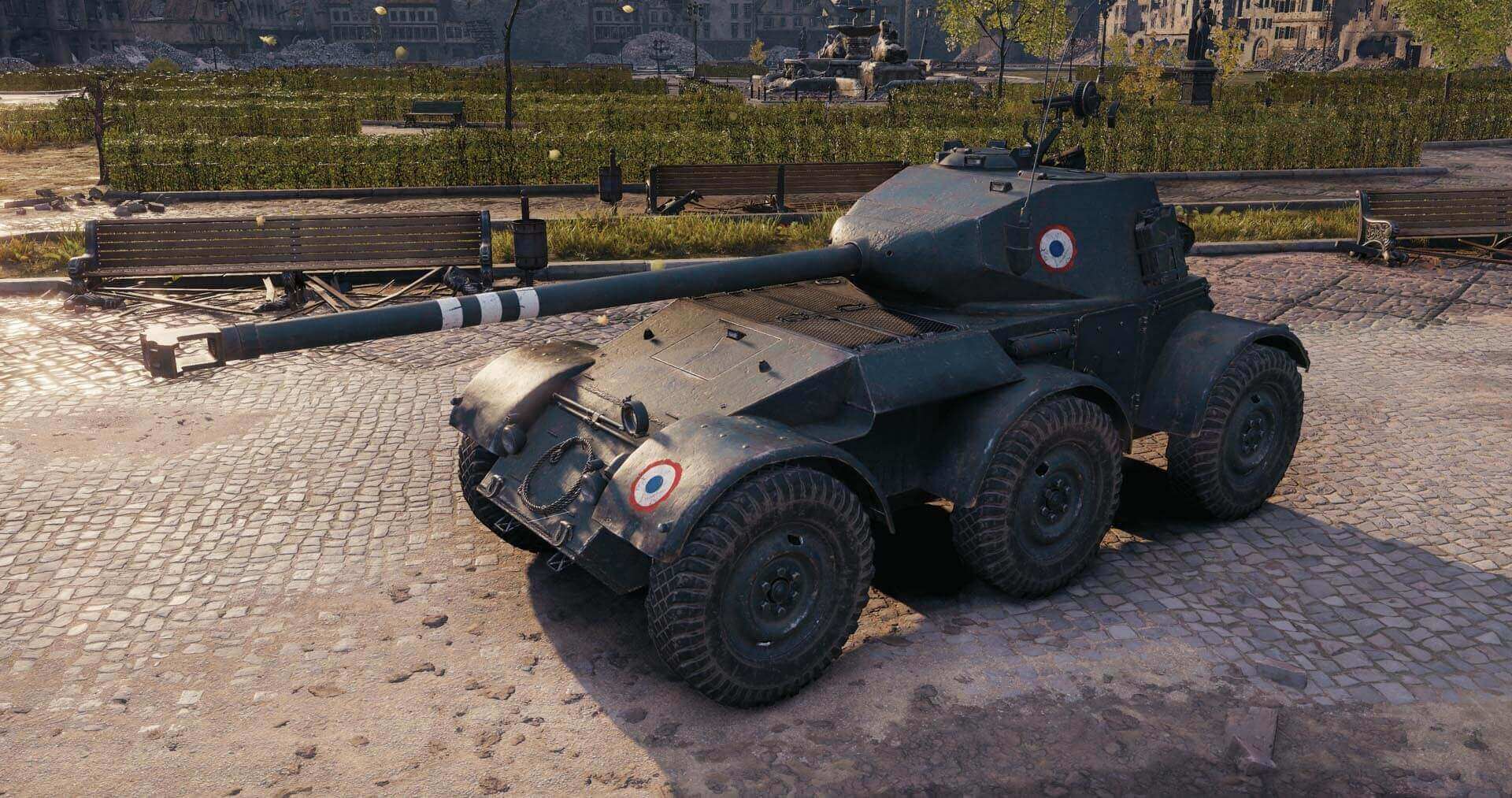 This wheeled tank is armed like a regular light tank and has two more wheels compared to the AMD Panhard 178В. If one wheel is damaged, the Hotchkiss EBR will keep on moving. Not as fast, but you need to deal considerable damage to its suspension to make it finally stop. 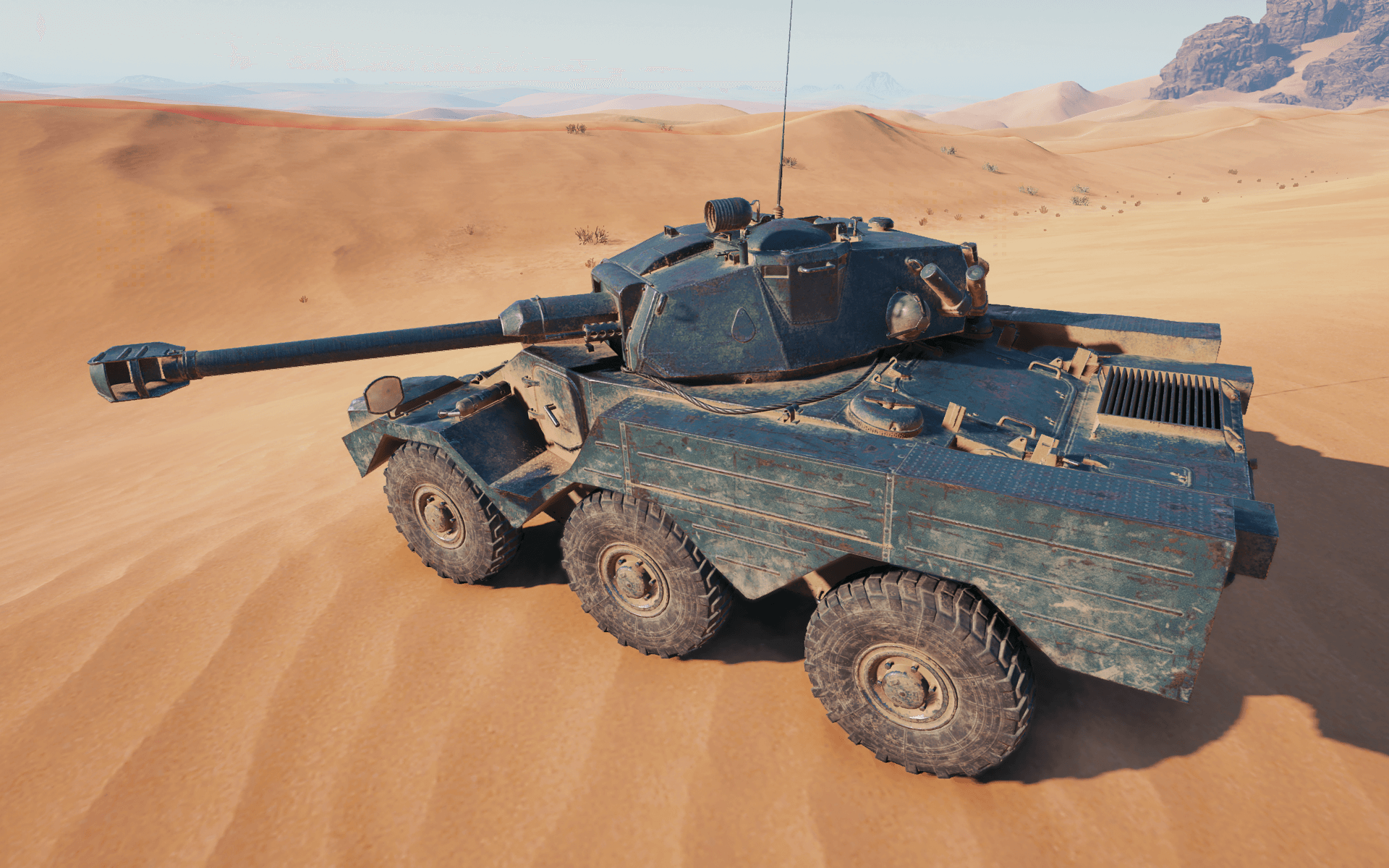 A serious adversary on the battlefield. It has another unique feature – fast switching between the two driving modes, Drive and Default. Drive allows you to reach speeds of up to 80 km/h and is best suited if you need to cross an area of open space as quickly as possible. On the other hand, such a high speed affects handling and increases the risk of a crash, especially when playing in urban environments.

Default mode will allow for better maneuverability, which will be useful in tight spaces and roads. When activated, the maximum speed of your wheeled vehicle is 58 km/h. 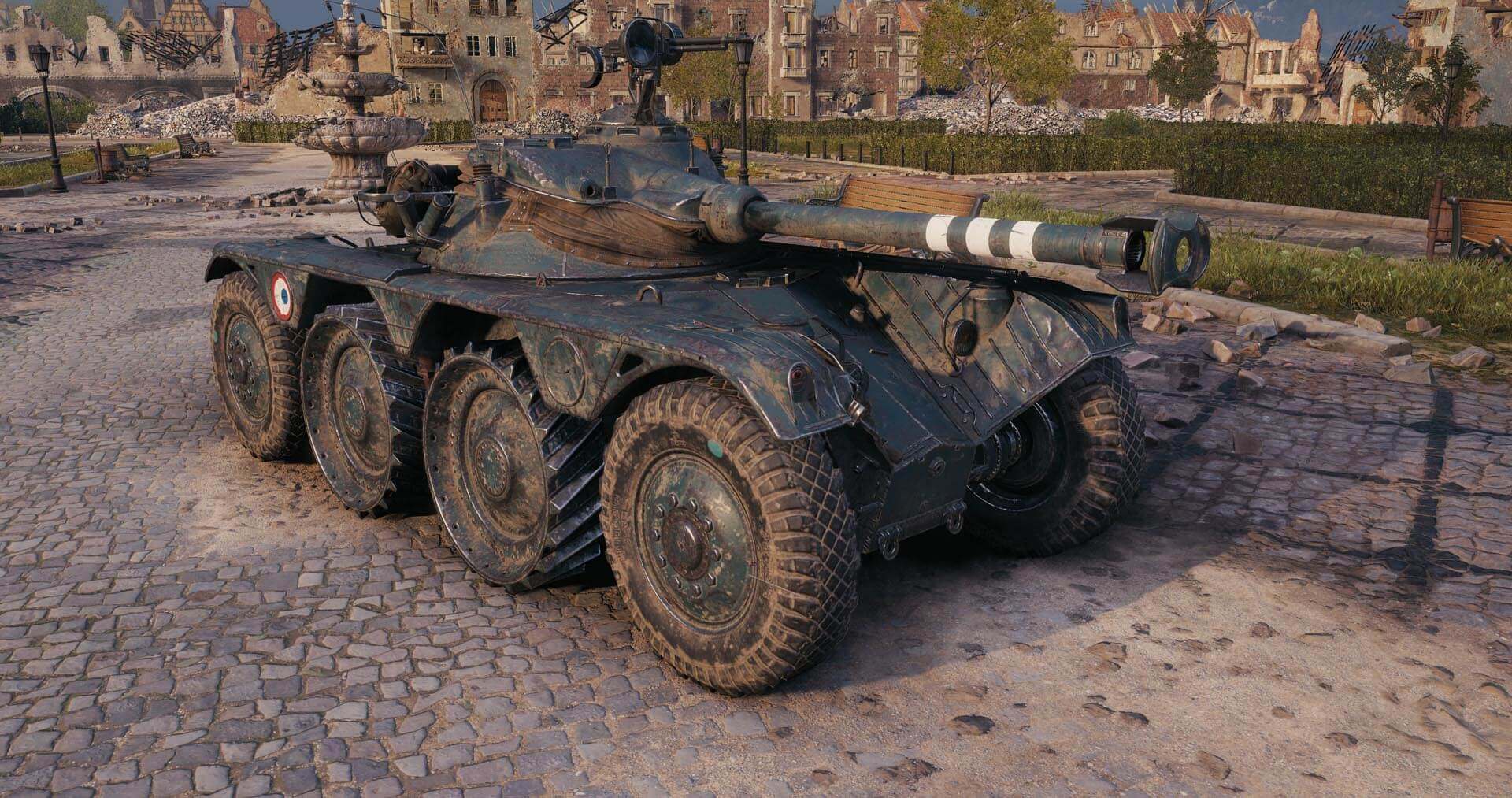 This wheeled vehicle boasts excellent movement, and its maximum speed reaches 85 km/h. The Panhard EBR 90 (mle. 64) can drive forward and backwards at the same speed. It’s in this vehicle that you can most fully feel the difference between the two speed modes. An accurate 90-mm gun serves as a good complement to its high maneuverability. 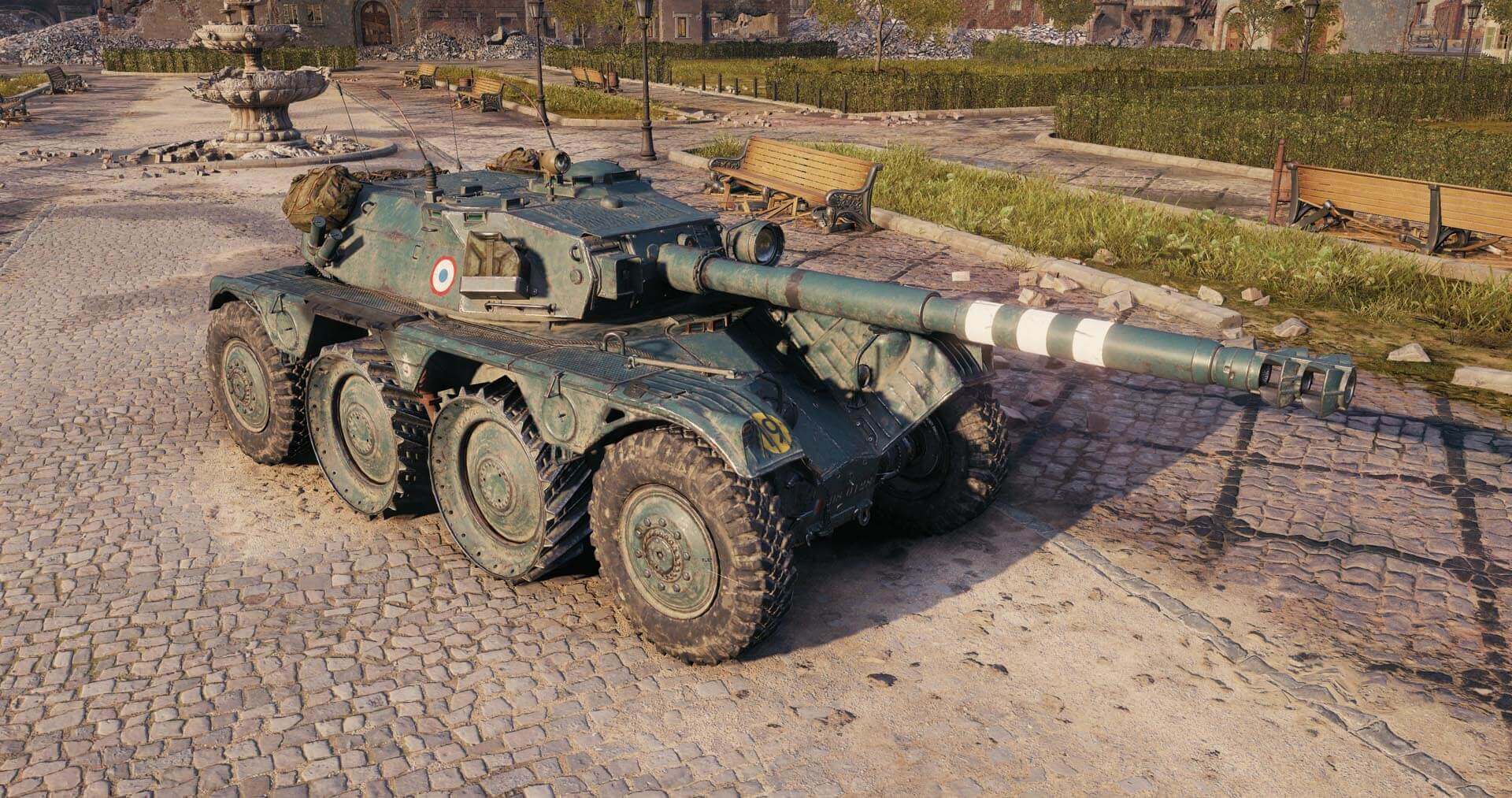 Historical armored cars of this modification didn't have a 105-mm gun, so we had to rework the suspension and turret to make it possible. The Panhard EBR 105 will have the highest speed among all the vehicles ever introduced in World of Tanks – 95 km/h! Also this wheeled tank has the biggest speed difference between the two modes. Its fast-firing 105-mm gun has a high Alpha damage (390 points) and is a real menace to all adversaries.

To make it easier for you to master wheeled vehicles, we've prepared some useful tips that will allow you to play more effectively.

We've put a lot of effort to adjust the characteristics of wheeled tanks, making them truly attractive and effective on the battlefield. Now it's your turn - play, use new tactics and win!

Take wheeled vehicles for a ride and share your impressions!