Team Battles 1.1 is going to be available for you shortly. With it, you will have the chance to immerse yourself in a true team building experience! The video should explain the basics to you and below we’ve put a few important highlights of the process to get you rolling as soon as the next patch is deployed.

Every player with a registered Wargaming.net account can enter the Team Battle mode to select Ranked Battles and click the “Create Team” button. After that is done, the new Team Commander can send invitations to join the Team to any other player.

Please note: there can be only a maximum of 20 active invitations sent out at any given time.

A Permanent Team can consist of up to twelve players. The players within the team can have the following ranks coming with certain privileges:

A Team may consist of any number of Officers and Privates, but only one Team Commander.

By participating in Ranked Battles a team gains Points. The amount of Points determines the placement of a Team on the Leaderboard and its exact place in a Ladder, Division and Group. 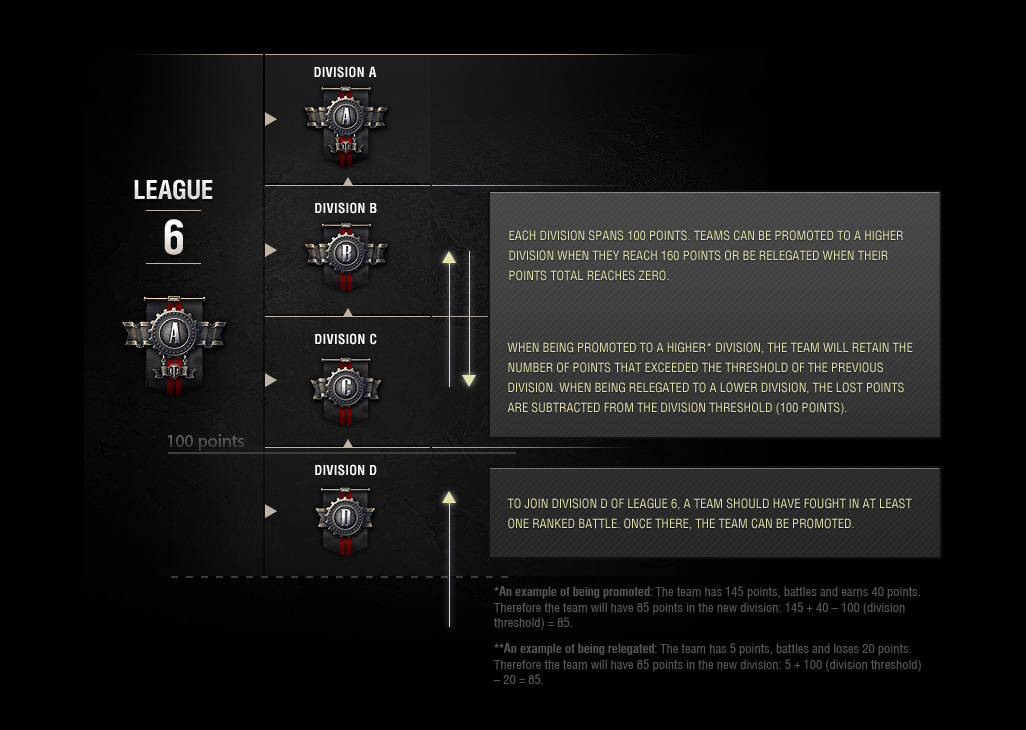 With the implementation of the new Team Battles system, there will be five new achievements available for people participating in them.