From the 30th June to the 1st of July, Wargaming Europe sent a team to Tankfest 2012 in Dorset, UK in order to showcase the game for new and existing players at a specially set up event booth. 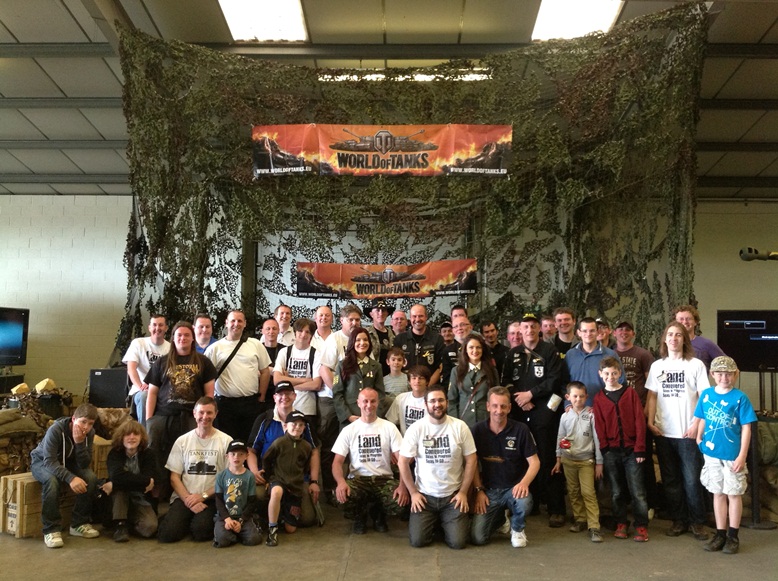 Bovington is the museum for the British Royal Tank Regiment and Royal Armoured Corps.  It has some very special tanks on display including the Black Prince, Tortoise and a replica of the Mark IV tank used in the film “Warhorse”.  With roughly 200 tanks on display there are tanks to suit all tastes, from light tanks such as the AMX 13 75, to medium tanks like the Sherman Firefly, heavy tanks like the Tiger II and M103, and tank destroyers like the Stug III and the mighty Jagdtiger.

A very special and unique tank on display at Tankfest is the Tiger 131. This tank was part of the 504th German heavy tank battalion and was captured on a hill called Djebel Djaffa in Tunisia in 1943.
During combat, it was struck by a shot from a 6 pounder on a Churchill tank from the British 48th Royal Tank Regiment.  The shot hit the gun barrel and then ricocheted into the turret ring, jamming the traverse. With the commander wounded the crew bailed out, leaving the tank to be captured.

After being repaired the tank was sent to England for a full inspection.  It was handed over to the Bovington Tank Museum in 1951 and sat on display until 1990 when it was removed from display and work began on its restoration. It was almost completed disassembled and a newer Maybach HL230 engine from the museum’s Tiger II was installed.  In December 2003 it was returned to the museum restored and is now in full running condition! 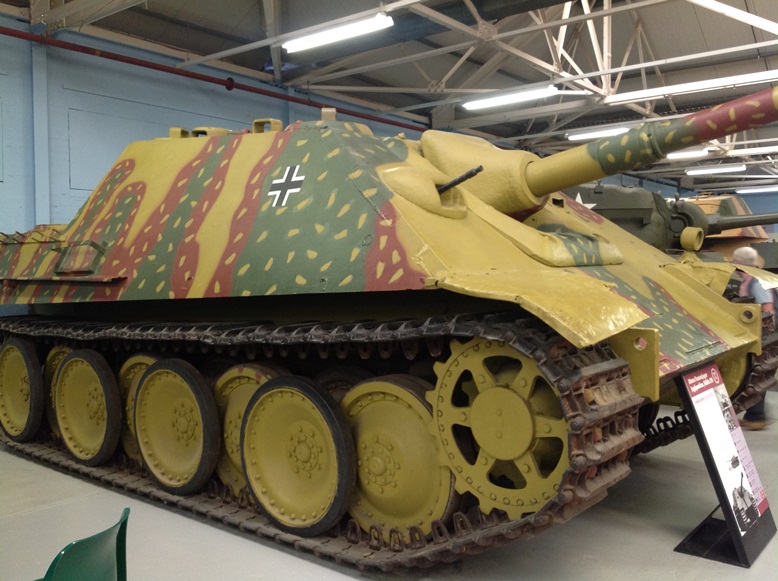 Tiger 131 is currently the only running Tiger I tank anywhere in the world. To see this tank in action on the arena showground was impressive and the engine sound was amazing. The damage on the gun barrel and turret ring are still visible. Wargaming CEO Victor Kislyi was lucky enough to get a ride in the tank when it was driving round the arena showground!

The Wargaming booth was flanked by two mighty American Heavy tanks and a TOG II. We had 10 custom PCs set up with special accounts to let new and existing players try World of Tanks. We also had a direct cable connection to ensure players had the best possible gaming experience.

Two of the PCs had large TV monitors connected to them which allowed visitors to spectate on the gameplay. These seats became popular “hot seats” as everyone could watch your amazing victories or crushing defeats. They provided much entertainment. 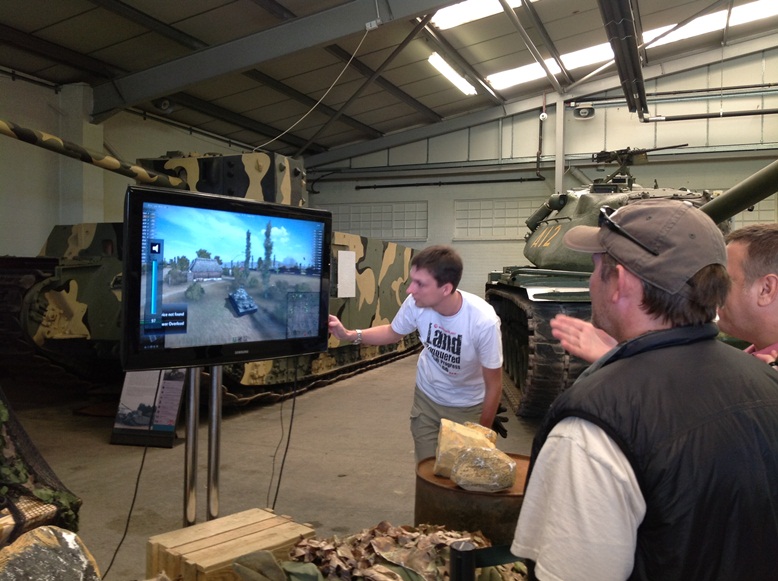 We had promotion codes available to give to players who tried the game along with invite codes for new players who didn’t yet have an account. There were also special Wargaming t-shirts available for players. Due to demand though these items went quickly, the t-shirts proving especially popular.

Along with all the amazing tanks on show, there were also special displays showing what life in the trenches would be like, vendors selling military memorabilia, model tanks, face painting, picture booths, food stalls, and lots more.  The arena showground had continuous displays with various tanks being rolled out for the public to view. “Megatron” the up-armoured Challenger 2 was a fan favourite.

We were lucky to get a gap in the famous British weather and on both days the rain held off.  However, sadly due to cloud cover, the mock battle wasn’t supported by the WW1 planes.

Our booth was constantly swamped with players and it was great to see so many veterans and new players getting stuck in. At the event players could meet Mohamed "Moneo" Fadl the Head of Community for Wargaming Europe, English Community Manager Agata “Supercharge” Olewinska, English Community Coordinator Ryan “Ectar” Murphy, and Customer Service Representatives, Artur “Ev1n” Plociennik and Mike “Ricko” Catterick. Military experts The_Challenger and The_Chieftain were also on hand to lend their extensive knowledge and speak to our visitors about armoured warfare and combined arms. 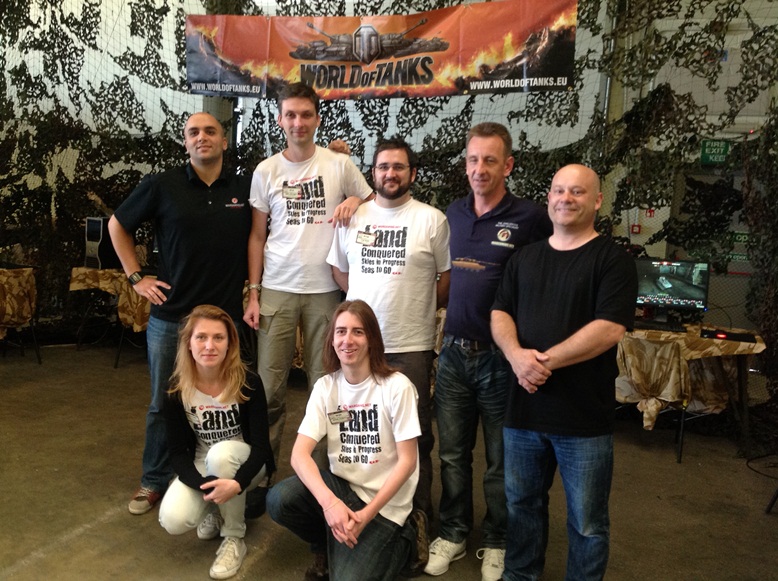 Thank you to everyone who visited us over the weekend. It was a pleasure to meet existing players and their families along with new players eager to roll out!

You can see more pictures on our Facebook page.

Stay in touch to hear about more events taking place over the summer where you can meet us and other fans of the game!