Tank of the Month: The Mainstay of Wehrmacht

The Panzerkampwagen IV, commonly known as the Panzer IV, was the spine of the armed forces of Germany during WWII. Not only was it the only German tank to remain in production and to see combat throughout the war years, it was also the most widely manufactured German tank with almost 9000 units produced.

Initially the Panzer IV was intended to be used as an infantry-support tank, leaving the Panzer III to fight enemy armour. But due to the unpredictable nature of warfare, things didn’t work out this way.  Due to its versatility, Panzer IVs ended up comprising around half of the available German tank strength on the Western Front prior to the Allied invasion of Normandy on June 6th 1944.

As the Panzer IV continued to see combat with new and varied allied designs, it in turn received upgrades and modifications to its original design until March 1945.  This allowed it to remain a formidable opponent, whatever it faced. The chassis remained the same for all the models created up to Ausf J, whilst improvements were made by increasing armour thickness and upgrading the gun. The biggest change to the PzKpfw IV came in early May 1942 with the F2 model, which incorporated the long-barrel 7.5 cm KwK40 L/43 gun. This specific tank, which the British dubbed the “Mark IV Special”, introduced a new level of lethality to the Panzerwaffe. For some time, the Panzer IV was the only German vehicle capable of taking on the Russian T-34s and KV1s. 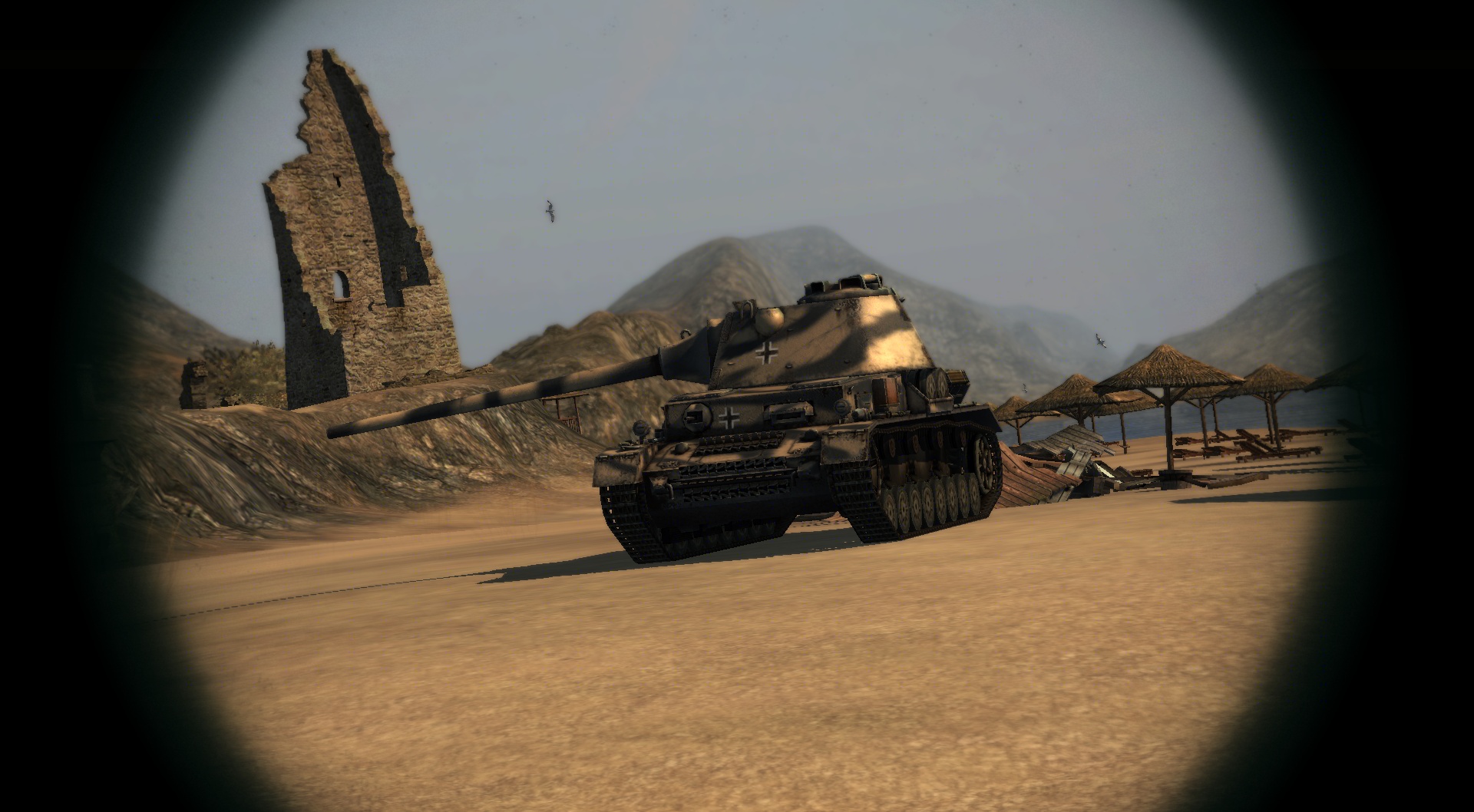 The prototype specifications were simple: it was a medium tank with a 75 mm calibre gun and maximum weight of 24 tons. Its development was carried out under the name Begleitwagen (“accompanying vehicle”) to disguise its actual purpose. This was because under the Treaty of Versailles, limitations had been placed on Germany which included a prohibition on tanks and armed vehicles.

The prototype required a crew of 5 men. The driver was seated in the left side of the front next to the radio operator (front-right) who doubled as the hull machine gunner. In the turret, the tank commander sat beneath his roof hatch, while the gunner was situated to the left of the gun breech and the loader to the right.

The engine was located on the rear bay and had a manual transmission with a 6-speed gearbox and reverse. The turret was motorized although there were manual controls in case of emergency. Its chassis and basic structure served as the base for a great number of variants and derivatives of the Panzer IV which included the Hummel, the Nashorn, the Brummbär, the Wirbelwind and the Ostwind. 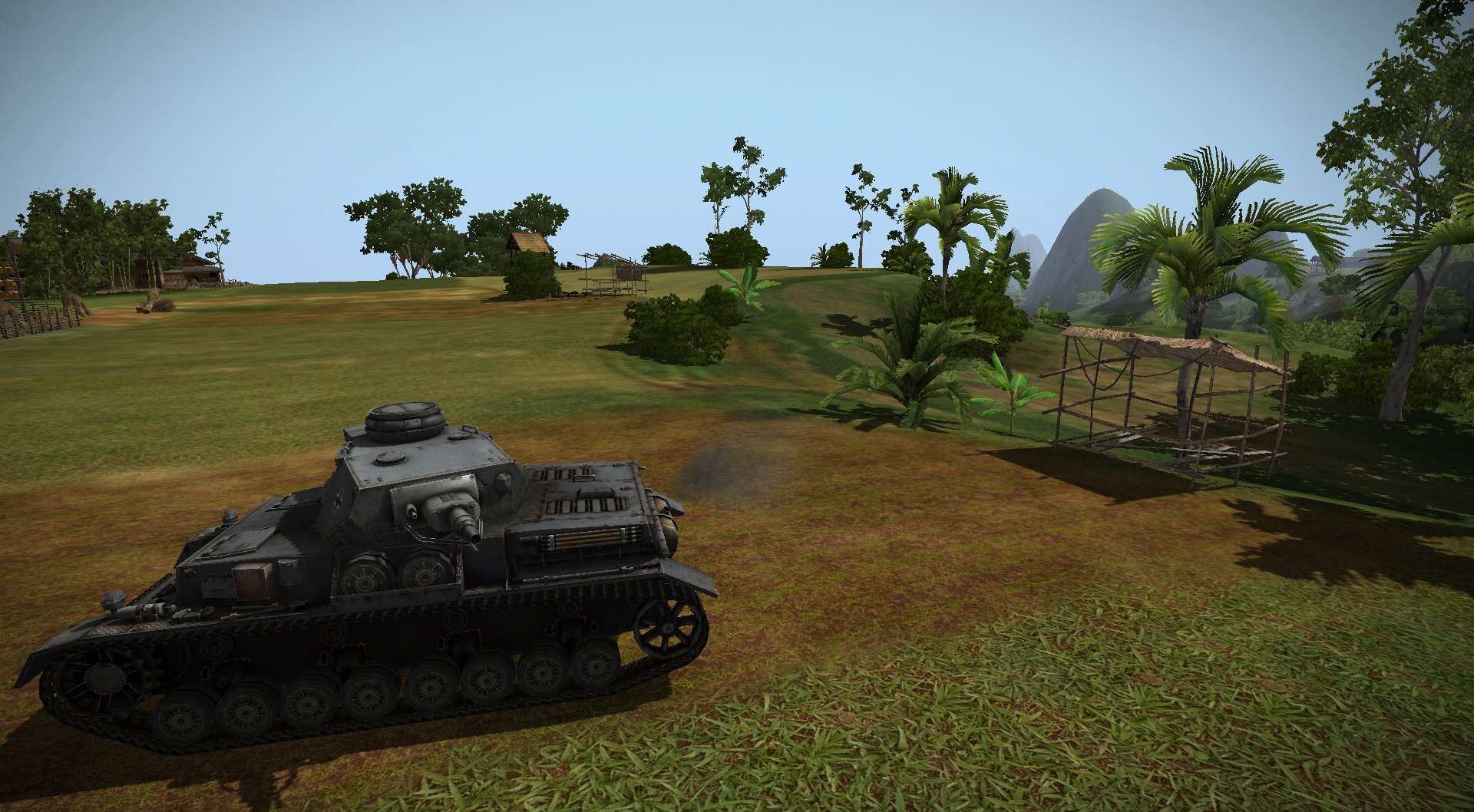 The PzKpfw IV is a German tier V medium tank which comes after the PzKpfw 38 nA, and it leads to the VK 3601 (H) and the VK 3001 (P). It is considered to be one of the best and most versatile low-tier mediums in the game. Let’s take a look at the tech tree specifications in detail:

The three engines available for this tank are all tier IV. The real deal comes in with the research of the Maybach HL 120 TRM, with a 440 h.p. which finally makes it easy to accelerate to the top speed of 45 km/h.

The research of the Ostketten tracks is a must if you want to push the tank to its limits. The second turret alone weights 8.5 t.

The research of the FuG 7 will provide a good improvement, but the outstanding 710 m signal range of the FuG12 means that you may want to consider it as a mere stepping stone. This radio capability combined with a good horsepower makes for a good speedy scouting tank.

When using the stock turret, you always have to watch your flanks. Even a tier III or IV vehicle can spoil your day given the very little side (30 mm) and rear (20 mm) armour, one of the thinnest and least sloped in the tier.

There are three good reasons to get the Schmalturm turret: its armour (it is thicker than any other tier V tank turret), the extra hit points and the ability to mount the 7.5 cm KwK 42 L/70 and the 10.5 cm KwK 42 L/28 guns. However, bear in mind that all this comes at the cost of turret traverse speed: from 44 deg/sec to 20 deg/sec. The turret is high profile, so seeking cover that will allow you to hide your hull is a very good idea. Some might say that if you want a Panzer IV without the turret then you might as well just get the Panzer III/IV, since the IV is slower.

When using the 7.5cm L/70 (tier VI), you are primarily a sniper, firing from long distances thanks to the very good penetration and accuracy. In this role, a Camouflage Net is a good idea. Play like a TD with a turret: support from the second line and don't get too close to the front where you'd have to manoeuvre a lot as you are fairly slow compared to other non-heavy tanks in your tier. If you're getting one-shotted it probably means you're in a high tier fight, in which case you need to stay out of the major firing line. Commit only when you are certain that you can get good shots in with little chance of enemy retaliation. Adopting back row and sniping tactics lend to success for those that want to use the 7.5 cm L/70.

As general advice, the starting point with this tank should be obtaining the radio FuG 7, the engine Mayback HL 120 TRM, the PzKpfw-IV-Ostketten suspension and the 7.5 cm KwK 40 L/48 gun. Investment in this tank is a good idea as it is a great credit earner and one you are very likely to want to keep.