As you know, Version 9.3 brings new features to the game, including additional content for the Strongholds game mode. One of these features is the new building called the War Department, which will grant you some interesting reserves. 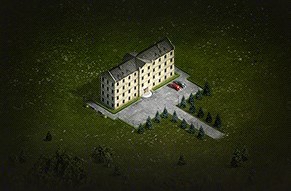 This special structure will occupy the last remaining slot in the 4th zone of your stronghold. The War Department can produce special reserves which can be issued to all clan members in the form of various combat tasks and quests to be completed in random battles.

The missions can differ greatly in terms of content and difficulty. You can, for example, be given the task of dealing a certain amount of damage in battle while playing in a platoon or being among the top players by XP earned.

The tasks will be valid for only two hours starting from the moment of the reserve activation.

The battle missions may be completed only on Tier VIII vehicles or higher and the award depends on the building level. The higher the level, the wider the variety awards available.

Investing in your War Department really pays off, because once you reach Level VI of development, you will be able to receive tasks with valuable rewards! To give you an idea, we have prepared a table illustrating what you can expect.

Important: please note that you can get only one type of reward at a time. For example, on Level V of the building you will be able to get EITHER Crew XP OR Combat XP OR credits – not all of these at once.

When activating the reserves produced by the War Department, you can receive the following tasks (chosen at random):

This new feature will allow up to 5 players who aren’t affiliated to any clan to participate in your clan’s skirmishes. Hiring Legionnaires can be also used for the purpose of testing applicants before admitting them to the clan, or simply to fill vacant slots in the team up for a skirmish.

Starting from the 9.3 Update, the balance of credits income for skirmishes will be increased:

Additionally, a special battle mission for boosting experience by 50% in skirmishes will be launched and the amount of Industrial Resource earned for a Skirmish in Absolute division will be increased from 300 to 400.

Until now, only up to 20 clan members could be assigned to one building. This limit will be cancelled and it will be possible to attach any number of clan members to any building.

Leveling beyond Tier IV and attacking other strongholds

The functionality requires additional tests, so after Update 9.3, we will be releasing a special common test, in which any player can take part. Based on the results of the test we will make a decision about launching these features.

For the time being, Strongholds upgrades, including the new War Department building, will be restricted to Level IV.