We were absolutely overwhelmed by your enthusiasm at smashing those Merge Milestones but also heard your disappointment, that some might not have had a chance to unlock a reward yet.

Because of this, we will release a brand new code (on top of our standard Milestone codes) for EVERYONE to activate!

The code will be released on all channels after we reach the 3rd Milestone (only Twitter, Instagram and TikTok are left) or at the end of the event (21.11.2022).

A new subscriber milestone has been reached and a new bonus code has been released on the respective channel(s). Click here for more details!

We're sure you have questions, so please refer to the FAQ section below. But first:

Game Servers Will Not Change!

What does this mean for channel followers and subscribers?

Fewer destinations and less confusion, but more of everything else! Get ready for more news, more videos, more updates, more streams, and lots of consolidated content. Plus, our NA and EU players will be introduced to even more streamers and video personalities (Cmdr_AF, The Chieftain, and TragicLoss—meet Eekeeboo!) and be rewarded for activities and contests that are redeemable in both regions.

NA players will reap the benefits of video series like Monthly Rundown, Inside the Tanks, and Map Guides, while EU players are sure to find WoT's Next, Tanks 101, and Five Things welcome additions to their video playlists.

Subscribe to New Channels, Pass Milestones, and Get Bonus Codes

But we can't do this alone. We need your help! In order to merge, we will need all of our current subscribers and followers to manually migrate to our new merged channels. Although the English-language channels are merging, rewards will be available for all supported languages in North America, South America, and Europe.

Click on all of the icons below to join the new merged channels for World of Tanks: 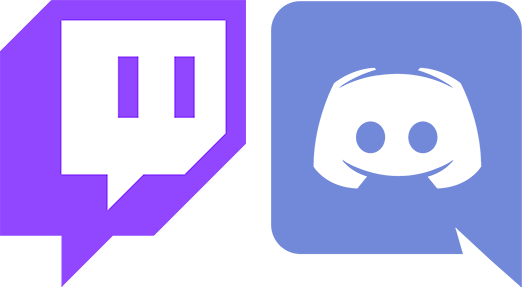 What About Twitch and Discord?

Twitch and Discord will also merge their English-language NA and EU channels, but not as part of this event. Please stay tuned for more information.

Step 2: Look Out for Bonus Codes on Each Channel

To encourage players to subscribe to our merged channels, we will be offering Milestone Rewards in conjunction with our followership and subscriber goals for each channel. Whenever a milestone goal is reached, a bonus code will be released on that merged channel. At any time, a special code may be revealed in a post, picture, or video published on the channel that passes the milestone. There are a limited number of bonus codes available, so claim them as soon as you can!

As you can see, the more milestones a channel hits, the better the rewards. If all subscriber milestones are reached, up to 19 bonus codes can be redeemed (per player), so make the change and don't miss this chance to pick up valuable items including Premium vehicles!

For Milestones 1 and 2, followers can claim the same reward more than once using bonus codes from multiple channels.

The Milestone 3 reward can only be claimed once.

Milestones 4 and 5 each feature two rewards:

Redeem the bonus codes in the Premium Shop as soon as you see them. You can do this by clicking the button below:

Each unique code can be redeemed once per account.

Will there still be region-specific Twitch Drops on the single English-speaking Twitch channel?

Both regions will have mostly the same Drops; however, there may still be region-specific Drops (such as Thanksgiving for NA).

What will change in the South America region (LATAM and Brazil)?

Nothing—these channels will remain the same. This merge will only apply to English-language pages and channels.

Most of the NA audience-favorite content, including WoT's Next and NA streams, will move to the new channels.

Does the merge include World of Tanks Asia?

No, Asia will retain its English-language channels.

What does this mean for NA Community Contributors?

The NA and EU contributor programs will be combined and both groups will enjoy the same support and benefits.

What happens if I don’t subscribe to the merged channels by the deadline?

The old channel will stop operating and you will miss out on all of the new game content.

If I move to a new channel, will my tweets, messages, and posts come with me?

In certain cases (such as YouTube), we will move existing content and comments to the new merged channel (subject to technical limitations on the platform). However, for the most part, old content and connected posts will remain on the old channels.

How will bonus codes work in the future? Are they still linked to specific servers?

Although we will try to offer bonus codes that apply to both the NA and EU servers as often as possible, there will still be occasional region-specific bonus codes. Existing regional bonus codes will continue to be restricted to that region.

Are you planning to remove other language-specific YouTube channels, such as the German-speaking channel?

No, this merge will only impact the English-language channels.

Subscribe to our new social media channels, get a whole new world of content, and watch out for bonus codes to claim fantastic rewards!