Czechoslovakian tanks are soon hitting the battlefields which is a good time to introduce you the top dog, fierce competition for the Bat Chat.

The TVP project started off in January 1948 as two separate ones. The T 50 was the Škoda project and the T 51 was developed by CKD. The initial plan was to have a highly mobile 35 ton tank with solid protection and as powerful 100 mm gun as possible. Let's have a look on what it is like in World of Tanks!

The first thing you should notice about this piece of engineering is its gun. It might not look too impressive at the very first glance, but wait until you try it. That's right, the Škoda TVP T 50/51 really has just a 1.5 second delay between the 4 shots it can burst at the enemy from its cylinder! Combine that with decent penetration of 248 mm and 320 damage and you get a truly destructive machine.

Did you think the good news ended there? Not even close! The base reload time is under 25 seconds, which can be further shortened by training your Crew with Brothers in Arms and by using Improved Ventilation and Premium Consumables. And to top it off, the elevation angles are excellent with 8° of gun depression and 20° of gun elevation.

And we are still not done! The precision of the gun is a nice 0,35 while the aiming time is a quick 2,1 s. That means none of the excellent parameters of the gun will be wasted on a piece of turf! 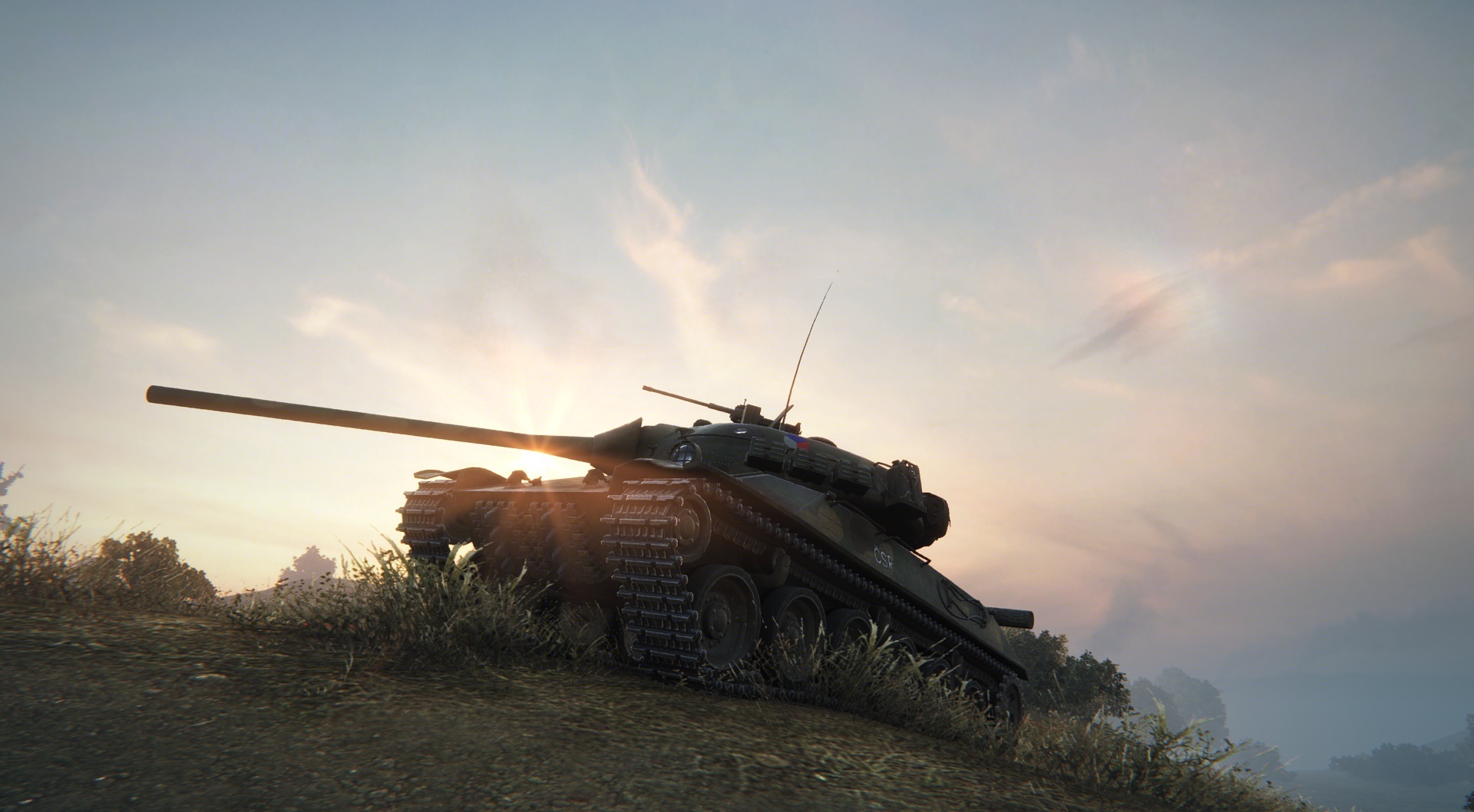 This beast is fast! It has a monstrous 1000 h.p. engine which moves only about 40 tons. This is still slightly worse than the Bat Chat, however, considering the excellent traverse speed, very good top speed and still solid ground resistance, the new Škoda will not be far behind its French rival.

And believe us, you will need to be swift on the battlefields. Because nothing else will protect you from your ruthless enemies, as you are carrying close to no armour on your rather large speedster. The thickest protection you can find is on the front of the turret with its 120 mm, while the front hull armour goes only up to 65 mm. 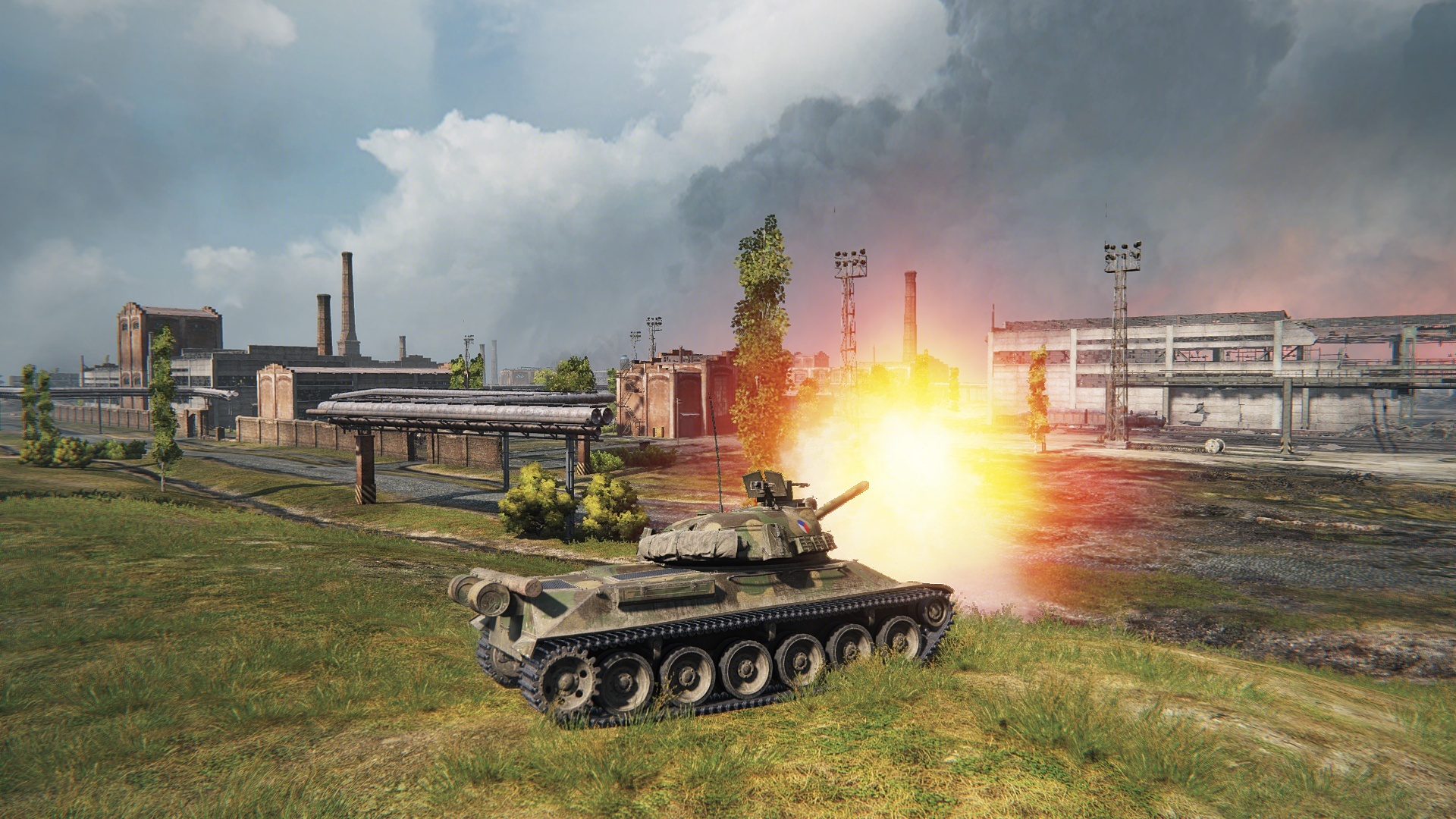 The Škoda TVP T 50/51 is a double-edged sword. It can be incredibly powerful in the hands of an experienced player, although it can cause pain to those who are not used to the playstyle of autoloader tanks.

The biggest advantage of this tank is its overall swiftness in all aspects, so use it! Quickly capture the key points, dish out the damage and take cover to reload, preferably behind your allies. That is the ideal beginning of a battle for you right there.

In the middle phase of the battle, make sure that you don't take too much damage. Watch the situation on the map, use your long view range to spot for your teammates, move between flanks as needed and strike your unsuspecting enemies hard while they are engaged in a fight with your allies. Take advantage of the supreme mobility to avoid enemy shells and high elevation angles to fight along ridges, while showing only the turret to your opponents. Remember the short delay between shots in the drum? Don't ever forget it, as it means that you can unload 1280 damage in under 5 seconds! And that can bring a lot of enemies to their knees.

By the end of the battle, provided that you did manage to avoid getting badly damaged, you can choose a slightly more aggressive playstyle. Try to hunt down partially damaged and isolated enemies, one by one, clip by clip.

Please note that this tank is still undergoing testing. Therefore, depending on the test outcome, the tank may be altered or even removed completely upon the official patch release.