During the last two game updates, we added more premium vehicles to World of Tanks and it is now possible to buy a premium vehicle of every tank type in the in-game store. With the addition of a Soviet heavy tank and a German tank destroyer, the selection of premium tanks, tank destroyers and artillery now really does contain something for everyone!

Premium tanks are tanks that can be obtained by purchasing them with gold or through some special events or packages. All premium vehicles start at Elite status, which means that all experience gained from a battle can be sent directly to accelerated crew training, or can be converted into free experience to improve another tank. In addition, the premium vehicles generally have very low repair costs and they tend to make good amount of credits.  Finally, premium tanks have no tier requirements, so you can purchase a high tier vehicle before you have researched that tier of normal tanks! So don’t hesitate – pick up your experience and money makers today!

For now, we are going to tell you a bit more about the new premium tanks that were included in the last two patches (7.3 and 7.4).

The IS-6 is a Soviet tier 8 premium heavy tank.

The IS-6 has 1500 hit points, which can give you confidence in battle that even if you are spotted you will not be easily destroyed. But with a speed limit of just 35 km/h, your tactics cannot include simply  running away. You need to hide and shoot. With your 122 mm D-30 gun, you can expect about 390 hit points of damage with your AP shells.

Some of the characteristics of this heavily armoured steel beast are listed below:

The IS tank series was named in honour of Iosif Stalin. The manufacturing aim with these tanks was to combine the sturdiness of a heavy tank with the mobility of a medium one. The IS-6, also known as Object 253, was developed in the summer of 1944 at the Kirov Plant (Leningrad). The original plan was to construct a tank with an electric mechanical transmission located in the rear as per "Ferdinand's assault artillery". A variant known as Object 252 was also produced, which had the same mechanical transmission as the IS-3, but with a chassis that only had large road wheels and no support wheels.  The Soviet designers then chose the electro-mechanical transmission, hoping that it would increase the maneuverability of the tank. In the autumn of 1944 the prototype underwent trials. However, the tank was scrapped due to its huge weight and the low reliability of the electrical transmission. It did not enter mass production and never saw service.

The 8.8 cm Pak 43 JagdTiger has 1300 hit points, but as a tank destroyer you should always avoid close combat.   You need to remain hidden, and shoot at your enemies from long range. The tank comes with a powerful 8.8 cm PaK 43 L/71 Ausf. This gun has a very good rate of fire (11.11 rounds per minute), allowing you to shower your enemies with shells. Check out the main characteristics of this very destructive machine below:

In 1945, the production order for the Jagdtiger was increased, but the supply of compatible guns became insufficient. As a result, approximately 20 vehicles were equipped with the 8.8 cm PaK 43 L/71 gun, the most powerful anti-tank gun of the Wehrmacht to see service in significant numbers. The JagdTiger was based on the Tiger Ausf B chassis, but with widened suspension and a welded superstructure instead of the turret. 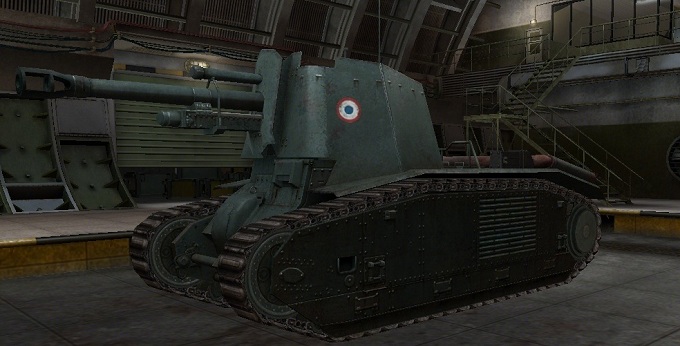 The 150 leFH18B2 is the first premium self-propelled gun to be added into the game. Its heavy and powerful gun will allow you to score some very nice shots. To get a better idea of the performance of this German gun mounted on a French structure, have a look at the table below:

This artillery unit is basically a German 105-mm howitzer self-propelled light artillery unit mounted on a French B-1 bis body. In March 1941, the Rheinmetall-Borsig company were ordered to develop a self-propelled gun with a 105-mm gun to directly support infantry and tanks during attacks. They used the French B-1 bis chassis that had been captured in war to create 16 self-propelled howitzer systems which they named leFH18 / 3 (Sf). The 150 leFH18B2 was a subsequent variant in which the more powerful 10.5 cm FH 18 gun was mounted on the chassis. The SPG was compatible with a wide variety of shell types and was equipped with a rear brake to reduce recoil.  The vehicles entered service in 1942 and were used on many fronts during World War II.

The FCM36 Pak40 is a French tier 3 premium tank destroyer. 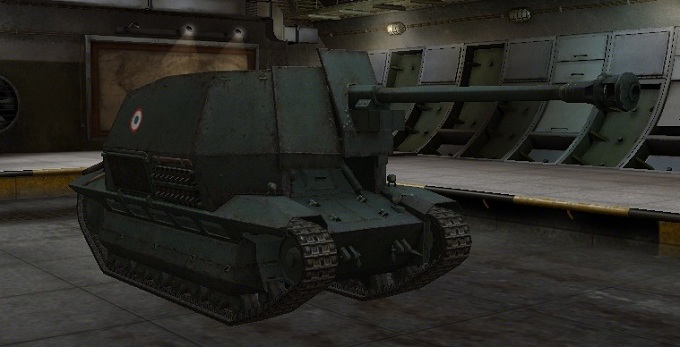 The FCM36 Pak40  is the first premium tank destroyer to be added into the game. It has a good rotation speed of 37 degrees per second.  This allows you to quickly face your enemies, something that is very important for a tank destroyer. The tank has a very good view range for its tier, so avoid being detected by your enemies by taking the time to aim at long range.  Then destroy them with your excellent 75 mm cannon.

Some of the characteristics of this vehicle are listed below:

Forges et Chantiers de la Méditerranée (FCM) was a French tank manufacturing company. The FCM 36 tank was designed around 1933 to be a light infantry tank.  It had a diesel engine which allowed a better radius of action and solid welded armor.  In 1943, the Germans captured 37 of these tanks, and ten of them were rebuilt as tank destroyers with the German PaK 40 gun.  These were then employed by the 21st Panzerdivision in the Battle of Normandy in 1944.

You can buy all these premium vehicles in the in-game store. To purchase them, you need to choose an available slot in the garage and click the option to “buy a new tank” or just click the “store” button and look for the vehicle you want to buy there. Select a country (France, Germany, Soviet Union or USA) and/or a tank type (heavy, medium, SPG, etc) and choose the one you want from the list of available tanks.

Remember that you need to have a free slot in your garage to be able to purchase the new vehicle. You can either get one at the time you buy the tank, or obtain one in advance by clicking the “buy a slot” in the tank carousel.  Alternatively, you can sell one of your existing vehicles to free up a slot.