Two years ago, when celebrating the 100 years since the first tank rolled out, we had a special game mode. This mode had you convoy the Mark I to its destination while you were on four wheels in Lanchester armoured cars. This fun and very different mode was a great way of testing gameplay changes for the future.

Recently we mentioned that a new branch of vehicles with a fresh playstyle was on the horizon —these beasts swapped tracks for tires. Wheeled vehicles have been through our internal testing process but now that they are arriving on the Super Test, we’re focusing on having all testers try them out so we can gather data on what needs to be adjusted. We want to bring back active spotting, as higher-tiered light tanks have become passive spotters focusing more on dealing damage.

Why French? Well, they have one of the, if not the most famous armoured wheeled vehicles, the Panhard, which were recently in action by several militaries. Plus, they also have a special mechanic, the plug-in all-wheel drive, which gives us the opportunity to implement it in the game.

Panhard vehicles are the embodiment of the armoured car concept. Perfect for airborne deployment thanks to their small size and weight,  the Panhard helped drive wheeled combat vehicle technology in the post-war era.

In real life, they are more often used as escorts, internal security or reconnaissance on the battlefield and were a natural progression from cavalry. Due to simple maintenance and low production costs, these wheeled vehicles have always been in constant demand, even after the invention of the tank.

Over the years, armoured cars have even been capable of handling large cannons that can take out tanks. However, our tech branch focuses on the historic scouts.

NOTE: All these features are currently in testing and may be changed before the full release.

Gameplay and Differences to Light Tanks

In terms of class, these wheeled vehicles will be light tanks. However, they will come with significant gameplay changes, including a new movement mechanic.

There will be two driving modes of each vehicle—let’s call them Default and Drive for now: 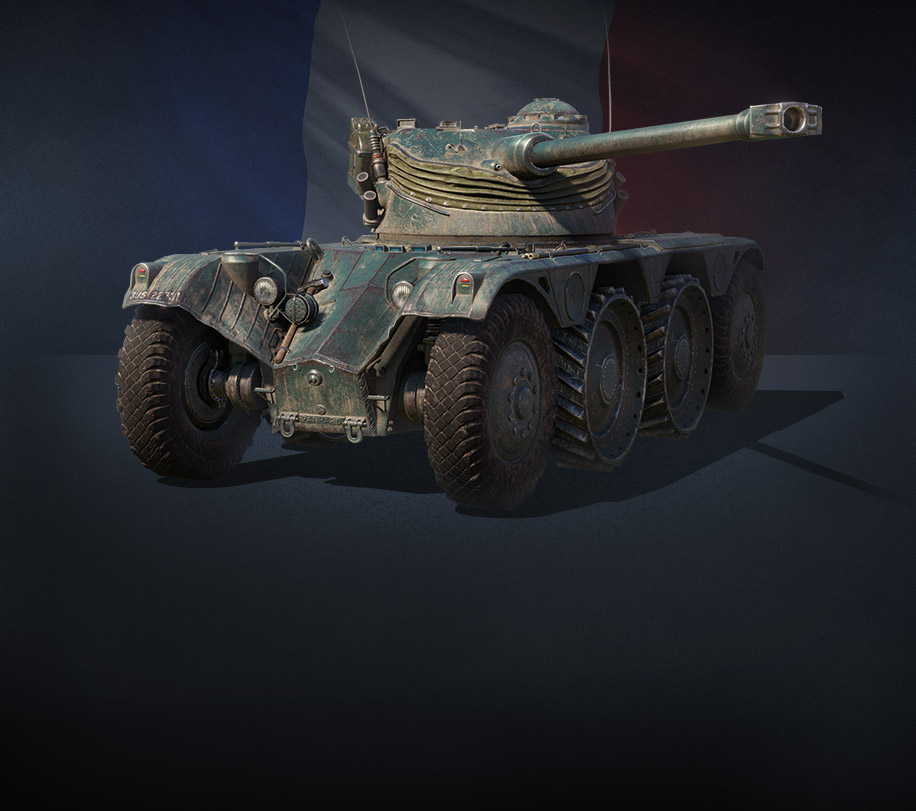 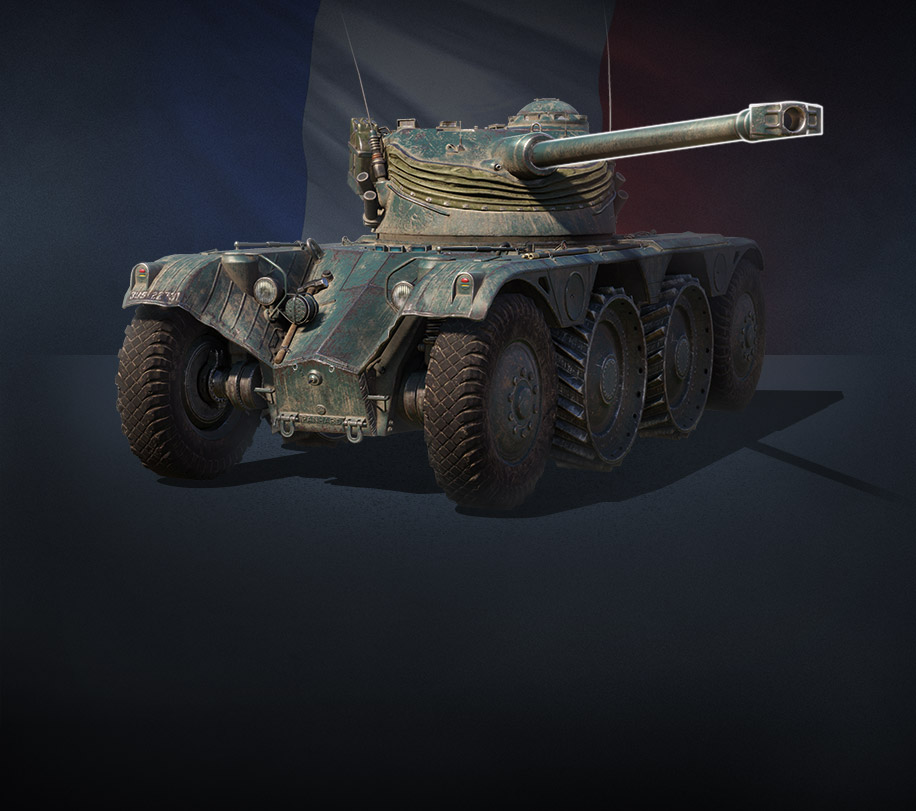 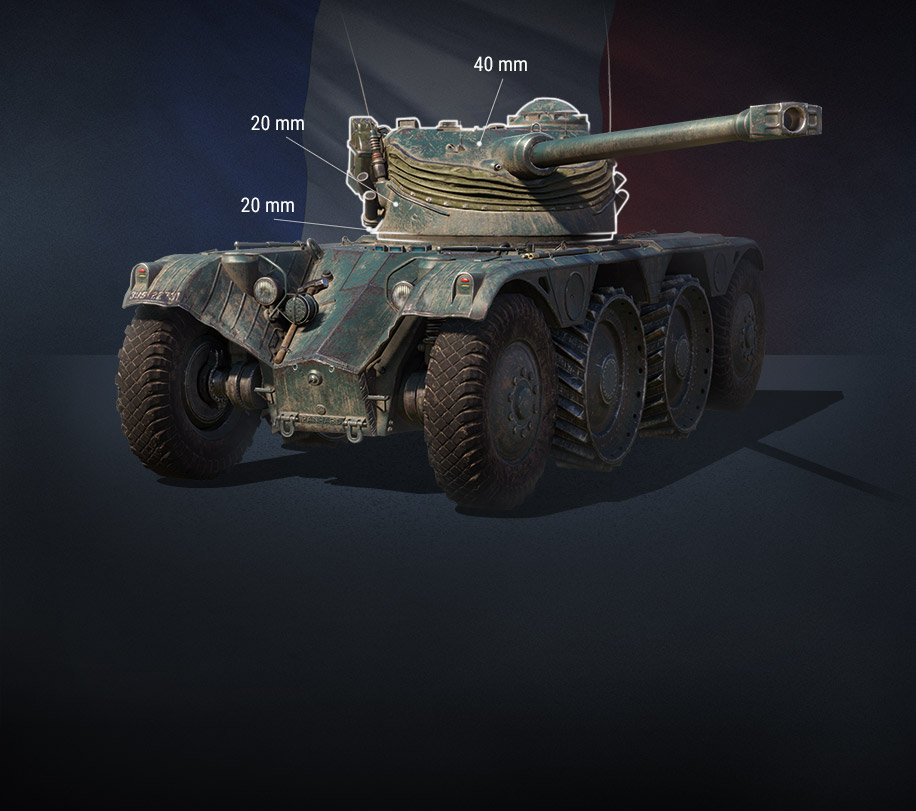 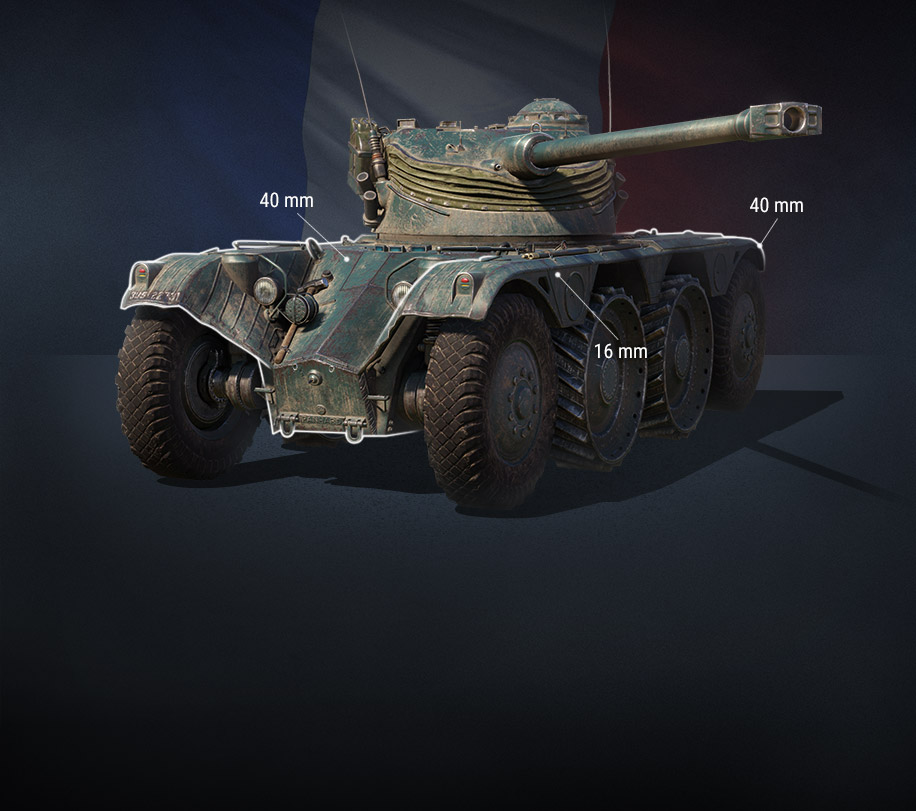 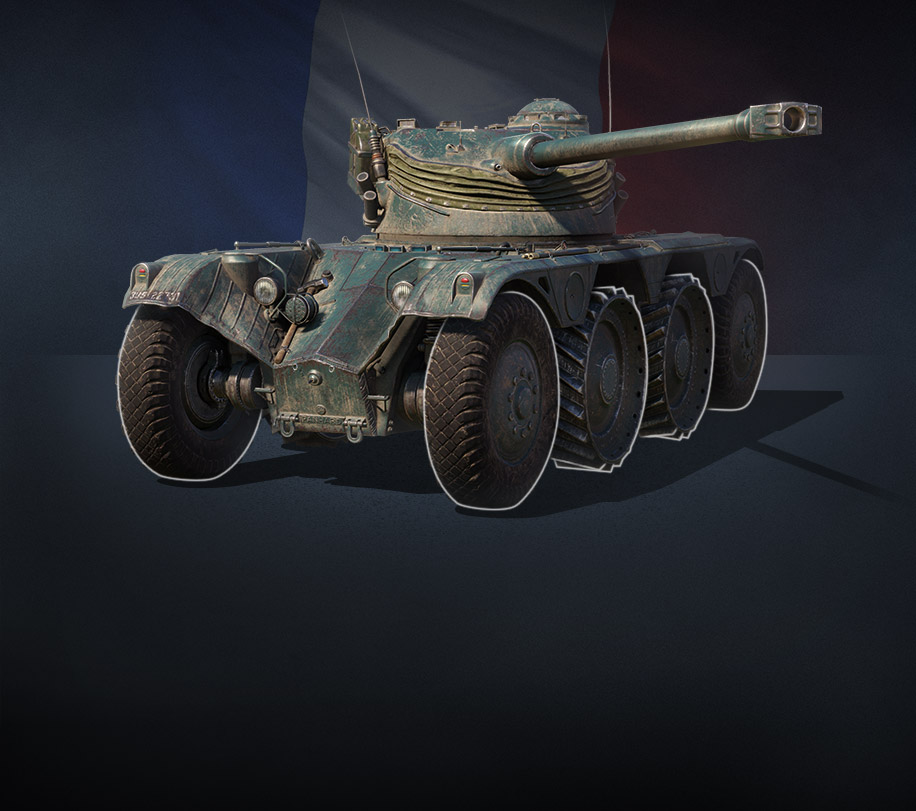 Important: The technical characteristics have been introduced for the new Tier VIII vehicle, they are pre-balanced to check the viability of the new mechanics and will be changed in future.

Wheeled vehicles will also have a distinct advantage over their tracked counterparts, an increased resistance to immobility as they have individual tires. This means that commanders of these vehicles are pretty hard to immobilize (you will need to damage more than half of the tires), more likely to just be slowed down a bit when a tire pops.

Compared to light tanks directly, these have some strengths but also some drawbacks. The job of the wheeled vehicles is to actively spot, which results in a worse view range over the battlefield compared to the lightly armoured tanks.

But their job is to be close to the action to fulfill their job in active scouting. This gameplay role takes advantage of their high speed, manoeuvrability, and low silhouette. But they also can be used as a distraction and annoyance to the enemy team, dealing some damage when faced at close range with slow targets with little armour on their own. Think of them as a mosquito: quick, nimble, aggravating but can be taken out with one precise hit.

The wheeled vehicles also have a special lock-on feature. This allows players to automatically aim at enemy vehicles just by simply clicking close to the target.

Finally, each tank will have a charge that will allow a head-start when activated to help you dodge enemy fire when you’re in a tight spot.

It’s important to note that this is the first stage of a rigorous testing process. This test is focused on the gameplay concept, therefore characteristics are not final. We want to make sure that these vehicles can serve their purpose on the battlefield in the current game environment. Only after this will we start to tune and balance the tech tree. All these details will come late in a separate article detailing the tech tree.

Stay tuned for more in-depth looks at these vehicles and the entire branch that is coming soon.