Last time, we had a closer look at the top Czechoslovakian Wolfdog: the Škoda TVP T 50/51. Today, we're going to focus on an interesting project, which had the ultimate improvement of the already aged T-34 design as its aim.

The project started in 1953, when the Military Technical Institute received the task to mount a 100 mm vz. 44 S gun into the T-34/85 turret, which was required to be changed as little as possible. For various reasons, the project was not accepted into service and all attempts to raise the battle value of the T-34 design were dropped in favour of licenced production of the T-54.

Now let's have a look at how this design is going to prove itself in World of Tanks!

The guns tend to be the main selling points of Czechoslovakian tanks and it is no different with the T-34/100! Almost none of the gun parameters taken separately are actually the best of their Tier, but put them together and you get a really neat gun that you will quickly fall in love with! The 250 alpha damage of this bear-poker occupies joint-second place among the Tier VII medium tanks. The Czechoslovak is on par with the Chinese T-34-1, with which it also shares the same average armour penetration (175 mm).

While there certainly are more precise and faster aiming medium tanks, none of the other competitors combines high alpha damage and penetration with a solid dispersion (0.38) and a swift 2.4 seconds aiming time.

The premium shells have the best penetration amongst medium tanks for their Tier, being capable of penetrating up to 250 mm of armour... on Tier VII!

It's not all sunshine and rainbows though. Some of your well thought out actions might get spoiled by the rather disappointing depression of the gun as it can go down only by 5°. 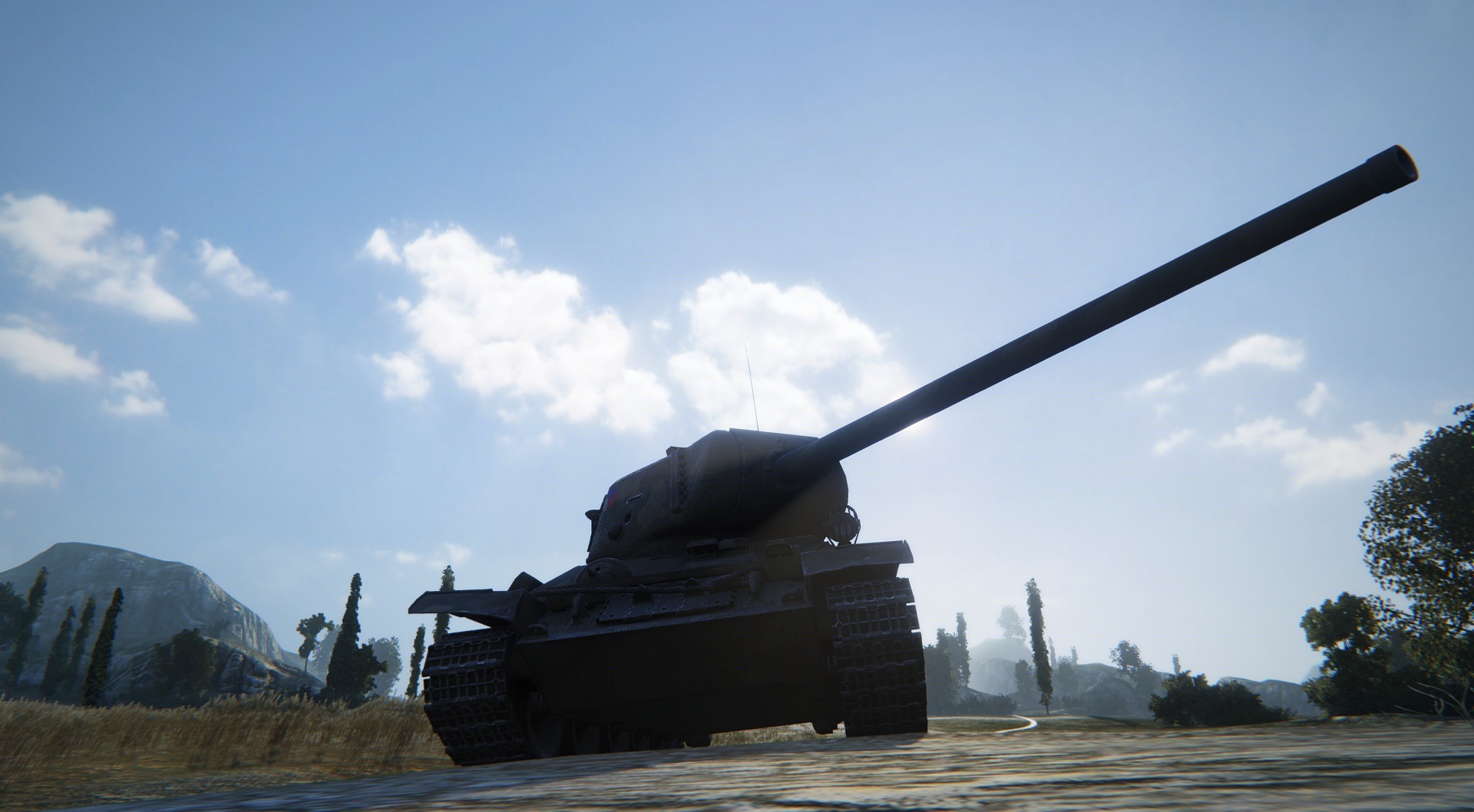 Let's not beat around the bush. This tank has neither excellent mobility, nor armour. The chassis is pretty much the same as the original T-34 sitting at Tier V and the turret has the same protection as the T-34-85 at Tier VI. And it's the same story with mobility as the T-34/100 engine has only 520 hp.

So the armour thickness is irrelevant and the mobility is quite mediocre for a medium vehicle. But don't get fooled by that! Because considering what you are hauling around in your turret, it's definitely worth it!

So how does all this translate into the gameplay? It's actually a lot of fun for all those who like to be sneaky. There is nothing better than to poke the bear with a huge smirk on your face! You have two basic options: either you stay far away or you stay in a pack. Your contribution will be great both if you play as part of a pack of medium tanks as well as if you choose to join the heavy cavalry.

Don't try to start any offensive operations on your own though, as you don't really have the stubbornness needed for such an endeavour. Instead, hide among others and try to stay invisible. Hit enemies who are engaged in a fight with your allies and watch how their health drops fast.

It works the same for lone wolfs. Even though the gun is not exactly for snipers, it can still serve you well from a bush far away, so don't be afraid to take advantage of your allies spotting the enemies. The great advantage you have over your opponents is that you are driving the second best spotter amongst its Tier and kind, so you can even spot some of your targets yourself. You can bet that your enemies will not be happy when a bush is hitting them for 250 points at a time! 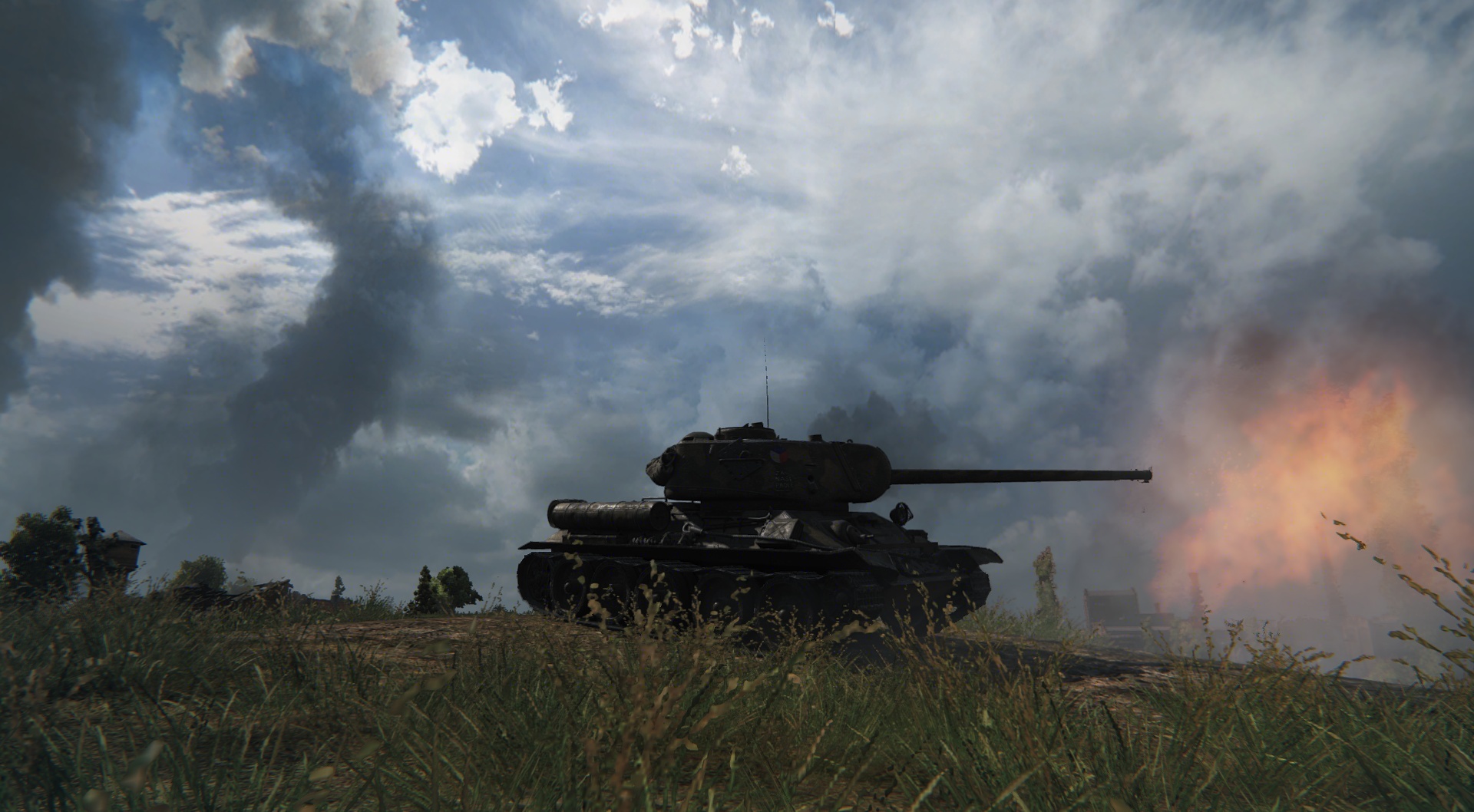 Please note that this tank is still undergoing testing. Therefore, depending on the test outcome, the tank may be altered or even removed completely upon the official patch release.

Poke the bear, because you can!