As many of you have noticed, we introduced one new premium tank in version 8.0. There is a good chance you’ve already met the Matilda Black Prince, the first British tank to be introduced to World of Tanks.

The 8.1 update brought more British tanks to the game.  However, it also brought three new premium vehicles into the game, ones that might get slightly lost under the shadow of the mighty Brits. In this article we take a closer look at them.

The new premium vehicles are two German medium tanks (the PzKpfw IV Schmalturm at tier VI and Panther-M10 at tier VII) and one Soviet tank destroyer, the SU-122-44 which will also be a tier VII vehicle.

The first vehicle we should elaborate on is the first tank, the Matilda Black Prince (MBP). This is a tier V medium tank and as said a moment before, it was the first British tank to be implemented into World of Tanks. Historically this vehicle only had one prototype ever manufactured and it never entered mass production due to problems with the turret mount. In the game, the MBP is a relatively strange sight compared to other nations’ vehicles.

It can be somewhat compared to the American tier V premium tank, the RAM-II, but it is not exactly the same. The Matilda Black Prince has a few features that make it an extremely interesting vehicle to put into your collection, but like all premium tanks, it is not without disadvantages. The best way of describing the vehicle is a series of negative and positive points.

Now we will look at three newest vehicles. 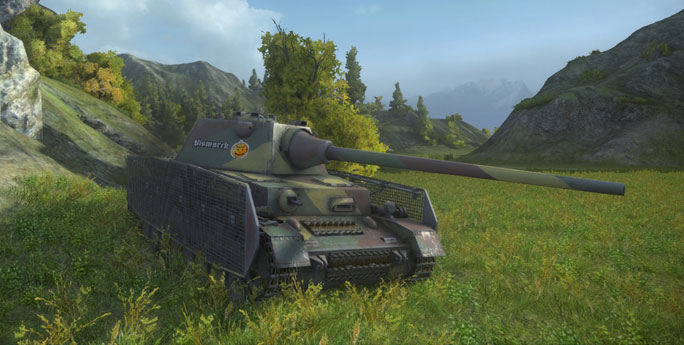 This vehicle is not the same old PzKpfw IV, it has had some significant changes applied to it. Firstly, the Schmalturm will have more hitpoints than the tier V version of it. Secondly, it will have huge side-skirts that will help to protect the vehicle against HE shells. It will be the good old tank all Germans World of Tanks commanders loved, just better! Now, let’s take a look at the most important pluses and minuses:

The second German premium tank will be the Panther-M10 which is a really bizarre machine at first glance. Everyone will notice that the colour of this tank is not typically German, making it look more like the American tanks. The reason for this is that historically this vehicle was designed to look similar to the M10, making it harder for the Allies to recognise the threat and hence causing confusion behind enemy lines.

The vehicle can easily be compared to the Panther tank. The gun of the Panther-M10 is almost the same as the stock gun of the Panther tier VII medium tank available in the German tech tree. The speed limit is just slightly lower for the M10, while the engine power is almost as good as the top engine of the Panther, making it very efficient in travelling from one flank to the other.

As a short summary, here is a list of all pluses and minuses:

The last of the premium vehicles added to the game with the 8.1 update was the SU-122-44 tank destroyer. This vehicle is a Soviet tier VII machine and can be easily compared with other vehicles of the same class and tier. It has got a few traits that make it really special, such as the 42 deg/sec traverse speed, which is almost twice the traverse speed of the SU-152 and also significantly more than the SU-100M1! 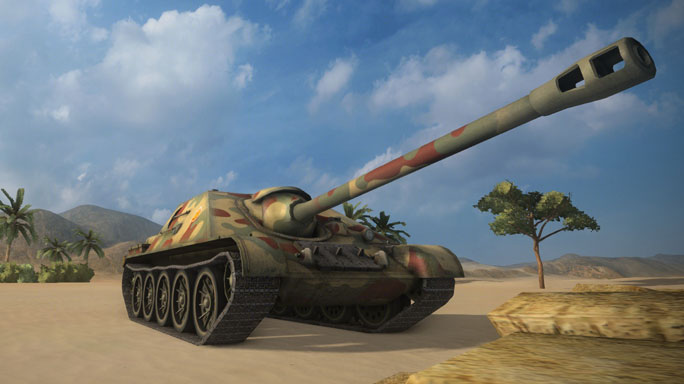 The gun of the SU-122-44 is basically the same as the top gun of the SU-152, dealing the same amount of damage, same penetration, etc. This tank destroyer is also lighter than the SU-152, weighing only 33 tons, which is a similar weight to the SU-100M1. The armour on this vehicle is similar to its two Soviet brothers.

These are all of the new arrivals to the in game store. We hope that you liked these short reviews and that soon you will sit behind the wheel of these monsters.