Throughout this year’s Football Mode, we have a special collection of football-themed cards in-game that can be earned and acquired in a variety of ways. Much like the football cards and stickers (and other collectibles) that were once part of our childhood, traded and swapped in the school playground, we’ve beefed them up to feature some of your favorite tanks.

Build your outfield 10 and earn some great goodies!

Some of you may be familiar with such a concept, but we will go through all of it just in case! With the cards you collect, these “players” will be placed on your own field in a tactical formation. Your 10 players will then have an overall rating, which will allow you different levels of rewards.

Football Cards and the Pitch

There are a total of 30 different cards in the game with various strengths; 12 defenders, 12 midfielders, and 6 strikers. There will be 10 cards of each Tier: Tier I tanks will be worth 3 points, Tier II—6 points, and Tier III—10 points. Once you collect your cards, they will automatically be placed in the corresponding slot. Each team will be made up of a four-four-two (4 defenders, 4 midfielders and 2 strikers) formation.

By upgrading your squad, your team can achieve various ratings and the rewards are based on this:

As your team gets progressively better, of course, so do the prizes.

How the Pitch Works

When placing Cards in the team, they will be put in sequence. This means that to get a Tier II variant of a Card playing for you, you must already have bagged the Tier I version and the same for Tier III, requiring a Tier II variant.

But don’t worry: your team will be automatically made up of the highest tiered Cards you have, which means you won’t have to tinker with your team and ruin their tactical flow.

How to Collect Cards

With the event’s introduction, there are daily missions that will reward you with a set amount of cards to add to your collection.

It is not possible to have duplicates of the same Card. In the case of duplicate Cards, you will receive 30,000 Credits instead.

If you’re looking for a boost to your collection or are on the search for a specific position’s cards, you can find a selection of Premium Shop packages to fit your needs.

By playing through the mode and collecting cards, you will be rewarded duly.

By reaching a team rating of 30, you will earn: 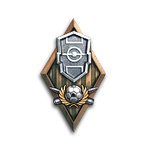 By reaching a team rating of 60, you will earn: 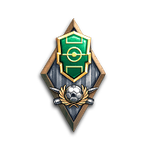 By reaching a team rating of 100, you will earn: 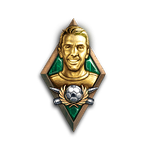 For completing the entire collection, you will receive the ultimate prize: the Italian icon Gianluigi “Gigi” Buffon ready to take command with a unique voiceover and the Brothers in Arms and Sixth Sense perks!

So get prepared to fill your boots with collectible cards this summer! Just make sure you have a little time to tear yourself away from football, both virtual and real.