Are you interested in taking a peek at what the future holds for World of Tanks? Our developers are working tirelessly to bring new, interesting content to the game, and sometimes they let us share a glimpse of it with you. One of the newest additions to the game that is currently in development is the concept of National Advantages. Interested? Here’s how it will work:

At the beginning of a battle, National Advantages will have a certain probability that it will be activated and can’t be triggered by a player at will. The chance of the advantage being activated will increase with the number of vehicles in the team that correspond to game nation of the player whose crew all have the National Advantage perk fully trained. Where the National Advantage roll for a nation is successful and a vehicle of that nation does not have a crew fully trained with the perk, that vehicle will not be affected by the perk’s benefits.

Here’s an overview of each nation’s National Advantage: 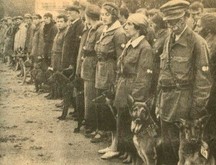 The Soviets are known to have experimented with canines and other domesticated animals to turn them into mine carriers. The idea was to teach the animals to run under enemy tanks with Anti-Tank mines strapped to their backs, drop the mines and then return to their handlers. The Soviet National Advantage will try to emulate this.

Just like the animals’ behaviour was unpredictable in the real-life tests, so it will be on the battlefields. There is a chance that the dogs will carry the mines directly to the enemy’s starting position, but never rule out the possibility that a mine could be found under your own tank as well!If the National Advantage roll is successful, several mines will be carried by dogs to random places on the battlefield. These mines will be invisible to both teams. If any vehicle drives onto a mine, it will trigger an explosion that will deal damage to that vehicle and have a chance of damaging the suspension. Once the mine is triggered, it will be considered as used up and any other vehicle may then safely travel over the same spot. 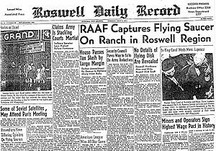 We have all heard stories about alien visits from beyond our solar system and reports of alien aircraft crashing on American soil (the Roswell incident being the most prominent one). Needless to say, all those space wrecks provide the opportunity to salvage and reverse-engineer all that advanced extraterrestrial technology!

If the National Advantage roll is successful, all applicable American vehicles on the team will be given a special coefficient to their armour effectiveness, stemming from alien composite materials that reinforce the plating. As a result, every American vehicle on your team that has this perk activated will have a chance of deflecting any shell that hits it back at the tank that fired it! 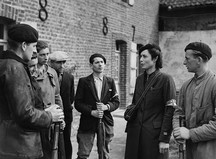 The French are famous for their covert efforts aimed at sabotaging the enemy during the time of the country’s occupation. This is something we want to emulate in World of Tanks as well! If the National Advantage roll for the French is successful, the underground resistance will sabotage all vehicles on the enemy team. The sabotage will result in the enemy team starting the battle with a disadvantage. This may include damaged modules, missing consumables, switched primary ammunition or depleted stocks of ammunition. However, the resistance is not capable of completely destroying the modules, taking all of a tank’s ammunition or stealing all consumables.

There will also be a small chance of the sabotage being discovered and stopped by the enemy team. If that happens, the crew of a random player on your team who is driving a French vehicle will be incarcerated for the course of the battle and will not participate in the said battle as a result. The vehicle will remain on the battlefield until the end of the match, behaving like a normal vehicle that has all of its crew members knocked out. 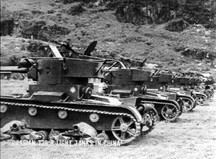 The Chinese are renowned worldwide for being the producer of all sorts of goods in very large quantities. As a result, if the National Advantage roll is successful, all applicable Chinese vehicles on your team will have the chance to be immediately replaced by a new tank of the same type on the spot in the event that they are destroyed. The vehicle that replaces the destroyed one thanks to this advantage will be able to continue fighting until the match is over or it is destroyed.

This replacement will not cost the player any credits. It is important to remind you that something produced in a hurry on a mass scale reflects badly on the quality of the product. As a result, the replacement vehicle will have all of its parameters weakened by 30% for the duration of the battle. After the battle is over, the player’s regular vehicle will be the one available in the garage.

Bushido is the set of rules and obligations that every Samurai had to follow. During the war, the Japanese military also drew extensively on this code to make their soldiers braver in battle. Soon the doctrine will be also available in the game as a National Advantage!

If the roll is successful, all applicable Japanese vehicles on the team will have a special coefficient added to their combat effectiveness, as a result of the rigorous training and fighting spirit of Bushido.

This coefficient will only activate for the vehicles once their HP pool drops to below 30% and it will improve the accuracy, reload time and aiming time by 100%. Also, if you manage to score the Kamikaze medal in the battle in which the National Advantage is active, your vehicle will be repaired and restocked completely for free after the battle (but only if your vehicle was destroyed in the course of that battle)!

Having fought on numerous battlefields across the globe throughout history, the British have developed an impressive tactical sense. This means they are better able to operate effectively on any terrain.  If the roll for the British is successful, all applicable British vehicles in the team will experience a 50% boost in mobility, acceleration, speed and view range. However, the effect will disappear in the 5th minute of the battle and every affected British vehicle on the team will be immobilized for 60 seconds. The vehicles will regain their mobility in the 6th minute.

Germany’s National Advantage will be the Wunderwaffe – a wonder-weapon that will provide great assistance to the team on the battlefield! If the roll for the Germans is successful, one random player on the team driving an applicable German vehicle will be given control of the super-heavy SPG: Landkreuzer P. 1500 "Monster". The selected player’s vehicle will be automatically replaced by the “Monster” and the player will be able to control the SPG until the end of the battle or the SPG’s destruction.

This piece of artillery can shoot 7 times a minute with an average damage of 1500 points per shot and a splash radius of 15m. It is very well armoured and sports a very generous HP pool. The catch is that it is also huge and very easy to spot, meaning there will be a good chance of the vehicle being discovered by the enemy really early in the match. When that happens, the enemy will have relatively little trouble getting a clear shot at it, regardless of their position on the map.

Please bear in mind that the National Advantage is a concept that is still under development and as such it is subject to change at any time.