Are you interested in fun contests from the community team, and helpful articles from your fellow players?

Are you curious about the latest events and cool artwork created? Then this article might be just the right place to look! We’ve put together a list of popular resources for the community, so here is our top content-driven info that we feel could be interesting to you!

As some of you know, a few times a week we organise different contests where you can win in-game gold and bonus codes.

Make sure you do not miss any of them by simply following us on Twitter or Facebook. Like our Facebook page, and make sure you select the appropriate language (English (UK)). You can do this in the Profile settings.

This month Michael “Geo” Lambert, the event manager for Miltiplay.co.uk, did a 48 hour charity Livestream playing World of Tanks. Michael was gathering donations for Special Effect, a charity dedicated to helping people who have disabilities to play and enjoy games.

For anyone who wishes to donate to this event, Michael's direct donation page can be found here.

YouTuber of the month

Darqueling is well-known within the WoT community.

He puts together great tutorials for World of Tanks, and some interesting patch reviews.  You can subscribe to his YouTube channel here. Enjoy!

As you all may know, this month is our second anniversary. We asked players to create an anniversary desktop calendar Wallpaper for April for the occasion. There were two categories: hand drawn and computer rendered pictures. The response we received from the Community surprised us as we received loads of fantastic entries! Below you can see the winning submissions from Cataphract, jeremsoft, Xandier59, Thekinghungary, BLLDESIGN and Texas07. Congrats!

Click on the thumbnails to see the full image

This competition is all about staying alive! We choose 15 random players from the channel list to join us in a training room on specific maps. The players who survive won the bonus codes. Simple yet very entertaining! Check our forum for more updates regarding this competition.

In this contest we’d like to see the best screenshot you can capture of either your tank being destroyed or your spectacular kill shot on an enemy tank. The theme changes each week, and last week it was “Fight Club”. Here are the rewarded screenshots captured by Kazikos, Depape and _Atomsk.

The Caption Contest is one of our favourites and the rules are very simple.

To participate in this contest, players need to come up with a caption which would fit to the photo. Below you can see our last weeks picture and three rewarded captions wrote by sprdacina, Shabster and dragansep. 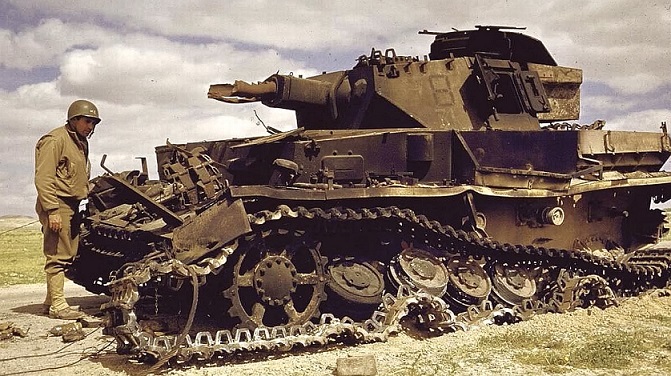 This forum section was created over a year ago but you can already see many interesting pictures, images and banners posted by the community. Some of which are shown below.

If you have any interetsing artwork, projects, comics or videos to share, feel free to post it in this forum thread. We’re waiting for more! 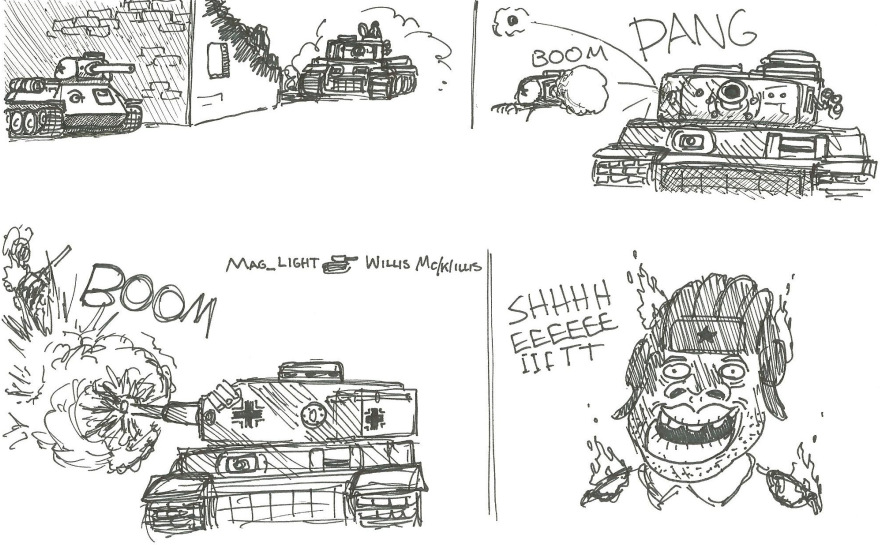 Tank models made and posted by MajorDSaster2000

Player of the Month: punishersal

Punishersal surprised us greatly with his interesting project dedicated to the Object 692. As you may know this heavy tank was developed at the end of 1959. Unfortunately the project itself was abandoned as Russians stopped operating with heavy fighting vehicles of that type. Punishersal however, managed to bring it back to life with the use of his 3D skills. The results of his work can be seen here.

And now, let’s see what other community teams have done during these last two months. Here are the most popular contests:

Wrath of the Tiger! This contest was run by the Spanish and German community teams, who decided to face each other and fight for victory. The battlefield was covered with Tiger tanks driven by both teams who fought until the bitter end. After the first round, the Germans took the lead by winning all three rounds. Even though the Spanish community fought bravely, the German team’s strategy and tactics steered their triumph.

Advertise your favourite tank! As some of you may know, last month there was a community meet-up in Warsaw for Polish players. During the gathering, the players could see their favourite in-game vehicles and learn more about a tank commander’s job. But that’s not all! Before the meet-up the Polish team organised a contest where players were asked to create a tank advert made with screenshots. Have a look at their brilliant work!

In April the CZ/SK community held a gathering in Ořechov Army Park near Brno. In addition to the exhibition of post-war Czechoslovak army equipment and a number of armoured vehicles including the T-34, there was an air gun shooting range and other competitions. This was an amazing opportunity to meet fellow gamers in person and discuss the game.

Bastogne Barracks! On the 30th March, the French-speaking community was kindly invited to visit this amazing place where old armoured vehicles from the Royal Army of Belgium are currently being restored. Check out the forum thread for more pictures!

Yes, we all know that the Turkish community loves a good challenge! This time, players were asked to make a short video. The scenes in the video had to be from the game and the length of it was capped at 3 minutes. As usual, we received many colourful movies. Thanks for participating!

Tune in next time for another Community Spotlight, Commanders!