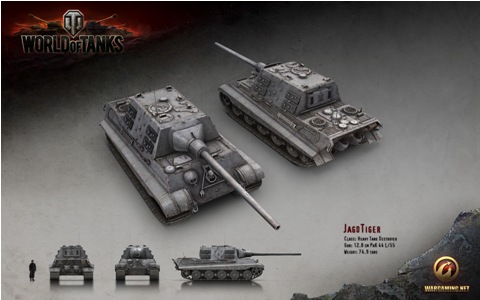 The collection of tanks described on the World of Tanks website is now supplemented with the history and renders of Panzerjäger Tiger, also known as JagdTiger.

This vehicle was a German tank destroyer in the final days of WWII, it had proven itself as one of the most powerful vehicles, as it was so powerful that it could knock out any vehicle with a single shot.

A thorough description of JagdTiger's historical part is given in the new blog article:"According to the German departmental designations system for military equipment JagdTiger had its own index – Sd.Kfz.186. This tank destroyer was developed in 1942-1944 on the chassis of a heavy tank Tiger II and has become the heaviest large-scale production model of military vehicles of all time."