For the 13th time, one of the largest events, NATO Days, took place at Ostrava’s Leos Janacek Airport on 21st September. The event lasted for two entire days from 08:30 CEST until 17:00 CEST. During those two days, visitors were able to enjoy a huge variety of types of warfare. Apart from all sorts of different planes and helicopters, people were also able to enjoy live shows and obviously the Wargaming booth!

The Wargaming booth was placed at the centre of the entire event and all players were able to recognise it not only by its fancy design but also by the huge queue of players waiting for their turn to play their favourite game – and maybe to win some exciting prizes. Our community team representing us in this event contained partly Czech community members such as Tuccy and Dargnon, but not only them. You could bump into our Polish community coordinator 1nter, who was devoting all his energy to the Polish players. Apart from the community team, the military specialist Richard “The_Challenger” Cutland was there to answer all of your questions. 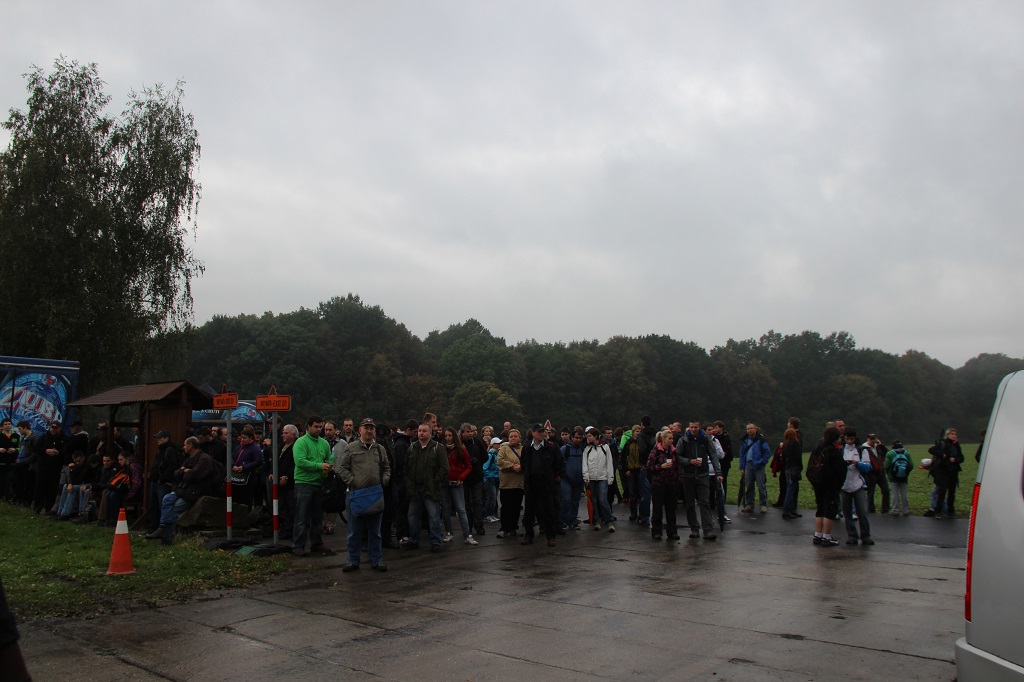 The event was planned to start at 08:30 CEST, but a crowd of visitors was waiting there for quite a while before that. After the gates opened, the first fans of our games came to see us. Community didn’t want to leave them unoccupied and so had prepared some cool contests. The missions were: destroy at least three enemies in World of Warplanes or manage to get damage of at least 3.000 points, or get 5 kills in World of Tanks! For some players it was an easy task and they got to get a Wargaming T-shirt, a fancy small Wargaming bag and dog tag.  None of the players that queued up and played one of our titles left our stand empty-handed. They all received our exclusive bonus and invite code. Apart from the events in the main booth, you could also participate in contests happening at the small stand just next to our main booth.

Apart from fantastic events happening in the Wargaming booth, all visitors were ab;e to enjoy the spectacular show put on by the Turkish Stars acrobatic team. All visitors certainly appreciated the commentary from one member of Turkish Stars, as he was commenting in both Czech and English so everyone could understand.

Another highlight of this event was definitely the opening of the show itself. At the beginning of each day, the Czech army showed us a traditional performance of several vehicles, including the DANA, BVP-2 and T-72M4 CZ, which is and upgraded version of the Soviet tank T-72. We also can’t forget the unique presence of the giant freighter,

This 13th season of NATO Days was truly unique not only because of the warfare and live shows on offer, but also because the Wargaming booth was there for the very first time. We hope to see you there next year!

See you at the next NATO Days!