This year’s seen us fix the game’s core, resolving long-standing issues with the matchmaker, arty, and light tanks, and revising vehicles to establish unique gameplay narratives for classes within each nation. We’re finished with fundamental changes to the first three, but there are a few improvements waiting to be made (the most crucial of them being Premium vehicle and Tier VIII matchmaking). Vehicle rebalancing is a much longer journey, but we’re steadily moving forward with your help and feel ready take on the next mission: enhancing World of Tanks’ visuals and gameplay.

Our focus for 2018 is delivering greater visual and sound fidelity, enriching the game with new vehicles and new ways to experience tank combat, as well as new fun-fueled events. We just dropped some juicy details on the game’s future at WG Fest 2017, and wanted to share them with everyone who couldn’t pop over to Moscow for an intimate gathering of a few hundred thousand fellow tankers.

One of the biggest newsbeats at this year’s WG Fest was the announcement of Update 1.0, which is less than three months away! Slated to hit production servers in March, it reimagines the game with a new graphics engine and over 25 ultra-realistic maps.

This impressive revamp has been over four years in the making. It all began from our desire to bring the game’s visuals to modern standards, and was continuously fueled by three things: your feedback, technological progress, and performance optimization. We wanted to give the game a modern look, while also ensuring you can enjoy it on your rig. Simply tweaking the original engine to improve the game’s looks just wouldn’t cut it: technology evolved rapidly, and the BigWorld client engine simply couldn’t keep up.

Much like we all do in a battle, we needed to plan a few steps ahead. In our case, it called for a solution that would support the latest technological advancements while having enough capacity to let us advance graphics in tandem with it. Also, we needed a technology tailored to World of Tanks. Hardly any graphics engine (both now and then) would fit these three requirements. So we brought client development in-house, created something specifically for World of Tanks, and named it for what it was: CORE, as it’s literally at the core of everything you see in game.

What might look simple on paper definitely wasn’t that way in real life. It took our team three years to make it happen. Another year (and a crew of several hundred people) was needed to overhaul the game’s maps, recreating all in-game content from the ground-up using the latest technology for graphical content processing and rendering.

Terrain textures, a water rendering system, skyboxes, a lighting system, shadows—we went over every single map element, redesigning them to add greater depth, beauty and realism to battlefields. Each map now has a distinguished flare and provides even deeper immersion thanks to a variety of new and improved technologies and effects.

We injected maps with extra detail, while also trying to keep gameplay-defining elements where they were for most maps. It’s a tough balancing act, but we believe that a few rounds of testing with you will get us there. At the same time, we used this opportunity to fix gameplay issues you reported to us over the years about Fisherman’s Bay, Ruinberg, Pilsen, Erlenberg, Steppes, and Kharkov. For example, Fisherman’s Bay is getting a more balanced frontline. It will offer both teams equal chances at pushing key directions. The middle area on Erlenberg is getting a solid makeover: it’s much easier to read now, with visible lowland, denser forests, and fewer environments that have little tactical value.

The enhancements didn’t end with visuals. We teamed up with over 40 composers and musicians from all around the world and recorded over 15 TB or rough audio data to improve your immersion in battle with authentic sound.

Starting with Update 1.0, music will resonate with the map setting, creating a unique atmosphere for each battlefield. Kazakh musicians will play traditional musical instruments as you roll over Lost City. Arabic composers will bring their musical aesthetic to Sand River, Airfield, and El Halluf. Gregorian chants will echo on Mountain Pass.

You can sense map’s unique “character” well before the action begins with unique loading screen themes. Then, the sound will change depending on what’s happening to your team in-game.

So, what stopped us from adding new maps and sound the minute they were ready? A few things. First of all, graphical advances naturally up the pressure on your rig, which wasn’t in our plans. We put in extra work to optimize stability and framerates on mid-range and older PCs, reduce the memory load even further and give you the headroom to enable extra effects.

Besides, it was technically impossible to add redesigned maps in batches, we had to switch to the new engine for it, and it doesn’t support old graphics. Now imagine having several maps in rotation and playing them over and over. You’d get sick of them quite soon, regardless how sleek they look.

However, that’s all in the past. With several optimization iterations, a few internal tests, and another round in Sandbox (thanks again for joining us there!), we’re nearing the finish line. We’re already 25 maps down, and almost ready to go! “Almost” stands for several more internal and open tests.

Our mission to fine-tune maps and the sound system shouldn’t prevent you from exploring the reimagined game—not to mention how excited we are to let you in and hear your thoughts! That’s why we created a special demo program, World of Tanks enCore. It gives you some early hands-on time with the enhanced visuals and music. There’s a prerecorded battle you can replay to look around the redesigned maps. While you take in the sights, World of Tanks enCore will test your game station and tell you how the overhauled game will perform on different configurations.

Head here to check if your system’s ready for the reimagined World of Tanks:

AN EARLY BRIEFING ON SETTINGS

If you’re playing on Normal settings, you might have to switch to Low or Minimal with the new graphics engine. It won’t affect the framerate or picture quality, though: they’ll stay the same or even improve.

Also, please note that custom configurations won’t transition to the new engine. So you’re likely to notice changes in the visuals and performance when playing for the first time. Take a few minutes to redo your custom settings, and things will return to normal.

Before this massive experience uplift, we’ll be treating you to a new line of Soviet heavies, while also revising the nation’s TDs and medium tanks.

Following your feedback from Supertests, the SU-100 line is getting reshaped into assault TDs. Mobile and bouncy, they’re destined for mid-to-close combat. It’s where they can angle to deflect shells and leverage maneuverability to perform quick assaults, dismantling enemies with high-DPM guns.

Although we’re still working out the final setup, you can expect several big comebacks and a major reshuffle at Tiers IX–X: 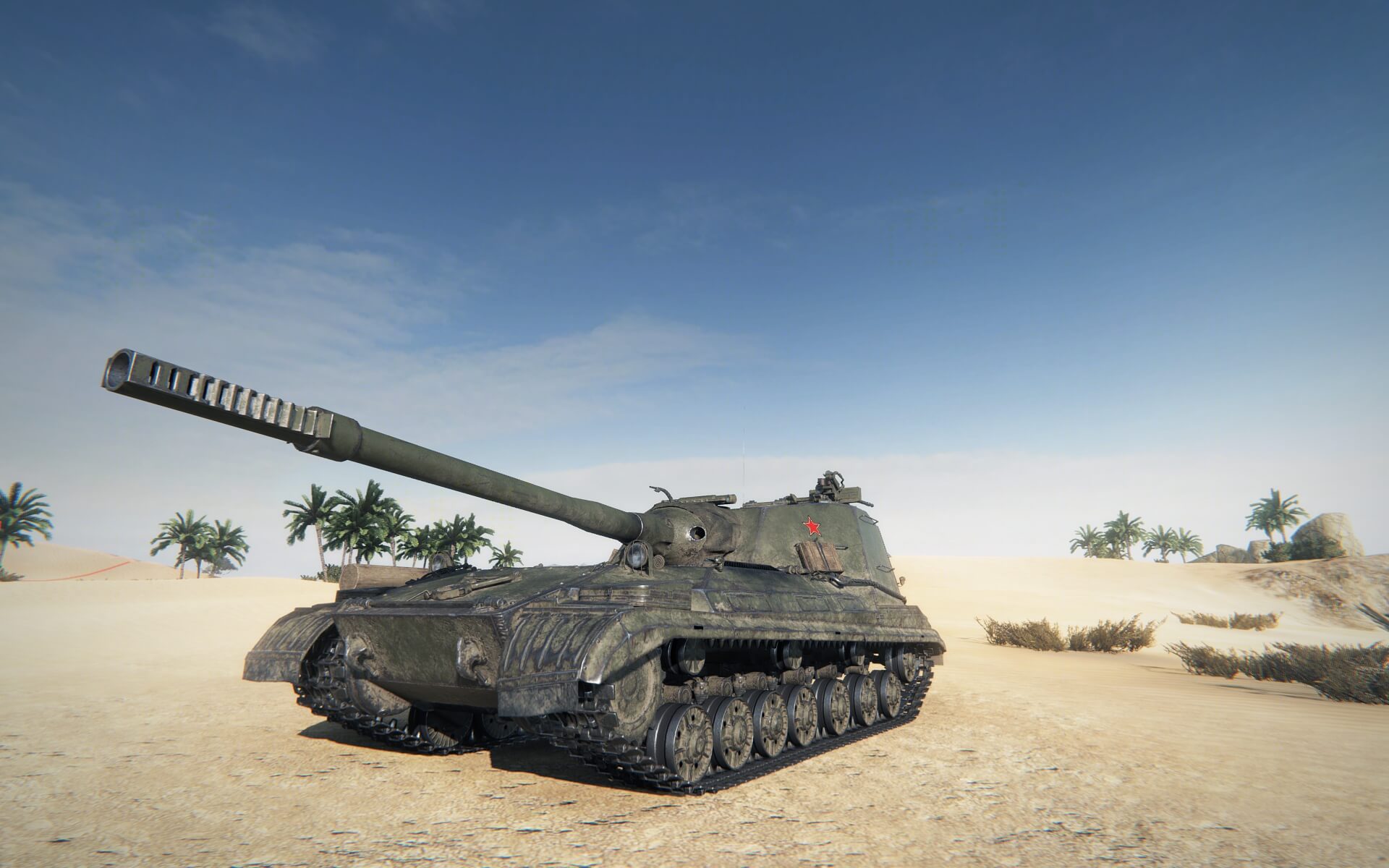 The upcoming revision will form three MT lines, each built around a certain gameplay style. 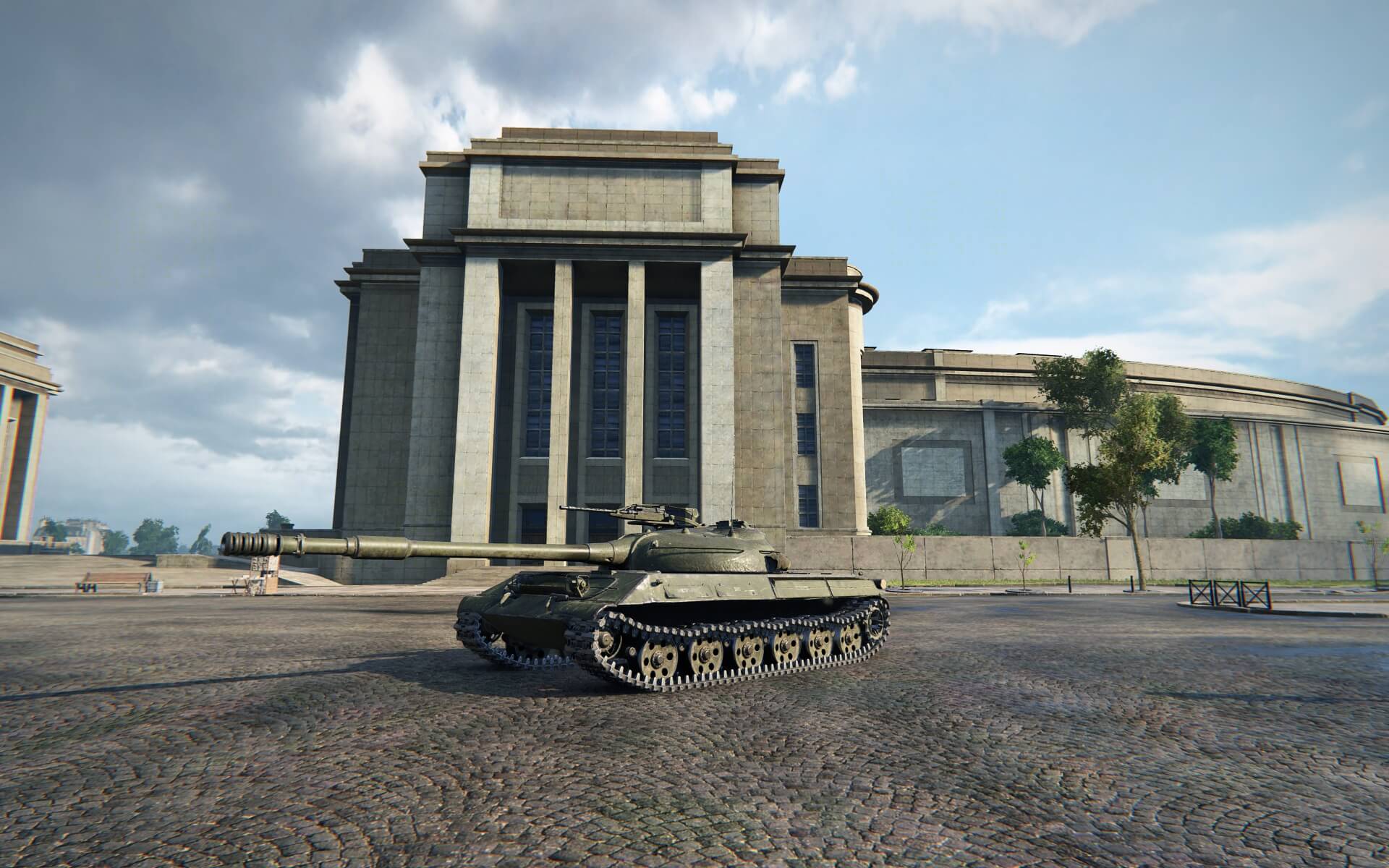 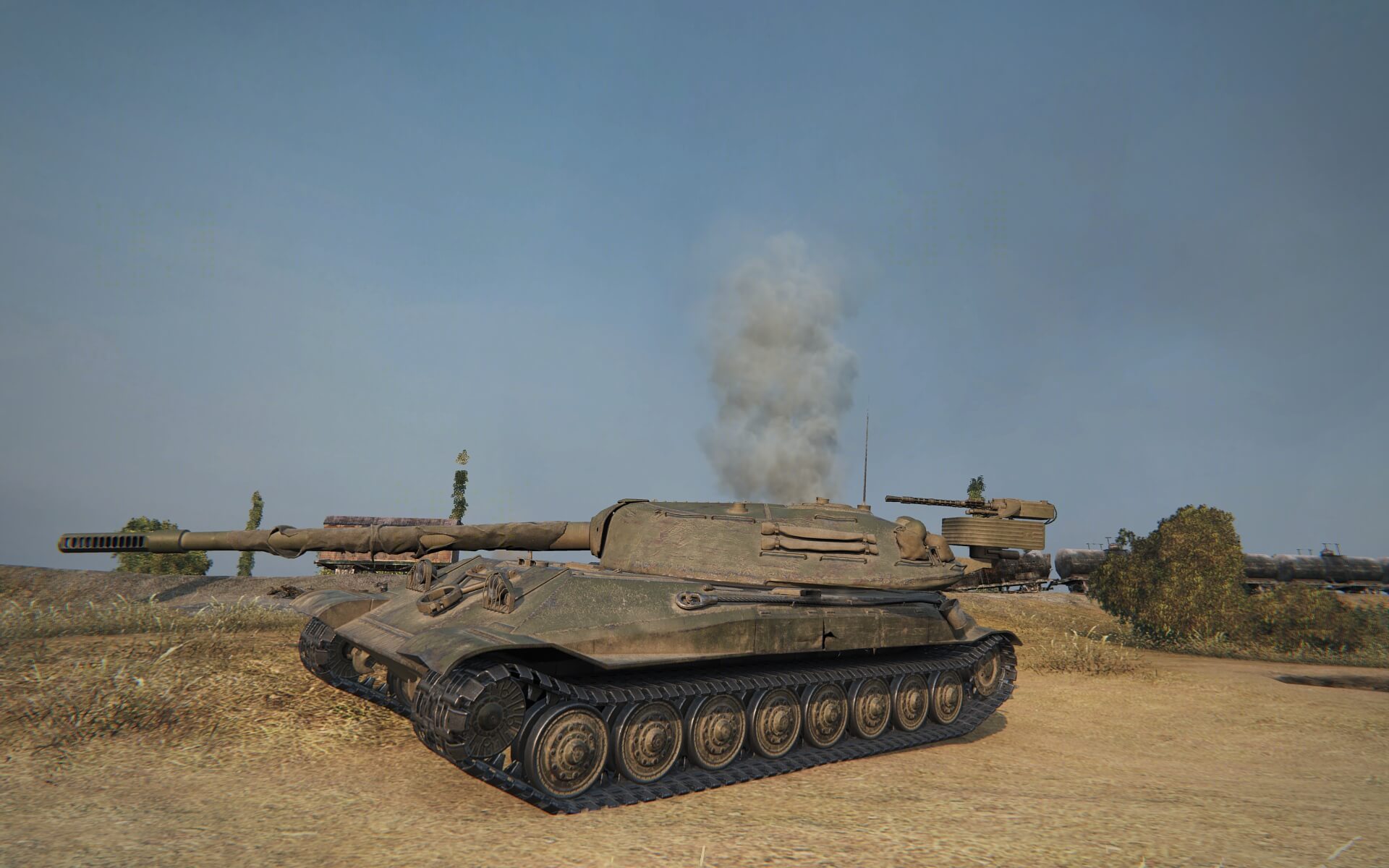 This is not a final setup, but rather iterative changes that will continue to be made based on your feedback from Supertests and Common Tests.

We’re also looking into Premium tanks with preferential matchmaking. They often fail to compete on par against their researchable peers that underwent significant improvements. Standalone tweaks won’t solve the problem. That’s why we’re working on a complex solution to revitalize them without disturbing the game balance. We’ll discuss it in more detail when we have something solid to show you. It will take us more than a few months, but we all agree that a problem like that should be addressed without rushing.

We showed you three new modes this year, but only one of them, Grand Battles, was released. Ranked Battles and Frontline will follow suit next year. And while it’s too soon to talk details about Frontline, we can brief you on the next Ranked Battles Season.

To ensure the launch Season promotes healthy competition, we’ll tweak some of the format’s key mechanics:

It’s been a year since we last treated you to a new nation, but we’re determined to fix it in 2018 by expanding the roster with Tech Trees from two European countries. There’ll be a time and place for a first reveal, but we left you a few clues in the 2018 preview video. Check it out and share your ideas on the forum.

We’re staying true to our promise to add more ways to get and spend Bonds. Right now, you receive them with every Epic Medal and Battle Hero achievements earned in Tier IV-X vehicles, in Tier X Random Battles and Grand Battles. Engaging in the ongoing campaign on the Global Map also lets you earn Bonds and exchange them for tanks. And we don’t plan to stop here—we’re considering making customization items and vehicles available with Bonds and plan to add even more ways to acquire this new currency in 2018.

Next Phase of Customization

Update 9.21 laid the groundwork for a more sophisticated customization system, and evolving it is high on our priority list for 2018. Here, we’ll focus on three things: adding new styles, bringing new mechanics to tiers VI–IX, and developing 3D customization items.

There is a salvo of activities on the way to crank up the tank action to the max next year! From atmospheric quests like Leviathan’s Invasion to marathons with a wider list of rewards, including Bonds, customization items, and of course tanks. We won’t pass on the chance to revive the football mode next summer, either. So get ready to polish those boots and throw on your kit!

Stay tuned for more details, and on behalf of the whole World of Tanks team, thank you so much for all of your time and feedback on the game!