Over the weekend from June 29th to July 1st, a large event featuring historical military vehicles was being held in Darłowo, Poland. Wargaming Europe sent a team to the 15th International Military Vehicle Rally to demonstrate our popular game, World of Tanks, in a superb military style tent-like booth.

Obviously, there were a lot of military vehicles and their owners from all across the Europe in attendance.  As well as tanks, they included motorcycles, trucks, jeeps and ordinance vehicles, as well as troop transports and even a ground to air missile launcher. It wasn’t long before out on the field the vehicles began to roll out at full speed.  Soon they were carrying riders over bumps and hills whilst the mud became an interesting quagmire of mud pools, with the occasional vehicle getting stuck and having to get towed out by other friendly participants. In the process, many participants and vehicles alike were getting natural camouflage patterns from mud spots.

Of particular note to us was a running T-34/85 that had been modeled after a tank named 'Rudy 102' in a famous Polish TV series, and a very well made Panther replica built on a T-55 chassis. 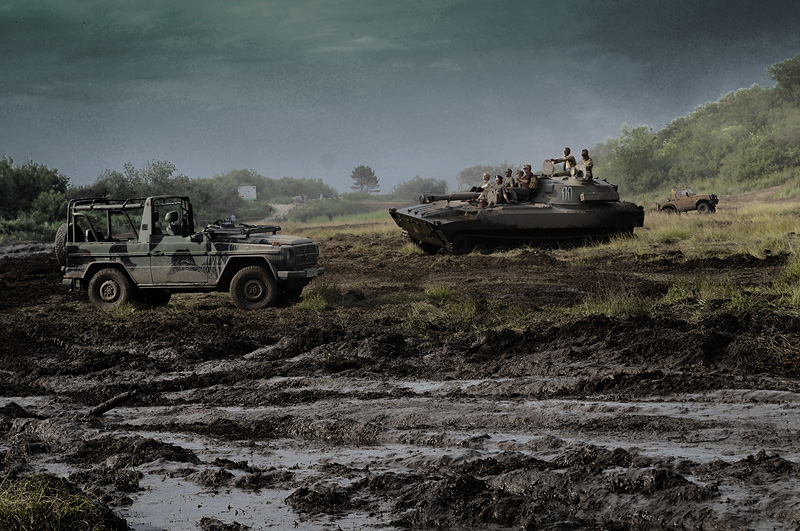 The field was surrounded by tents and booths offering food, drink, militaria and souvenirs. One of them was our very own Wargaming.net tent which soon became a centre of activity. Under the roof, a battery of 20 top-notch gaming computers had been set up so that the Wargaming staff could show off World of Tanks to both newcomers and veterans alike. While newcomers were free to try out the game, veteran players mostly looked forward to tournaments that had been prepared for all 3 days of the event, 15 tournaments in total. It is also worth mentioning that specifically for this purpose a wireless high-speed interent connection had been installed in an area that is not usually connected. This way, players were able to enjoy both high frame rate and fast connection literally out in the middle of the field. 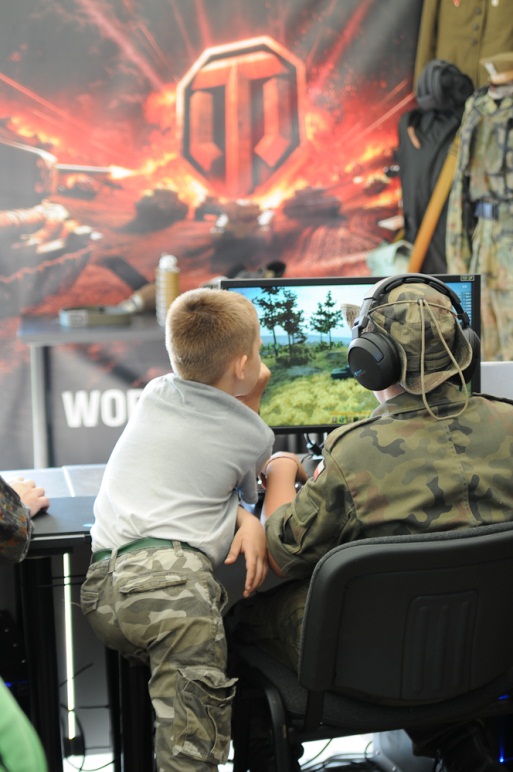 "Quick, shoot him now, he's behind that tree!  Ahhh, you were too slow!" 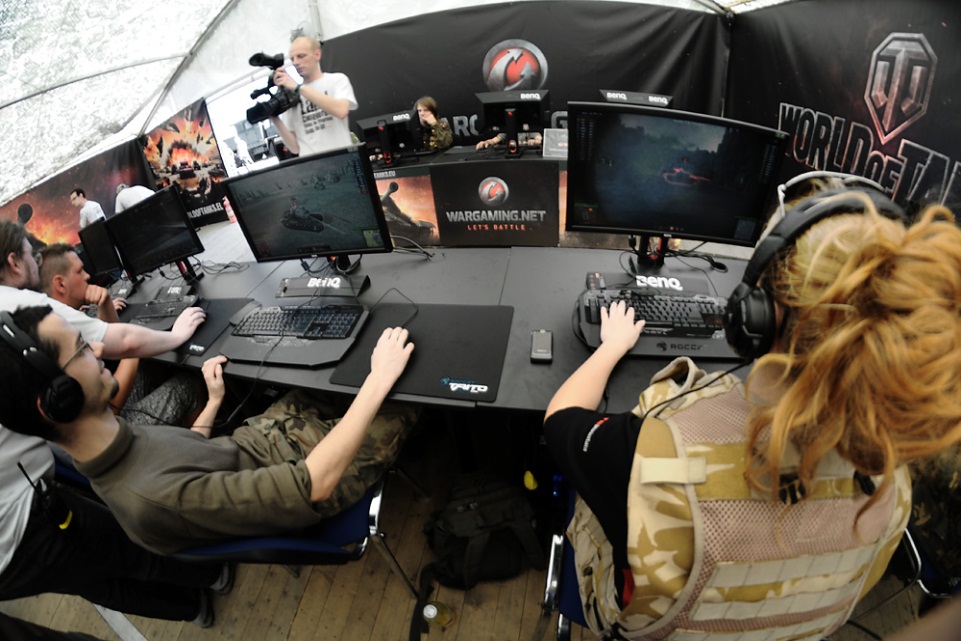 During these tournaments each round involved 16 players.  It was possible to win in-game gold, Wargaming T-shirts and calendars. It wasn’t unusual to see even new players trying their luck in the tournament and, sometimes, even getting into the top 4. We had players from all age ranges, and people queuing up to take their turn on the computers or to register for the next event.

In addition to the tournaments, a series of varied quizzes and minor competitions offered prizes in the form of bonus and invite codes, or the famous Grochowka (Green Pea Soup) traditionally eaten by Polish military armies.

Invite codes were also available for any new player who visited our tent.

Naturally, with so much military hardware on display, there were many things to do. Whilst the major focus of the rally was on the trucks and all-terrain vehicles, there were also plenty of World War II and post-war tracked vehicles to see. 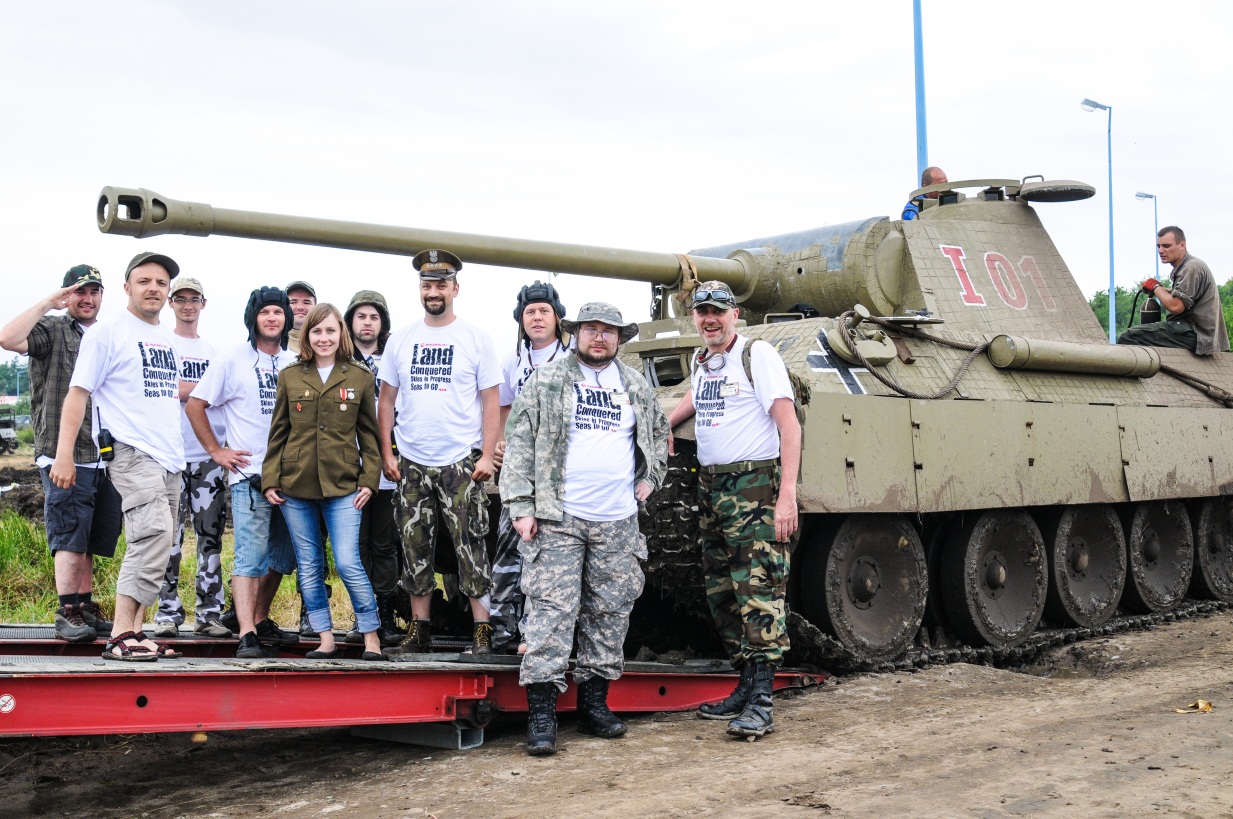 The World of Tanks team pose by the Panther Replica.

All in all, the event was blessed with awesome weather, more often seen later in the Polish summer, as well the opportunity to meet with so many World of Tanks players and helping them to have fun. Among our crew present, event attendees could meet Polish Community Manager Pawel Sowirzal, Community Coordinator Karol Wejchert, and a Customer Service Representative, Dorota Pniewska.

We wish to thank everyone who visited our tent and tried out the game or participated in the tournaments. We are sure that all our visitors had much fun!

You can see more pictures on our Facebook page.

Stay in touch to hear about more events taking place over the summer where you can meet us and other fans of the game!