Welcome to the Community Spotlight for August.

Are you interested in learning new things? Talking to fellow players about specific play styles ? Taking part in competitions and showing your best moments in game? Or just simply having a conversation about tanks and finding friends and meeting new people? Then come check out the word of tanks forums. We have had many things happening in the month of August for example:  Competitions, Discussion on current in game vehicles, tutorials in our in our Game Guides & Tutorials Section and also Q&A from the developers. If this doesn’t take your fancy then just drop in to say hello there are lots of things to discuss and do within the forums!

Listed below is just a quick brief of whats been happening through out the month of August!

During August we held a meme contest asking players to take popular memes and apply them to World of Tanks. Judging winners for this contest involved multiple members from the office and some have actually been printed off and stuck up beside our desks!

Thank you all for your great work

Streamer of the month:

Zeron is our livestreamer of the month for September!  He normally streams in the afternoon on various days of the week. You can find his usual schedule below.

This month saw the gamescom special which indeed was a special to behold. They only come once a year and when they do they are greatly anticipated this years held things like x5 for the first victory of the day, x3 experience for the tier X vehicles and 50 percent discount on tier 5 premium vehicles.  I would say it was a very exciting and anticipated special.

On the last weekend of July, we have met our players in the Museum at the Demarcation Line in Rokycany. Apart from the museum visit itself in hot weather the players tackled two difficult tasks - rolling a tank wheel and getting in and out of a T-34/85. As you can see, even Wargaming people were not afraid of getting their hands dirty - and we even saw a running Tiger mockup!

Tank Papercraft was the biggest and most original contest for this month. Indeed with a template in cardboard (to be downloaded), you had to build up your own tank with your hands using your own imagination and mostly your creativity. The result of this contest could prove that players have unrivalled artistic gifts when it comes to working on ... a tank.

Create your own tank. Sounds easy, but are you up to the challenge to design a tank?

Sometimes it takes a second to get an idea, another way could be sitting for 4 hours in the public office and managing to complete nothing. Inspired by the French bureaucracy, the Bureaucratic Contest with its twisted nature and multiple stages was a big hit among our players! 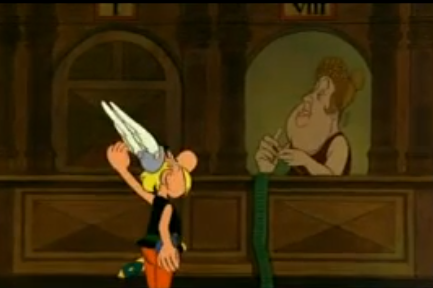 Happy 15th anniversary WG! In this Contest the players had to create a poster for our 15th Anniversary. Those are the winners!

The contest that withdrew the most attention in the Turkish Community this month was the Paper-craft Tank contest. The players showed their talent in creating various types of tanks. The results were colourful and full of talent as usual!

Did you see any of your creations here? Remember that your entry could be selected for the next Community Spotlight if you participate in the contests on the forums!