Two iconic characters from the G.I. JOE universe are ready to clash in World of Tanks.
Available until October 24
MORE DETAILS

G.I. JOE returns, Commanders! It’s been over a year since Duke and Cobra Commander took their conflict to the World of Tanks battlefield. Now, after endless attempts to define the victor, each has called for support!

Meet Cover Girl, a renowned tank expert, who will give battle in her Wolverine tank. And she’s facing is a truly menacing threat—the Crimson Attack Tank operated by the ruthless Baroness!

Each has arrived in World of Tanks with a clear objective, but there’s one unsettled score that gives the Baroness extra motivation. What could that be?

This year’s event features two new commanders — Cover Girl and Baroness — each coming with their own in-game battle voiceover, two unique 3D styles inspired by the iconic Retro collection from Hasbro, a whole load of customization elements, and a special decal dedicated to the 40th Anniversary of G.I. JOE.

The G.I. JOE packages are available now and all the way till October 24 in the Premium Shop.

During the first 5 days of the event, you’ll be getting a special battle mission per day. Complete them to get additional rewards and customization elements from last year! The missions will update every 24 hours, so come back every day to get a new one.

Before you get on with the missions, don’t forget to choose your Commander. Depending on the side you choose, you will get a bonus code with free content from last year (including the commanders—Duke or Cobra Commander) and a 20% discount for one of the two standard packages of the faction you've selected. 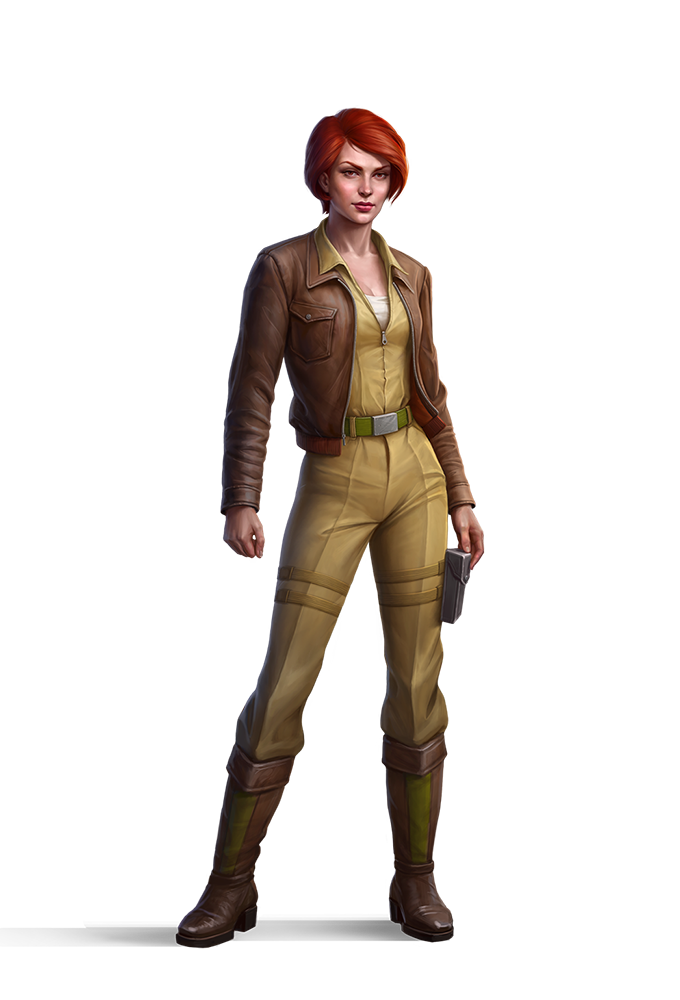 Cover Girl was a fashion model in Chicago and New York prior to enlistment. She grew disillusioned with modeling and enlisted to put new direction in her life. She attended armor and tech schools and is proficient in diesel mechanics and gas turbine technology.

Shortly after being selected for the elite G.I. JOE Team, Cover Girl proved herself in action against Cobra forces in an encounter in Washington D.C., eliminating a whole platoon of H.I.S.S. tanks in her Wolverine.

By coincidence, one of the Cobra tanks was operated by the Baroness, a cold-blooded, ruthless intelligence officer. She has never forgotten that fight and will be looking for vengeance.

Cover Girl is a universal commander and comes with three skills and perks:

Brothers in Arms (as a "zero perk")

Jack of All Trades

Born in a family of European aristocrats, the Baroness honed her innate talent for manipulation at a young age and dedicated her life to learning the skills and acquiring the influence required to become a threat to the entire world. Baroness inspires a unique combination of fascination, fear, and respect, giving her the ability to command a situation through her presence and her brilliant mind that enables her to always be in total control.

One of the rare lowlights of Baroness’ otherwise brilliant career was a battle against G.I. JOE in Washington D.C., where she was defeated in her H.I.S.S. tank by none other than Cover Girl.

This is why she has embarked on this mission with a special zeal. For Baroness, taking down Cover Girl is more than just an objective from Cobra Commander. It’s a chance to avenge an old defeat.

Baroness is a universal commander and comes with three skills and perks:

Brothers in Arms (as a "zero perk")

Jack of All Trades 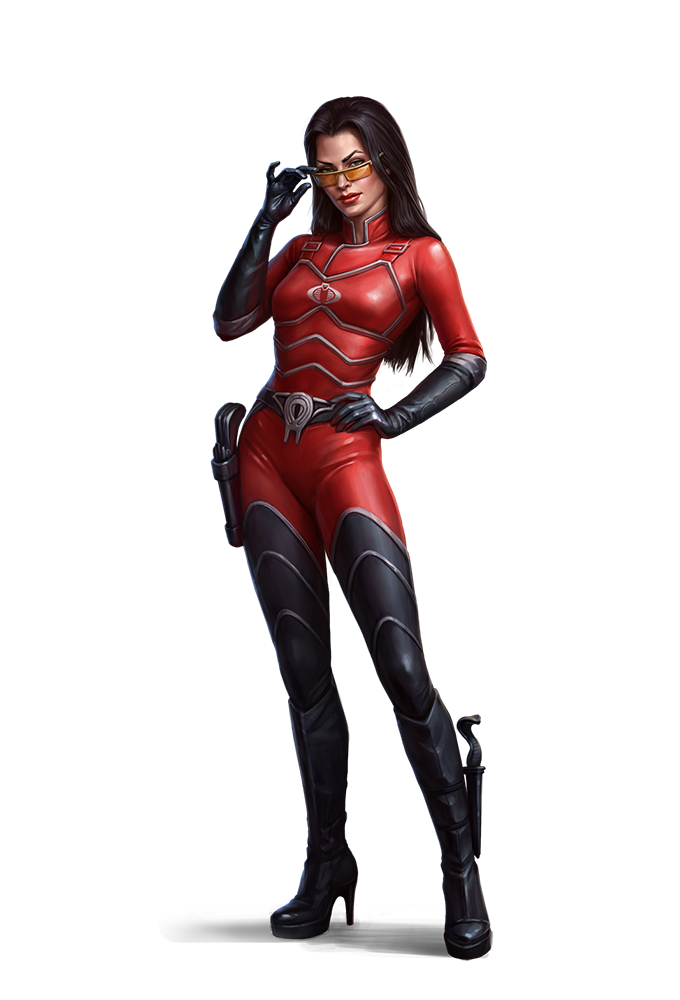 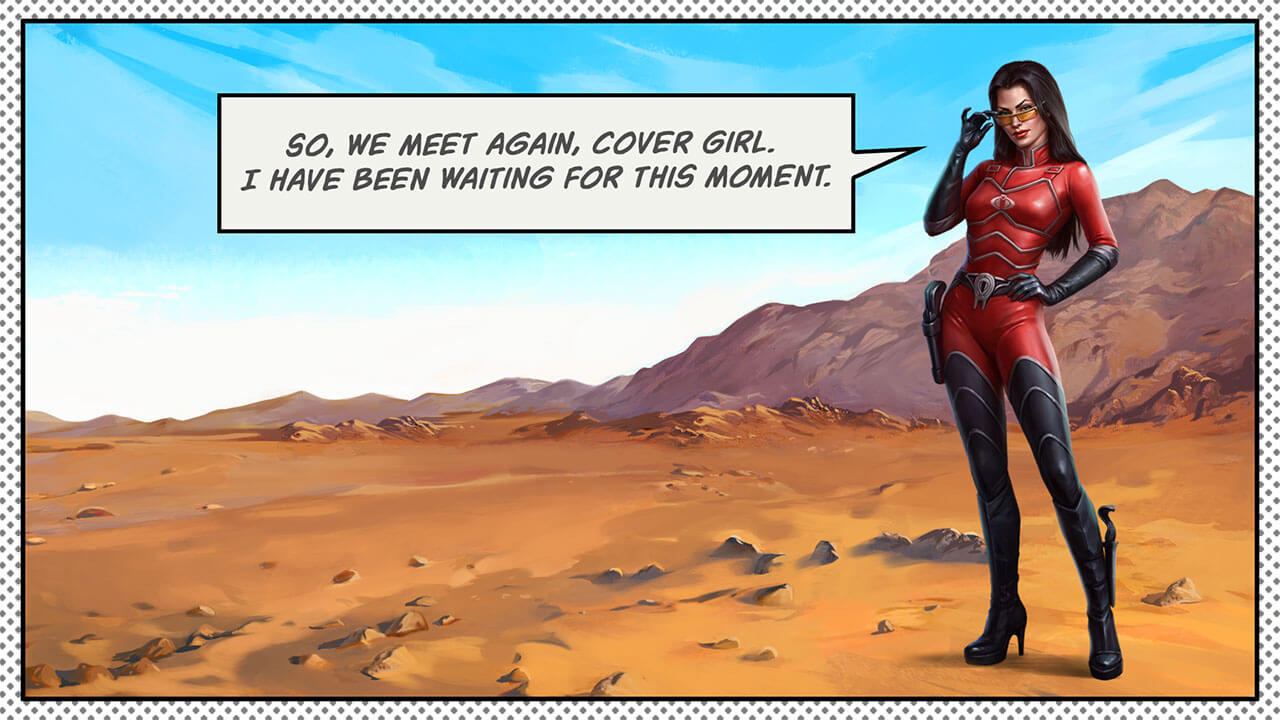 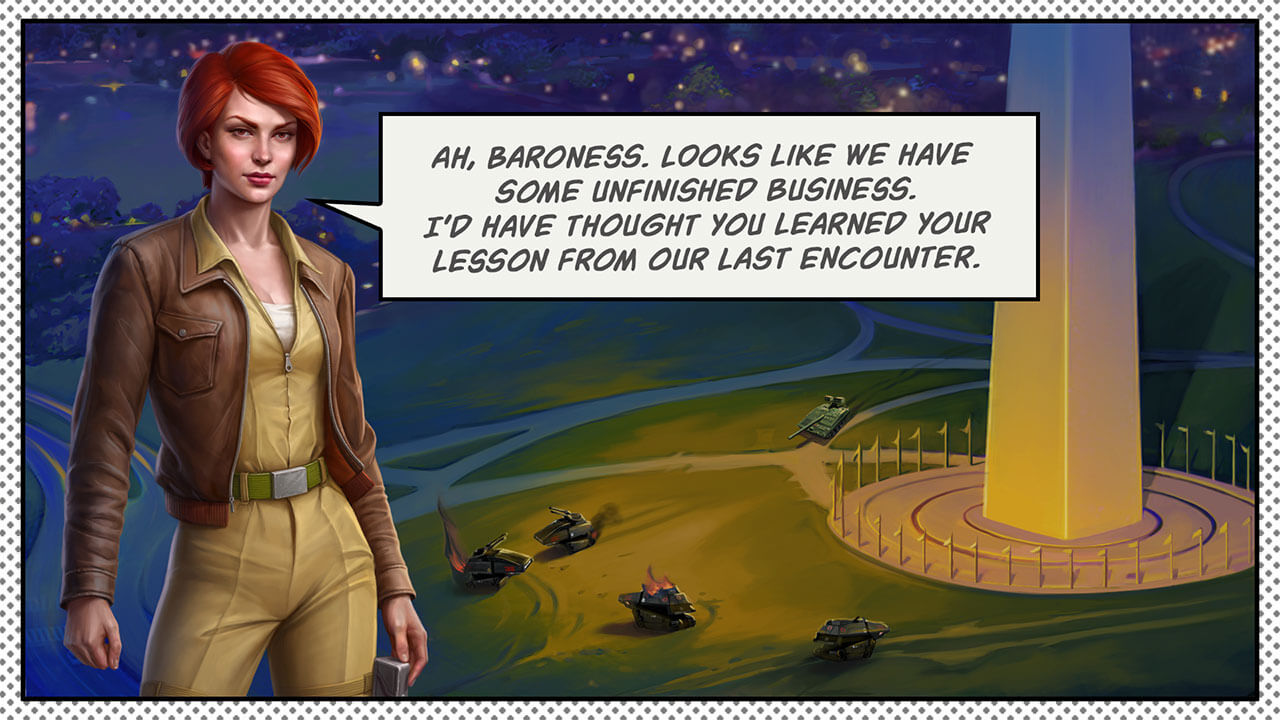 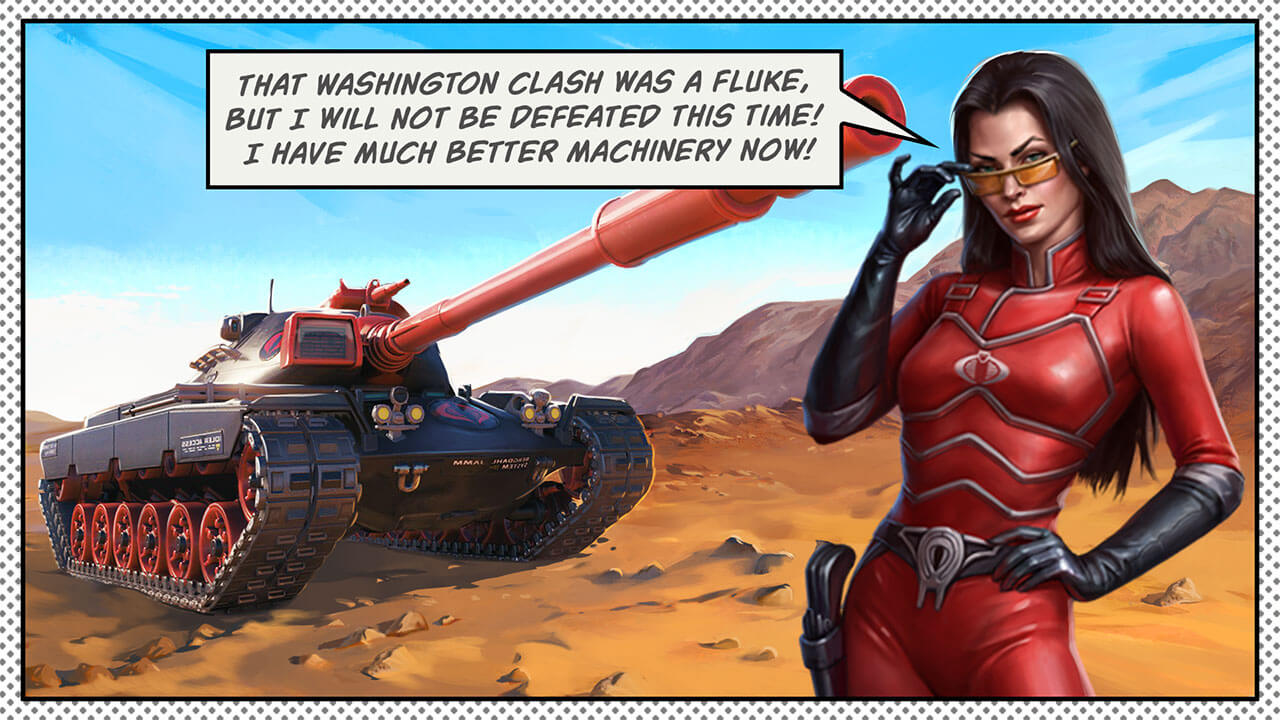 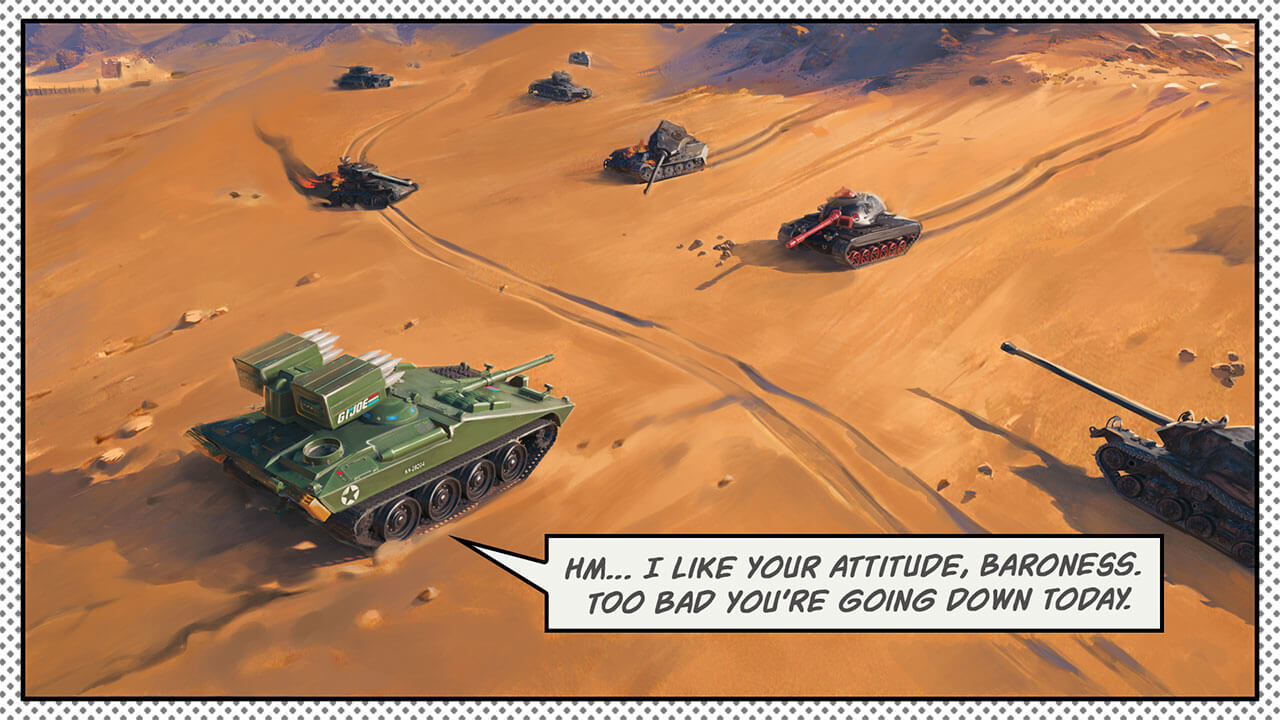 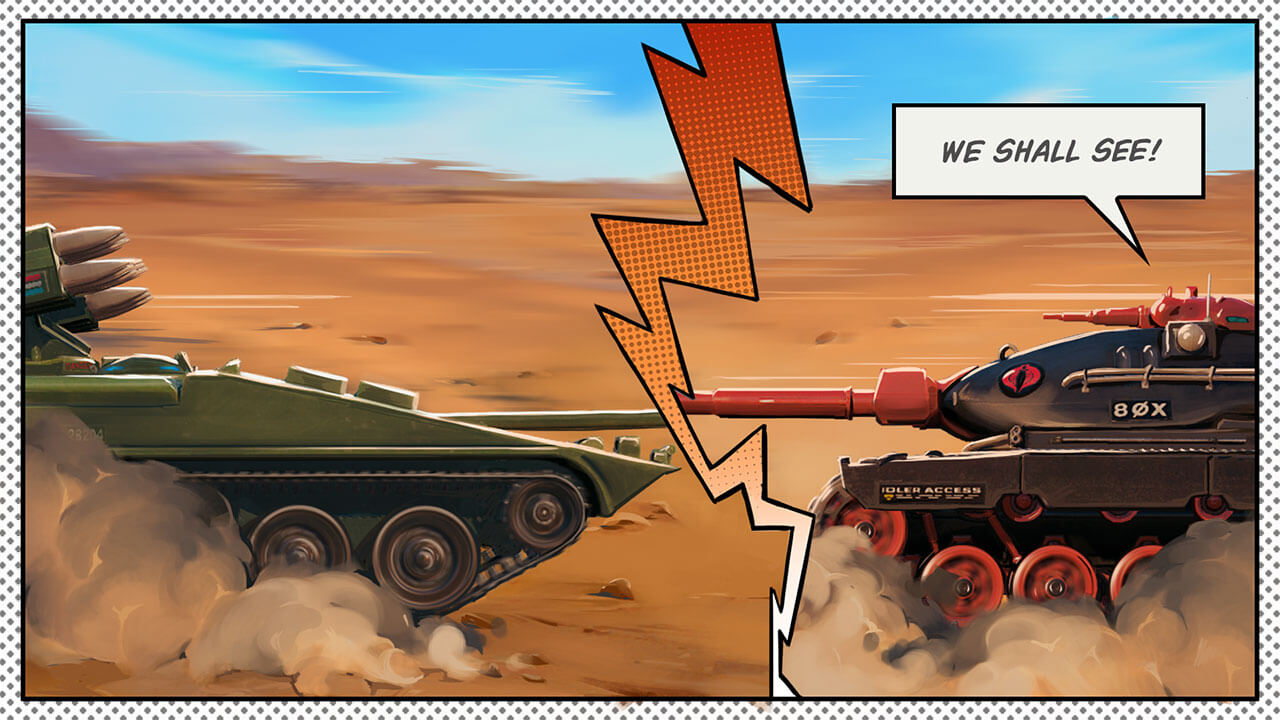 TIME TO CHOOSE YOUR SIDE

Depending on the side you choose, you will get a bonus code with free content from last year (including the commanders—Duke or Cobra Commander) and a 20% discount for one of the two standard packages of the faction you've selected.

Here’s a bonus code with a discount for the chosen side and free content.

Scroll on to explore the content we’ve prepared for you

And don’t forget to apply the code in your Account panel!

THE TOYS ARE BACK IN TOWN

Inspired by the G.I. JOE universe, the freshly designed 3D styles take a lot after their prototypes, including the trademark plastic look and feel.

The Wolverine 3D style is inspired by the same-name Armored Missile Vehicle that was released in 1983. "Based on the U.S. Army's top-secret weapons system," the toy model came with a Cover Girl figurine and featured twin rocket launchers loaded with a total of 12 stinger missiles.

The M54 Renegade is reborn as a weapon of Cobra! The C.A.T. (Motorized Crimson Attack Tank) style is inspired by the limited-edition toy model that was released in 1985. Secretly developed by Cobra engineers, the vehicle is one of the most advanced and efficient vehicles in its class. Climbs tough terrain and turns like a real tank.

GATHER YOUR COLLECTION
OF CUSTOMIZATION ELEMENTS

Each faction comes with authentic emblems, decals, and inscriptions you can apply to any vehicle on your roster. The decals represent the original Wolverine and C.A.T. tank designs. All this is topped with a unique decal dedicated to the 40th Anniversary of G.I. JOE!

FULFILL A SET OF DAILY MISSIONS

New missions will be appearing here every day. Fulfill them, get extra rewards and boosters, and lead your Commander’s team to victory!

LEAD YOUR COMMANDER TO VICTORY

The more people join either of the characters, the higher the chance for her to win this competition.

Cover Girl, Baroness, their 3D styles, and customization elements are available in various combinations in the Premium Shop. Choose the one that suits you best. 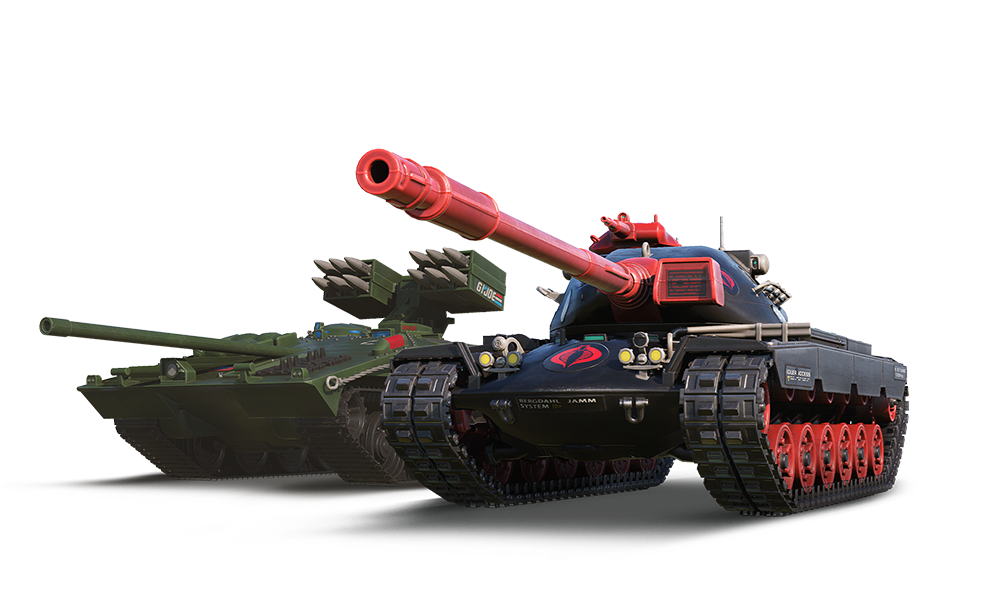 On the March: Cover Girl 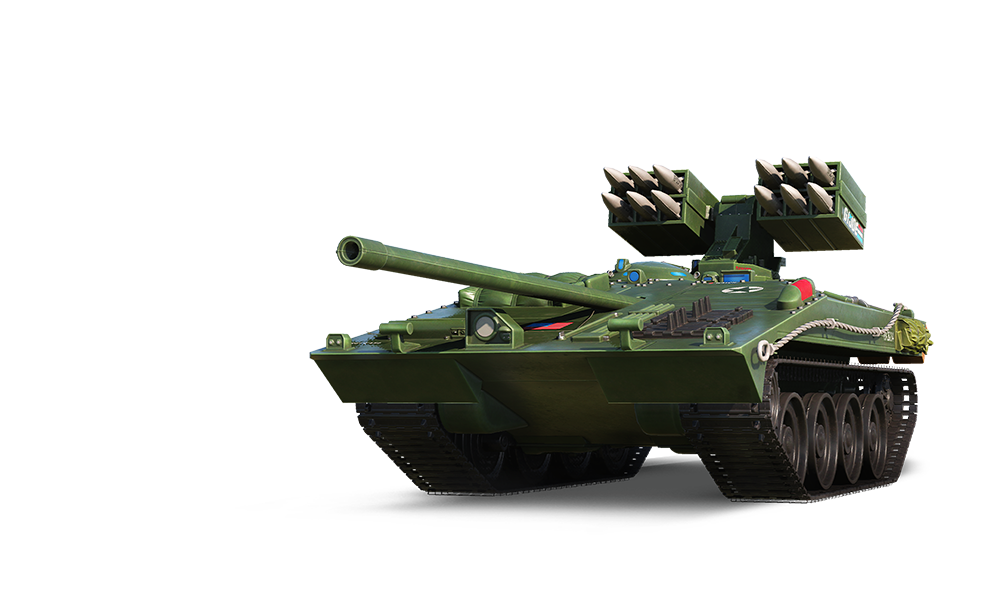 On the March: Baroness 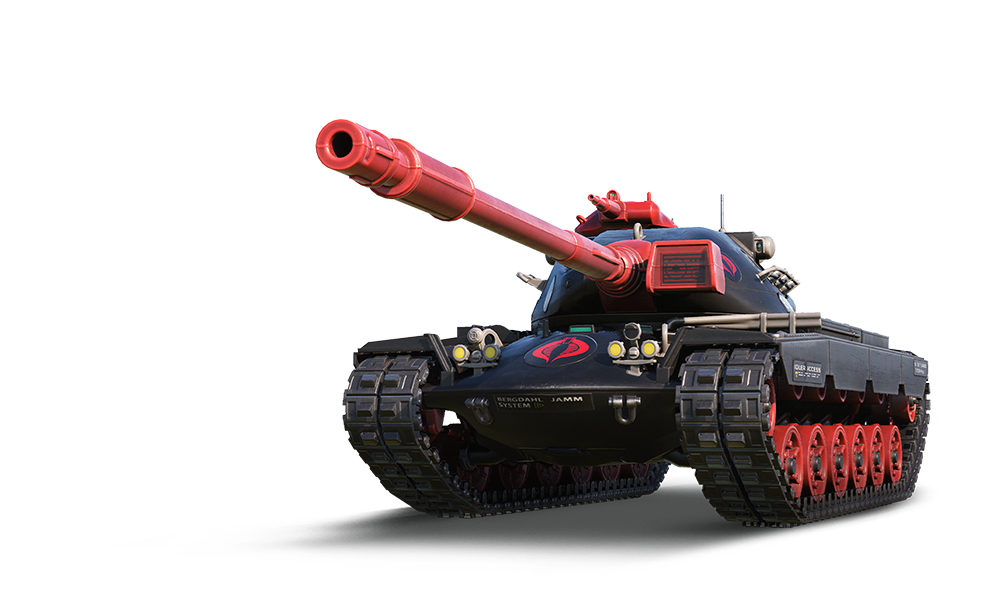 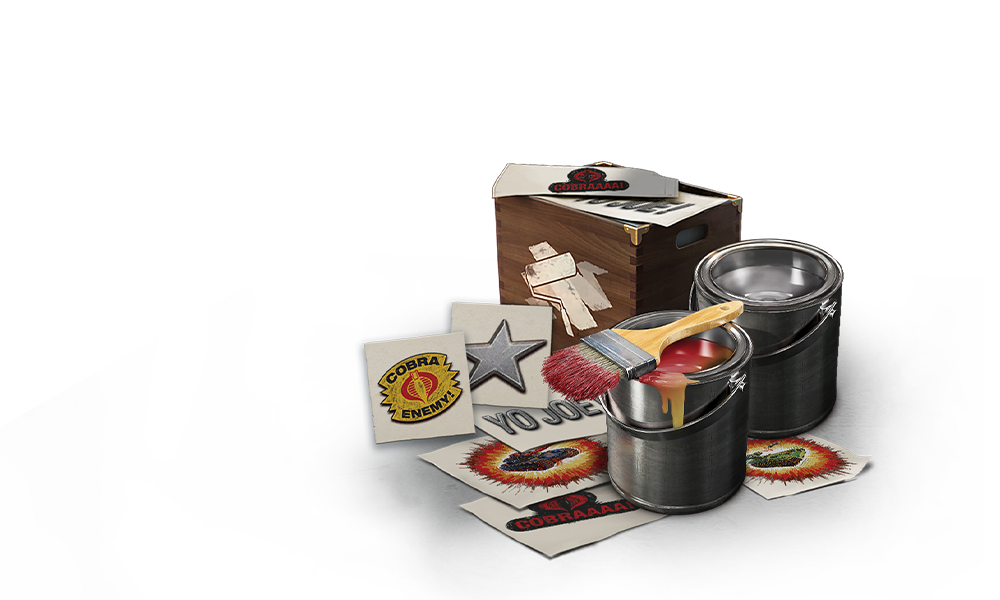 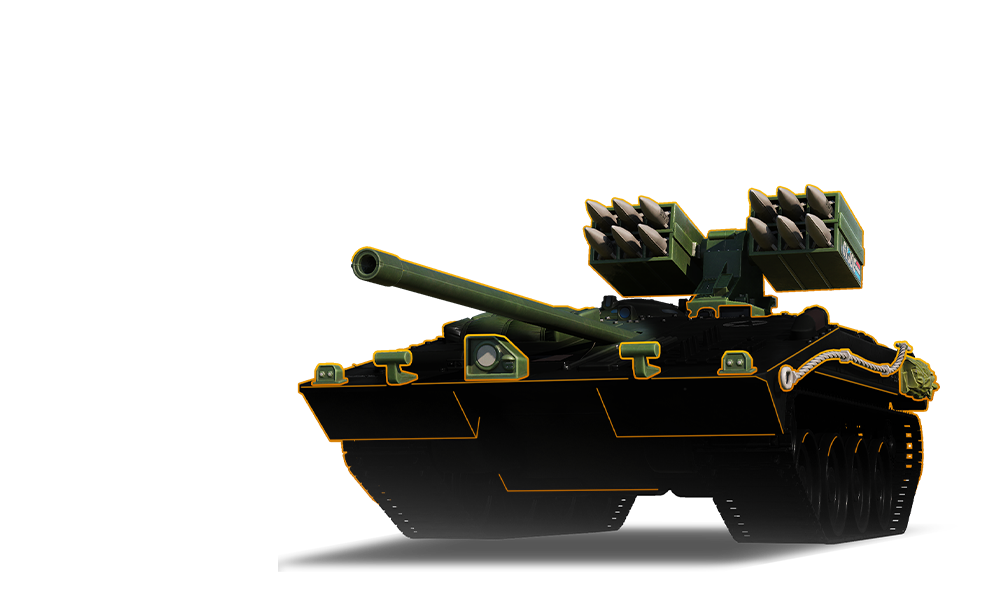 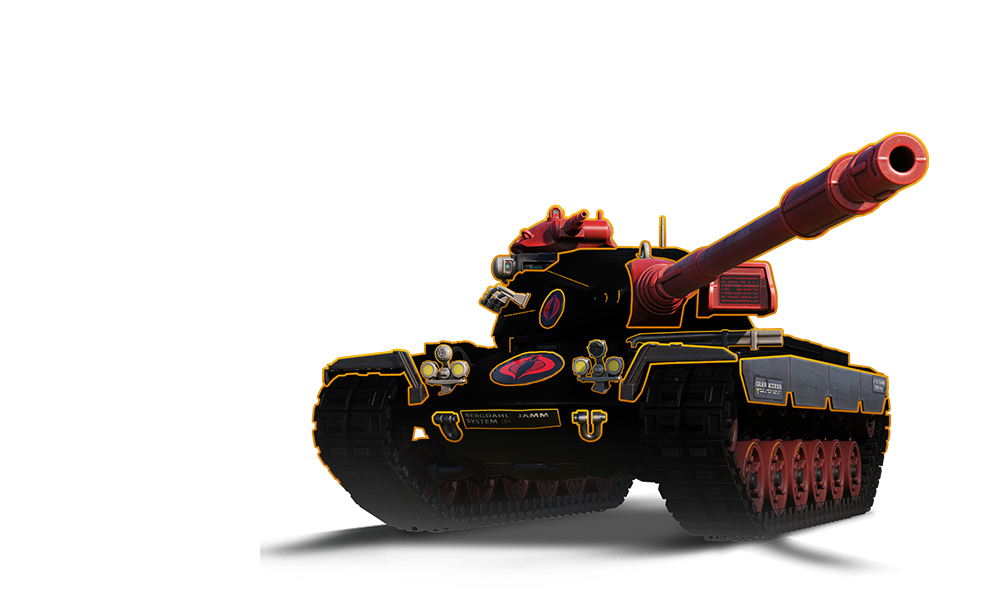 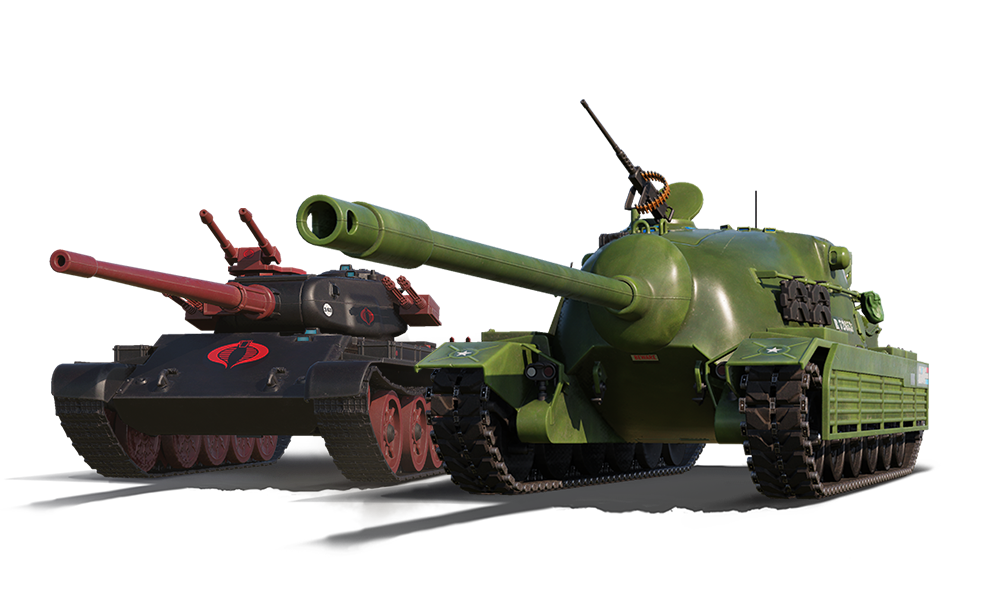 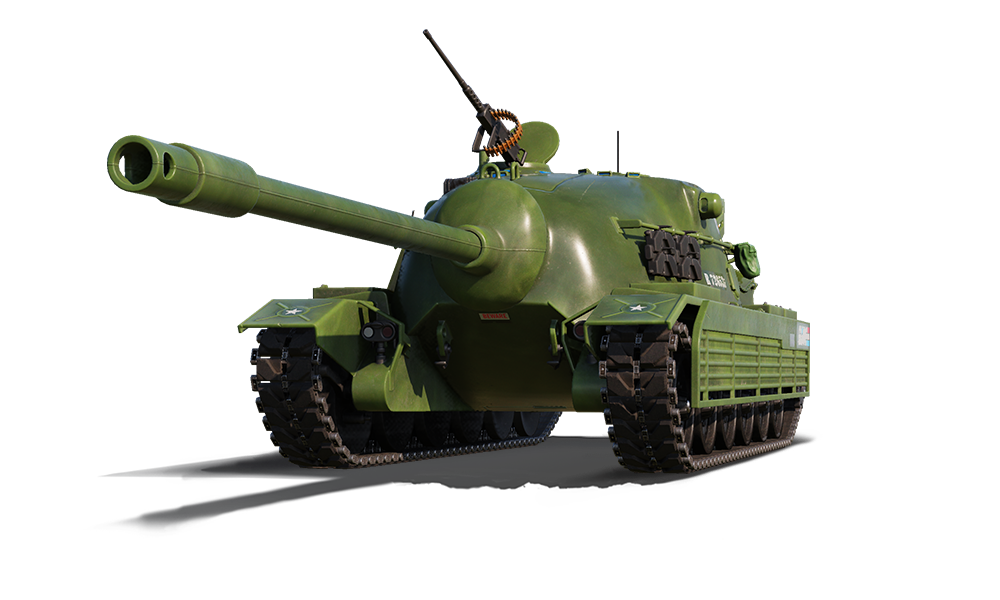 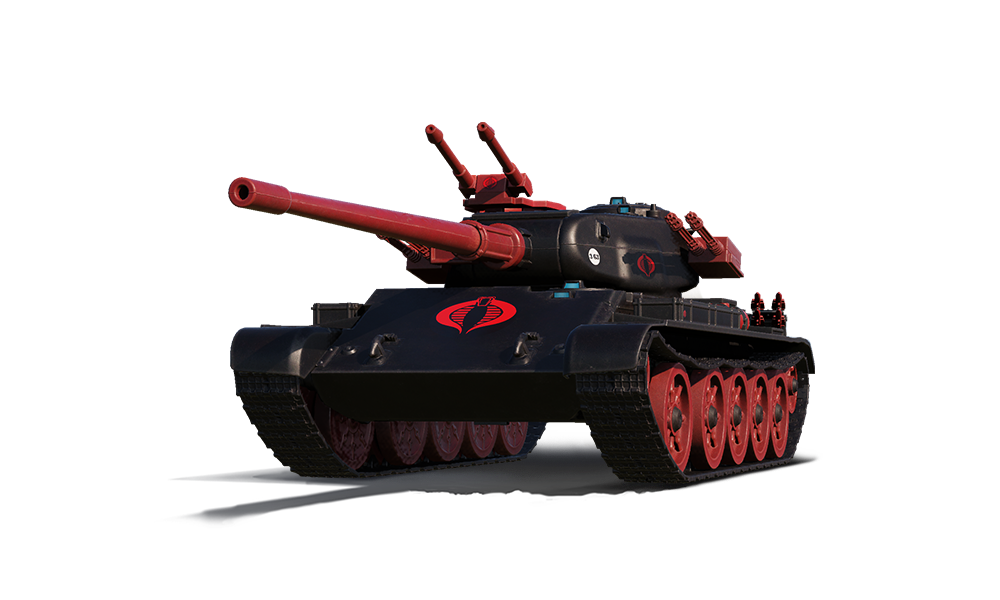 GI JOE and all related characters are trademarks of Hasbro and are used with permission. © 2022 Hasbro. All Rights Reserved. Licensed by Hasbro.