In Update 9.7, players will be able to battle on a new map. They will find themselves on the Normandy coast, near the beaches where, on 6 June 1944, Allied troops landed. The map is of interest not simply because of its history but also because of its design. This map is an exhibition of German fortifications from along the entire "Atlantic Wall".

In the early morning of 6 June 1944, a landing fleet, unequalled in the history of war, approached the shores of Normandy. The Allies, expelled from mainland Europe four years earlier, were back. 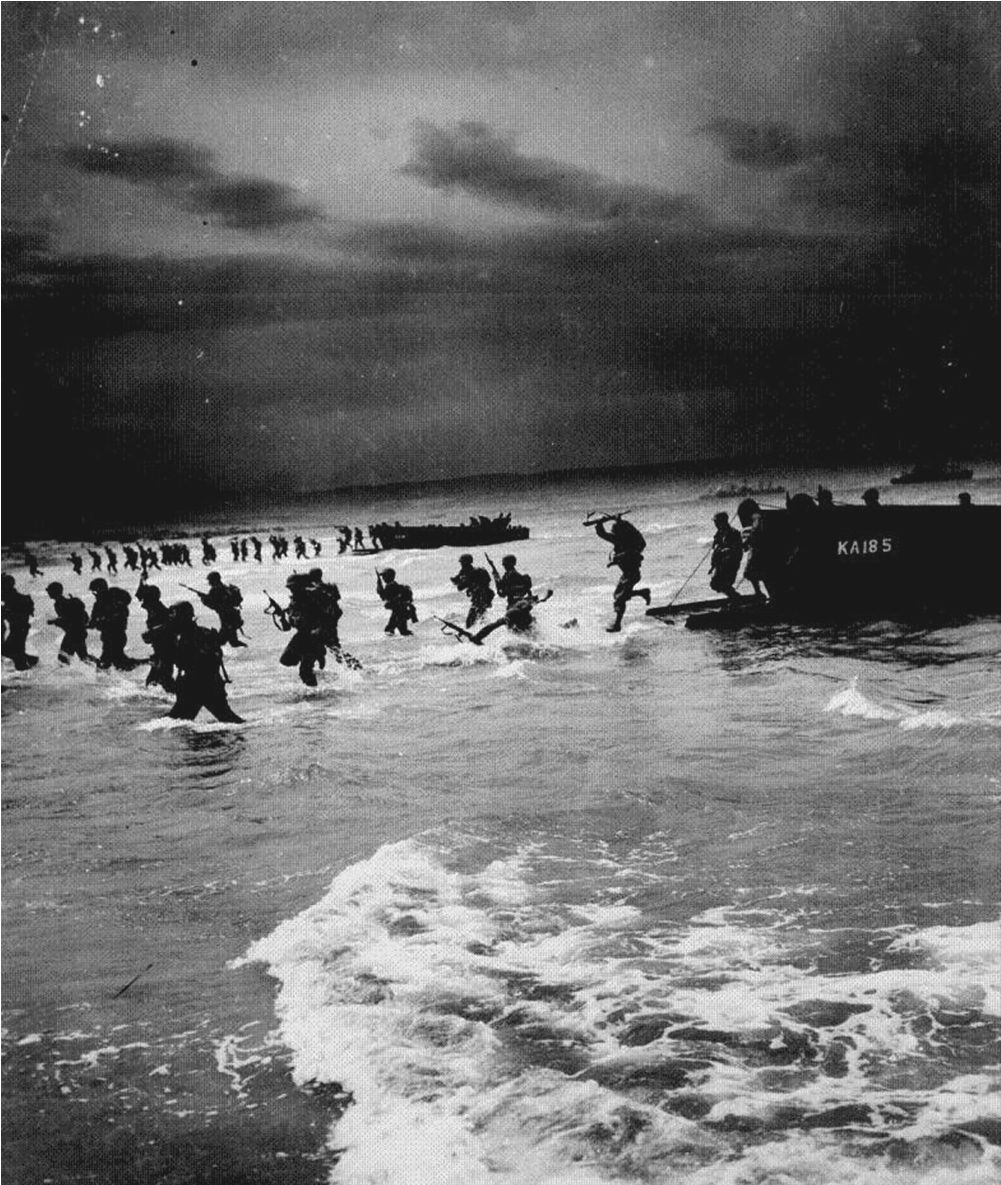 The landing took place on five beaches called "Utah", "Omaha", "Gold", "Juno" and "Sword". The Allied Command envisioned that the troops would be able to secure their respective beaches and smother the defensive lines of the German “Atlantic Wall” on the first day of the landing.

One of the major problems for the defending side was the need to predict where exactly the enemy would attack. The Germans fully understood that the Allies would try to land but identified the wrong location. They believed that the landing would take place in the Pas-de-Calais region, in the narrowest part of the English Channel. When the reports about the landing in Normandy came, the German High Command was sure that it was just a diversionary tactic.

The intensity of battles along the shore was different. At "Utah", by noon it became clear that the landing had been successful: the US troops not only secured the beachhead but also managed to progressed 8km inland. On the beaches "Gold", "Juno" and "Sword" the German defence was stronger, but the Allied forces were able to dislodge the Germans from the coastal strip and finally secure the beachhead. 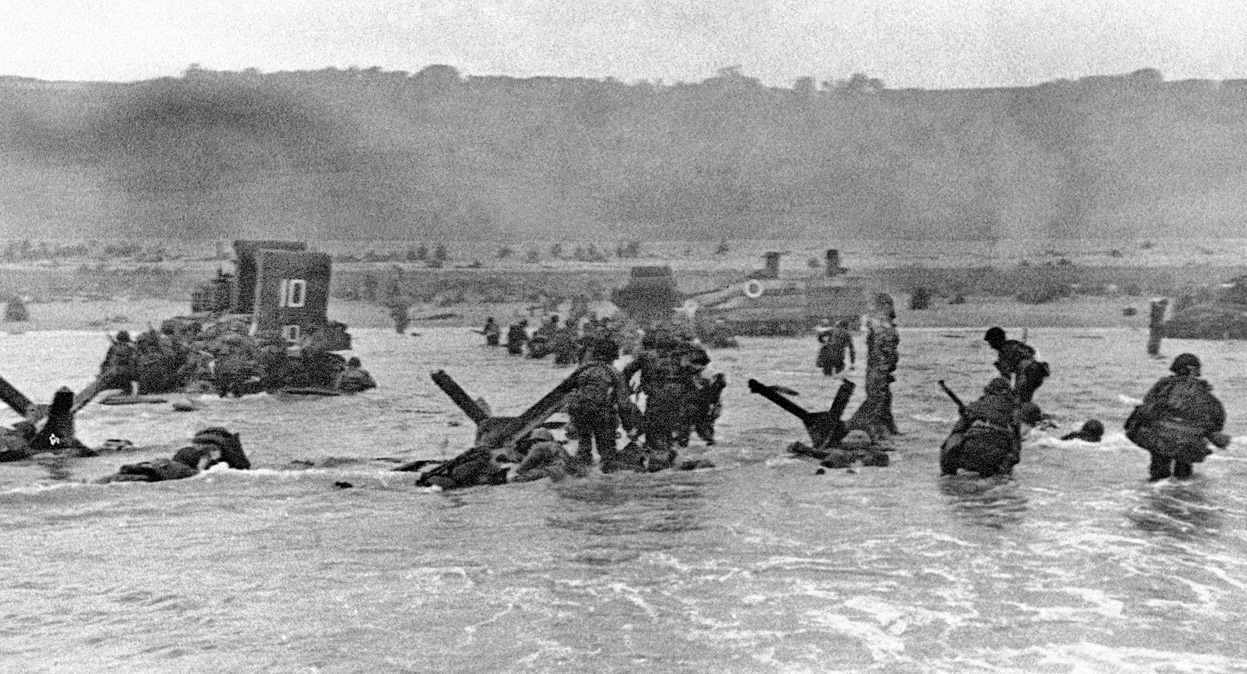 The bloodiest battles took place on "Omaha" beach. The landing was problematic from the very beginning because of the motion of the sea – most of the support tanks sank. Neither bombing nor fire from ships offshore could cause serious damage to the German defences, so soldiers were under heavy fire as soon as they got ashore. For a few hours it seemed that the troops would be forced to retreat. However, by the evening, the Allied forces managed to effectively secure the beach. The first day of fighting on "Omaha" resulted in an estimated 4,000 fatalities.

In the first few days after landing, the Allies expanded their foothold. There were more and more ships crossing the Channel and aircraft strips were built. An artificial harbour was raised so that supplies could be picked up more effectively. The battle for Normandy loomed ahead and every soldier and officer knew how difficult it would be.

The game map Overlord does not reflect any particular location but is most similar to the landscape of the beaches "Utah" and "Omaha". There are beaches, coastal cliffs and a small town some distance from the sea.

Battles on this map will take place a few days after the landing. Here and there you can see destroyed German and American engineering works as a sign of the past serious battles.

German tanks were not actually involved in the battles on the coastline beacuse in order to put them into the battle Hitler’s personal permission was required. That permission came too late. 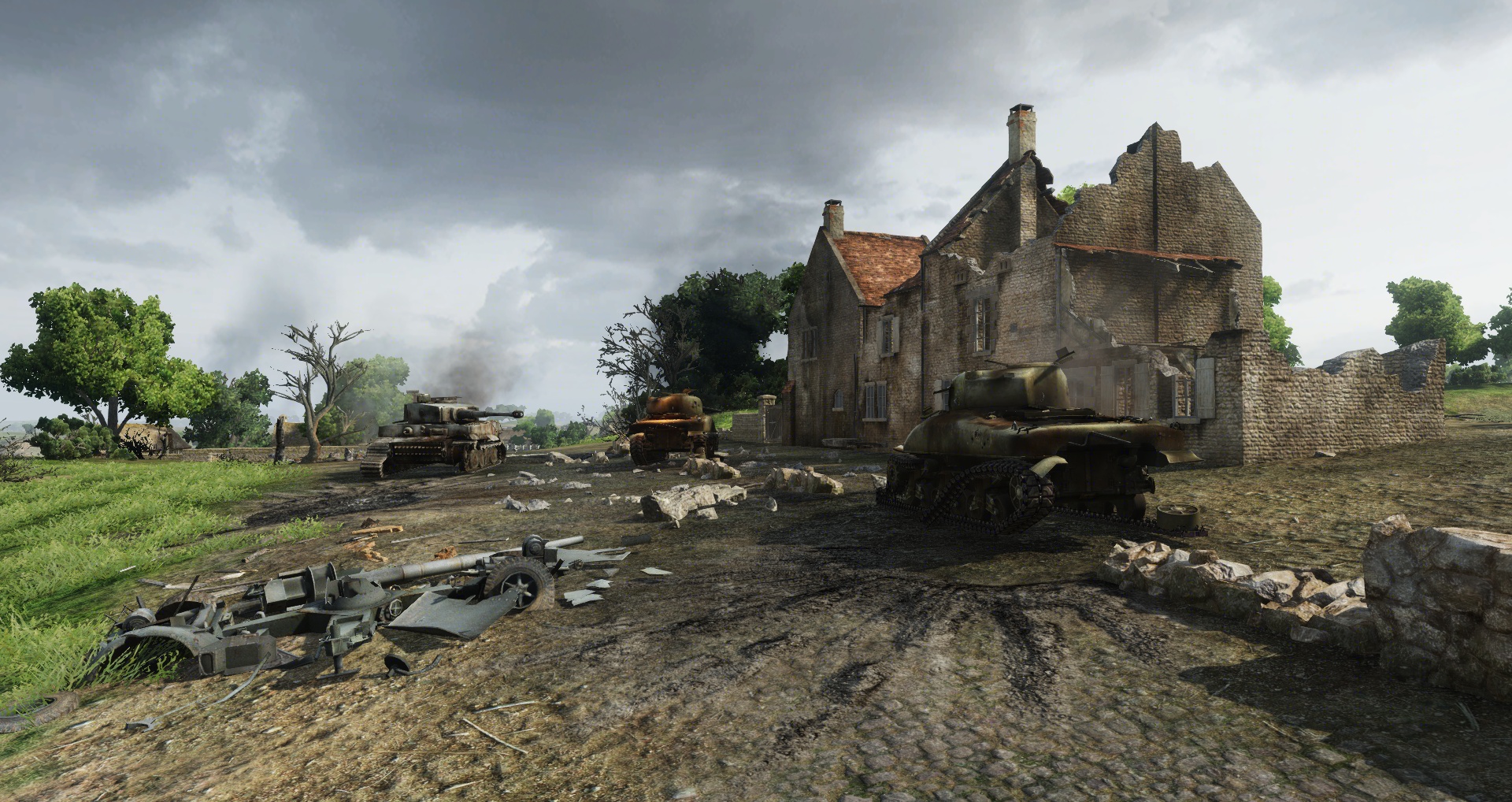 On the left part of the map there is a beach with anti-tank and anti-landing equipment. In reality, these positions were more densely distributed but, due to game specifications, the level designers had to spread them out a bit. However, it still can be imagined what it was like for the infantry and engineers to break through steel and log barriers under a hail of bullets. 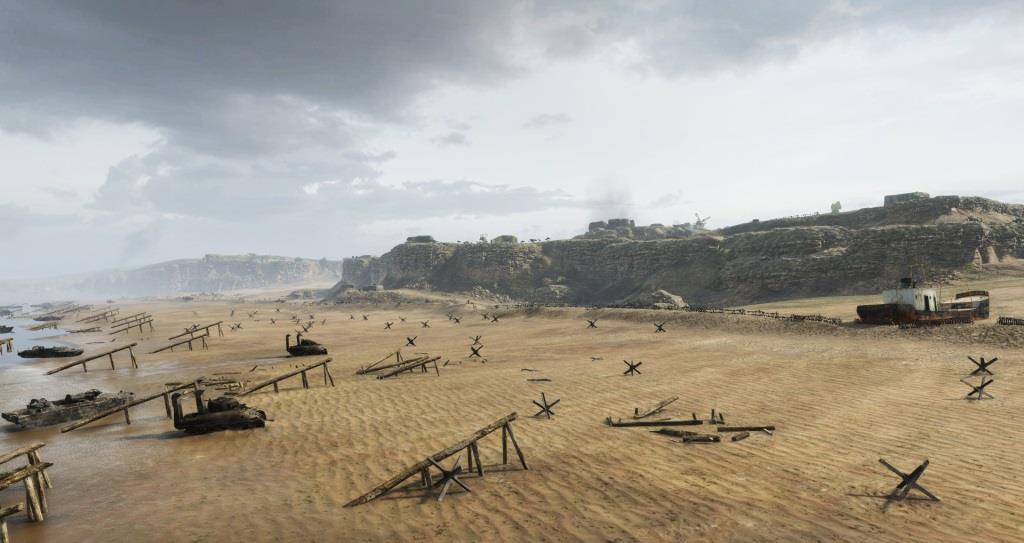 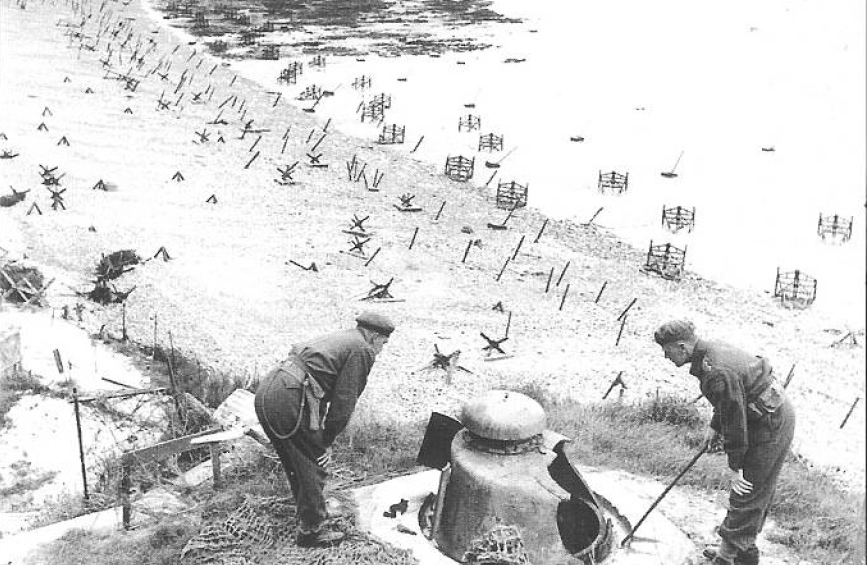 On the coastal rocks, you can find concrete gun nests and a variety of bunkers. These fortifications were modelled on actual firing posts of the "Atlantic Wall". Most of the objects were developed specifically for the map and are interesting, not only as potential shelters or a hindrance for an enemy tank, but also as historical elements.

Concrete positions for heavy howitzers were left empty. Underneath, players can hide their tank's hull and battle "from the turret". The angular observation bunkers are recognisable from movies such as Saving Private Ryan, however, in the movies they were used as battle stations with guns firing from the observation holes. 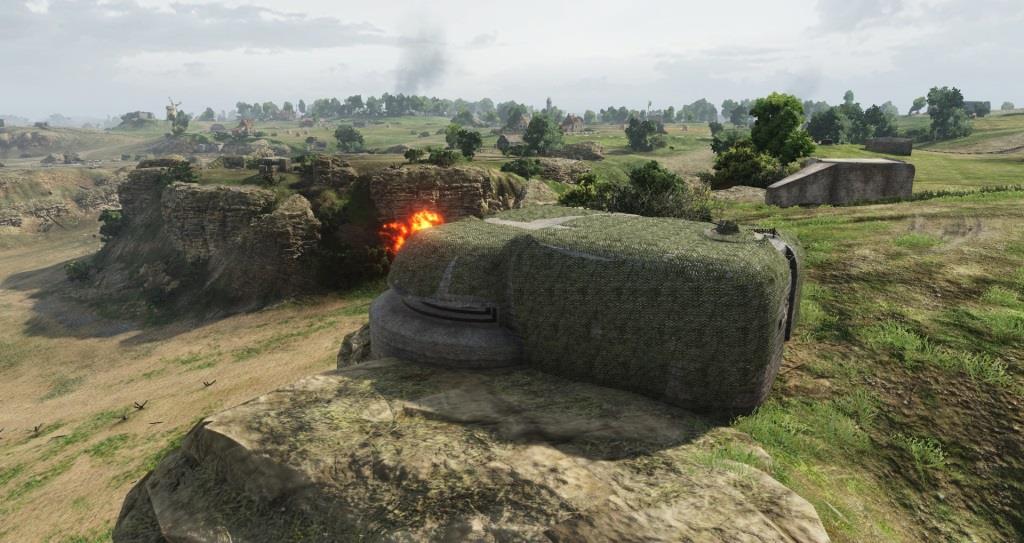 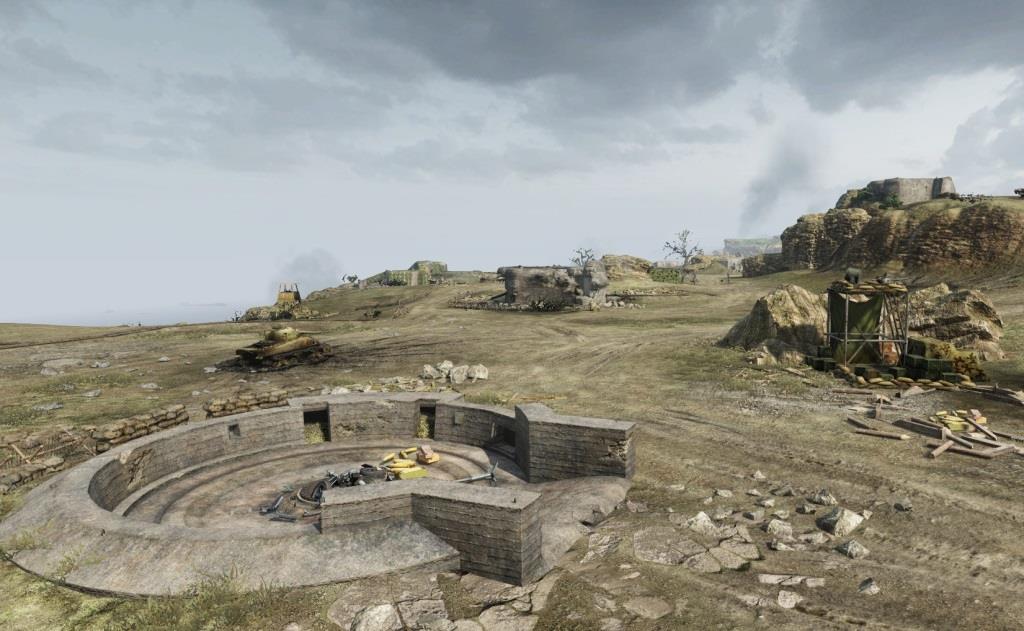 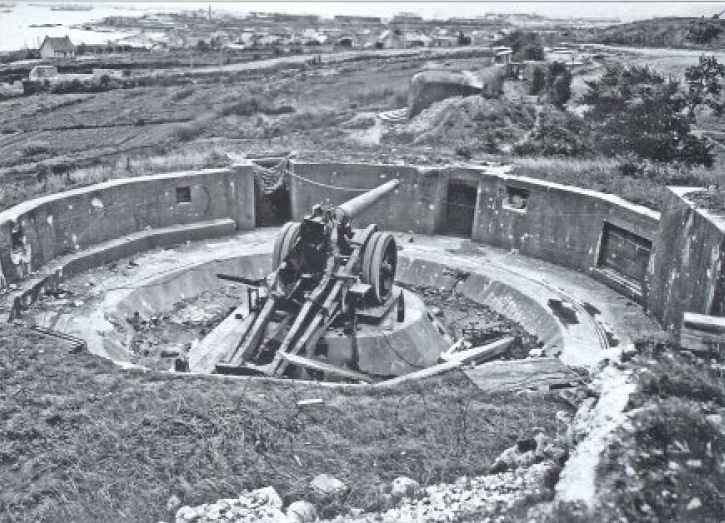 Concrete artillery positions were copied from real bunkers armed with captured French ship cannons.  The big bunker with a battleship gun located on the right side of the map deserves to a special mention. This is a copy of the so-called Todt Battery, armed with a 38cm naval gun. The battery was located near the town of Calais, far from the coastline of Operation Overlord. However, our designers decided that such a structure was worthy of being placed on the new game map. It should be noted that, as far as we are aware, this bunker has never made an appearance in any historical military game before. 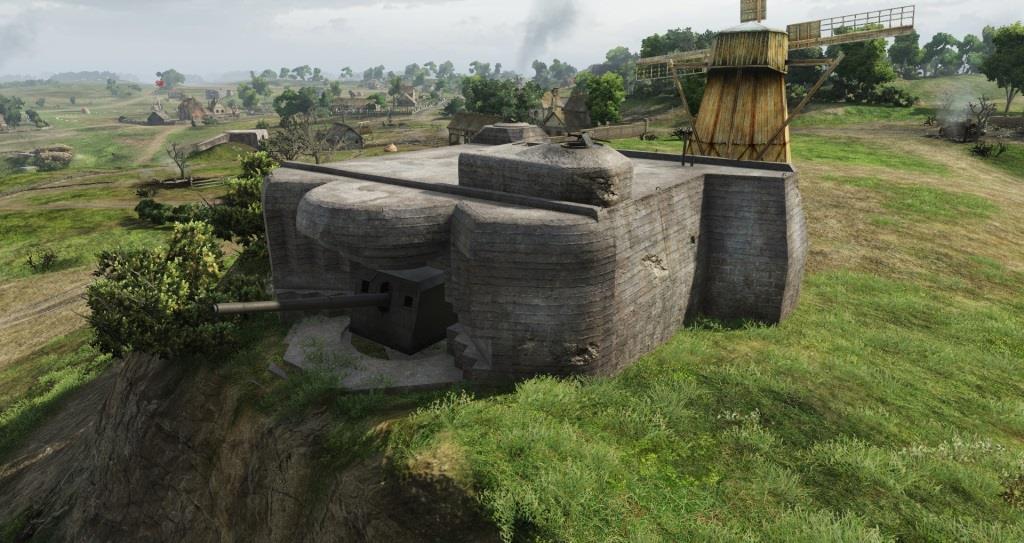 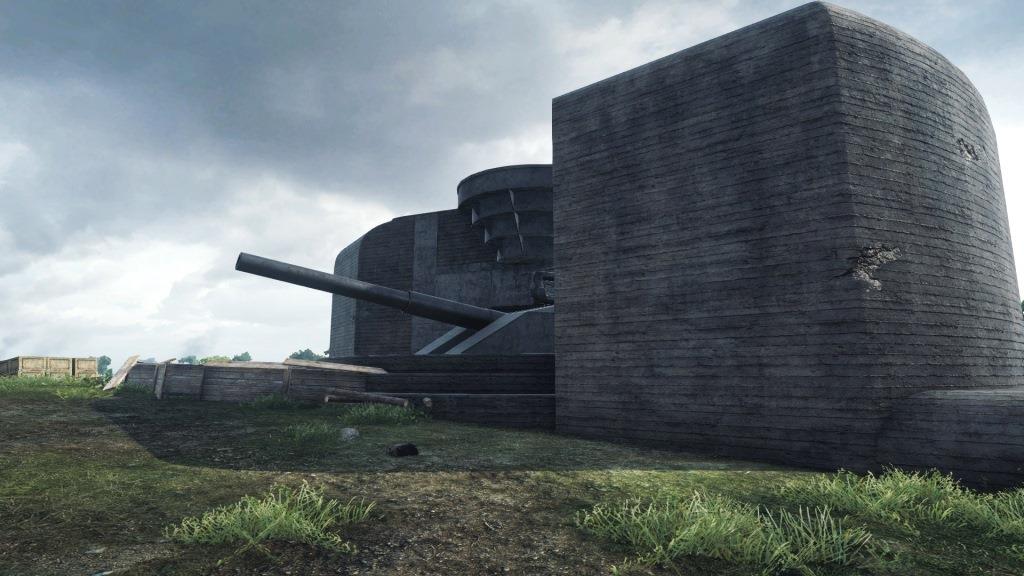 When creating objects like bunkers and pillboxes, a method of constructing special 3D-models based on photos was widely used. It was also applied for some of the architectural objects: houses, farms and so on.  One of the most interesting buildings on the map is the church, recreated in exact accordance with the real church in the French town of Bayeux. 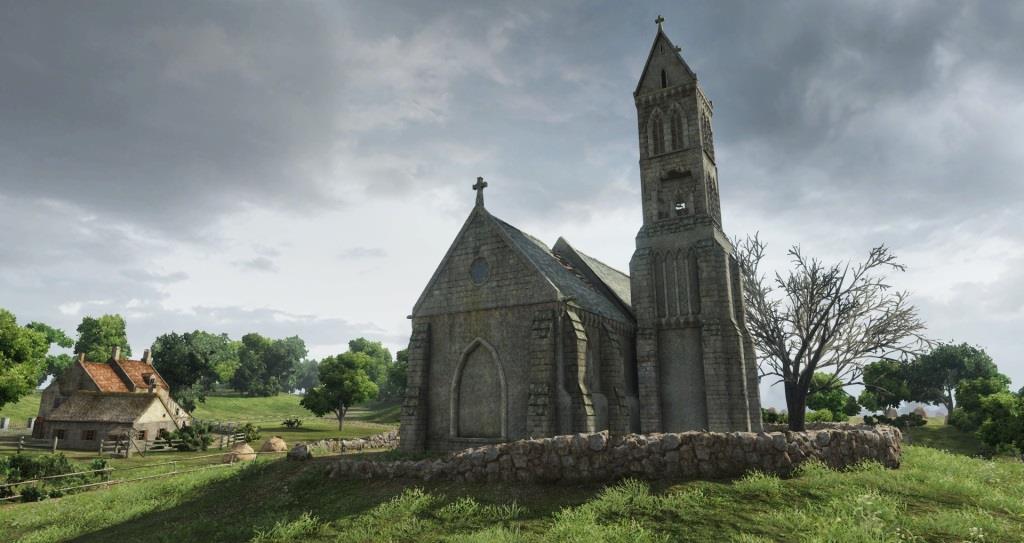 Although the Overlord map is not a virtual copy of the real terrain on the Normandy coast, it can be described as historic, as our designers have sought to capture the ambience of the landings made in June 1944.

Get ready for when this beautiful map joins the game roster, Commanders!