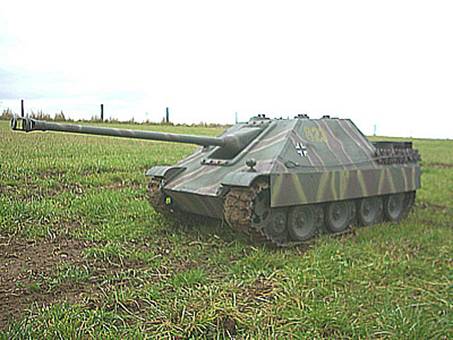 Radio-controlled tanks might sound to some like toys for children, but if you think that – you’re wrong. The large‑scale tanks made by Mark 1 Tank are enjoyed by enthusiasts of all ages. We even have two here in the office and a third is on its way!

What do we mean by a large‑scale tank?

Check out the JagdPanther to the right. It has what seems like an 88mm gun from a King Tiger. Looks pretty much as you’d expect it to, right?

Perhaps it’s the grass that’s a big long, or the guy who took the photo was standing on a ladder? No, though the tank is reasonably sized, it’s not actually full size but 1/6 scale.

And yes, if the gun was operational, it’d probably give you quite a nasty surprise – to say the least!

A Chat with Mark Spencer

Recently our own RC tanks  were in need of a checkup. So we called Mark Spencer, the man who built the tanks! He was even so kind as to come all the way from the UK to our Paris office to sit and chat with us for a while. 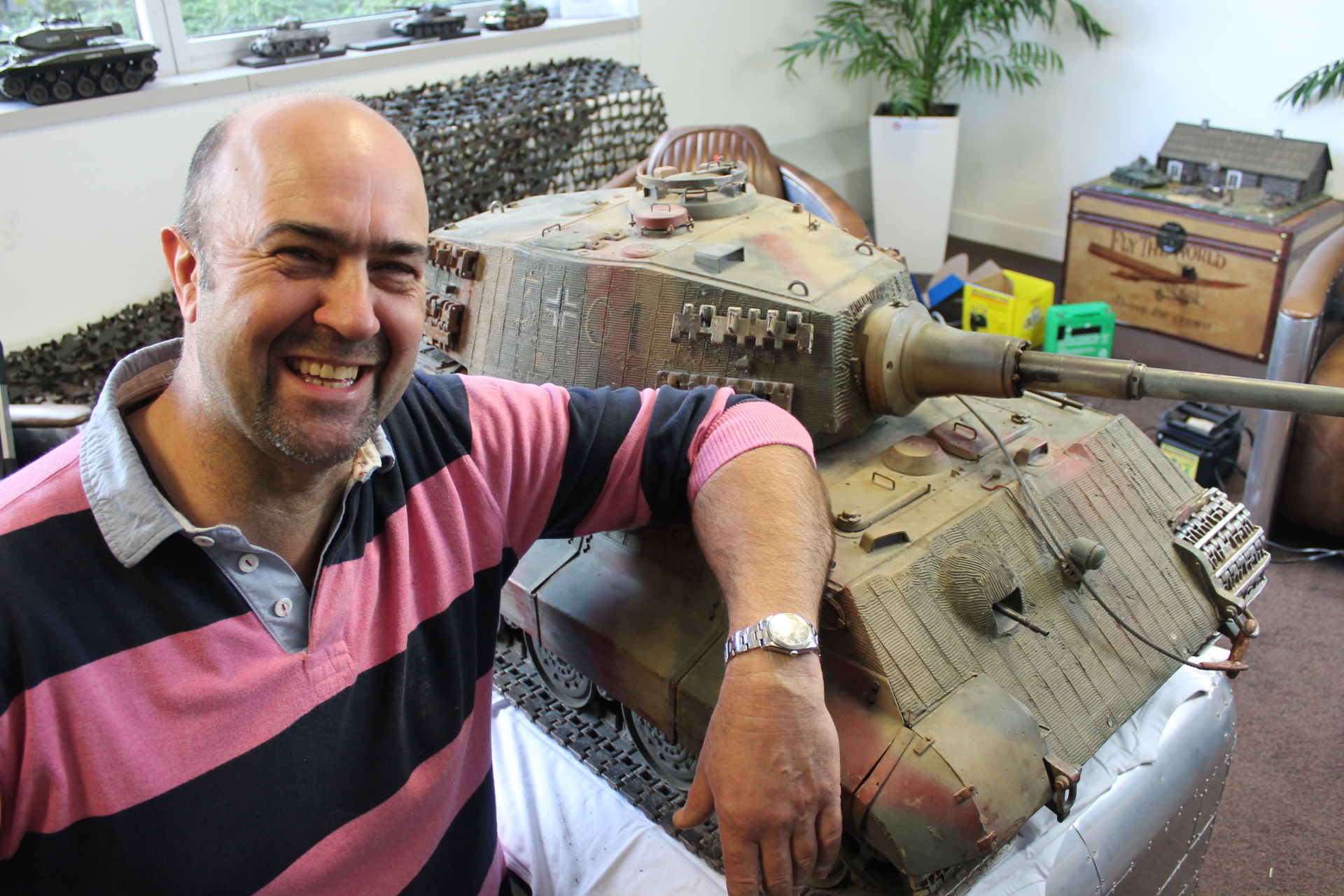 Mark Spencer: “I opened the box containing the first model I had ordered from Russia and my first thought was ‘Geez! It just looks like… a big Action Man toy or something!’ Like really crude and with shiny paint. But the more I looked at it the more I thought it actually looked pretty robust. So I put the radio and all the gear in it and got it all working. I repainted it, weathered it, and put some detail on and it started to look like a proper tank. 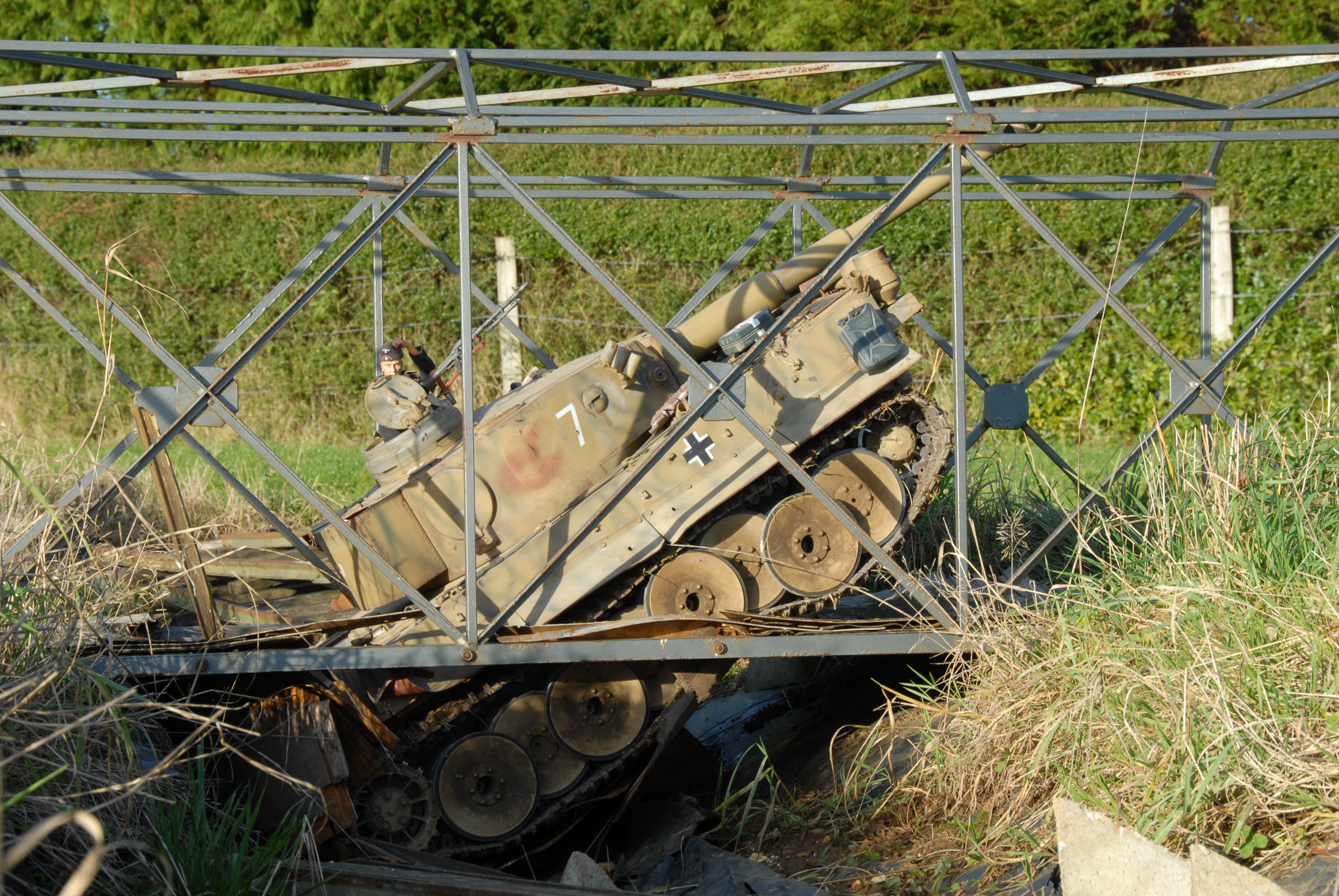 And then I had someone say to me, "They're really good! Do you want to sell them?" And I said no, nobody would want one of these! Only idiots like me would want to play with one of these!

So a friend of mine knocked me up a website and I started going to military shows, putting [the tanks] on display and doing the ground work. Over a period of 18 months, I guess, I didn't get much at first – it was just dribs and drabs, but then it started to pick up. After 3-4 years I thought yeah, this is good, I could do this as a main job.”

How did you get into building radio controlled tanks?

“I sort of fell into it. I worked with my father for 20 years in the commercial truck industry with refrigerated vehicles, which wasa good job that paid well. 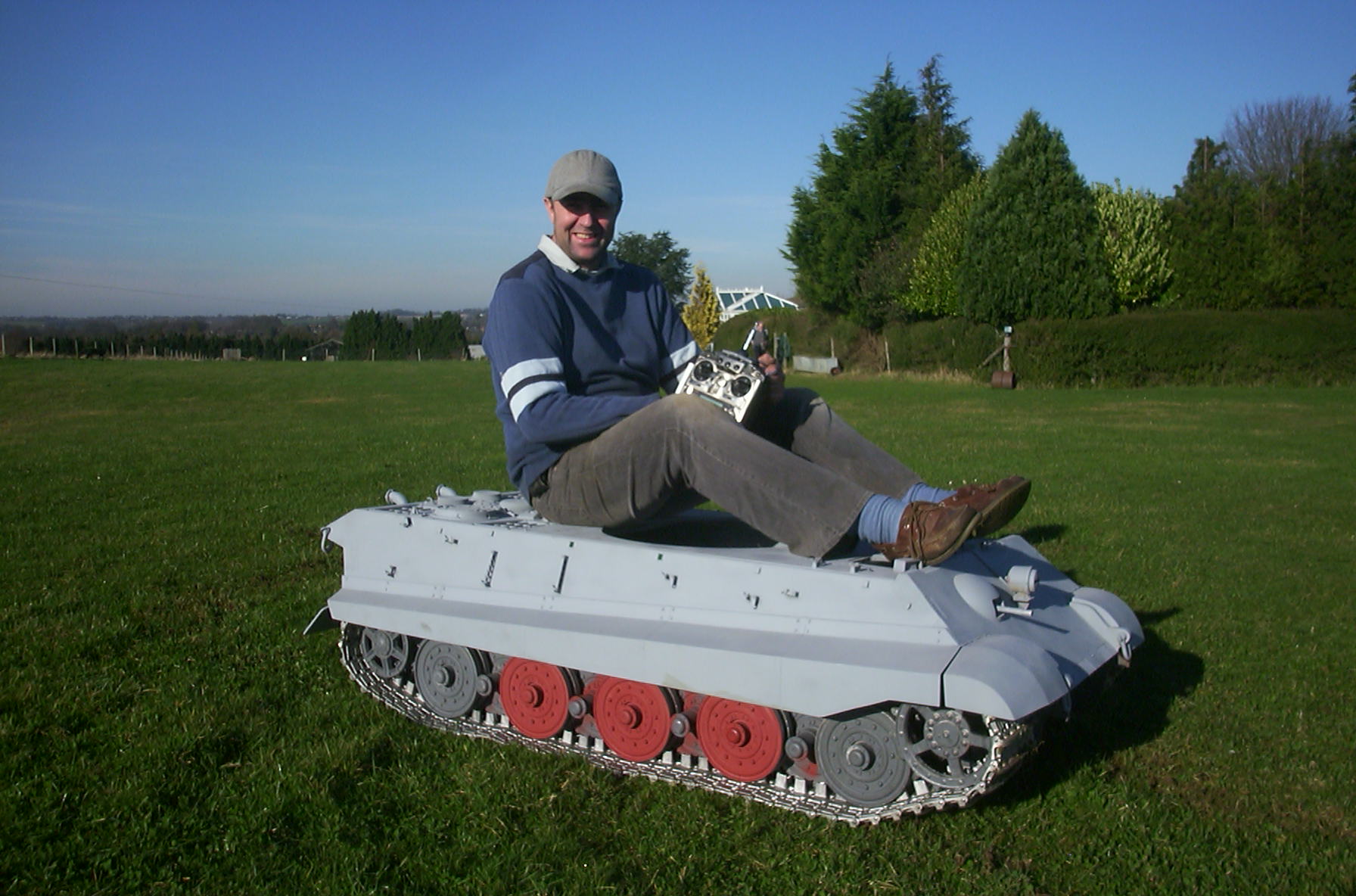 But as a child I played with models, I remember making my first little RC tank model when I was twelve. I'm just a big kid; I like to play with models and toys and I always wanted to do something where I could make a bit of money just doing what I want.

Then I realised around my early 40s that I could do this as a full time job. Most people think it's not possible, but I've been very fortunate.”

Where do you get all the tank parts from and how do you put them all together? 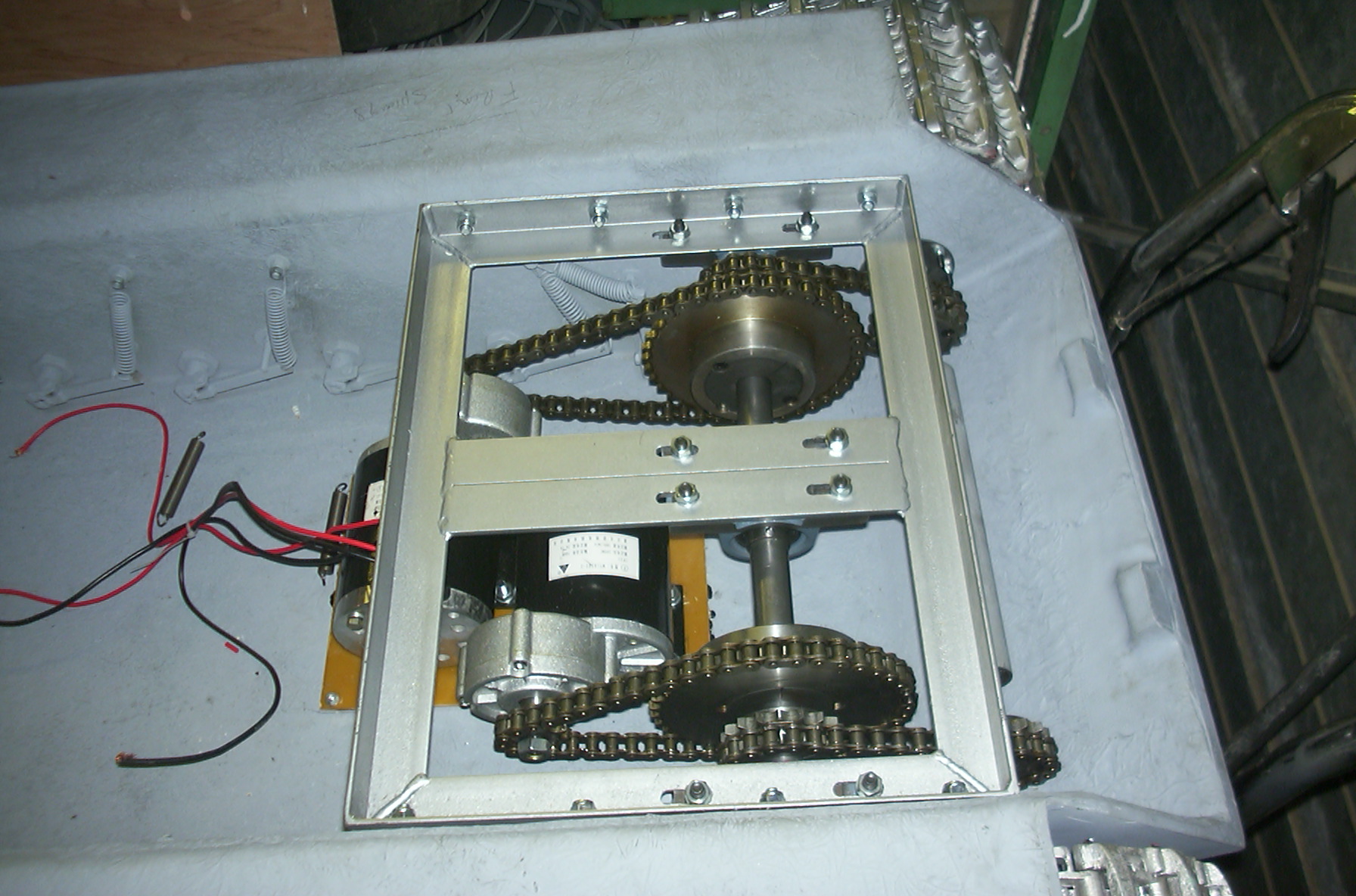 “The main parts are from Russia. I get the motors from China. The electronics are from various places like England, America, and Germany. So I get all the bits in and put them together, and then they're all built to order.

The basic chassis comes with the wheels, then I put the tracks on and the motors in. They're put together from Russia more or less, but I re-align them and set them up.

Having come from a mechanical background working on commercial vehicles – big, heavy, agricultural-type engineering – you have to learn what to do with these kinds of vehicles. Things like the front road-wheel and the rear road-wheel, they have to be sprung a little heavier than the others to hold the tank up. Otherwise it would just go ’uhh’ and sag and then when you start going over lumps and bumps it couldt hrow the track off.”

What kind of people buy your tanks and what would you say was the main motivation? 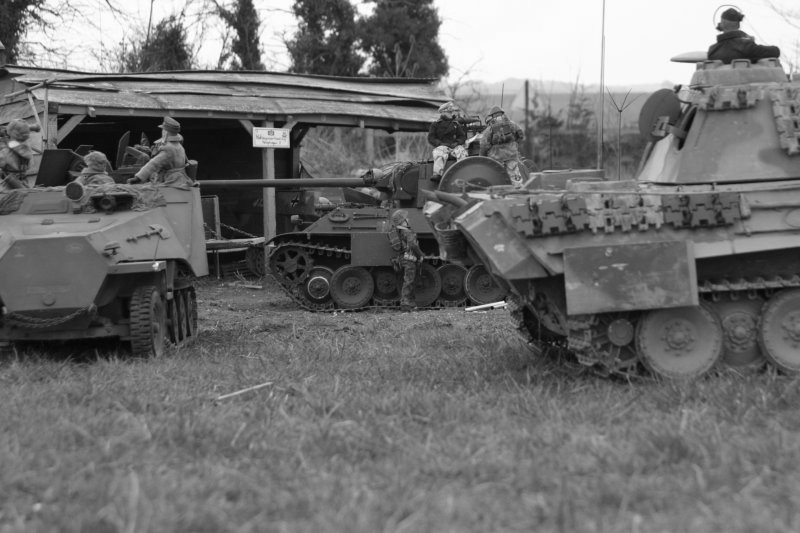 “It's just escapism. I like to ask people what they do with them.There was this couple about 9-10 years ago, a guy and his wife. And she was like ’Why do you want one, it's a bloody waste of money!’ and he was like ’I want one! I want one!’. These kinds of discussions would happen frequently. Anyway, he bought the tank, andI saw him again when they came to pick it up. The first thing they need to do is go through it and be taught how to use it. Rather than going through pages of instructions he just asked me to show him how it works. Talking to a bloke and letting him push all the buttons on the remote is the best instructions in the world. 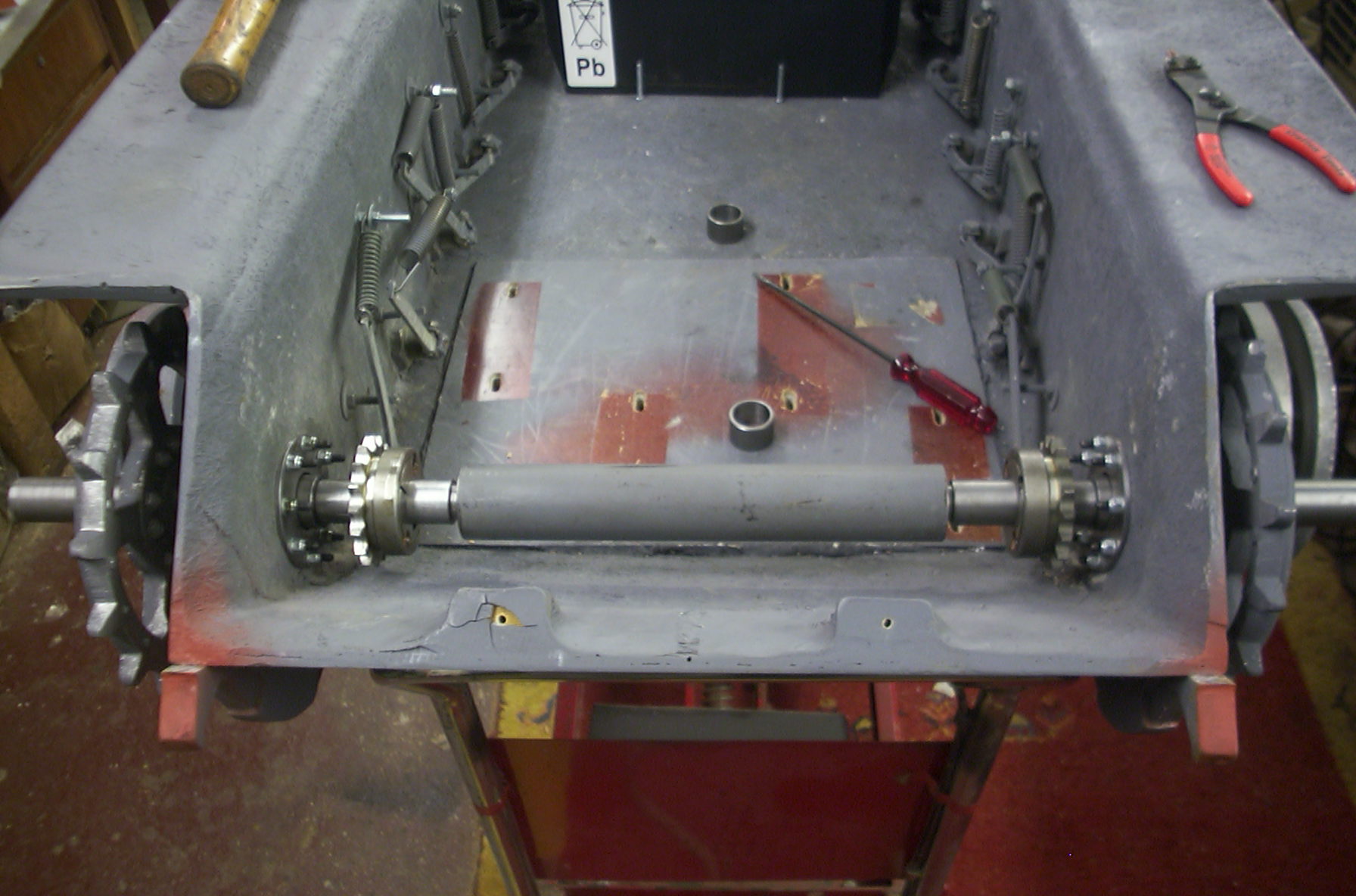 So they picked it up and off they went. I saw them at a show 6 months later. And this guy's wife was completely different: she was all smily and chirpy, and I got chatting withthem, and he was off playing with the tank and I was chatting to his wife, and she said ’Do you know what? He has a really stressful job, he comes in on Friday and cracks open a beer, he goes out with his tank and he comes back after about an hour and he’s completely refreshed.’

This is the biggest stress-buster because he’s just escaped. It completely takes you away from the real world, and this is like a three dimensional way of doing it. And of course it gets you outside as well. A reasonably healthy hobby – with the range and the speed of these tanks, you could go out for a five mile walk if you wanted to.”

Why get a dog, just get a remote controlled tank!

Want to find out more about Mark 1 Tank?

Please note that Mark speaks English only, so all communication needs to be in English. 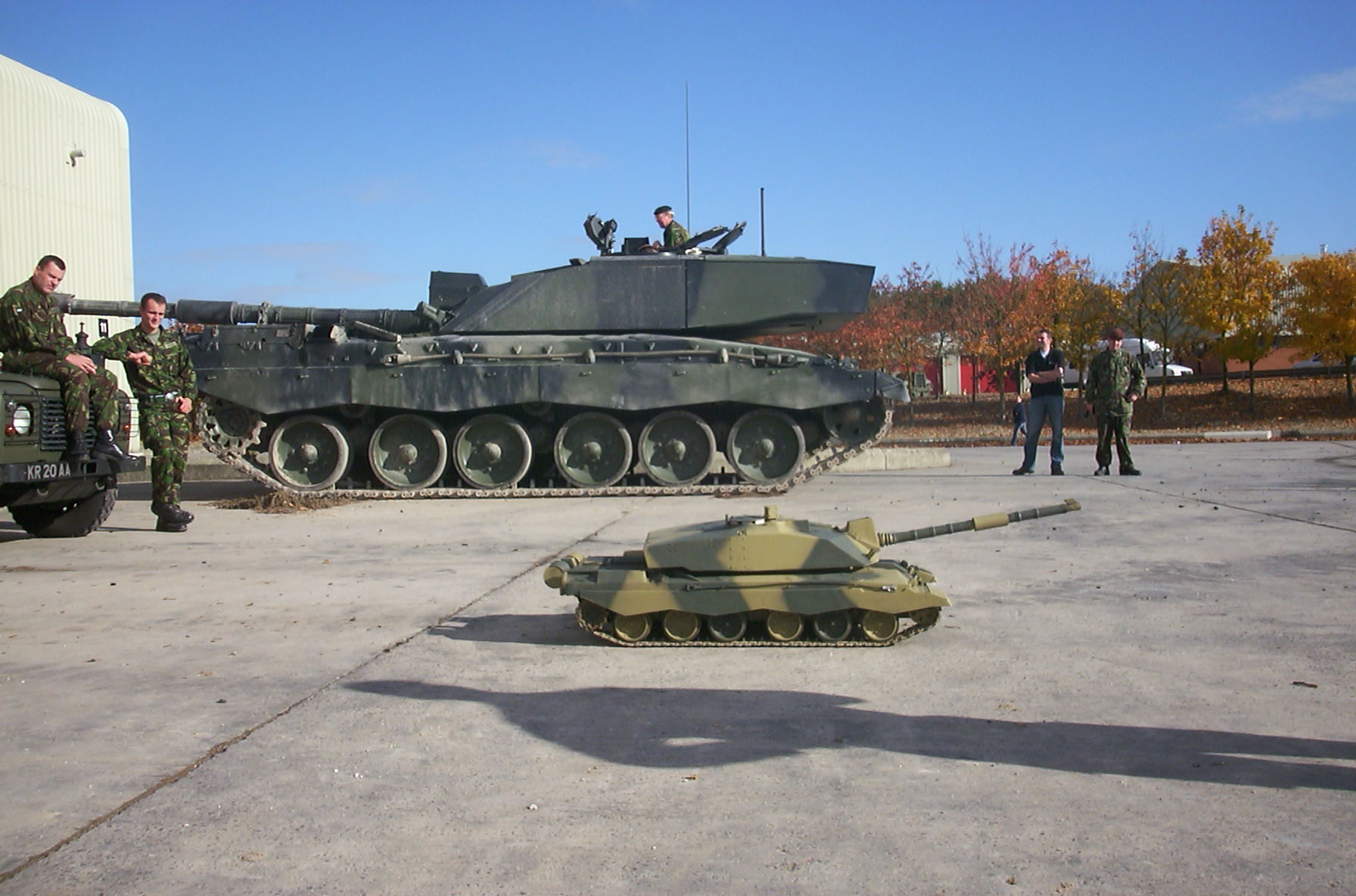 Mark Spencer: “There was another great story where I actually got to see some real modern tanks up close. It was when I supplied a 1/6 Challenger RC tank to the British Army. They contacted me saying they were interested in my models and I asked them if they had some real ones. ‘Well, yea!’ they told me, so I asked if I could come have a look.

So I went down to the base with my model, and it was amazing to meet them and see the actual Challenger 2. It turns out, whilst I was really interested in their real tanks, they were more interested in my models! They were rather impressed mine could do a neutral turn when they actually try to avoid that with the real thing.”  *laughs*

That’s impressive! How much would a tank cost a customer?

“They are expensive to build but cheap to maintain. I’d go as far as saying that they are the cheapest RC tanks out there with regards to maintenance costs. I put in a lot of time to gather the parts, mount them and test them. From the ordering of the parts to the moment it’s ready for delivery to my customers, it can take a good three to four months.

Thanks very much for taking the time out to chat with us and for coming to do some maintenance on Fritz and Dmitry!

Want to see the tanks in action?

Check out the photos and information on the Mark 1 Tank site, or for more action click on some of the videos below.