By now all of you are well aware that the Grand Finals are kicking off on 4th April in Warsaw. By 6th April, one of the fourteen teams will be standing victorious with the trophy … but what will the trophy look like? And how will the US$300,000 prize pool be distributed? The key points are revealed here!

This is what the teams will be playing for! Finely crafted from steel and unofficially called the Monolith, it will stand as a monument to one team’s success for many years to come. But who will be the lucky ones raising it aloft come 6th April? Only time will tell.

Along with the Monolith, the teams will be competing for a total prize pool of US$300,000! Unlike in previous competitions where we have distributed prizes based solely on a team’s final position, the prizes for the Grand Finals will depend partially on the final rank reached, but also on each team’s battle-to-battle performance in each game throughout the whole tournament. The fewer losses or draws a team has, the bigger the final prize!

For each match, there will be a total amount of prize money that the two teams could claim. The total for each match will increase as we progress deeper into the Grand Finals.

If a team manages to win the tournament without losing a single match, they could win a total prize of over US$100,000! You can see that there is a lot to be gained from dominating each and every battle, avoiding draws and losses. Teams can also increase their share of the spoils by winning the prize pool generated by the Blitz Mechanism!

We’re also introducing a “Blitz Mechanism” to reward teams who win matches quickly. When two teams draw a battle the money will be removed from the pool available for that particular match. This money will be put into a pot that is only accessible through the Blitz Mechanism. Each day during the Grand Finals, the team that wins a battle in the shortest amount of time that day will be rewarded with this pool of money. We hope that this mechanism will encourage the teams to try more aggressive tactics. We’re looking forward to seeing which teams will try to claim this prize by using crazy rush tactics!

If you’re a hardcore World of Tanks eSports fan and want to know exactly how each of the above rules works, we’ll publish the full rules of the tournament right before the start of the Grand Finals.

There’s a lot at stake for the players, who will crumble under the pressure? 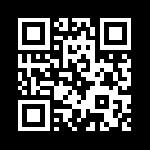