Twilight of the Gods: Rules

The new in-game event “Twilight of the Gods” will be launched on the Event Map, which will work alongside the Global Map with standard rules. 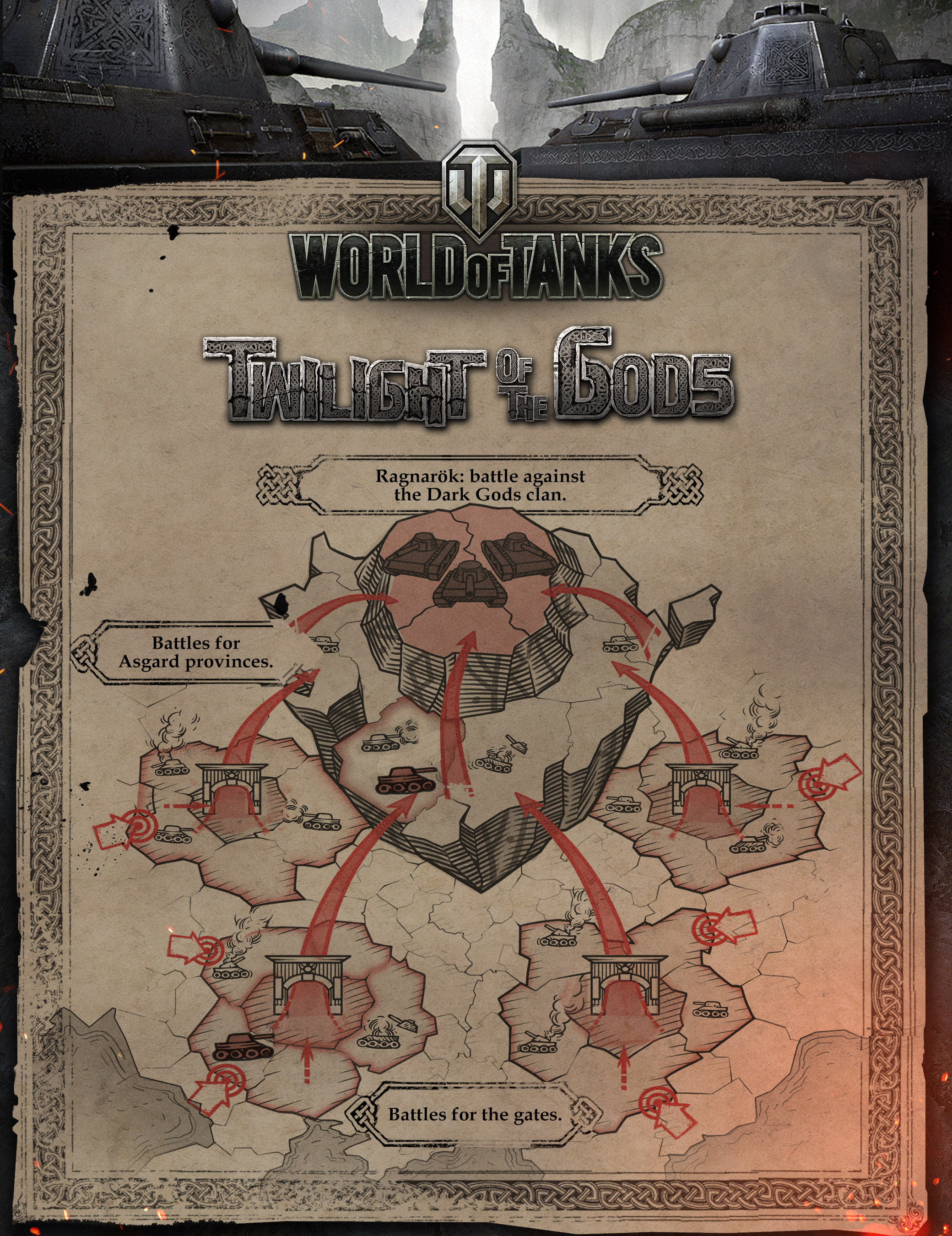 The in-game event “Twilight of the Gods” will cover the period from 2 September until 13 September. All clans can take part in the event regardless of whether the registration date of the clan is before or after the start of the event.

Vehicles up to and including Tier VIII can take part in all battles.

At the beginning of the event (2 September) the map will be wiped and World Redivision will commence.

Note! Vehicles that were destroyed in-battle during the event will not be frozen.

World Redivision will be implemented from 2 September to 3 September:

If, during a landing tournament, the battle against the Province owner ends as a draw, the Province goes to the challenging clan.

World Redivision ends on 3 September at 09:00 UTC after which the “Twilight of the Gods” event rules come into force:

(2) Special event rules and how to get to Asgard

Rules for default regions of the event map:

Important: We recommend that clan officers pay attention to this fact and make all chips movements only after the appearance of Closed Gates and related Revolts. 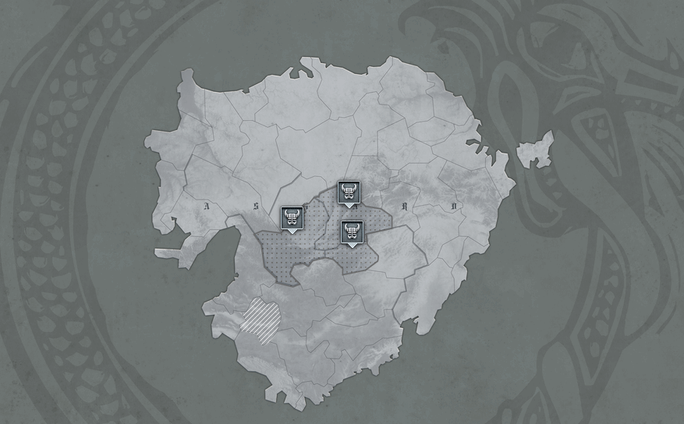 Rules for the Final battle during Ragnarok:

VP information will become available after the first event battles are held. VP data will be updated each hour.

The basic amount of FP that players will get during the event equals the sum of experience of the battle participants, divided by 15, without premium account or actions modifiers.

A clan participating in a Revolt or landing battle gets a basic amount of FP for each battle, except for battles against a Province owner.

All boosting coefficients that apply during the event are displayed in the table below. The final amount of FP will be calculated after all the coefficients have been applied. If several conditions are met, the coefficients are added together.

Coefficients by Province type have the following values:

Both the Battle Type and Province type will be taken into account when making the calculations.

Please note: The Rigging of battles is a violation of our regulations. The penalty is a withdrawal of FP or an account ban.

If there is a dispute regarding any aspect of the event, such as the crediting of FP,  accusations of battle rigging, etc., the World of Tanks administration may request a battle replay, screenshots, or other information connected with the dispute. If the required information is not provided, a decision will be made regardless. All decisions are made at the sole discretion of the World of Tanks administration. We strongly recommend turning on the replay recording option in game settings.

Information about player positions in the Alley of Fame will be updated each hour.

(4)    Twilight of the Gods rewards and memorable achievements.

Prize pool of the “Twilight of the Gods” event:

The top 20 clans by VP will be rewarded with gold:

If two or more clans have an equal amount of VP and are in a joint place, the reward will be given to each clan.

Prize tanks for “Twilight of the Gods”:

The top 300 players in the Alley of Fame will get the Chinese Tier VIII Premium heavy tank, the 112.  If players have this tank in their garage already, they will receive compensation of 12,250and a garage slot.

Players who manage to place from 301 to 4,000 in the Alley of Fame will get the American Premium medium tank, the T23E3. If players have this tank in their garage already, they will receive compensation of 7,000and a garage slot.

Neither the Chinese 112, nor the American T23E3 are special clan tanks.

Twilight of the Gods medals:

During the “Twilight of the Gods” event, two maps will be available for players: one map will continue to work according to the standard rules of the Global Map, the other will be used for the event. Each clan has the possibility of switching between maps or leaving a map. If they choose to leave a map, the clan will lose all the Provinces on that map.

• Go to the Twilight of the Gods map.

• Go to the Global Map with standard rules.

We would like to remind you that all World of Tanks activity can be tracked in the Event Calendar.

Good luck in your battles!