A new Clan Portal update is coming to further extend the clan statistics and provide new information about clan players.

One of the main innovations of this update is Clan History, where players can view a list of all the clan events and changes since the launch of the new Global Map.

With this update, the clan portal introduces an advanced search–you’ll be able to search for either clans or individual players. By default, both clans and individual players are searched for, and the results are displayed together and divided into "Clans" and "Players" sections. You can also use a "Clans" or "Players" filter to search within these groups.

This update introduces a new option for viewing clan changes. Now you can see all the clan position changes, the date, and the initiator of the changes in the clan profile.

Clan members will be able to see who initiated the clan’s various changes, for example, who accepted a player into the clan or assigned a player to a new position. Players who are not enlisted in this clan can only see what changed and when it happened, but not the initiators of the changes.

Future additions to clan history will include new information regarding statistics on the Global Map and in Battles for Stronghold, which makes it easy to find all the relevant information about the actions of the clan at any time.

A new feature is available with the latest clan portal update–now you can search for players, which can help recruit new clan members and build up a clan. To find a player, just enter at least three characters of a username. In the search results, you’ll see the players found and their main stats. All active players, including those who are not enlisted in any clans, are included in the search. 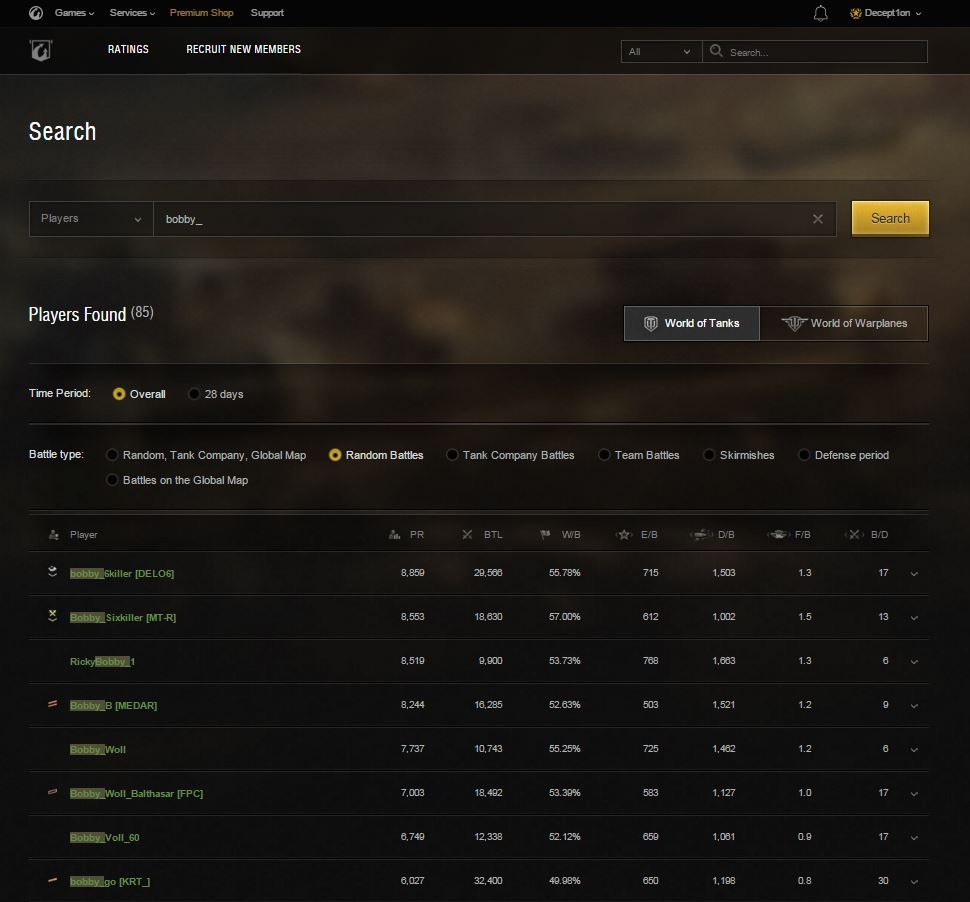 Select a player to see their statistics and to evaluate their activity for either their overall playing period or the last 28 days. Players’ clan history is another new feature added in the update. In this block, you can see the number of clans a player has been enlisted in and the total number of days of clan membership, as well as detailed information about each of these clans, the number of days the player was enlisted in each clan, and the player’s position in each clan.

If the player is not currently a clan member, it only takes a couple of clicks to send an invite to the player, who will receive a notification on the clan portal and in World of Tanks, and will be able to respond shortly. 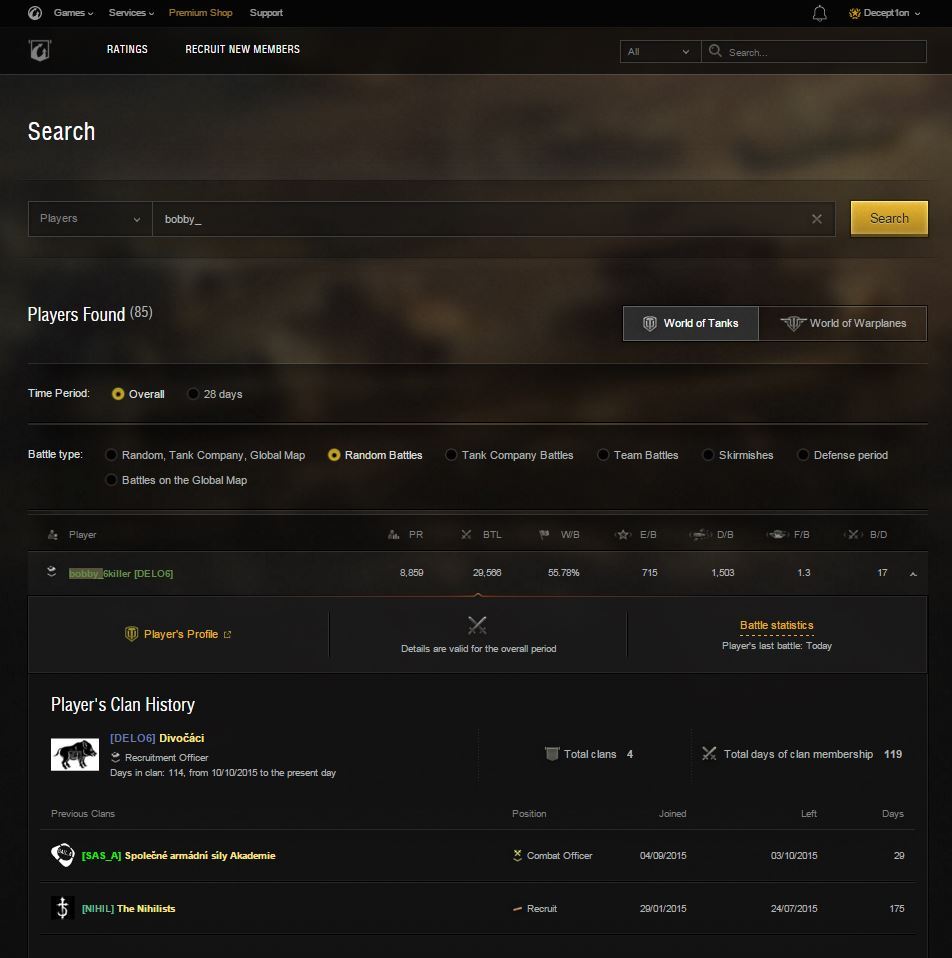 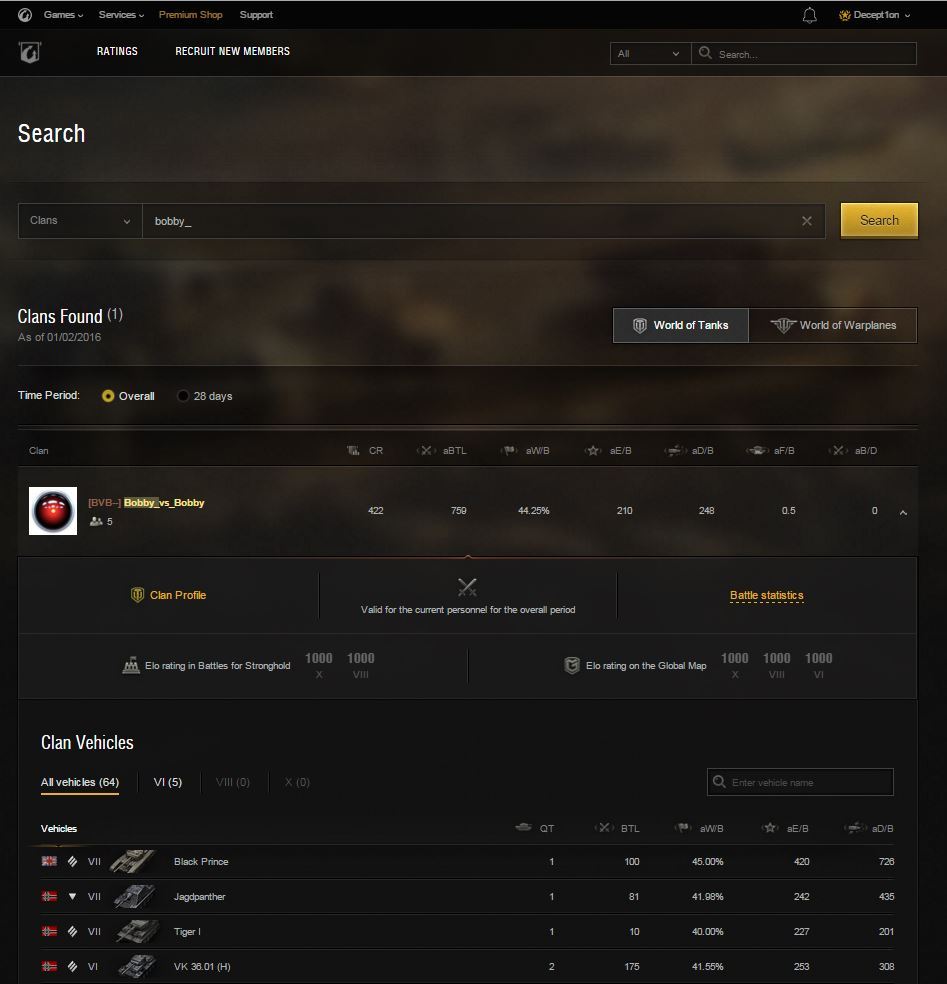 You can now search for a clan by either its clan tag or name; at least two characters are required to start the search and display matching clans, as well as their main battle stats for the overall period or the last 28 days. Click a clan from the list to see even more details about it. If you’re looking for a clan to join, choose a clan you like from the list, write a short message and submit a clan application.

The clan developers team continues to work on enhancing clan content and extending clan features on the portal. Stay tuned!