As you may know, we're in the middle of the 2018 edition of Tankfest, which is the perfect occasion to shed some light on the magnificent vehicles featured in the Bovington museum! Like us, you probably love these machines, so we also thought a few special offers would be appreciated.

Therefore, we decided to grant you a 20% discount on all gear related to the iconic 5 tanks listed below!

Hurry though, as there is a limited stock of all of these items!

The tanks of Bovington 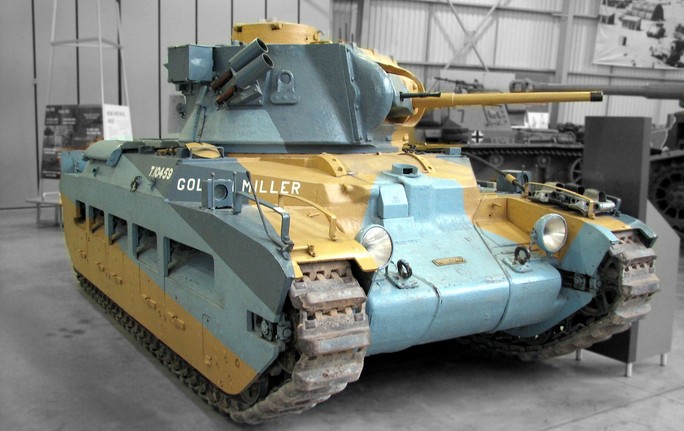 The lady of Bovington

The Bovington Tank Museum features one of the most iconic tanks of the North African campaign, the British Matilda II, known for its very thick armour, which caused German forces to worry. Indeed, until 1941, the Matilda II was the most armoured European tank of the conflict, that's why this glorious vehicle earned the nickname "Queen of the Desert".

Obviously, a queen needs to be treated with great care. After years of cruising with the museum running fleet, this lady needed a proper renovation, which is featured in the Matilda Diaries, an amazing video series for you history buffs out there. Check it out here on the Tank Museum channel!

An armour made of blocks 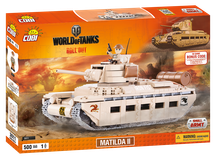 If you are inspired by this backstory and the fascinating videos, we thought some of you might be interested in a little souvenir featuring the "Queen of the Desert".

Well luckily for you, we are bringing you this Matilda II construction set with a 20% discount!

Like World of Tanks, the Tank Museum features vehicles from different time periods. Indeed, at Bovington you'll find a Leopard I, which was the main battle tank of West Germany. Designed and produced in the sixties, the Leopard quickly set the bar for European forces and was shipped to more than a dozen countries worldwide.

The Leopard of Bovington is actually one of the two pre-production vehicles supplied to the United Kingdom in exchange for Chieftains, their British counterpart. 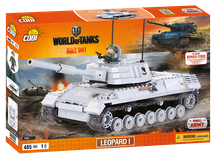 Collectors of any age, rejoice!

The Leopard I is also one of the Small Army models from COBI, and you fans of sixties tanks out there can now treat yourselves with this 485 block set, at a 20% discounted price!

The Sherman is arguably the most famous tank of the World War II so you're probably very familiar with it by now, but the M4A1 featured at Bovington deserves more than a few words. Indeed, this tank is almost certainly the oldest of its kind.

Christened "Michael" in honour of the famous chemist Michael J. S. Dewar when he arrived in London, this M4A1 is actually the first Sherman delivered by the United States to the United Kingdom under the Lend-Lease supply program. 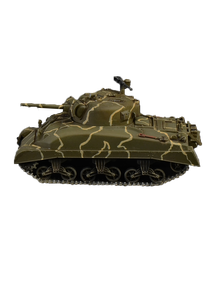 If you prefer acrylic paints to small blocks, our friends at Italeri have got you covered with a cool model set featuring one of these famous M4A1 Shermans.

This product was already perfect to earn your stripes in the modelling word, but a 20% discount never hurt anyone, right? 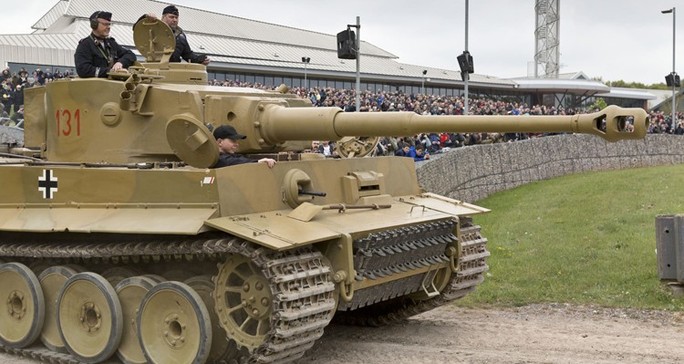 Like the Sherman, the Tiger I is one of the most iconic vehicles of World War II, but the reputation of this heavy German tank is far more sinister. Because of its formidable 88 mm gun and thick armour, the Tiger was feared by all Allied tank crews.

Most of the Tigers were lost through technical problems but the famous Tiger 131, displayed in the museum, was actually captured after three (very) lucky shots. It was the first of its kind to be captured by the British forces. Since then it has been inspected by King George VI and Winston Churchill, and even featured in movies like Theirs is the Glory, They Were Not Divided or most recently, Fury! 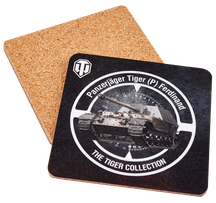 Between games of World of Tanks, we like to drink in style.

For the fans of Tigers out there, we made this classy collection of coasters, which features the Tiger I, its big brother the Tiger II, and their destroyer variants, the Ferdinand and the Jagdtiger!

Now discounted at 20% of their original price!

The Cromwell origins are quite complicated but one thing is for sure: this was one of the fastest tanks of the World War II. Designed in 1942, this British tank was pretty late to the party, and after years of problem solving, the Cromwell finally saw action in June 1944.

This tank, named after the English leader of the Civil War, Oliver Cromwell, first fought in Normandy. There it was part of most British forces, although the Cromwell tank displayed at Bovington wears the markings of the 1st Polish Armoured Division. 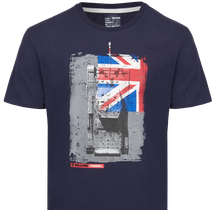 Although it's not obvious at first sight, this T-shirt features a Cromwell tank behind the colourful British flag.

A great way to test your friends' knowledge, now discounted at 20% of its price!

Treat yourself for the upcoming summer days!

One last treat for the road! If you're looking to buy new tanks, now is a perfect time!

For every order you make on the Wargaming Store - and we're pretty sure that at least one of the offers listed above has caught your eye - you'll receive a 20% discount available in our Premium Shop!

Tankfest is a great way to share your passion for World of Tanks! So don't wait any longer and reward your fidelity with all these sweet offers!