By 1944, it was clear to the American forces that German tanks outclassed their fast but lightly armored Sherman tanks. They needed an answer to the enemy's Panther and Tiger that could withstand a hit and take out the powerful foes. The T26 series of the Pershing class was intended to do just that. These new vehicles boasted a lower profile, 105 mm of frontal armor, and a massive 90 mm gun. The first T26E3s reached Europe in February 1945 during Operation Zebra. Among them was the

T26E3 Eagle 7 , under the command of Sergeant Bob Early. 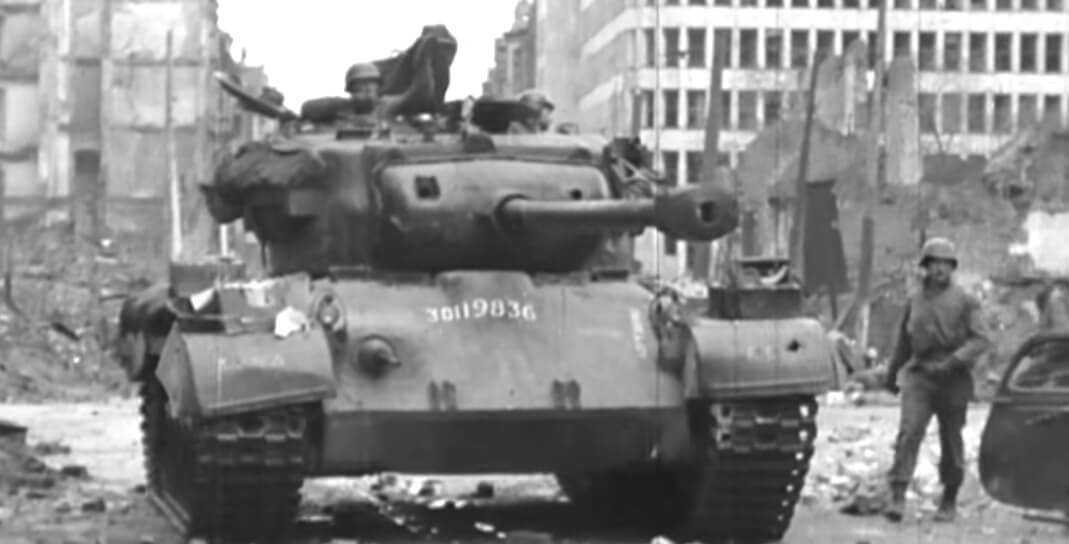 On March 6, 1945, Early and the 3rd Armored Division entered the city of Cologne to drive out the remaining enemy forces. Two M4 Shermans were making their way to the Cologne Cathedral when they were ambushed by a German Panther. Early and his crew received the order to assist.

What happened next was described by the T26E3 gunner, Corporal Clarence Smoyer:

"We were told to just move into the intersection far enough to fire into the side of the enemy tank, which had its gun facing up the other street [where the Sherman had been destroyed]. However, as we entered the intersection, our driver had his periscope turned toward the Panther and saw their gun turning to meet us. When I turned our turret, I was looking into the Panther's gun tube, so instead of stopping to fire, our driver drove into the middle of the intersection so we wouldn't be a sitting target. As we were moving, I fired once. Then we stopped, and I fired two more shells to make sure they wouldn't fire at our side. All three of our shells penetrated—one under the gun shield and two on the side. The two side hits went completely through and out the other side."

What makes this encounter between a Pershing and a Panther exceptional to this day is not that it was one of the first but that it was captured on film by Sergeant Jim Bates of the U.S. Army Signal Corps. The original footage is still available, although viewer discretion is advised. For a more viewer-friendly account of the actions on that fateful day in Cologne, check out "The Cologne Tank Duel" by Yarnhub.

This is your chance to take to the battlefield like Sergeant Early, with good frontal armor, a tough gun mantlet, and a reliable 90 mm gun with high penetration. Take advantage of the terrain and use the 10 degrees of gun depression to surprise enemies from hull-down positions. Add the historic Eagle 7 to your tank collection, and don't forget to check out the additional offers in the Premium Shop. 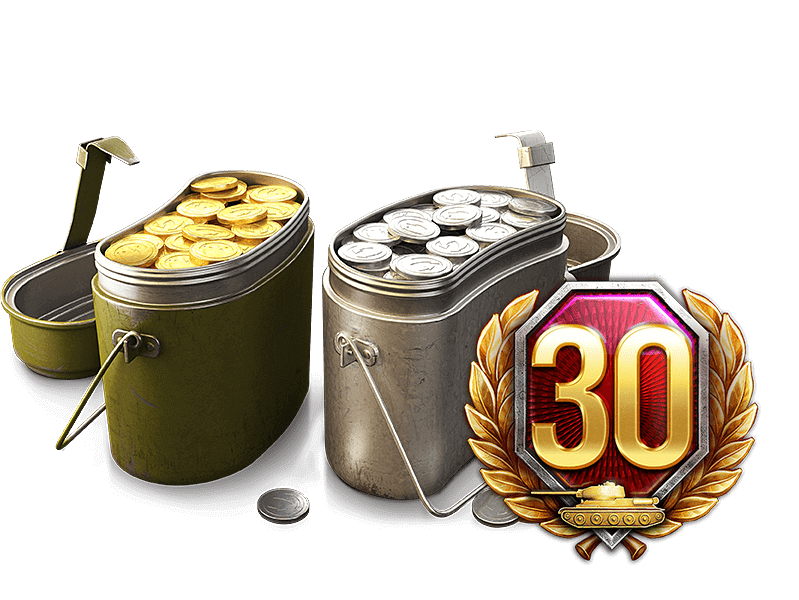