It’s almost time to feel the FURY both in cinemas and in World of Tanks!

FURY is an upcoming movie from Sony Pictures. In FURY, it is April, 1945. As the Allies make their final push in the European Theatre, a battle-hardened army sergeant named Wardaddy (Brad Pitt) commands a Sherman tank and her five-man crew on a deadly mission behind enemy lines.  Outnumbered and outgunned, and with a rookie soldier thrust into their platoon, Wardaddy and his men face overwhelming odds in their heroic attempts to strike at the heart of Nazi Germany. Written and directed by David Ayer, the film is produced by Bill Block, David Ayer, Ethan Smith, and John Lesher.  The executive producers are Brad Pitt, Sasha Shapiro, Anton Lessine, Alex Ott, and Ben Waisbren.  The film, a Columbia Pictures presentation in association with QED International and LStar Capital, is a QED International / Le Grisbi Productions / Crave Films production.

This video may contain scenes of violence and explicit language

The release of this movie will be celebrated with the addition of a new Premium tank to the game.

Take a look at the M4A3E8 “Fury” Tier VI, American Premium medium tank that will be available in-game to coincide with the film’s European release. 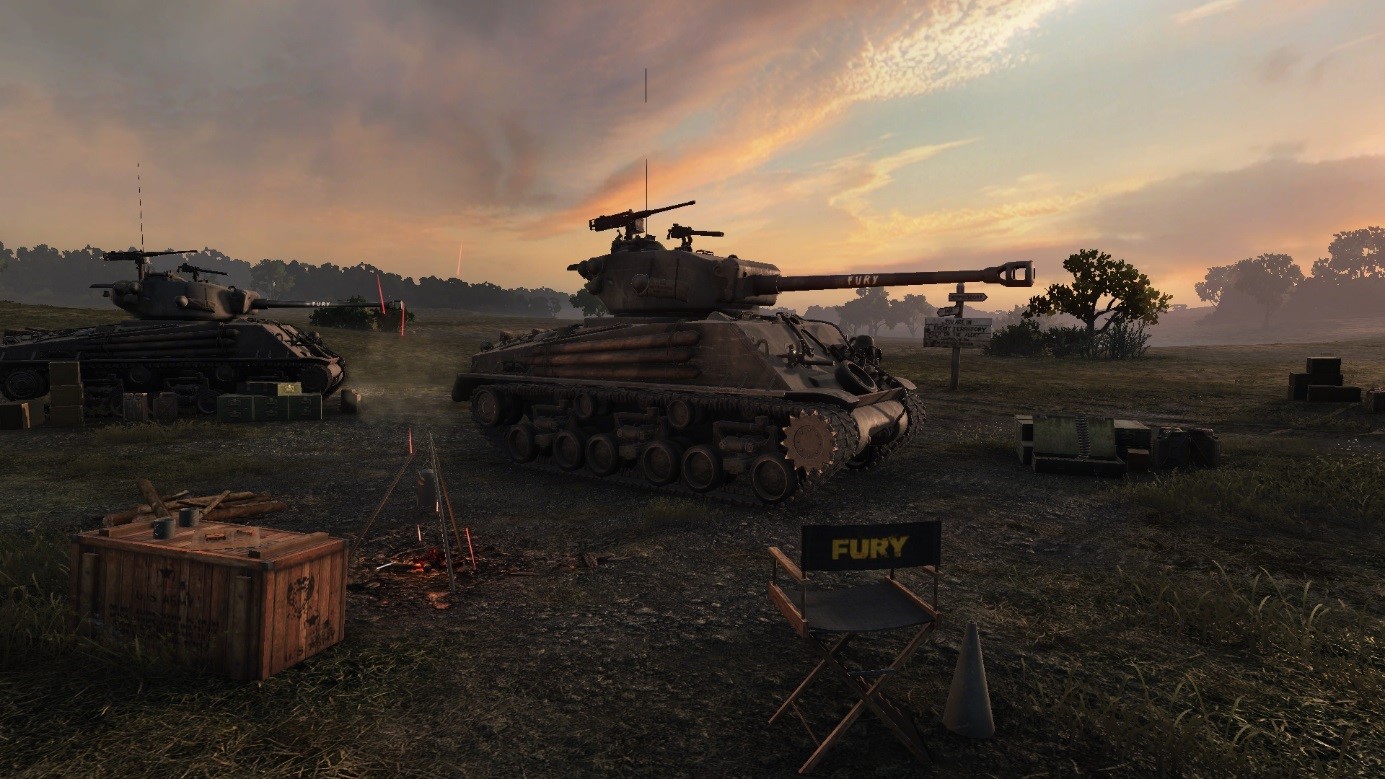 As you can see by the iconic markings on the barrel, this Sherman is decked out like the star of the show. One day soon it may also have a starring role in a battle near you.

Although it occupies the same tier as the regular M4A3E8, this tank has the benefits of a Premium vehicle. It comes better equipped than a Sherman in stock configuration and can earn more credits per battle. It is also useful for speedier crew training thanks to its built-in XP multiplier.

We also have planned a special celebratory Garage theme based on the sets of the movie and a special portal skin that is previewed in the top banner of this article. 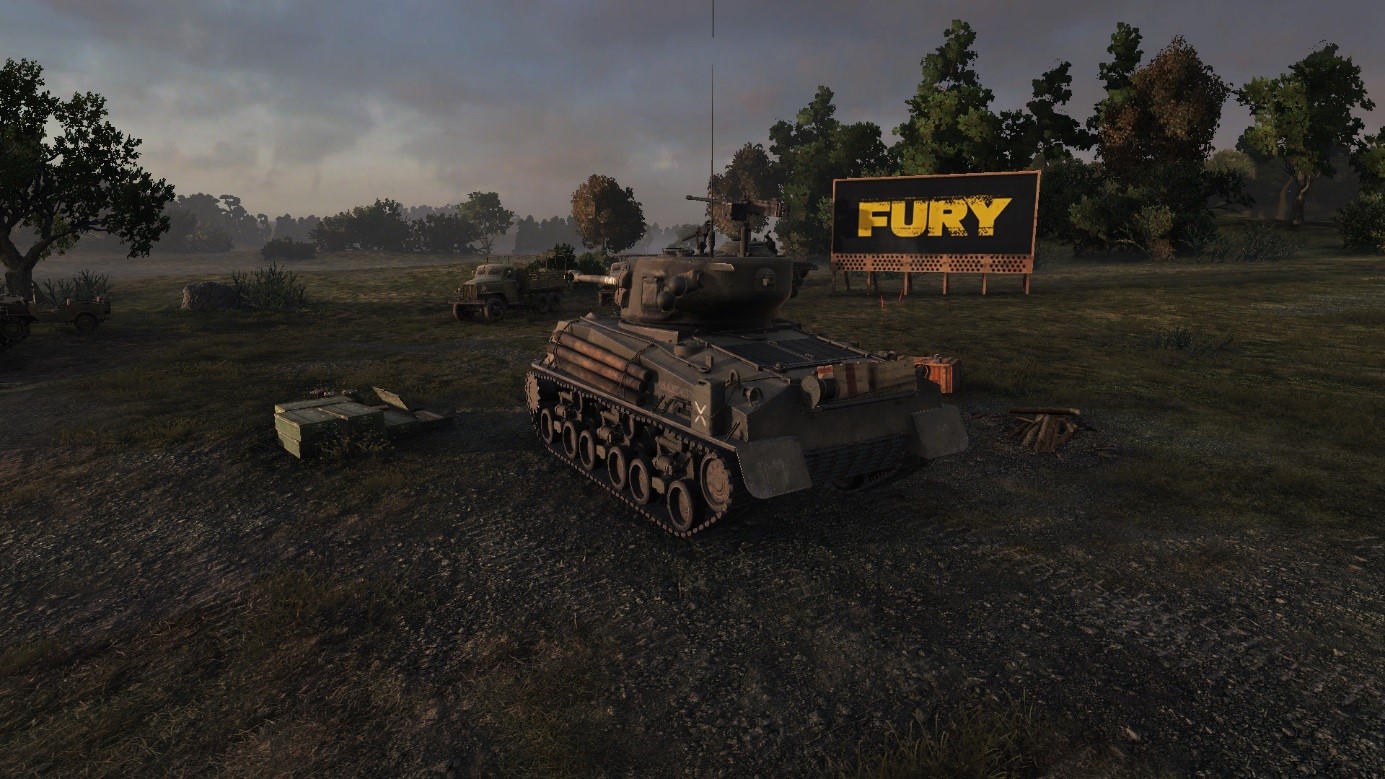 In addition, keep your eyes peeled for a cast of Special Missions and Offers that will be announced closer to the movie’s release!

See Fury, only in Cinemas!