The Chinese Are Coming

The 8.1 update has already been live for a nice couple of days. At Wargaming we know, that you never have enough of the real steel! That is why we have already planned to bring you the 8.2 update with even more tanks to roll out with by the end of this year.

The Chinese tanks are coming in with a bang! We hope that you’re as excited as we are!

The 8.2 update will bring the new Chinese tech tree, which will at first contain light, medium and heavy tanks. The following vehicles will be included in the tree when it will be launched: 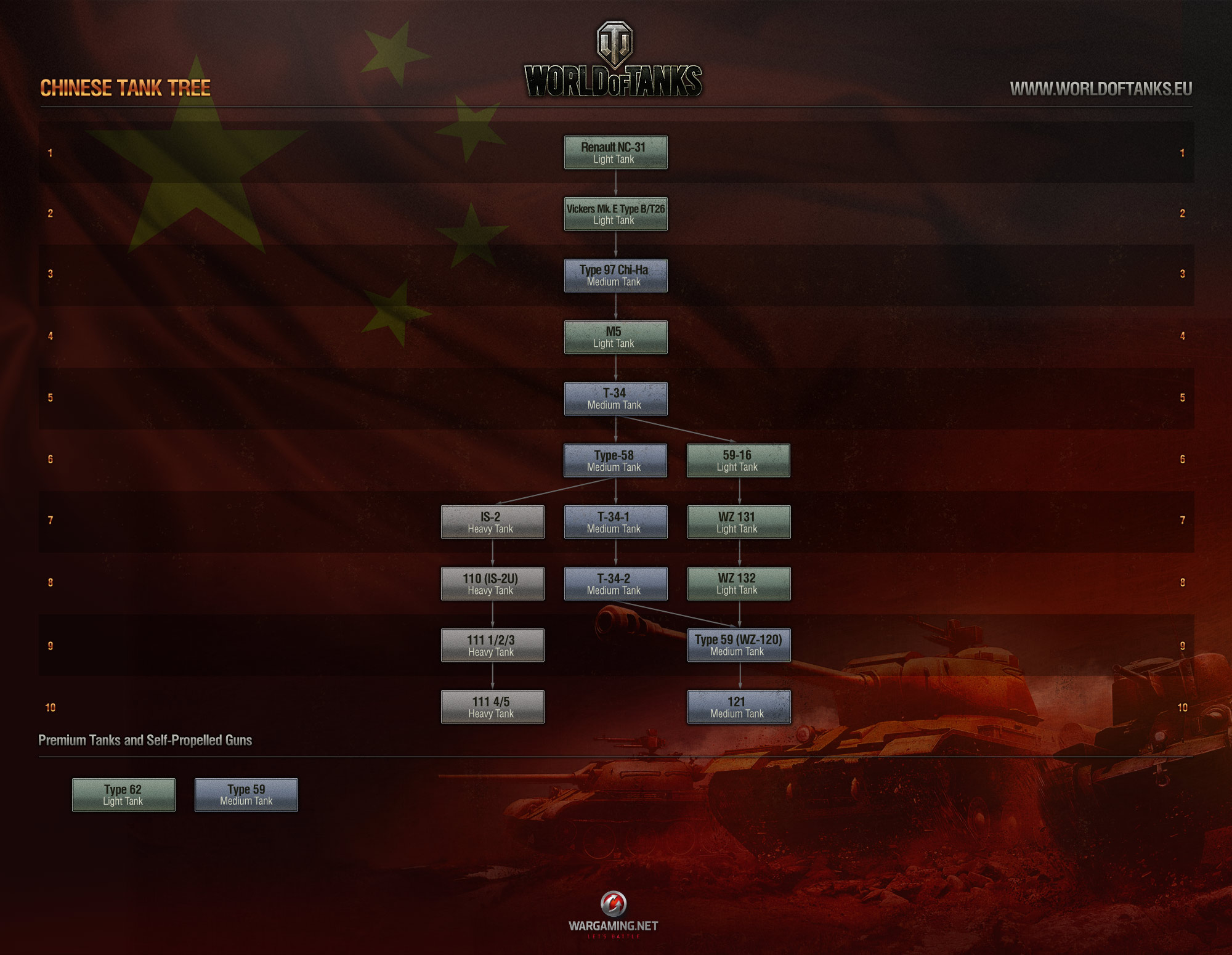 Apart from the video we have prepared a few new renders, screenshots, and a special high resolution art, so that you can take a very close look at the new monsters! Enjoy the T-34-1, T-34-2 and the Type 97 CHI-HA!

Are you interested in the Chinese tree? If not, fear not! We will also deliver other vehicles. The update will deliver 5 new American tanks:

Tanks is not everything in World of Tanks. What would tanks be without battlefields? With the 8.2 update we will continue the process of upgrading maps to the new rendering system which was started with the 8.0  update and give them the nice facelift! The following four maps will be upgraded:

All these new features and fixes are being cooked for you by our World of Tanks developers! The 8.2 update will also bring the usual amount of fixes to make your gaming experience even better!

Check out the In Development page for more details and keep on reading the news section for more information!