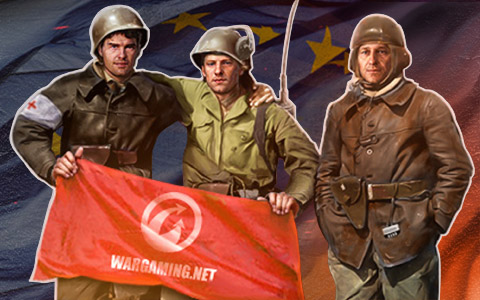 Our recently opened European Wargaming Headquarter in Paris is looking for reinforcements on their endeavor to supporting European players.

“We are not a small company, we are becoming a global player,” said Wargaming.net Managing Director Europe Frédéric Menou. “I am happy to be a part of the team and looking at the people around me I can say that there’s nothing that can hinder us from becoming the best company in the industry.”

“Having an office in Europe will get us much closer both to our gaming community and our partners,” said Wargaming.net CEO Victor Kislyi. “We have an excellent team of professionals able to get us to the top. It’s just a matter of time now.”

If you are up for this challenge and have the needed expertise to fill one of the roles listed below, do not hesitate to apply for said position.

We are currently looking to fill these positions:

Wargaming.net® is an award-winning online game developer and publisher, incorporated in the UK. Its 270-strong development team is located in Minsk, Belarus. Since 1998, the company has shipped 13 titles, including acclaimed Massive Assault series, Order of War RTS published by Square Enix, and three add-ons for Blitzkrieg II. At the Russian Game Developers Conference (KRI) in 2009 and 2010, Wargaming.net® was named The Best Developer Company from ex-USSR. At KRI 2011 the company was awarded Industry Prize and World of Tanks® won the Best Game Award. The company’s headliner project, World of Tanks®, gained the Guinness World Record for the Most Players on One Server Simultaneously. Currently, Wargaming.net® is developing the next action MMO, World of Warplanes.

You can also find a full list of vacancies including their job descriptions and requirements on our forums.

Wargaming is an internationally operating company with offices in Belarus, France, Germany and the United States, our official office language is English. All application forms need to include a cover letter and curriculum vitae in English and need to be emailed to jobs-eu@wargaming.net.