Interview with the Winners of IEM Hanover: Lemming Train

The Final of the Intel Extreme Masters has just ended, and the winners are now known. The proud team who have come back home with the tournament trophy is Lemming Train!

How do the champions feel after their victory? Check out our interview below to find out! 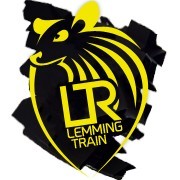 We worked hard after Katowice. After that tournament we fixed our communication issues. The game was really close. Losing 2:1 we managed to achieve final victory, it wasn’t easy for us. We were really nervous at that moment, we managed to not get depressed at that point and push on.

Organization was far better than on the first day. After 1.5h there were some technical problems, and after that people get nervous. Today it was flawless.
In the group stage we played a little bit like a “test” of our enemy, we didn’t play our best. We didn’t want to show off with all the best tactics. It did pay off, today we surprised enemies. All teams were very smart not doing everything they could yesterday.

SPALE really impressed us during this tournament. They are focused and fast thinking. In reality, they were the best prepared for this tournament, even better than us. They really grew since the group stage of the ESL EMS.
We thought that Kazna Kru was the most dangerous enemy. On city maps Kazna is really very good, what could be noticed during the qualifiers.
Zawisza had a lot of bad luck in the group stage. During the fight for the 3rd place they really played their best. Andrew has again proven that he is one of the best artillery support drivers in eSport at the moment.

What do you think about the League?

We think that it was a marvelous idea. Mainly because World of Tanks really needed a “main” tournament, the goal for every single team, the main focus. We think that this will make the overall team level far higher.

We would like to thank everyone from our team, especially those who didn’t play because of various issues (mainly Carmon).  We would also like to thank other LTR Community teams (LTR: Lucky Kuraki, LTR: Seven Sins, LTR: Super Pazie).
We would like to dedicate this victory to all our wives and girlfriends, who show understanding and their support for us, even when we play so many tournaments. Thank you!

Congratulations to Lemming Train, and to all the teams who participated to this event. If you want to read up on their thoughts  before  the finals, you can read our latest article.